A suspect and corrupt mainstream media? A culture tainted with misogyny and discrimination? A world where sex and sexuality are unnaturally and unhealthily buried? All make an appearance in the game’s branching and gripping narrative, as the game’s two leads try and track down the infamous Jack the Ripper.

Lifted from Arthurian Legend, the two main characters – Du Lac and Fey find themselves in new forms and, indeed, a new time, taking with them the pains of their past lives as they trail the path of death left by Jack the Ripper. In the midst of their investigations they also encounter a Whitechapel local Mary Kelly, a young woman with special gifts who may hold the key to the entire mystery…

Be warned, investigations are anything but linear, with an extensive branching narrative, the crucial choices the players make lead to unique – and potentially unexpected – conclusions. 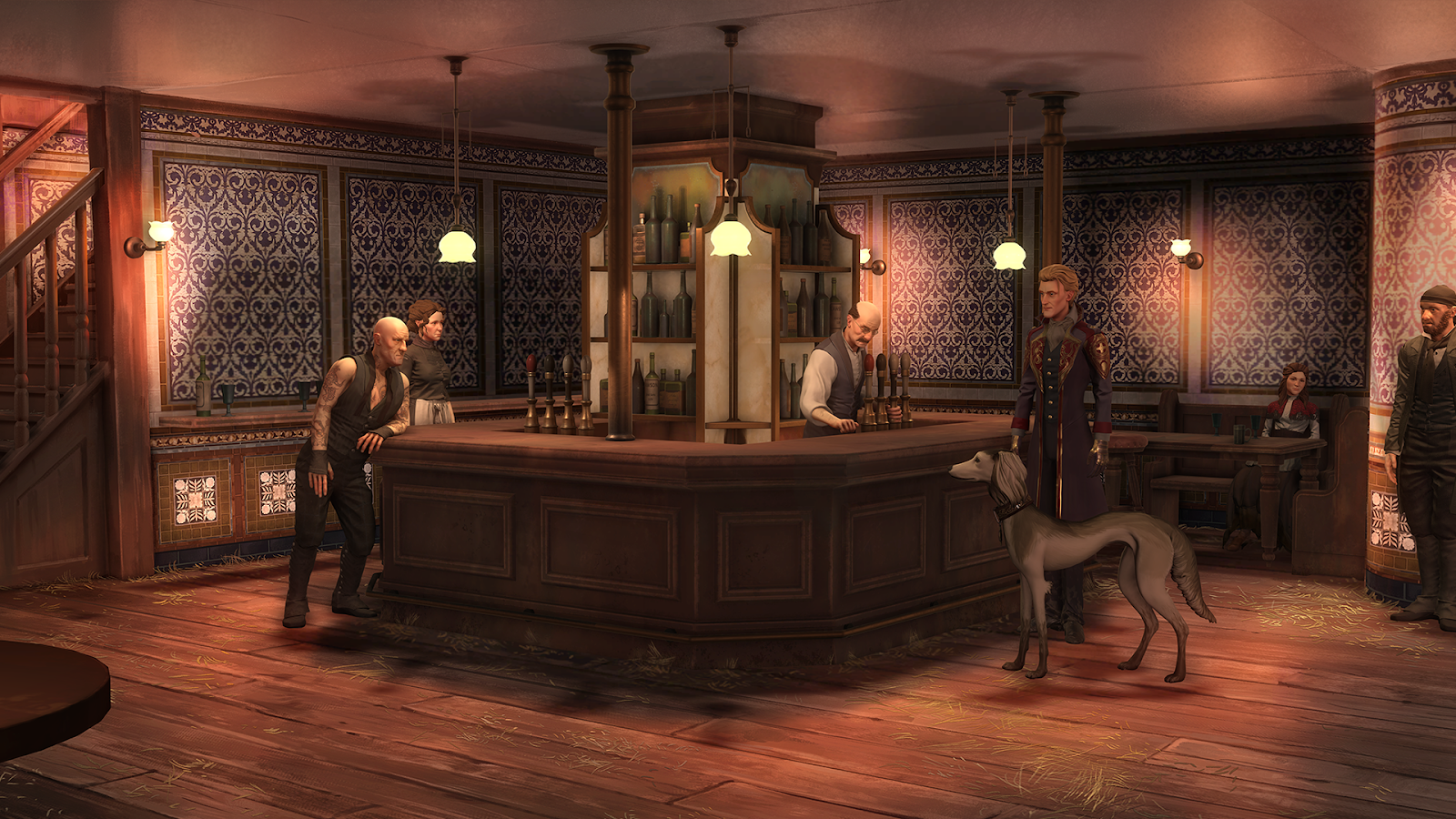 Dance of Death: Du Lac and Fey has been crafted by a team that, collectively, has worked at the likes of Lionhead and Rocksteady. Jessica Saunders, founder of Salix Games, is very much accustomed to high production values and branching narratives with here experience in the industry and she is keen to highlight that the story – which sends players back in time to the 19th century – is still in line with modern day challenges and topics.

“We can’t wait to see what people think of ‘Dance of Death’,” says Saunders. “This is an opportunity for gamers to experience a truly unique and mature narrative that doesn’t shy away from exploring human themes in a historical world. We want to mix up the adventure genre and provide a crafted experience that accurately represents Victorian London in all its gritty glory, but also add a slight magical element to it – bring a fresh new flavour and perspective to the Ripper case.”

Saunders continues, “It was imperative that we give a voice to those in the investigation that you would often ignore. Most mediums will focus on the murderer or investigation itself, but we felt the essence and detail of an engaging story exists in the people that surround the crime.  ”

Developed by a team of true artisans in games, acting, art, sound, and music, and brimming with quality, Dance of Death: Du Lac & Fey features:

Dance of Death launches on Steam for PC on Friday, April 5th 2019.

Salix Games was set up to create incredible worlds to be explored and fascinating characters to meet while you are there. Above all we want to tell great stories and craft meaningful experiences that stay with you long after you’ve finished them.

With Salix’s headquarters based near Guildford, the majority of the team works remotely around the world, with each member bringing diversity, passion and expertise to the games we make.