You are reading
Our World Is Ended – Meet Judgement 7

PQube (London, UK) April 10, 2019
– One of the elements that makes Our World Is Ended. such a comprehensive visual novel is its outstanding character design. Therefore, PQube and Red Entertainment want to put the spotlight on the game’s vivid cast today and feature the members of in-game developer team Judgement 7. The sci-fi story about an Augmented Reality project gone wrong will release for Nintendo Switch, PlayStation 4 and Steam as follows: 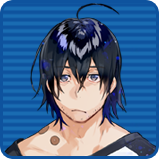 Owari is the founder and main programmer of Judgement 7. Although he is supposed to be the representative of the team, the members do not respect him because of his perverted personality. He is in fact exceptionally skilled and able to create ultra perverted programs that can not be written by ordinary people. 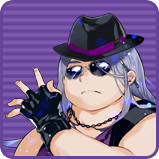 Iruka No.2
The delusional planner

Iruka No.2 is an old friend of Owari and the co-founder Judgement 7. He is in charge of the planning, scenario and setting of the team’s games. As a big nerd with particular preferences, the others can’t relate to him most of the time. The habit of sometimes raising his voice for no reason earned him the nickname “Vocal Madman”. 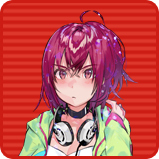 Asano is Yuno’s older sister. She composes the music and sound effects of the games. Although she is a sound designer, she is quite deaf but she doesn’t know it yet. She is blessed with the ability to destroy PCs and the hardware in her reach – including her own synthesizer, but she doesn’t really care. 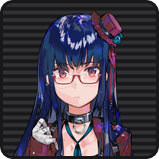 Natsumi is the style designer who lives in the office of Judgement 7 and in charge of character designs, environments, UI, and logos of the games. She is strict with herself and everyone else and always takes work seriously, but drawing makes her happy. 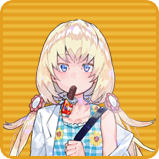 Tatiana was born in Russia but she has lived in Japan since her childhood. She usually works as a programmer at research institutes while attending junior high school in Hokkaido. She is a super genius also known as “Russian’s Hidden Treasure” but apart from her programming skills, she is inferior to most of the children of her age. Her basic social and living skills are more around the lower elementary school or kindergarten level. 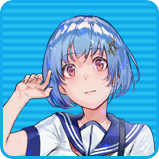 Yuno is Asano’s little sister and currently a high school student. She works part-time at Judgement 7 as an assistant and does all kinds of work. Laid-back and often in a good mood, she also happens to be a good judge of character. 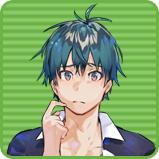 Reiji is a university student who dreams of becoming a game designer. He works part-time while attending university. As a relatively normal and social guy, he stands out among the other members of Judgement 7.

As announced earlier, fans who pre-order or get the game Day-One will be rewarded with a special edition, including:

Red Entertainment is a company that engages in entertainment planning, and creation of characters and contents. Building upon the capabilities for project planning, production and coordination that we cultivated over four decades, we develop works across a variety of media and genres. Our line of business encompasses a wide range of entertainment fields covering from consumer games like Sakura Wars to social games, pachinko/pachislot, books, theatrical production/live events, CDs, movies/animation, and character-themed goods. Through offering development service business, planning/producing business, licensing business and merchandising business, we cooperate and collaborate with client companies to provide works full of surprise and excitement to the customers around the world.

We thank all our partners and acknowledge all game names, brands and trademarks as properties of their respective owners. Visit: www.pqube.co.uk/games