Final Fight was a popular beat ’em up in the early nineties that also gave birth to a series on SNES. The story featured a fearless mayor, named Haggar, whose daughter was kidnapped by a criminal gang that controlled his city, so he set out to save her, aided by his two friends, Guy and Cody. Those two guys later became characters in the Street Alpha series but Haggar never made it, maybe because there was already Zangief, another super muscular dude.

Final Fight Streetwise includes the above heroes but, inexplicably, they are not playable; instead, they only appear in specific stages and fight alongside you. The hero is a generic guy who earns money by participating in underground battles, tries hard to sound tough and searches for his missing brother, Cody. Gradually, he discovers there is a new criminal organization in town, which manufactures a powerful drug that threatens to destroy the fabric of society. To be frank, I couldn’t care less, as I prefer the classic “save the princess” type of story.

Another thing I found strange is the game’s structure: instead of putting the player in stages where he/she confronts groups of thugs, defeats a boss and progresses to the next stage, thus creating a sense of fast pacing, here you have small areas, connected to each other, for example via a train station, that are supposed to be parts of a town. However, these areas are so small and movement in them is so limited (you cannot enter most buildings, except for a few shops) that this “town” looks fake. 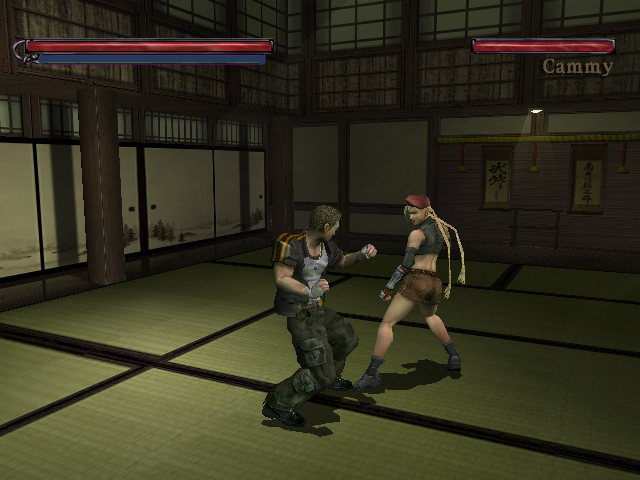 The graphics are not appealing either. Old school beat ‘em ups often had colorful backdrops with details that caught you attention but Final Fight’s locations are bland, showing few colors and lack of style. As for the sound, I don’t recall anything particular about it.

So far Final Fight Streetwise seems like a loser, nevertheless, I enjoyed it. Why? Because it offered what I mainly expect from a beat ‘em up: the opportunity to smash dozens of bad guys mercilessly using easy to learn controls. Indeed, the main character delivers punches to all directions with speed and devastating power. You may find yourself in a dark alley surrounded by half a dozen thugs but in a few seconds they all lie on the ground. Besides your fists, you can use deadly weapons, such as knives and bats, or purchase special moves and other upgrades, necessary for the last stages. Those small additions provide the game with some much needed variety and increase the fun level. 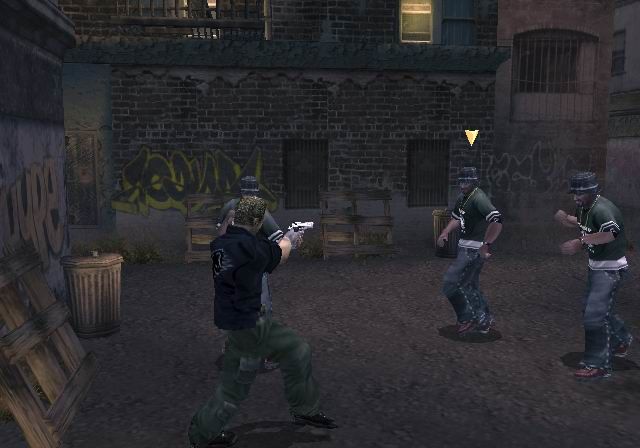 Besides fighting gangs you also face stronger opponents in a ring and a few bosses. Those are much stronger and cannot be defeated just by mashing buttons. Unfortunately, Capcom thought it would be a good idea to have the player face something different in the last stage, namely… zombies (I am not kidding). This decision is both illogical and irrelevant to the game’s theme and although they tried to explain it (zombies are created by the aforementioned drug) it harms the game. Thankfully, the zombie area is not long, although it is by far the hardest stage and I only vanquished the final boss with the help of luck.

To conclude, Final Fight Streetwise is a half-hearted effort on behalf of Capcom. It seems as if they did not trust their own series and could not decide how it should evolve. In addition, the production values are mediocre. I could recommend F.F.S. to fans of beat ‘em ups, like myself, since there are very few games of this genre on PS2. However, if companies like Capcom cannot revive their own franchises I do not expect beat ‘em ups to return to their former glory.