Epic battles, memorable characters and an ancient, politically charged setting felt like a match made in heaven with the Total War series as soon as I heard it announced. I am happy to say that after many hours taking this title on from various angles, Total War: Three Kingdoms delivers on that promise that I was anxiously awaiting.

Romance of the Three Kingdoms is one of those stories that many people are at least somewhat aware of, even if they have not read it (though I did back in college), because it has shown up in a variety of other games over the years. Sometimes it is just a character, with the slightest of background information around them, such as Guan Yu in SMITE or Lu Bu in Fate/Grand Order. Probably the most common encounter for gamers has occurred with the divisive Warriors games – specifically the Dynasty Warriors. For me, it was actually decades ago on the NES when Koei produced the turn-based strategy game of the same name, Romance of the Three Kingdoms.

While I actually enjoy the mindless loot loop of the Warriors titles by and large, and the over-the-top characters from this story actually are a good fit for it, I have always felt that the Three Kingdoms period was best suited for strategy games, where the theater of war can play out with familiar locations and tremendous battles involving thousands of people. To that end, Total War is an almost perfect marriage, providing access to many different campaigns that can be experienced in a handful of different ways.

The most distinctive choice to be made is whether you want to play the game in Records or Romance mode. Records is a bit more realistic in its approach to the game’s tactics. It is focused more heavily on military strategy and is probably somewhat closer to what the average Total War fan has grown accustomed to over the years. Conversely, the Romance mode is more about the larger-than-life characters where these powerful generals become heroic, slightly overpowered characters (though not to the ridiculous levels seen in the Dynasty games) who can duel, add some major bonuses to their armies and more. Some characters are meant to be strategists of an almost magical, mythical level, while others are talented spies and others are capable of shoring up the weak point in a military formation with their combat prowess. Both modes have their value, but as someone who has a particular interest in the characters themselves, the Romance mode is far more appealing personally. 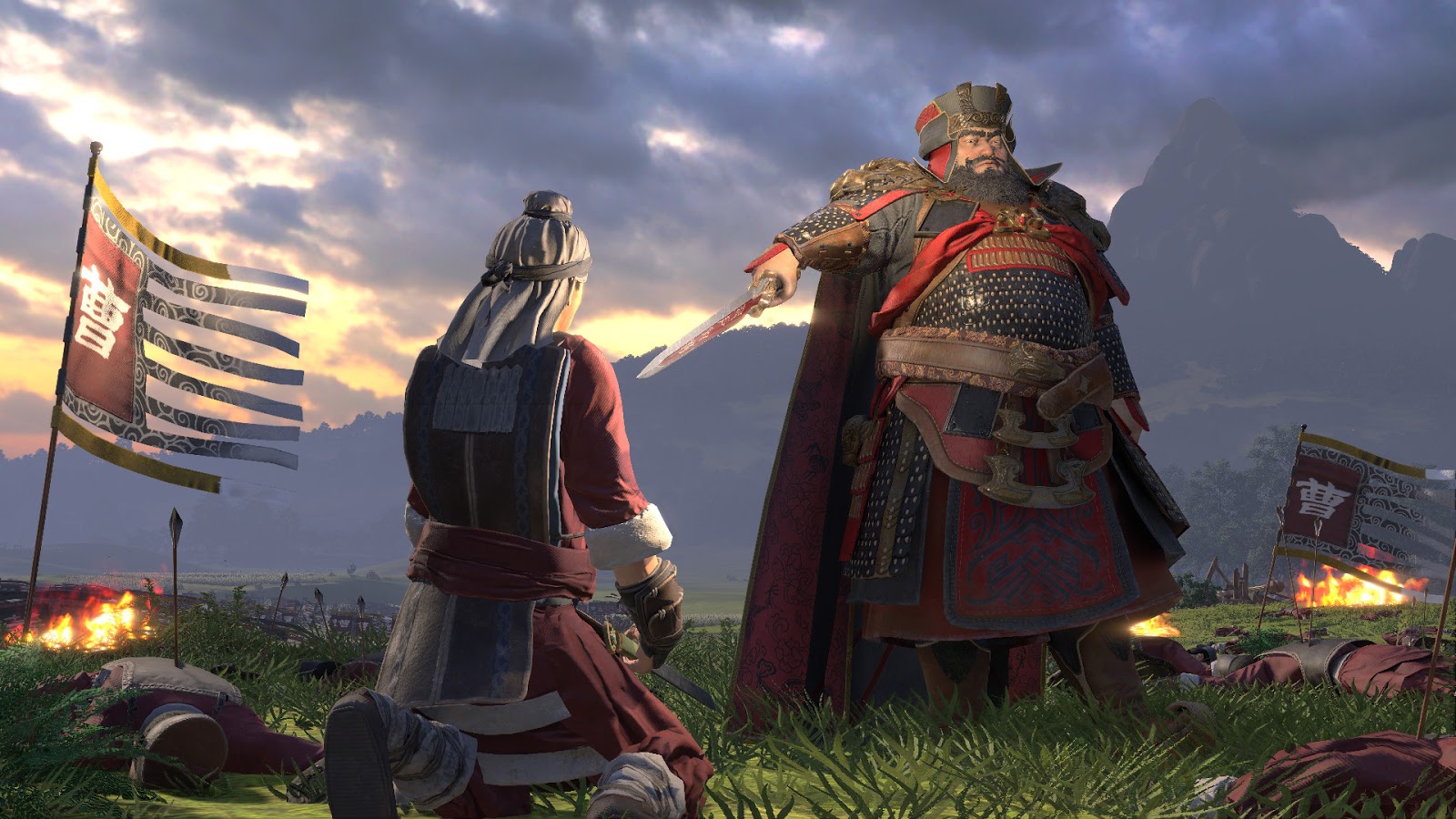 The core game mechanics that blend turn and real-time strategy works really well. By now Creative Assembly knows their strategy games as well as anyone on the market, and here the interface and gameplay are as refined as ever. Which character you pick and where you start has a considerable impact on how you go about trying to complete the campaign. Some characters are more prone to negotiate, while others would prefer the cry of battle. Some regions may be resource rich while others have the potential to grow and develop into something bigger and better – with the right amount of nurturing. There is a delicate balance between expansion and fortification as you try to utilize the skills of your recruits to the best of their ability.

That is not to say that the gameplay is completely flawless, because the nature of focusing on people with their blend of skills and personalities can make the management aspects of the game where you actually spend the majority of your time in later stages. It makes sense, given the source material’s focus on these personalities, but the extra attention and required clicks to carry it these tasks out do feel just a bit slower and less streamlined than some other recent Total War titles. The interface is all logically laid out, but it can be a bit dense and overwhelming right at first as well.

It is worth noting however, that Total War: Three Kingdoms has a solid tutorial that helps you to learn the basics whether you are completely new to the series, or just experiencing this particular flavor of Total War for the first time. I certainly appreciated the effort, as it has been a little while since I played a Total War game, but it did not take long for me to feel like I was back on the bicycle. It is also worth calling out just how fantastic the overall production values are. The visuals are bright, detailed and really help sell the unique aesthetic of an ancient Chinese civilization. While the sound effects can be a tad bit on the repetitive side, as is over the case with this genre and the numerous repeated tasks during a typical gameplay session, I was a huge fan of the overall soundtrack which to my ear fit the overall game wonderfully.

There is a learning loop in these types of games that in many ways functions like the loot loop of an action RPG like the Diablo games. While these titles could not be any more different from one another, it is not the shiny item on the ground that kept me coming back for more, but the knowledge I learned as I mastered another system or became familiar with the tactics of one of my enemies. Firing up a new campaign after having spent time learning the nuances of an aspect of diplomacy was like getting a powerful new weapon – it was just knowledge unlocked in my own mind instead. I found it entirely too easy to just want to dig in a little deeper, let my session run a little bit longer, fire up just one more campaign before bed, only to realize that a reasonable bedtime had long since escaped me and I was playing into the wee hours of morning. 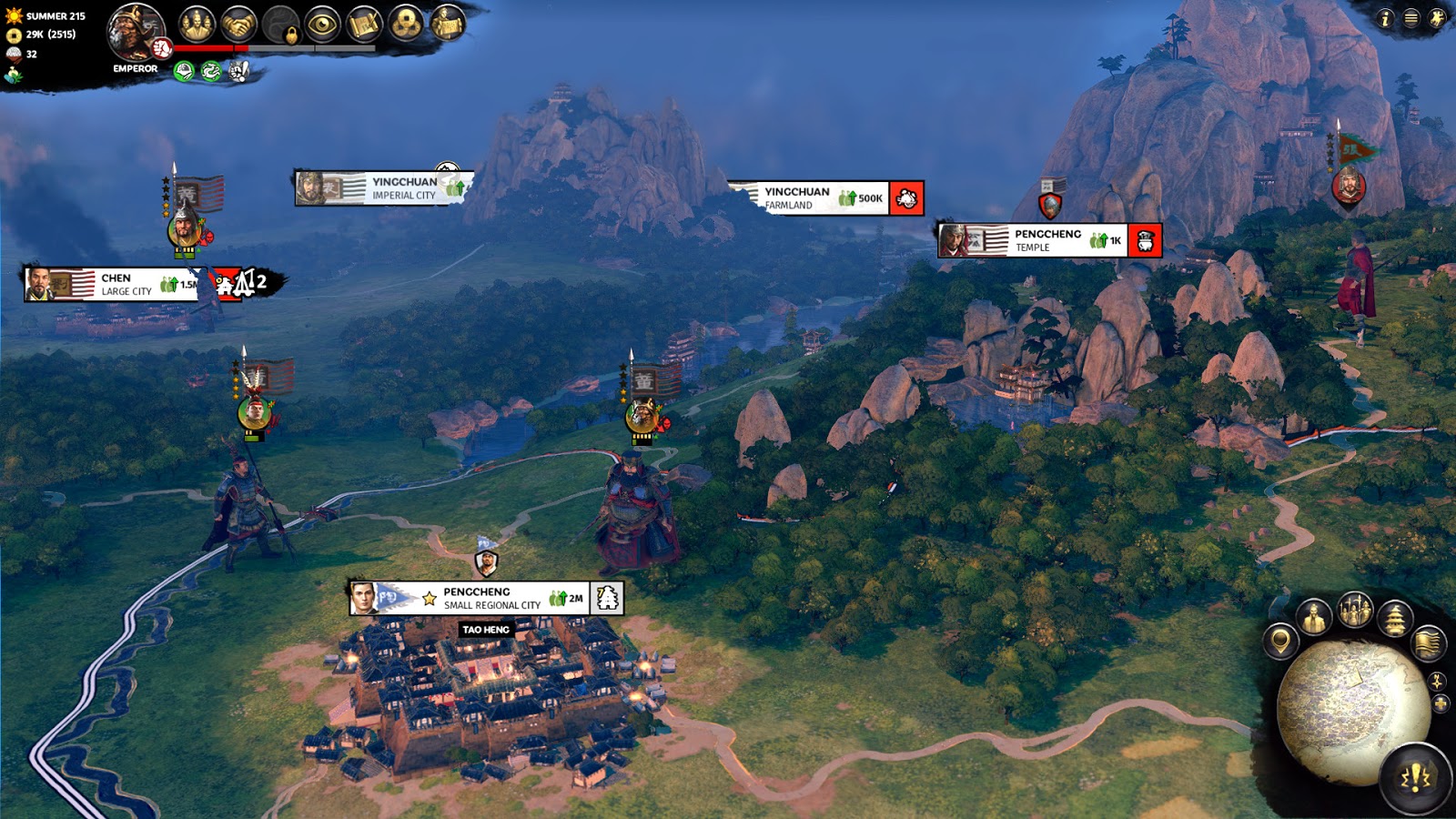 Even when you are not just mentally balancing resources, you do have aspects of real-time management as well. Several things can be happening at once, especially during battle. These moments bring the most stress – but also the greatest sense of accomplishment once the task at hand was completed. While I could quibble that the game’s strategy did not always seem to play out perfectly, I cannot dismiss that my own tactics could very well have been at fault. After all, the more I played the game, the better I seemed to fare the next time a major battle circled around. Sometimes preparation was the issue, most of the time though, I found myself looking back at one or two key moments where the tide of battle turned against me and had only myself to blame when the dust settled.

If you are a fan of Guanzhong’s fantastic tale, there is an undeniable charm to Total War: Three Kingdoms that had me smiling from ear to ear on many occasions. First-time encounters with familiar characters, seeing how the developers envisioned a particular location or watching a scene play out differently in the game from the way it went in the book were all fascinating, enjoyable experiences for me that might not resonate the same way with someone who is unfamiliar with the source material.

That being said, there is still an excellent strategy game under the hood here, with some fantastic production values that may not have solved all of the more micromanaging aspects / pacing issues of the Total War series, but can provide hundreds of hours of strategic entertainment for those willing to invest their time into learning the game's intricacies.