You are reading
Masquerada: Songs and Shadows – Switch Review

I love masquerade parties, dressing up and hiding ones true identity behind nothing more then a face mask decorated with jewels, fancy ribbons, lace and plumage galore. But this game has more than just music and rich aristocrats parading around, for in the shadow lurks danger that will strike to kill you if you aren’t careful.

Masquerada: Songs and Shadows is a pause-for-tactics RPG style game set in a dark Venetian Renaissance inspired tale for the ages. Released back in 2016 for Steam by the development team of Witching Hour Studios and produced by Ysbryd Games, originally green lit from a Kickstarter, it is now available for the Nintendo Switch. If the hand-drawn art style doesn’t tickle your fancy, then maybe its rich lore and careful storytelling, fully voiced, will intrigue you.

The story opens up to our protagonist, Cicero Gavar, who is summoned from exile to help solve a kidnapping that could derail the Citte Della Ombre’s and drive it into the chaos of war. During your daring adventure you will gain allies that each wield the elemental power of these mysterious masks, giving your heroes magical ability to match with their fighting style. Will they unveil the deep scars that hide in the shadows of the city. 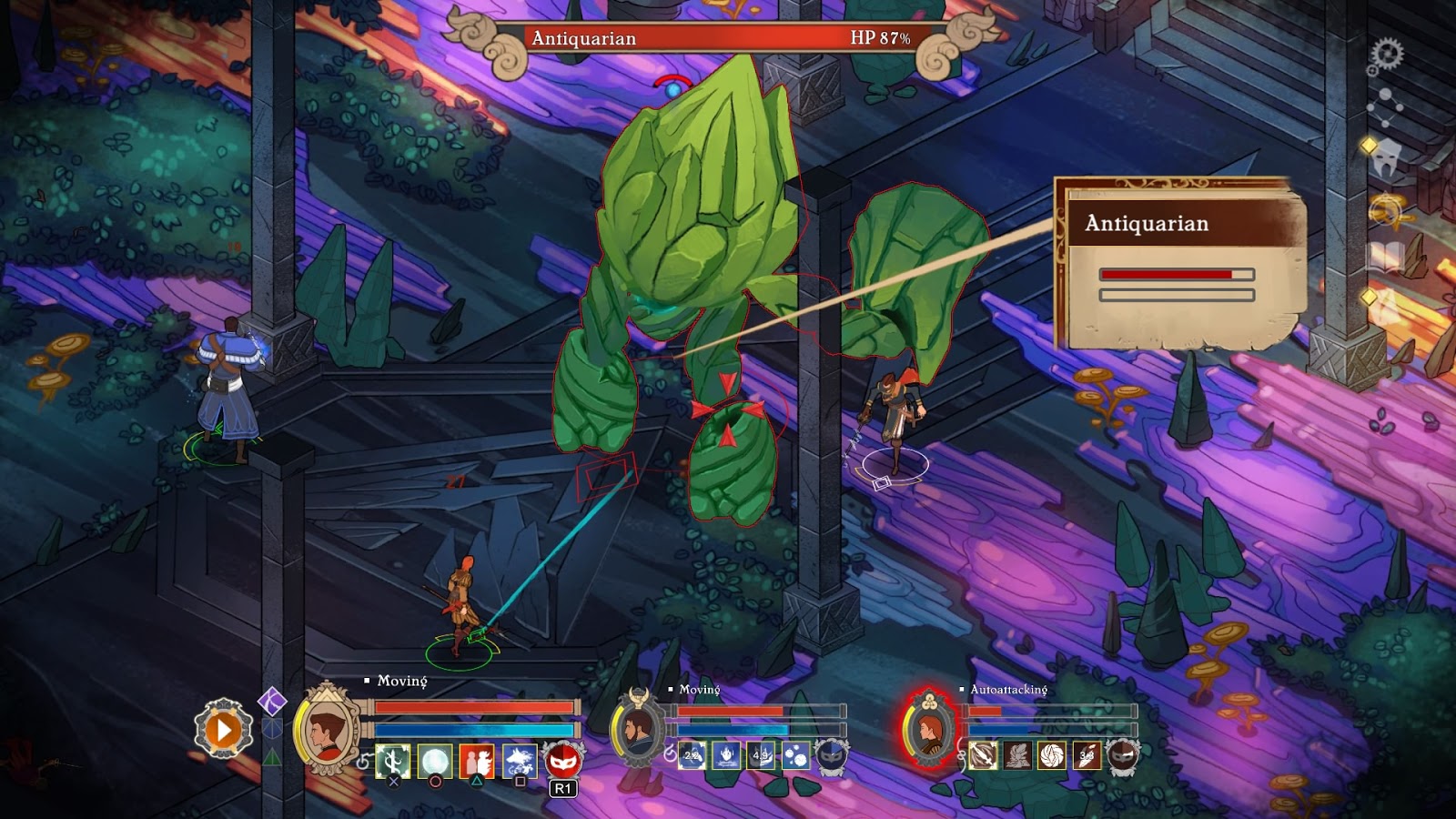 I’ve never played a game quite like this. My first impression of the game trailer left me uncertain by its new style of gaming. But it was its unique look that drove me to explore this style of combat and adventure. Almost as if it was made from a coloring book each chapter opens up into brilliantly detailed backgrounds and character construction, making everything pop out in each scene.

The music is also no laughing matter. If you feel like you’re being pulled into medieval Europe, then you’re not wrong. I honestly felt like I was dipped into a Spanish painting crafted to take me through time, a time of war and religion. The music does a great job in guiding you through each moment, never letting you forget that you may be killed at any given opportunity.

The game tends to follow the traditional tactical approach. You choose every step your party makes, at your own pace, from position, to planning which element to cast, giving you the power to customize your AI’s behavior. There is always a default option if you find that customizing your individual party members gets to be to much. As you fight your way through waves of enemies you will earn Skill Points and these points can be used to upgrade your parties abilities by either learning new spells or enhancing them. 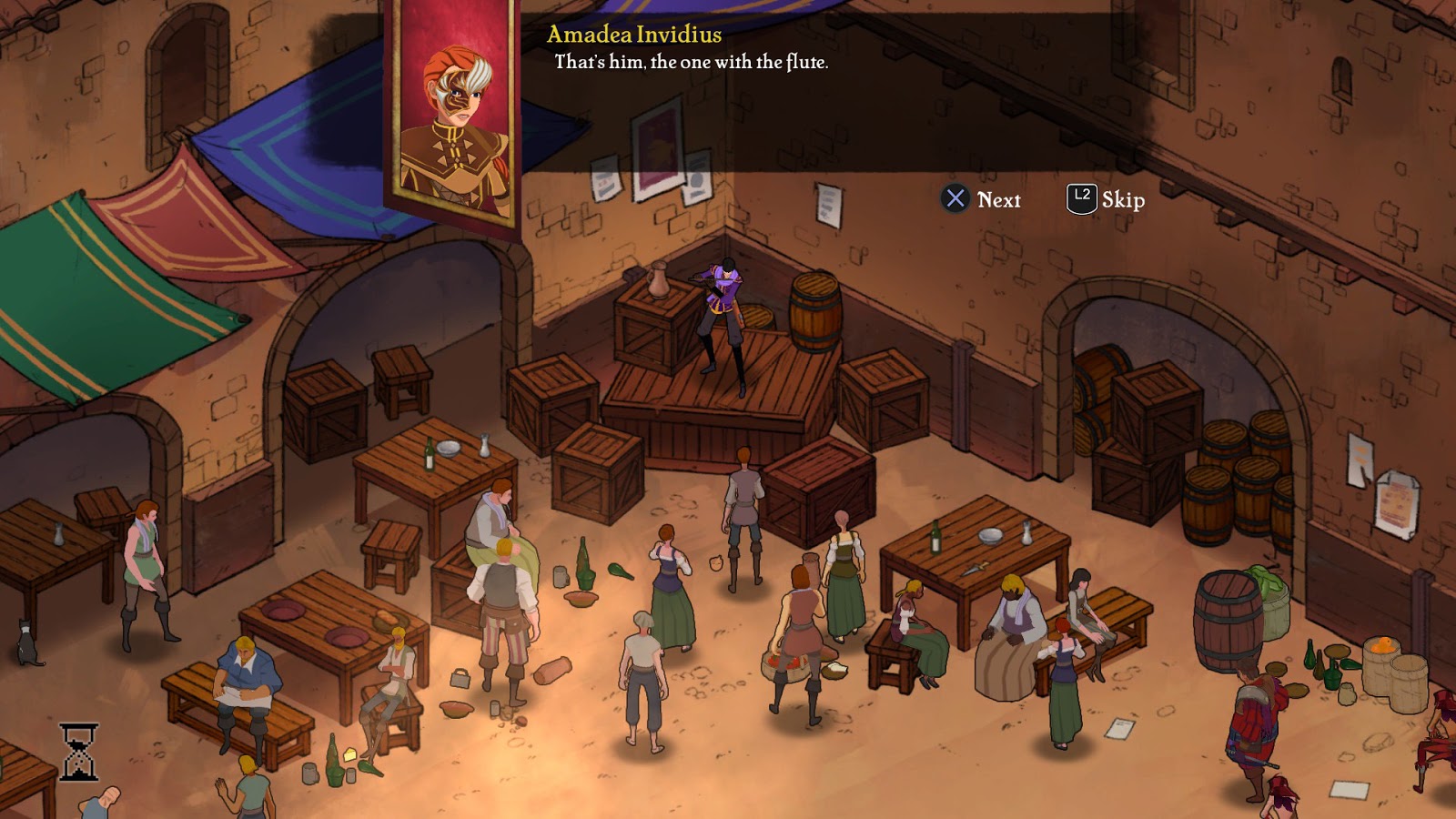 Each member of your team also has something called a Focus. Think of it as your magic shield that gives you an extra layer of protection. As enemies attack you this shield will diminish and can only be recovered with certain skills or when a battle has ended.

Being a band of powered individuals you have an Ultimate Ability. Through the power of the Mask you can unleash a powerful attack upon your foes. It will require that you charge it through combat, but once it is full you can retaliate with force. This is the only action that can not be activated when controlling your party members moves.

If an ally falls in battle you can help them back onto their feet by standing near them and holding your action button. This will stop you from doing anything else and can only be done by the player, your AI companion will not provide support. As you help your fallen companion this will leave you open for attacks and if the enemy hits you it will cause you to restart your recovery action. 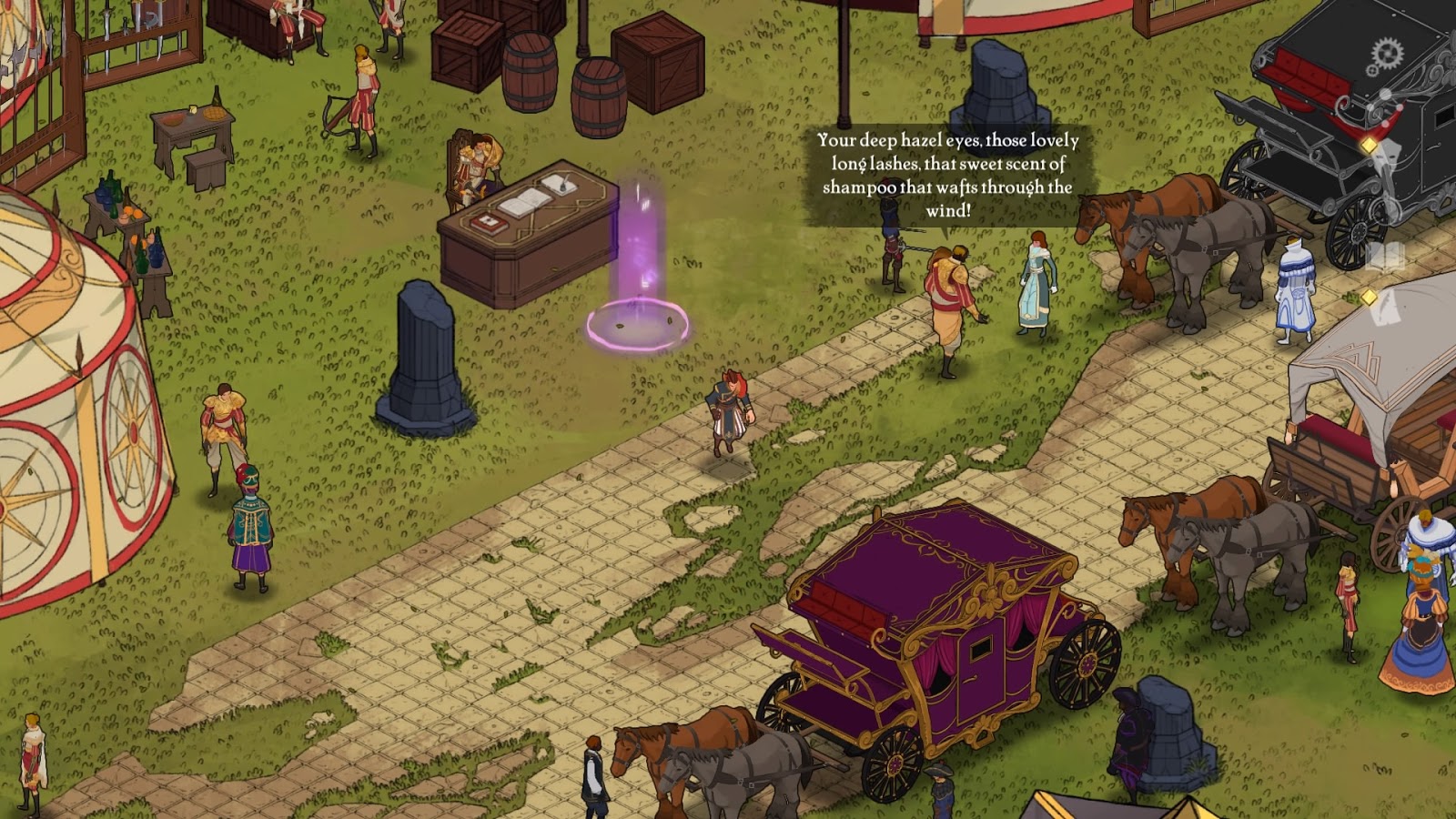 As a user of elemental power you have these effects known as Tags. These tags allow you to combine another element with another member to inflict status on your enemies. Such as Air + Earth creates Blindness or Water + Air to freeze your opponents movement speed. The combinations are many with the four elements at your disposal.

Even with talented teammates Cicero, the fearless leader, is not someone you’d want a one-on-one with. The Inspettores of Ombré is skilled at fighting in more than one style. In the mist of battle he can change into one of the three stances that he has mastered, which gives you advantages in fighting your enemies.

Sicario: In which he becomes more vulnerable to attacks, but gains an advantage on speed and agility. This gives him the ability to run behind and backstab his foes for double the damage.

Pavisierre: Gaining extra defense on his Focus and charging his Mask Charge faster, though his attack power will be cut in half.

Dirge: Most of his abilities are in the moderate rate of damage, but he does gain an advantage to dealing ranged damage from a distance. 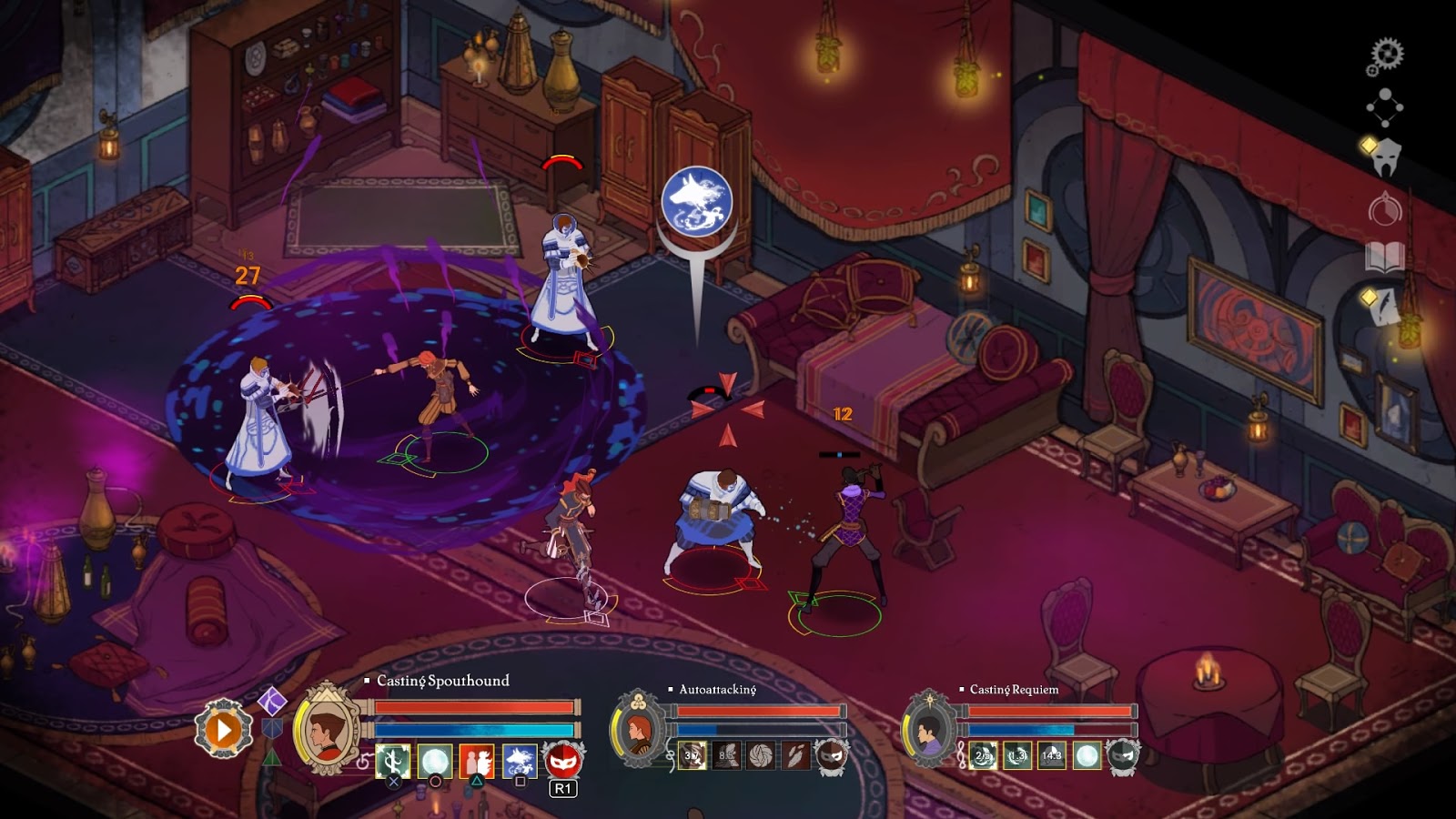 This game has done nothing but surprise me. I never would have thought I would find myself so immersed in this historical, war ridden adventure. The story is deep and the characters are engaging, with a fantastic script we are gifted with the talented voices of Mathew Mercer, Robbie Daymond, Jennifer Hale and Crispin Freeman. The combat is fun and easy enough to follow and can also provide a challenge to keep the gears in your mind turning, but in a way that allows you to customize the outcome of a battle. Maquerada: Songs and Shadow is definitely a RPG game I would recommend to anyone who can get their hands on it. 10 out of 10 in my books. To everyone who worked so hard and tirelessly on this piece of art... Well done!