World War Z is a fun, if flawed, zombie-infested shooter that is clearly inspired by the likes of Left 4 Dead. While gorgeous and full of disgustingly wonderful zombies, the lack of party controls is a huge setback for those like myself that wish to play with a select few people; instead we are forced to play with other players that, in many cases, forced us to move faster than our party wanted to. While a common issue in multiplayer games, most allow some manner of party control to close off random players being added, especially since the story that is intertwined in the game is, in truth, quite fantastic.

For those that have spent time reading Max Brooks’ World War Z, you will feel right at home in the way that Saber Interactive designed the overall game. In truth there is very little that can really be said that is “wrong” with the game outside of a handful of Quality of Life improvements. While I and the few close friends I played with really enjoyed the time spent smashing zombies (something I am severely tired of doing), I am concerned that the handful of levels that are offered are just too few to have any lasting power in the TPS zombie shooter genre. I sincerely hope that there are more planned levels because, to be frank, World War Z could be fantastic.

I generally despise zombie-themed games; given the overcrowding of the genre, I just tired from it as nearly every major brand out there, from Bungie to Rockstar in the AAA era, to about a million Indie developers, felt the need to include some sort of zombie infestation in their games. It is, and has been for some time now, quite tiresome. There have been a couple standouts in the whole “oh look, Zombies!” infestation of gaming, chief among them is Rebellion’s Zombie Army Trilogy. Given the overpopulation of garbage and a generally tiresome genre, I was a bit apprehensive about World War Z being any good at all, but the source material, Max Brooks’s World War Z is an absolute must-read (seriously, go buy it now) that is written from a very interesting perspective and given that angle, plus the long-standing desire to play a modern Left 4 Dead-like title, I came into Saber Interactive’s game of the same name, hoping to have a good time.

To my surprise, I did. 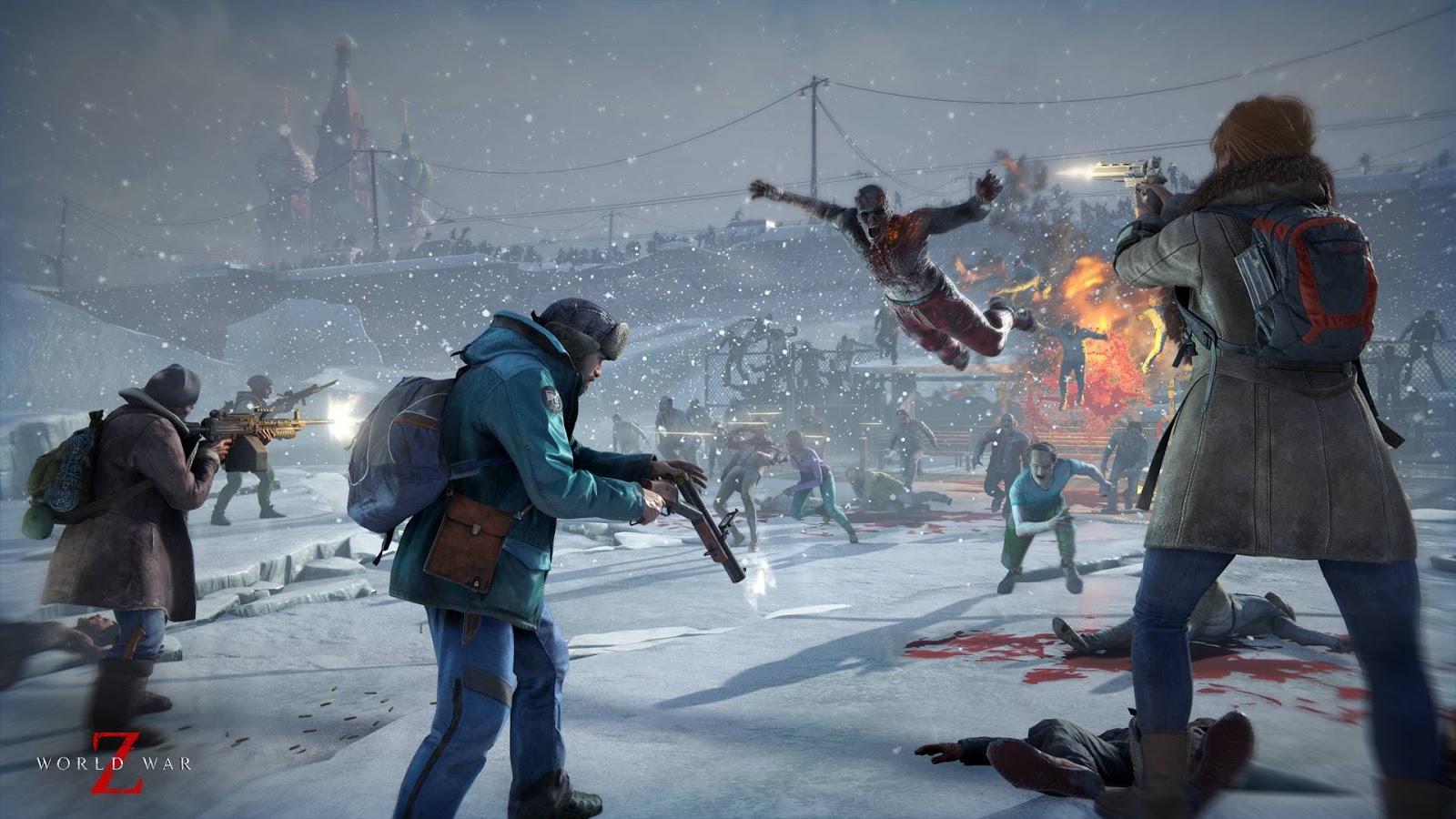 What was most surprising to me is that World War Z was launching shortly after third person shooter juggernaut Tom Clancy’s The Division 2. Risky move that, though in hindsight I think it was perfect timing as folks would be pushing through the “honeymoon period” that they land in after launch and might just want something action-y but from a different perspective. Enter World War Z. A quick, blasted, and often downright difficult shooter survival title that, even more surprising, had me yearning to play it rather than The Division 2 (which I have sunk dozens of hours into). That is one hell of an achievement and I applaud Saber Interactive and Focus Home for the timing of such a quality game.

It is not all peaches and cream though, largely with regard to party controls (as mentioned previously), or rather the extreme lack of them. There is no way for me to play privately with one or two friends; I would honestly give a toe to just be able to close a party if only one or two of my friends want to play with me (thus letting the average NPC characters fill the additional slots). Instead the option is … matchmaking (which could take a bit to fill a party) or completely offline. It is even more annoying when a couple of low level players (talking level 1 or 2) get matched with a level 12 or 15 player.

Given their level it is pretty easy to tell they have played a bit of the game (or a lot, since leveling is not the easiest thing to do) and more times than I could count, those high level characters simply charged ahead to the next objective point, which pushed those of us that were low level to rush through in-game content. It is frustrating and placing a level range requirement around the matchmaking process might be called for (plus the ability to make private parties), especially if they are looking for longevity in game and not just bursts of popularity. Other quality improvements run along the line of not being able to review stats outside of the 5-15 seconds at the end of a level; it would be fantastic if we were to be able to view stats outside of that window it might help to improve overall life within the game. Like I mentioned … there are a lot of quality of life improvements that should be made. 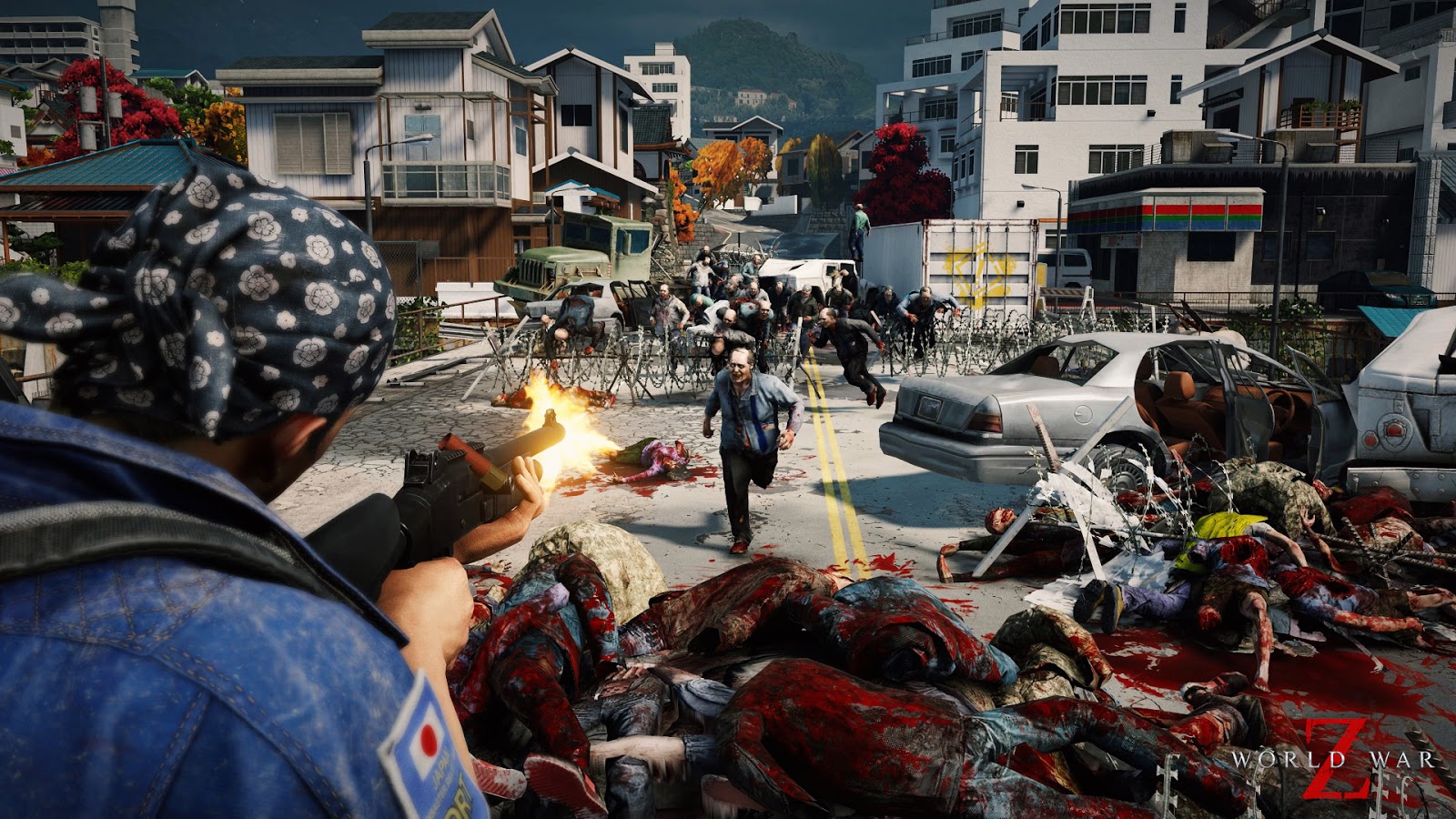 Level grinding is also a bit of a chore, which is sort of the whole common definition of “grinding” but at 30 levels per class, and 6-8 classes, well … it can be a bit much, especially since there are only a dozen or so levels to the game. Not to mention the credits/points you get that enable you to level are also the credits/points you use to purchase new weapons. Speaking of weapons … I found that, since the characters you play change per location (there are different characters per area) and there is no real chatter between the characters in game, they feel lifeless and bland.

Sure, after playing them a bit you can head to a menu option (off of the title screen) and you can view videos giving some back story, but they are largely just skins to run around in whereas the weapons are the mainstay in the game. It is a shame since the characters could be something special, with a little interaction between them in game, but unfortunately they are just … there and there is nothing to “attach” to outside of the weapons.

Though flawed and missing a few crucial quality of life updates, World War Z does indeed scratch that itch that folks who were looking for a Left 4 Dead-style game. Chalk full of exciting and memorable moments, World War Z for the most part has successfully blended action-packed goodness with that panic-ridden anxiety of being overwhelmed with (literally) hundreds of zombies. With a few user updates and more variety in missions, World War Z could be a mainstay cooperative shooter that is here to stay.

Facebook Twitter Pinterest E-mail
Previous article Total War: Three Kingdoms - There Can Only Be One Warlord
Next article Project Nimbus: Complete Edition Headed for the Switch!