You are reading
Conan Unconquered Releases Early on Steam!

OSLO, Norway – May 24th, 2019 – The upcoming RTS game created by the Command & Conquer veterans at Petroglyph is now due to release late afternoon on May 29th, one day earlier than previously announced.

“We’re eagerly looking forward to launch and to getting Conan Unconquered into the hands of players. The game has really come together and although the skill cap is high, it’s tremendously fun to play,” says Lawrence Poe, Chief Product Officer at Conan Unconquered publisher Funcom.

The upcoming RTS has already received positive previews, with several journalists comparing it to the highly successful game They Are Billions. The game has a number of features that set it apart from the other games in the genre, however. Among them the fact that you control a hero, as well as the army you amass. Also, the game’s co-op mode and the newly announced challenge mode, in which players can challenge one another on a unique map with a unique leaderboard, look to be welcome additions to the RTS genre. 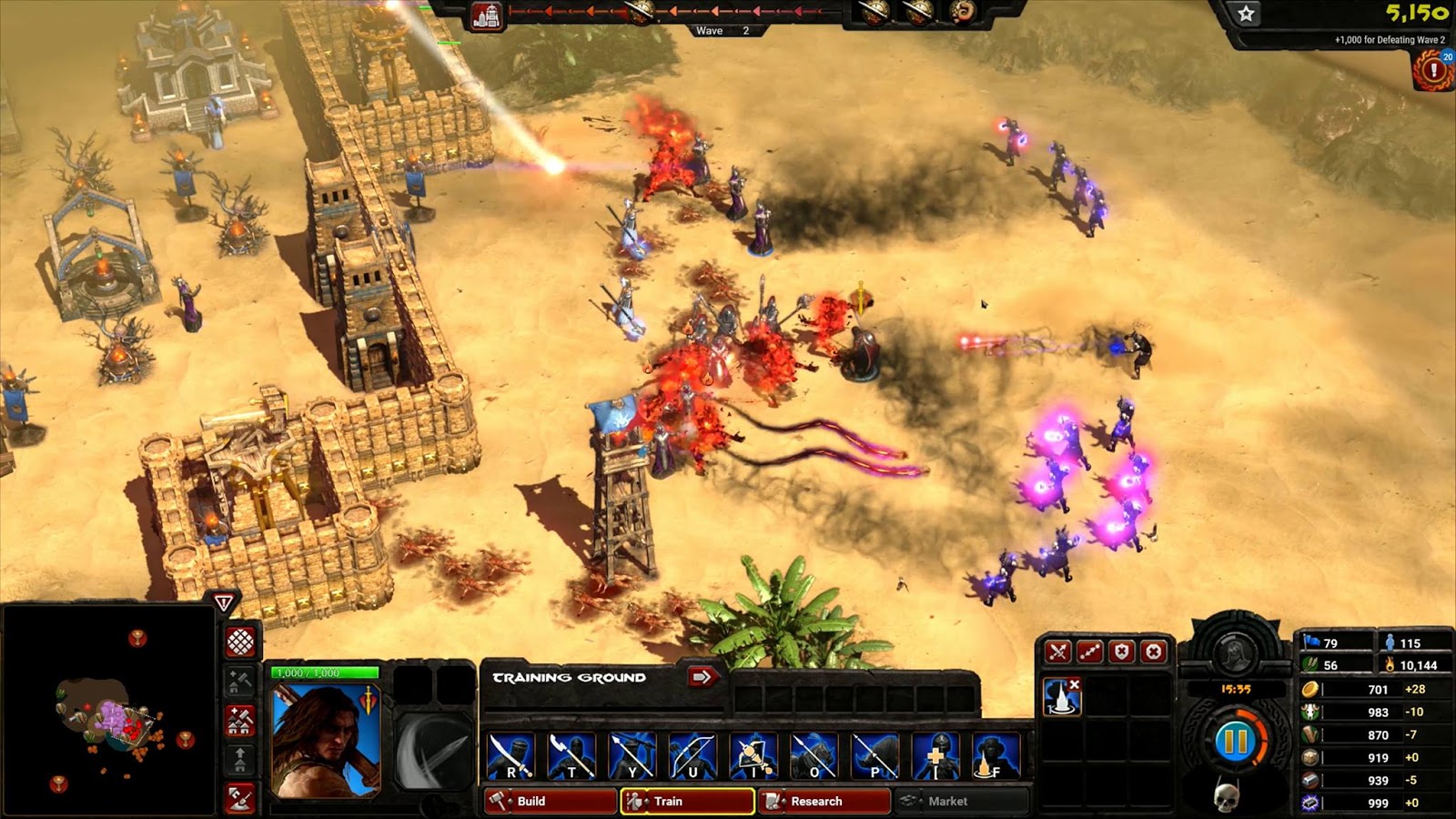 Conan Unconquered is a strategy game set in the barbaric world of Conan the Barbarian where you must build your stronghold and assemble an unconquerable army to survive the savage hordes of Hyboria. Wave after wave of increasingly more difficult enemies will rush at your gates and you will need to manage resources, research new technologies to advance your defenses, and recruit an ever-growing army if you are to save survive utter destruction.

You can choose to play the game entirely alone in single-player, but Conan Unconquered can also be enjoyed in full two-player co-op allowing for a truly unique, shared multiplayer experience. Players share a base, but both can freely construct new buildings and amass an army to reach their common goal.

Similar to games such as They Are Billions, the enemy hordes will keep coming at you and how long you can resist the invasion depends entirely on your ability to build your stronghold and lead your army. Gameplay is real-time, but you can also pause at any time to issue commands and start construction of new buildings. Battles will be bloody and savage with players having to deal with anything from fires raging through their stronghold to piles of corpses spreading death and disease.

The savage horde is at your gates. Will you fall or will you remain unconquered?

The game is currently available for pre-order on Steam and via www.conanunconquered.com. 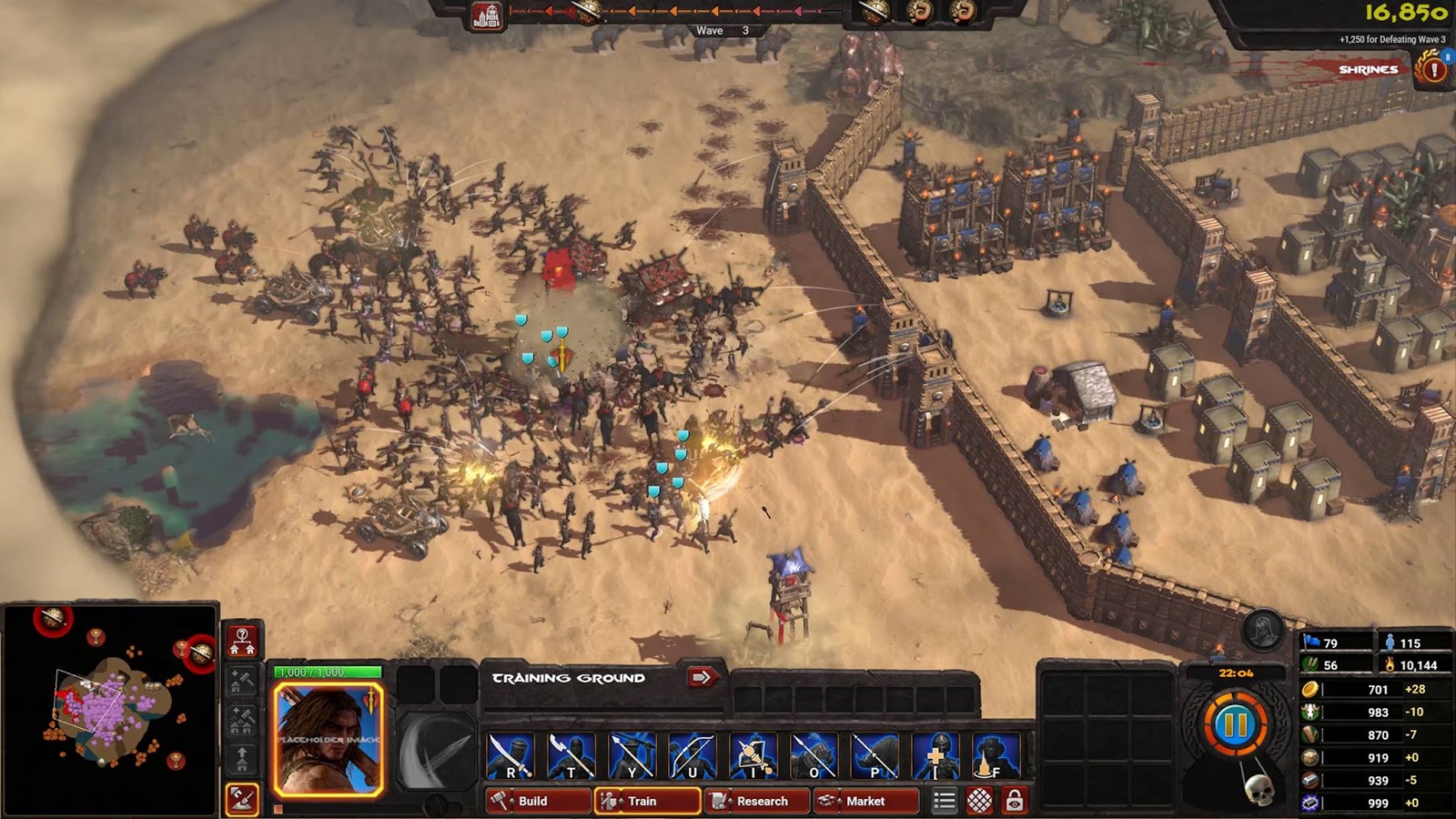 Funcom is an independent developer and publisher of online games for PC and consoles. Funcom has provided outstanding entertainment since 1993 and continues to expand its track-record of more than twenty released games. Titles include ‘Conan Exiles‘, ‘Secret World Legends‘, ‘Age of Conan: Hyborian Adventures‘, ‘The Longest Journey‘, ‘Anarchy Online‘, ‘The Park‘, and ‘Dreamfall: The Longest Journey‘. For corporate information please visit www.funcom.com. Funcom is listed on the Oslo Stock Exchange under the ticker FUNCOM.

The Cabinet group consists of Cabinet Entertainment, a tv/film financing and production company, as well as Cabinet Licensing, a consumer products division which manages and develops global entertainment franchises in all forms of media, including motion picture, television, and the gaming, publishing and toy/collectibles industries. Our portfolio consists of well-known brands such as Conan the Barbarian, Kull of Atlantis, Solomon Kane, Mutant Chronicles, Mutant: Year Zero, and Kult.

Based in Las Vegas, Petroglyph has over 30 employees with many team members coming from Westwood Studios, creators of Command & Conquer. They’ve been responsible for a range of tactical and strategic PC games including Star Wars: Empire at War, Grey Goo and the recent ‘8-Bit’ RTS series. They are also currently developing the remaster of Command & Conquer to be released by Electronic Arts.