Other Platform(s): None Currently

Nioh 2’s opening act is coming at a good time. There are currently no in the air projects from From Software and Deck 13’s The Surge 2 while being put on display isn’t really in anyone’s hands yet (as far as I know short of some hands-on demos). Following in its predecessor’s footsteps, Nioh 2 is going through alpha, and the assumption of beta stages, to let developers iron out any details in order to make the best possible product like they did last time. The only disappointment? The Alpha was closed so unless you got lucky, you didn’t get in. Me? I didn’t get lucky but I do have some good friends so thank you Robert! I appreciated both the code and the time that I got to spend with it.

Getting the only other disappointment out of the way, for some reason, gameplay recording was blocked so I was both unable to take screenshots or video segments in order to showcase certain amazing elements like the cute round yokai cats that you could find. Petting these little guys gave you a limited time bonus as they followed you around and they were super cute to look at. But that’s really something for further below so why don’t we start at the beginning?

Story, much like the last round of alpha and beta testing, there isn’t much out there. Starting off in “the dojo” for a full introduction to Nioh 2’s features, there you’ll be treated to a fair amount of changes in the gameplay. Picking either a male or female character, there were a few options available so interestingly enough, I played as a female norse looking goddess of death. While this falls more into cosmetics, I do wonder what it’ll actually bring to the whole experience later down the line. THE major change however is that spirit companions no longer boost just your abilities, they turn you into an actual demon which leads into a whole new style of gameplay. 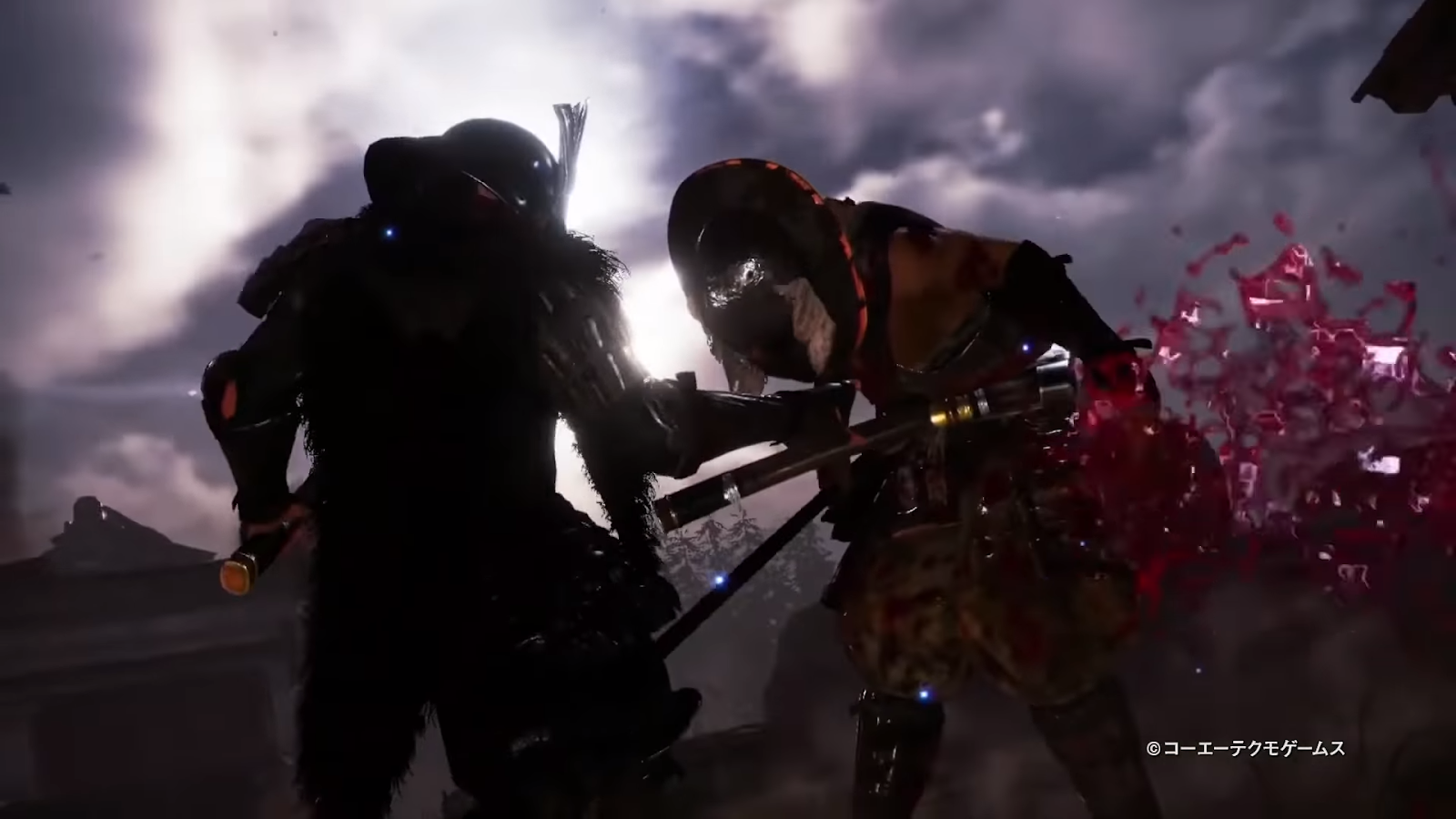 Demonic transformations are seriously cool. It changes your appearance, it changes the weapon style, and further, it changes depending upon which element you have equipped through your spirit companion. Like before, you’ll have a timed gauge that tells you how long you have left while also acting as your hit points while in that mode. Like while being human, square attacks have one combo set, triangle have another and finally pressing Circle and Triangle will make your familiar attack alongside you. As cool as it is though, being “demonic” leads to another new feature, being able to survive in the miasma and whole new miasma covered areas.

These areas are scary. Superimposed on top of the real world, you’re going to be faced with terrifying mid-bosses or destroying a particular monument if you want to clear the miasma. Do you need to? No. Should you? Probably. Locked away in these areas are chests and your Kodama Shrines that can only be accessed from the real world. So if you want what’s in there, you’re going to have to fight for it.

There are a lot of returning elements to Nioh 2 from its predecessor. Stances are back in which you can be disarmed, take a low, medium or high stance with your weapon for different attacks. Also back, but in a much more interesting layout that truly shows what connects to what, are the skills that you can unlock in order to further customize your character. Parries from various stances, onmyo magics to set your weapon on fire or summon a familiar, ninjutsus like coating your weapons with poison or throwing ninja stars, all back. Where things start to become interesting is that now your spirit companion can equip through a points system up to two demonic cores for some new and interesting attacks. Demonic cores are a little bit like the various pieces of gear that you’ll be picking up. Each core type comes as an attack based off of the enemy that it came off of. Those wall creatures that hide passages for example with come in for a massive crushing blow while this new double scythed burrowing almost zerg creature will do exactly that before shredding the enemy that you used it on. So many others exist like becoming a tornado or launching a spear attack if you got the second boss’ core, but if you are the one in control like the tornado, you can still take damage so you still have to be somewhat careful while wreaking havoc.

The variety of weapons and the familiarity system are also back but with a twist. New types of weapons like dual-hatchets can be flung around alongside these enormous greatswords that would be comfortable in a Monster Hunter setting but what’s new is that these weapons can now be sentient either in a demonic or a holy sense. Being more popular, I came across many more Demonic weapons and the added bonus is that they pack on the damage which makes them useful for longer even if you should be moving onto a newer and more potent weapon.

Back again, but with a twist (basically the premise of Nioh 2 at this point), are the Revenants that you can fight in order to gain better gear or just test your skills. These Remnants are the corpses of other players that are AI controlled along the parameters of their playstyle. Sometimes they are super easy to take out, other times you wonder how did they die if the AI itself is that freaking good?! 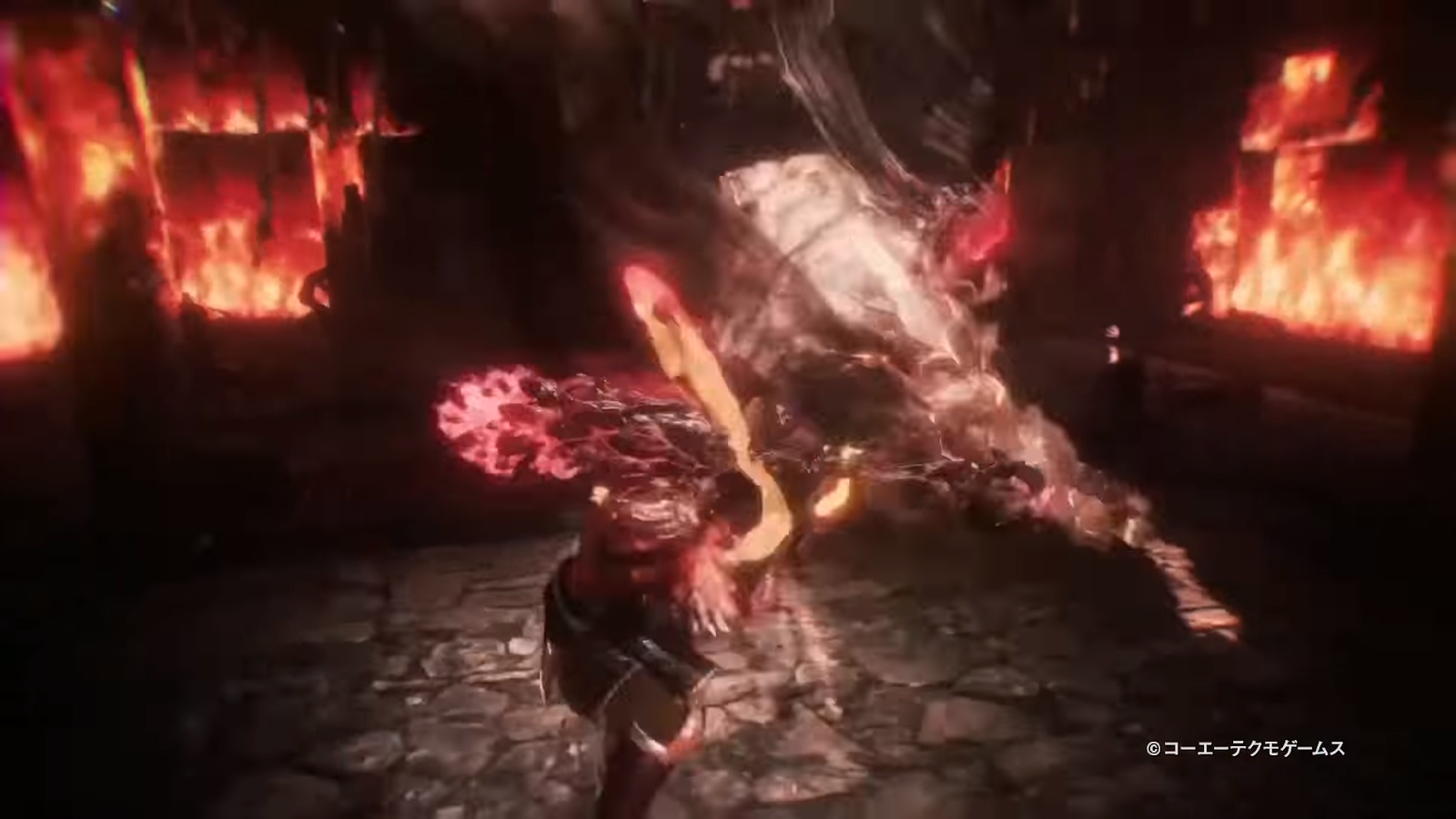 Side to these are Benevolent graves that allow you to summon in an AI version of the player that would have dropped where they thought was best in order to be summoned. Now you don’t have to go at it alone nor do you need to wait to try to summon another player as these AI allies are already ready to go and take no time in order to join you. If you yourself put one of these signs down, you will receive an appropriate reward the next time that you go back to the world map after either completing or quitting the stage that you were doing.

Lastly in the returning features are your adorable little Kodama. These tiny green guys grant you bonuses through their shrines the more you accumulate. Extra Amrita (exp), weapons, items, the percentage increases as you find them. What’s new, interesting, and I’ll be serious that I have no idea what they actually wanted, are Evil looking Kodama? They are purple, they wear skulls on their heads, and they want something. What’s that something? No clue. You can greet them, go through emotes, but in the end I never got anything from out of them but in the trailer you see it’s possible to anger them as they struck the player dead with a blast of lightning.

Before wrapping it up, there’s one detail that I really want to praise the development team on. Originally you basically had three larger demon types. In your basics they wielded swords or daggers, in your larger they were elemental based, and at the largest they were just hand heavy and could crush you without a second thought. 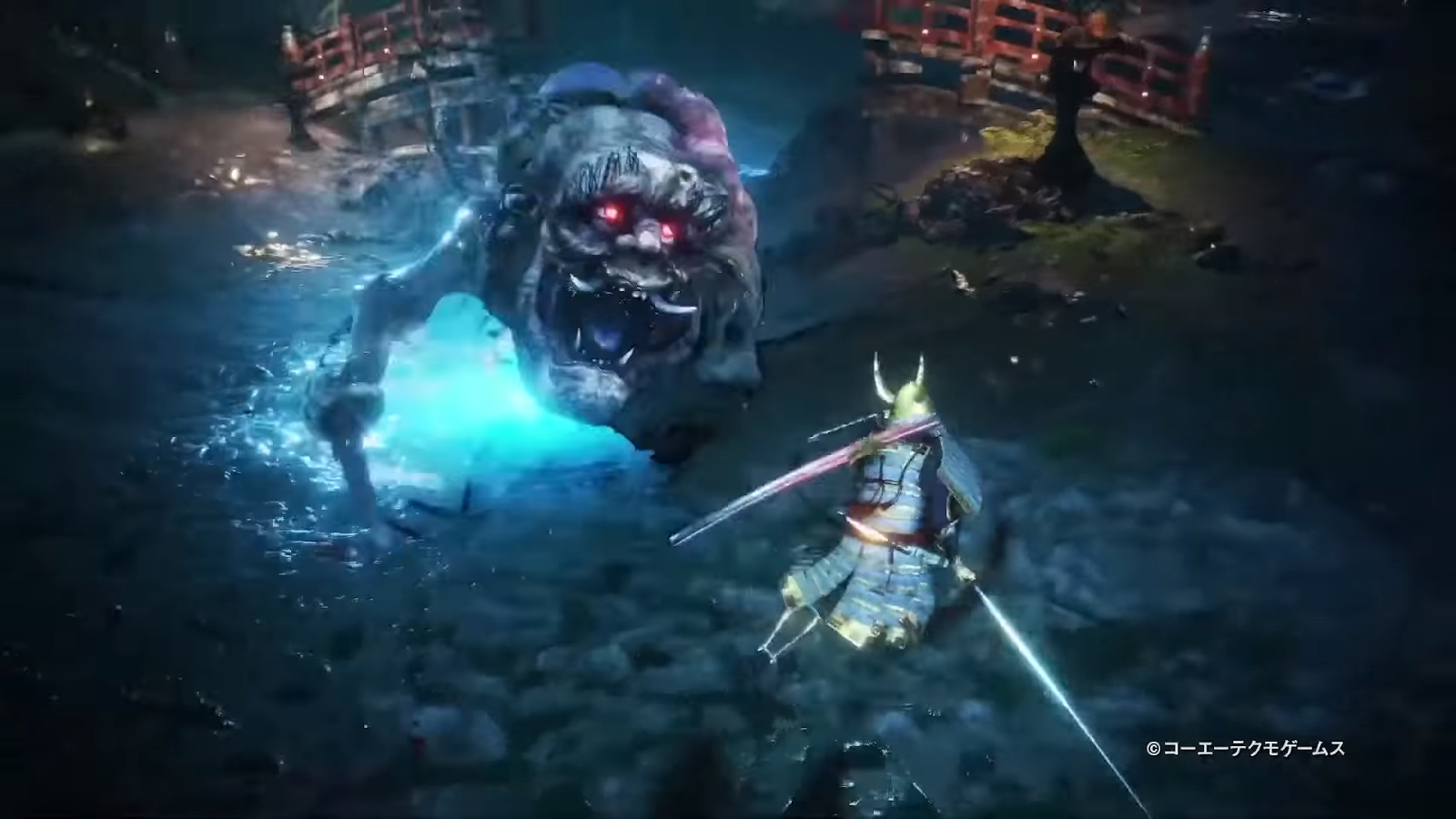 Now you have a whole bunch of new types like a one legged monster that wields a huge club, a four armed swordsman that can basically perform Tosh from Arc the Lad’s Shinku-zen four damned times, and then another gremlin looking thing that love to hide whenever they can, run up to you, and eat the corpse of another one to grow bigger and more powerful if you let them. Human enemies are the same and in the grand scheme easier to handle but the variety in even just the three stages that were provided was neat to see.

Quick note: Finishing the demo however did not net a reward this time around probably because it was closed and that would be unfair to the masses.

From just the first three stages that I must have spent over a dozen hours on, it was clear to see that Team Ninja didn't just sit on the success of Nioh and say, “hey let's make a second”. The gameplay has been refined, new features can be found everywhere, you can pet adorable Yokai balled cats, totally named them Squishies, and the environments themselves feel both familiar and new as you still happen to be in the same timeline and areas of Japan from the first one. With the Alpha already looking this great I can't wait to see the Beta!