Golem Gates is an interesting mix of strategy and chance, leveraging a collectible card game as its primary progression mechanic. The end result is a little uneven at times, but undeniably entertaining at the same time.

You take on the role of the Harbinger – a big, armored guy who does not talk a whole lot, but appears to be primarily focused on his task. That task sees you taking command over nanites from “The Ash” – basically a lingering, unharnessed power that allows your Harbinger to do battle over a machine-dominated wasteland. Visually, Golem Gates is pretty spectacular. Lots of detail and movement, while still able to see what is taking place clearly on the screen. While the voice work and sound effects are nothing special, I did find the soundtrack to be quite pleasant to listen to during hours of gameplay.

Where Golem Gates is really unique however, is in the way they have taken the RTS genre, and bolted some collectible card game mechanics onto it. The fit is not always a perfect one, but I enjoyed it all the same. Progression is not necessarily tied to units – by and large those are pretty disposable. Instead growth plays out through your collection of course, which serves as the foundation for the decks you will build and tweak between battles. There is still the element of resource management to be had here, as that is a common theme in the real-time strategy genre. In fairness, it is a theme in many deck-building games like Magic: The Gathering as well, so to that end the two different game genres blend rather nicely. 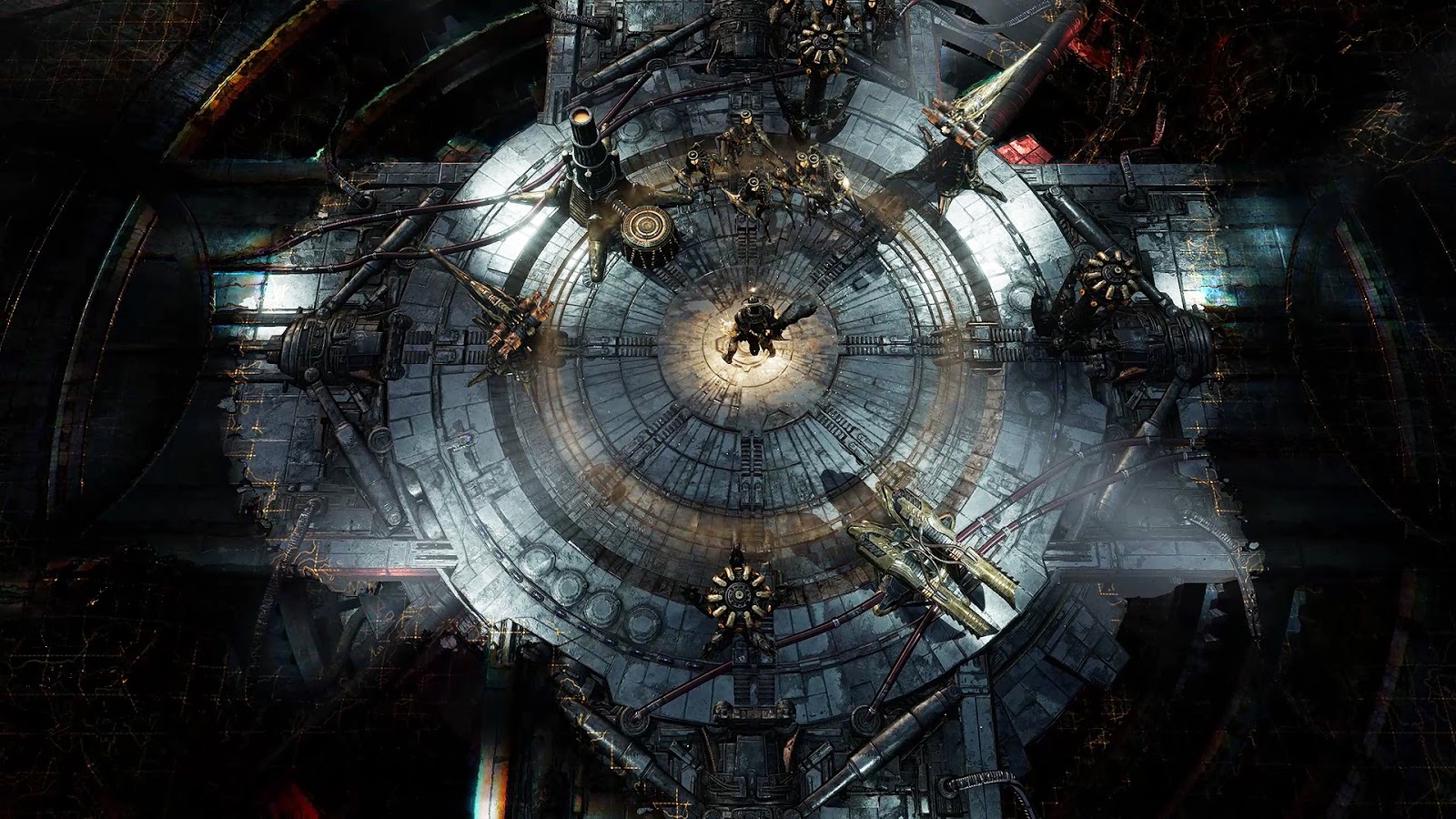 Considering that I am one of those people who has spent hours of his life building decks for physical and digital CCG’s, it is safe to say that I found the deck-building elements to be among my favorite aspects of Golem Gates. Trying to figure out the optimal cards to create a nice pacing – since the energy you can use to summon your units is limited in the early going – is key to success. You cannot just make a deck of ringers – you need nuance and escalation to be successful during the earlier parts of the stage as well. The pacing during combat works really well.

The area I suspect most people will quibble with Golem Gates is the incredibly random nature of the deck mechanic itself. I am an avid fan of card games and board games and go into them accepting that luck is a major component to success. You try to mitigate that luck through smart decisions and good deck design, but at the end of the day, luck is a heavy factor. Most strategy video games however, tend to be more heavily weighted towards skill. That is not a bad thing, but if the luck component to a game like this bothers you – Golem Gates will quite likely leave you feeling frustrated. There are times you are just deep down mentally begging for a particular card or set of cards to surface and… maybe they will, maybe they won’t. I will say that carefully curating your deck on a regular basis to keep deck bloat down will be a big help, just as it is when playing a tabletop card game too.

Early on, the missions were new and interesting. Nothing terribly revolutionary – wipe out this enemy or hold this point for a certain period of time, things like that which are often staples of the RTS genre. Golem Gates is not a really long game, but there was a feeling of repetitiveness that started to weigh on me during the last ten or twenty percent of the game. While the stages are really pleasing to look at, it was hard to ignore the fact that I was playing essentially the same kind of mission I had been hours earlier, just with some new scenery. To its credit, the deck building component does provide some variety, as I was more than willing to try and crank out some new combinations to see if they were more effective than what I had been doing. Despite so much of the game relying on luck, there is still quite a bit of depth to the strategy here and while the interface can be a bit clunky to get used to, the actual gameplay is smartly streamlined in most places. 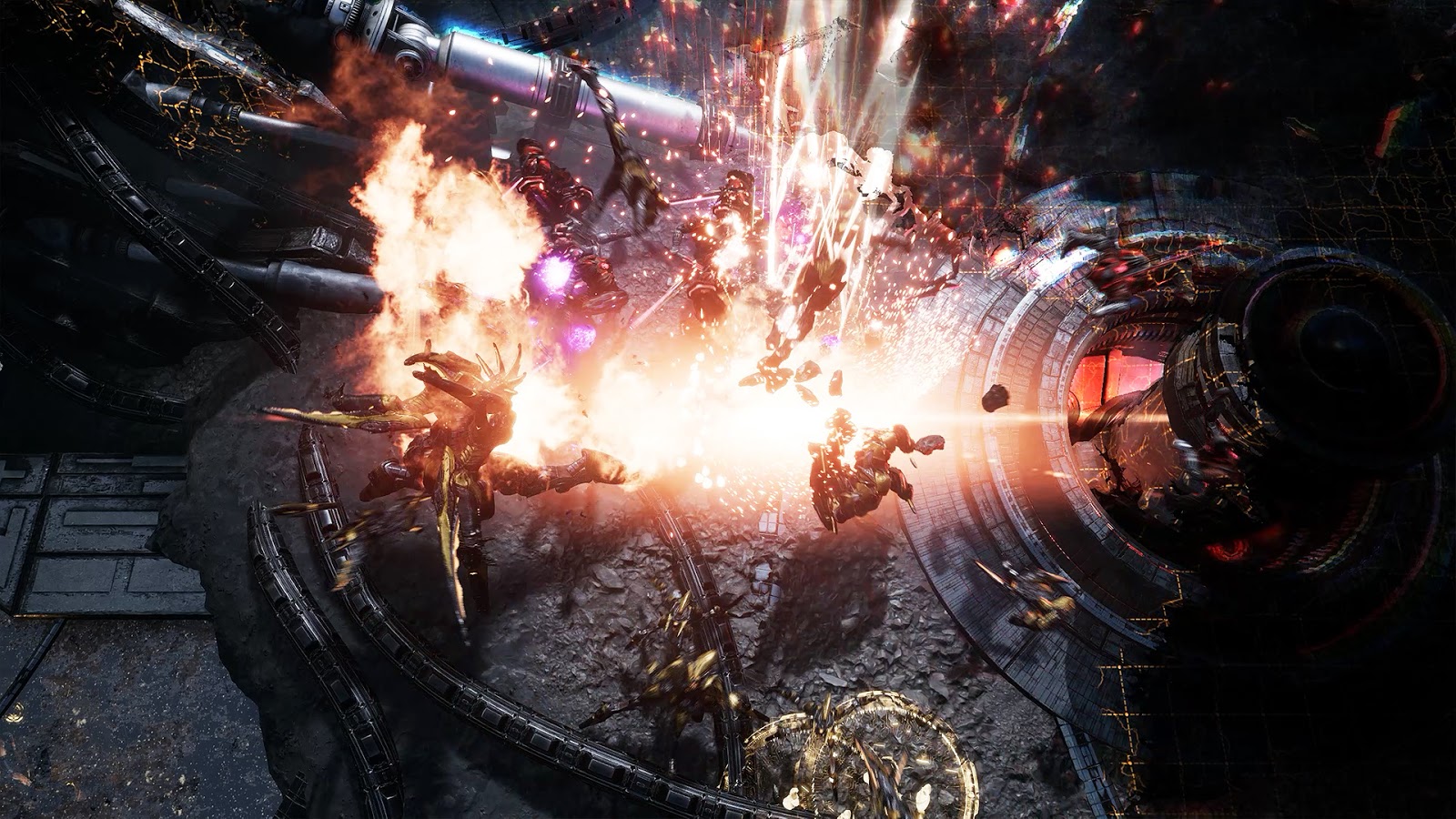 The story in Golem Gates was pretty bland, without much in the way of surprises. One pleasant surprise however, was the lack of microtransactions. I just do not see a lot of games of this nature that do not offer you access to more cards or packs of cards for real life money very often. On top of a fairly robust campaign, the Survival and Trial modes added some nice variety to the mix. There are some multiplayer options to be had as well, and though the game flowed well enough, the random nature of the cards made the already less-predictable player characters even more annoying that the somewhat predictable AI opponents found in the campaign.

As a mesh of genres, Golem Gates succeeds more often than not. I love the CCG genre and found it to be a pretty interesting mix with the RTS one that Golem Gates builds its foundation upon. Expanding on my collection and editing my deck was entertaining and the core gameplay is quite interesting as well. I do wish there was a bit more variety in the types of missions and the multiplayer really does not do much of anything for me, but on the whole Golem Gates is a solid offering.