You are reading
Kill la Kill: The Game IF – PS4 Review

Kill la Kill: The Game IF is the latest in the Arc System Work’s universe of Arcade Fighters. Developed by A+, you’ll get to take several characters from the Kill la Kill universe into a 3D ring for some fast paced and flashy combat. With different options available for each character, how you dominate your opponents in story mode, on the couch beside you or online, is entirely up to you.

Off the bat, once you’ve loaded it up for the first time, you’ll find that until you go through the first few parts of the story mode, everything else will remain locked. While I found it a bit odd that they would hide certain features like being able to fight against another player until you’ve played far enough into the story mode, once those modes are unlocked the world is your oyster for how far you think you can take your skills. Unranked, ranked, just with your favorite person in the world that you want to kick the crap out of on the couch next to you, it’s your choice. 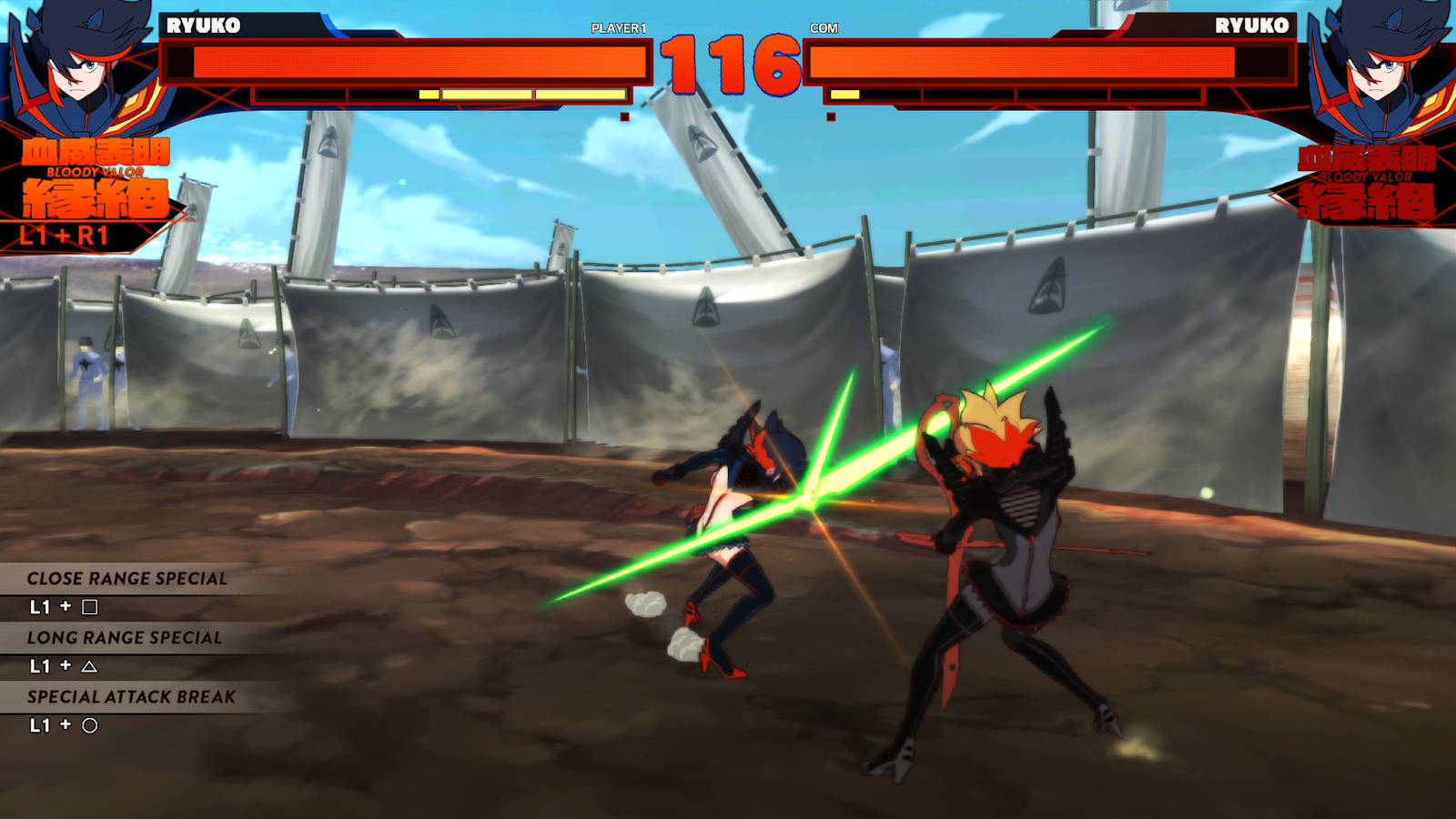 While the melee and ranged attacks are fairly self explanatory, the rest of the system is built upon these two as you can perform them while staying put, while moving, while dashing or while dodging. Special attacks based on these two can also be used so understanding how each character behaves is important as they come in a variety of sizes from the smallest Jakuzure to the biggest Sanageyama who’s transformation with his kendo stick is just defyingly huge. Having the fighting done in a 3D arena helps as size doesn’t matter if you can dodge around your opponent.

Side to the story and to the arcade versus, there are some other single player only modes like seeing how far your can survive in a series of 1v1 matches. While this mode isn’t new, and while your health carrying over isn’t new either, it was nice that depending on how well you did it was possible to win back a percentage of your hit points to help in the fight ahead. There are other modes that are designed to help you train your skills but the back to back fights against all of the other characters including your own helps you nail down strategies fairly quickly.

Finally, there’s the Covers Challenge Mode. Covers are clothing that have taken over the students of the academy and they come at you in swarms. Fighting against these is a lot of fun because it’s not just a 1v3 in which the “3” swap out. Oh no. Instead they are all on the field with you and you have to fight them ALL at the same time. It basically turns this Arcade Fighter into a Brawler if only for a short time. 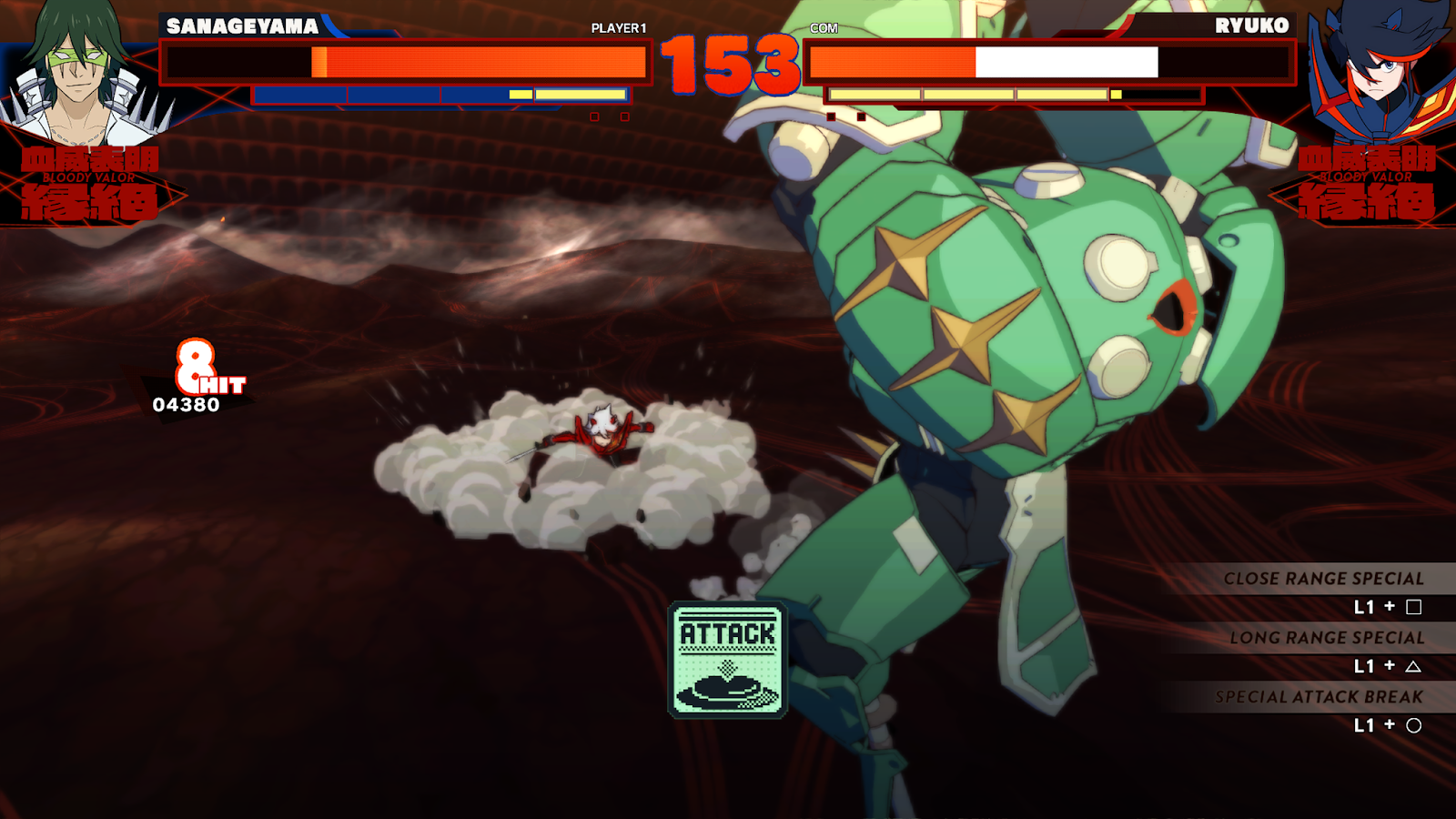 The only real issue that I found with this fighting style is that the targeting can feel a bit off when you have multiple enemies in front of you. One second you’re chasing one down and next thing you know you’re hitting someone else and you have no real way of changing that short of redirecting your thumbstick and hoping that you hit the right person. It takes some getting used to and also a bit of luck to hit the right one but when most weapons can hit several? Eh, you have to take them all out anyways!

So on a whole, while I can’t speak for fans of the anime as I have yet to watch it, Kill la Kill: The Game IF I thought was a fair amount of fun and worth it if you’ve been looking for a change of pace from the other recent releases like Dead or Alive and Soulcalibur 6. Otherwise, if you’re looking for more than just an Arcade Fighter? The story mode is fairly short and while survival is fun, the bulk of your time will mostly be facing off against other players online.