You are reading
Chocobo’s Mystery Dungeon: Every Buddy – Switch Review

Chocobo’s Dungeon: Everybuddy is a port of the old(?) Wii classic that didn’t really gain much widespread traction, but had a rabidly loyal fanbase among the Mystery Dungeon crowd. They’ve redone the music, added some new gear, removed some old gear, completely eliminated pop up battles, and added the vaunted co-op feature to bring buddies with you into a dungeon. With all of the adjustments made, there is still no outright extension to the story mode, or EX challenge mode, so the question is, are the things that were changed enough to keep this game fresh?

The story is fairly heavyhanded and obvious at essentially every twist and turn (not that there are any actual twists), allowing you to switch that part of your brain off and just focus on grinding out Job Points for your various jobs. This is a game where you are expected to replay dungeons multiple times to get through them, and then play them more to farm rarer items that drop, that said, it’s not what one would call ‘story’ per se. Chocobo has awoken in an island village with a village full of people that have no memories.

Yes, super cliche, but you use a pendant you got from a boy in an egg (Not suspicious at all, right? All children come from eggs, or at least, that’s the impression you get when literally nobody questions it) to enter the memories of the village, fight through a procedurally generated dungeon in their mind filled with progressively higher level enemies, all with the goal of unlocking that person’s memories by collecting the puzzle piece on the bottom floor. 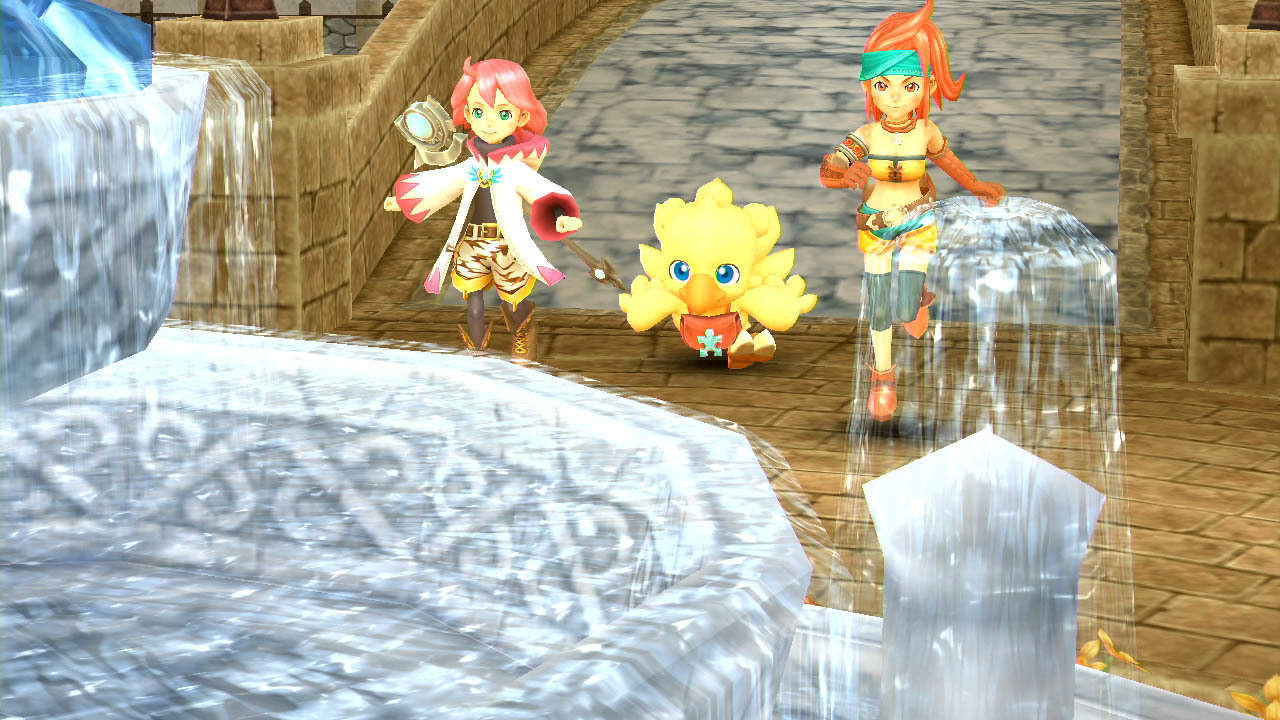 Everybuddy is a roguelike, through and through. It’s fairly kid gloves for a typical roguelike, with the loss of current inventory being the only downside to death, so you can eventually just grind out any experience needed to steamroll through opposition through only perseverance and hard-headedness. You have an ally that follows you and acts just after you do (The ‘buddy’ in everybuddy) that is chosen from monsters that you have murdered enough to convince one of them to send a representative as your henchman.

When you kill an eligible monster (the majority of them are eligible, even duel bosses and dungeon bosses) there is a chance that they will drop buddy points. Collect enough buddy points and you can then bring that monster with you. Every buddy has different stats, is level scaled to Chocobo’s level, scales with your currently equipped gear, and has one skill to use. Choose your buddy for their skill, not their stats. The game isn’t any harder than the original, though, and this game was beatable without buddies, so the buddy system really trivializes encounters, especially with a human player. More on that below. 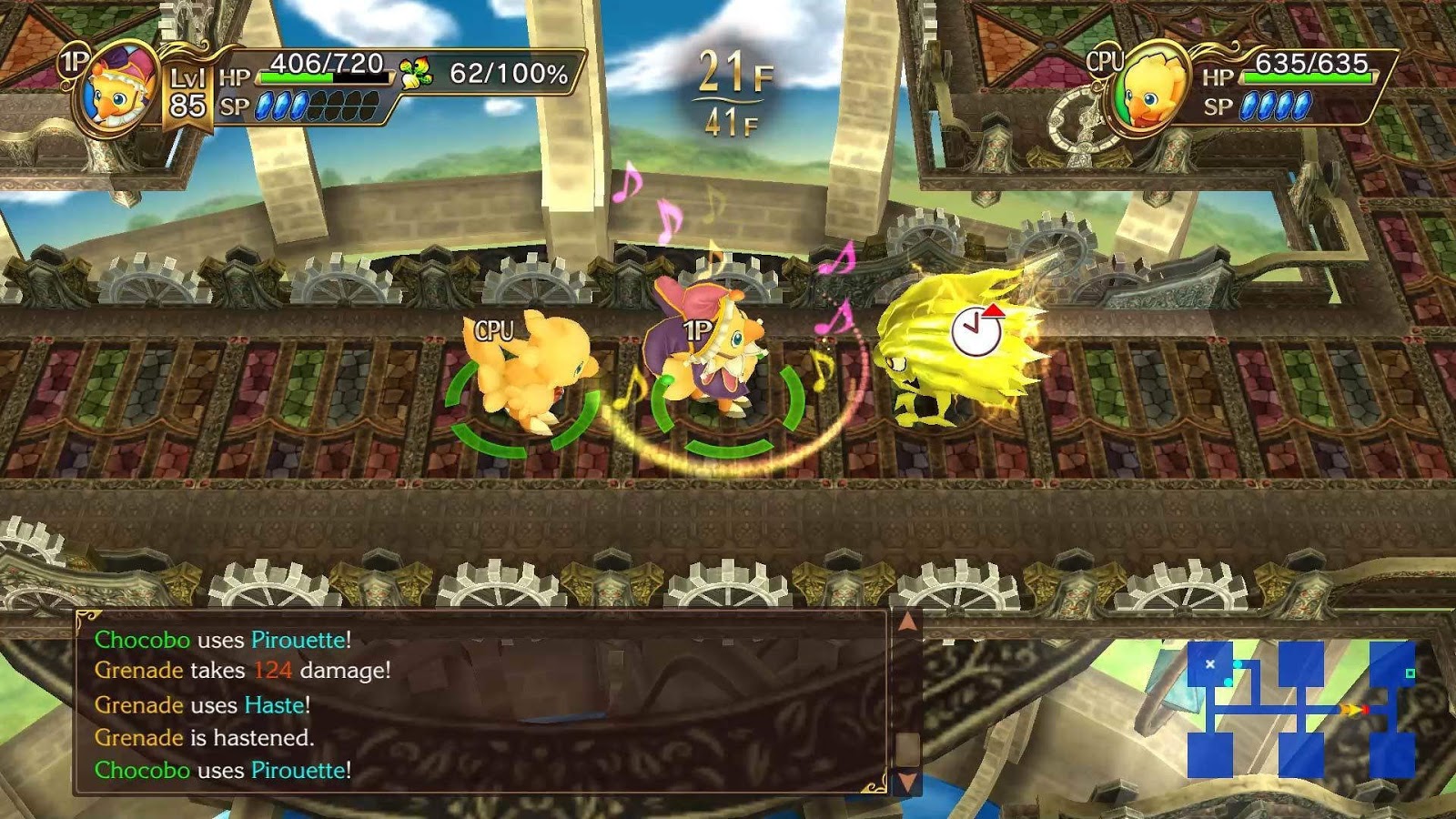 My favorite part of this game, by far, is the music. Chocobo’s voice is annoying, his attacks always have the same sounds, but the soundtrack is comprised of a smattering of popular tunes from across the final fantasy anthology. It’s a very overt tug at the heartstrings, but it’s still so well executed, I can’t help but love it. Some of the best battle themes from the series were used for pop up battles, and with their removal, the soundtrack isn’t as glorious, but still amazing by my estimation.

First and foremost, the worst part about this game is that whenever you have a 2nd player controlling the buddy, the music switches. It doesn’t matter if you’re in a dungeon or a boss fight, it all gets washed out by the same short track that loops with manic fervor. Get ready to mute the music if you want to play with a friend… and that’s a shame, really, as Final Fantasy games have always been known for their soundtracks. 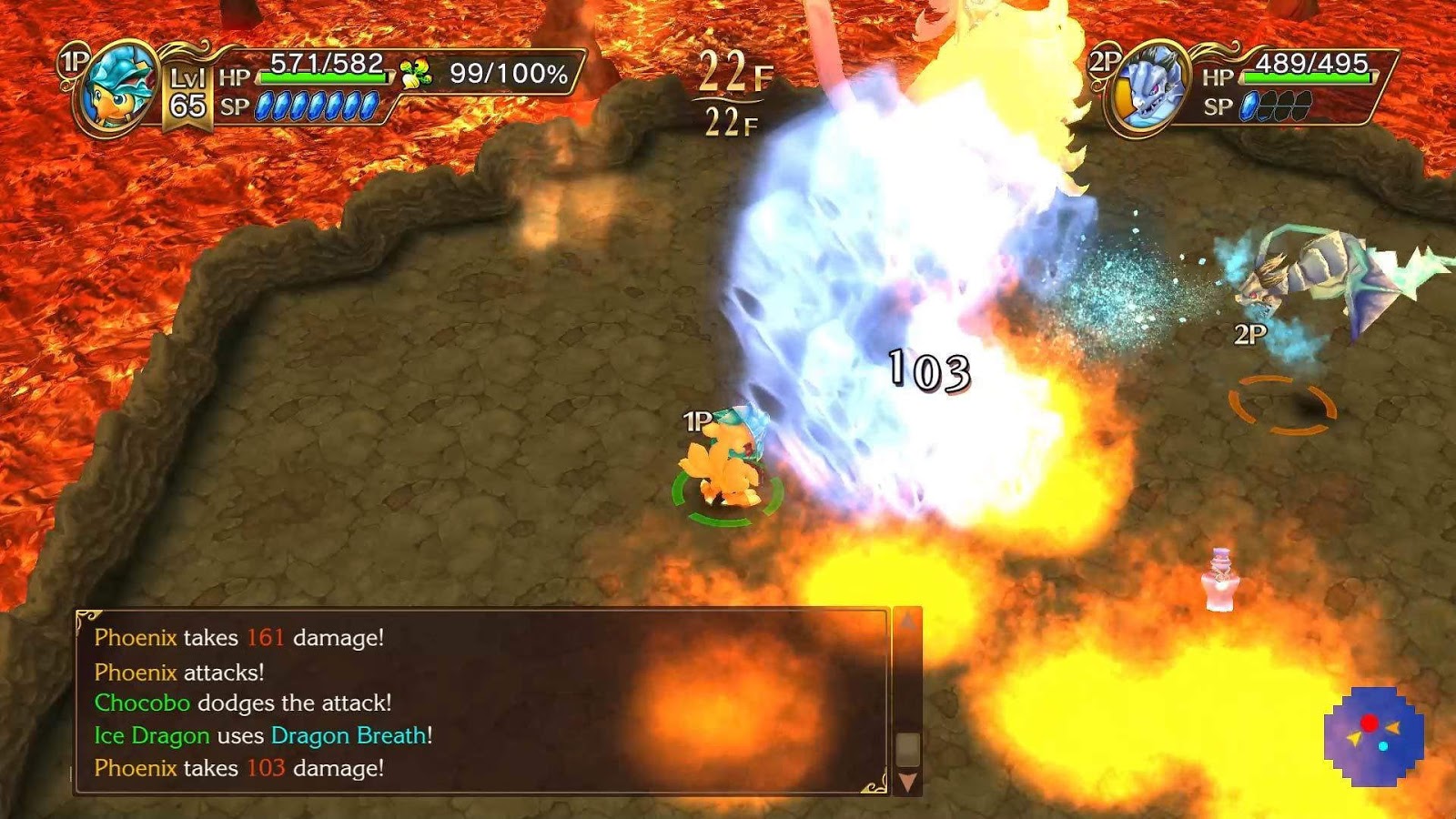 If you enjoy Roguelikes but want one that you can actually beat, this is a great title. The controls are simple and understandable, the music is memorable, and it is as easy or difficult as you would like it to be. There was some content removed, some added, and for the most part, if you’ve played and beaten the Wii title, not quite enough has changed to warrant repurchasing the game on that merit alone.