After a successful launch on PC last year, Ancestors Legacy has made the long trek to console gaming. of course, the question any time you have a port is how well does it come over to its new platform? Adding to that concern, the RTS genre has had a lot of mixed results over the year when making the transition from mouse and keyboard to controller. The good news is, Ancestors Legacy feels as though it was originally designed with a controller in mind, and as a result this game plays right at home on the PlayStation 4.

There are not a lot of real-time strategy games on consoles, and those that exist do not touch the on the factions presented here: Vikings, Slavs, Germans and Anglo-Saxons. While these groups are not as immediately diverse as different classes in fantasy races in science fiction fantasy games, there is plenty of nuance in each of the four factions once you start to dig in and understand how the game plays. While at first blush the differences may seem fairly superficial, understanding how speed versus heavily armored troops can mean the difference between victory and success.

While the longevity of games in the RTS genre often revolves around the online multiplayer (and the two modes – Annihilation and Domination – are both solid), I enjoyed how much content was provided with the single player campaigns. The overarching narrative does a great job of putting you in the boots of a particular group of people and their leaders. Cut scenes and dialog help to convey the varying motives, often times presenting one side of a conflict in convincing fashion, only to later have you play it out from a different perspective and being reminded that there are often multiple perspectives to every story. It helps that there is a good deal of variety in the mission structure, often with objectives that feel very organic to what is happening. Certainly there are times where you have to annihilate everyone, but there are just as many missions where the objectives focus on subterfuge. 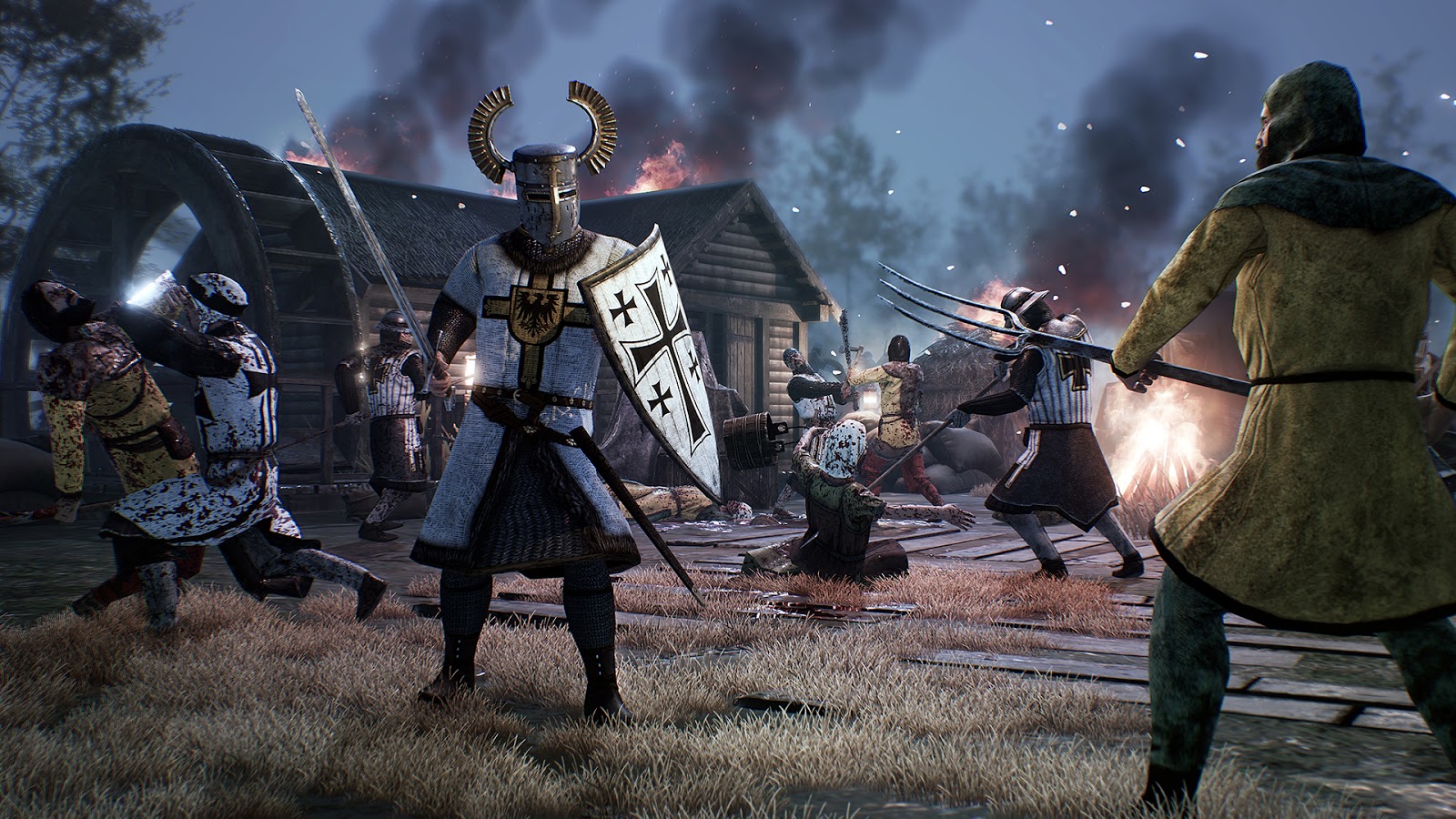 It helps that the progression elements are so interesting as well. While building structures is a pretty straightforward process, the impact those buildings have on your troops can be pretty profound. In almost 4x style, researching tactics and gear is just as important as getting your units experience on the battlefield. This kind of progression actually made me invested in my units, which goes a long ways towards becoming invested in battle as well. I have never been a big fan of strategy games that treat units as completely disposable, and here I looked forward to unlocking that new skill or piece of equipment that would improve my forces just enough.

As in many strategy games, there is more to it than just butting heads with your opponents. There is a resource management aspect here that works rather well also. Possession of camps can give you the resources you need to upgrade your troops, but there is always that fine line of risk versus reward where you have to determine when it is safe to conquer – and when you need to stay back and defend what you have. I did find that turtle then swarm tactics did not seem to work as well here as in many titles where I can just sit on a few camps, amass tremendous armies and smother the competition. Traps, sneak attacks, morale and knowing your opponent (there is a rock / paper / scissors-like approach similar to titles like Fire Emblem where units are strong or weak against one another).

There are numerous other factors to be considered during combat as well. Terrain is a common adjustment made to the hit / miss ratio of units, but weather can also impact it. Terrain is not always about the behind-the-scenes dice rolling either, since there are considerations for whether or not you can even traverse a part of the countryside. Clever use of terrain can, for all intents and purposes, make a larger unit feel much smaller if you can force them through narrow passages and limit the number of active units they can use against you.

The music is appropriate, the dialog effective and the visuals are engaging. The way combat swoops in from an eagle-eyed view to a grittier, more violent view of the carnage taking place. Textures are fantastic, there are some truly impressive lighting effects and despite tons of activity on the screen, I never noticed the game slowing down for me. All in all, the presentation here is exactly what I hoped for with such distinctive factions at play. Probably the part I was most curious about, having played this game originally on PC last year, was how the interface and controls would handle. By and large, the controls are really solid, with some great use of menus that make most of the options really accessible. Things can be a little fickle when trying to group multiple units into one, and the UI can get just a bit too clustered for its own good at times, but the developers here deserve a ton of credit for things like hot keys and the ability to jump around the map quickly. It will likely never feel quite as smooth as using a mouse and keyboard, but this is a pretty solid control implementation.

Of course, not everything is perfect. I had some crashing issues (that seem to be mostly better of late – maybe a recent patch helped?)  worth noting. Despite the visual flair of the swoop-in combat camera, the character models themselves leave a bit to be desired. The environments themselves look fantastic, and the characters animate well enough (even if their motions are a bit simple), but there is not a ton of detail in them and after a while they all just look and feel a bit redundant.

Fans of the RTS genre who bemoan the lack of good console options on the market absolutely owe it to themselves to give Ancestors Legacy a try. There is a good deal of content here, and despite using a controller, it is pretty accessible and most importantly just a lot of fun to play. Different storylines and intriguing progression options offer a lot to enjoy for those looking for a strategy fix.