You are reading
Crystar – PS4 Review

While the gameplay does not necessarily bring a lot new to the table, I have to say that the dark themes and emotional storytelling compliment the visuals and music wonderfully. These elements come together to create an interesting world where I cared about what happened next, even if the mechanics around advancing the story are somewhat mundane.

This is the story of Rei Hatada, who wakes up as a butterfly and is accompanied by her sister, Mirai, who is also a butterfly. It is an interesting, surreal and rather lovely dreamlike state that they awaken from in a strange place shortly before being beset upon by a monster. During the battle that takes place, Rei inadvertently slays her sister. These events set up a frenzied story where Rei strikes up a deal with some demons to save her sister. We have seen these deal-with-the-devil types of stories before, and as one would expect, the pact makers are not necessarily playing all of their cards right out of the gates. This leads to Rei having to learn more about them and the job they are asking her to do – and to consider the consequences of her actions. The entire introduction is great hook into the game, with its score and beautiful visuals taking center stage. 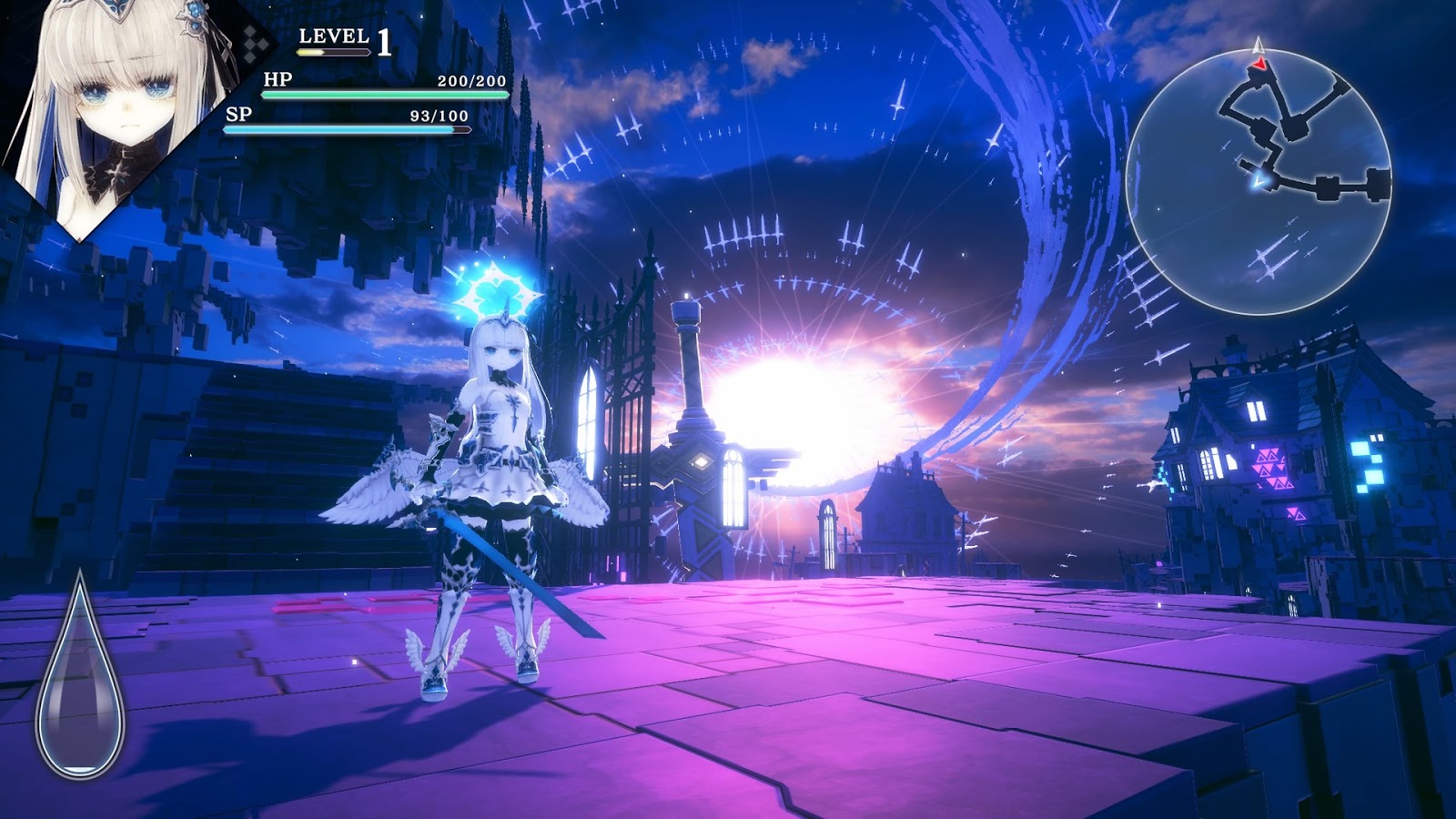 All of this serves as the setup to Crystar, which then follows Rei along this quest to kill other demons and try to understand exactly what her role in the bigger picture is. She will meet other monsters along the way and all of this ties into the game’s namesake and the primary power at Rei’s disposal – crying. Her tears carry with them considerable power (that gets translated into gameplay where you cry to boost your SP to fill a meter that allows the use of overwhelmingly powerful attacks). This all gets trickled into the storyline as well, and to that end there is a lot of really emotional threads to experience.

For one, Rei meets other hunters along the way, all with a similar goal if different motivations fueling their adventures. Most of these have emotional stories of their own that get peeled back slowly over the duration of the title. Let’s just say these are not happy tales, just as Rei’s is not. Perhaps just as interesting, if not more so to me, are the stories for the enemies you best along the way, These abominations were not always monster – they were in fact people as well. People who were corrupted by a wide variety of things, and while some of the themes are somewhat mundane, many of them actually struck a pretty significant chord with me. 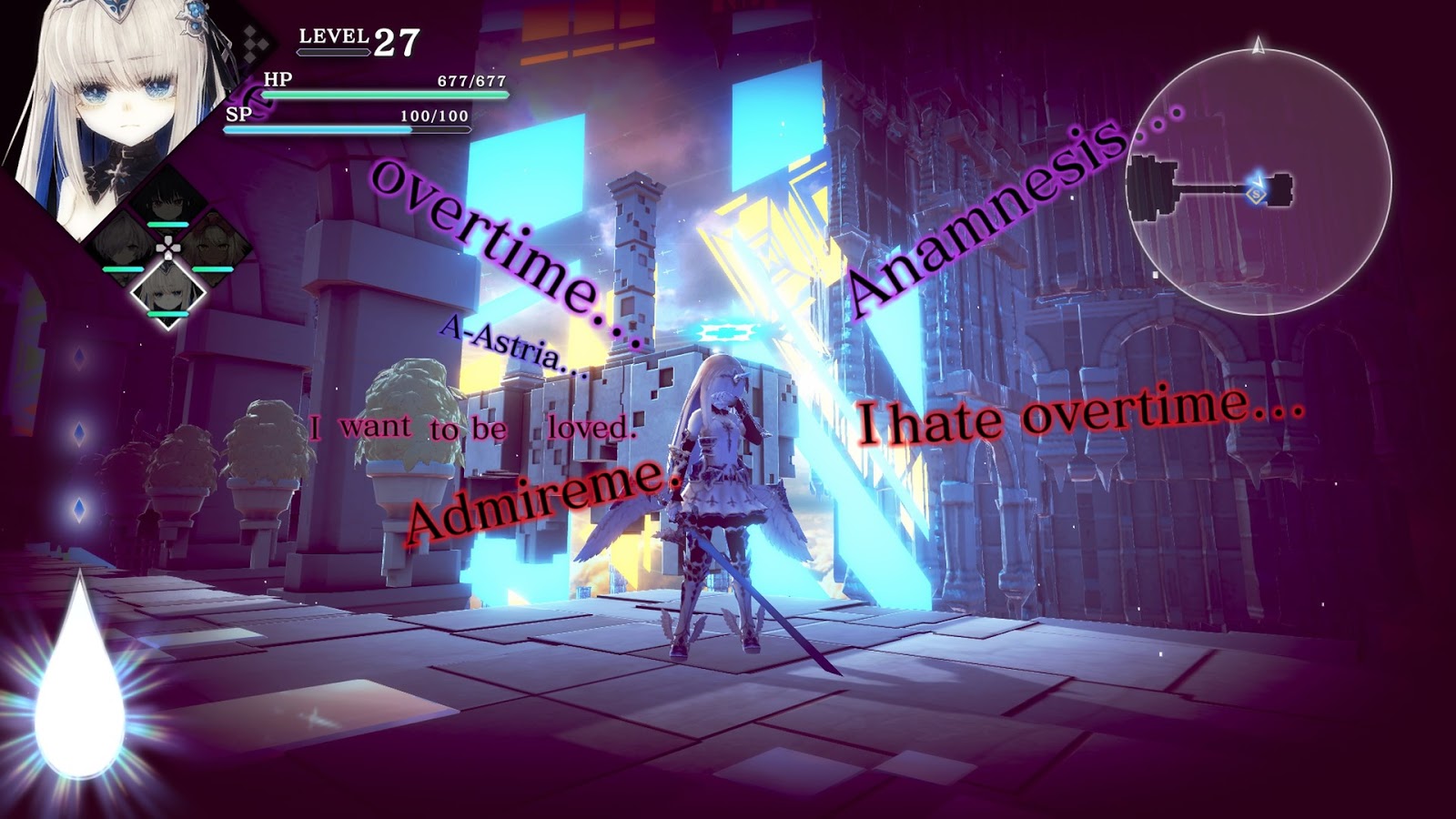 Where I was a little bit less enthused by is the standard action-RPG gameplay. Run, dash, jump, light attacks, heavy attacks, special attacks are all pretty standard fare here, and they are executed just fine in Crystar. Even the primary gameplay mechanic of crying to fill a special meter to unleash an ultimate attack is really just a dressed up version of the same thing we have seen in the genre for years. You are mowing down massive hordes of enemies, which makes the above actions feel rather grindy after a while.

This sense of sameness also permeates the actual environments and enemy encounters as well. Visually the game is very appealing, but a lot of assets are reused – like the combat mechanics themselves. It does help that the other hunters you can recruit along the way provide some variation in how the combat plays out, even if fundamentally they are all rather similar. The environments are enjoyable to look at, and the character models are well-done. Additionally, the most powerful attacks are appropriately spectacular to look at. The engine deserves credit for tossing numerous waves of critters at your characters without hiccuping badly, though I wish the enemies were a little bit smarter. They tend to arrive in waves, rushing right at you rather mindlessly. Crystar is not a terribly difficult game – generally spamming the right sequence of attack buttons to stagger and wipe out the opposition will do the trick. Truth be told, I think battling the camera was at times the most challenging aspect of combat. 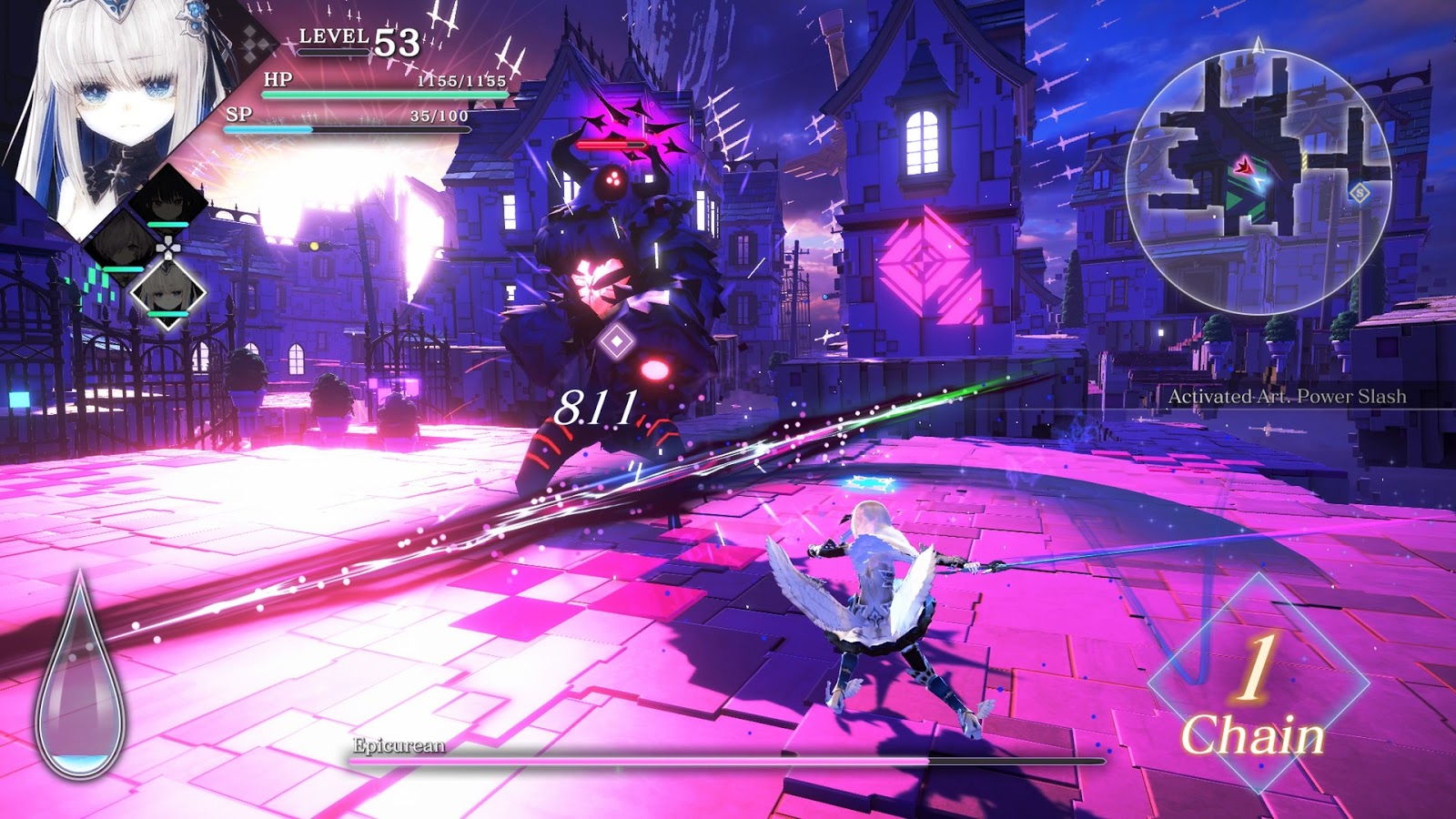 Crystar offers an interesting, thoughtful story that extends into a couple of the gameplay mechanics and actually makes a bestiary something interesting to read for a change. It looks and sounds good as well, making the time spent with Rei on her quest an entertaining one. However, repetition is bound to set in at some point due to a somewhat shallow combat system and a lack of variety in enemies and environments. If you can overlook the somewhat repetitive nature of the gameplay, Crystar felt like time well spent due to the narrative and characters.