The polar ice caps have melted due to global warming. The plague came back due to lack of vaccinations and swept across the globe leaving corpses in its wake. The nukes have finally dropped in what was most likely what would amount to World War III, and what was left afterwards? Those tough enough to survive. Starting off with the mutants Bormin (a boar) and Dux (a duck), you’re heading back across Ghoul infested territory towards your home the Ark with scrap to fix the broken water filter. Make you think of the original Fallout? It did to me but this is so much better.

Mutant Year Zero: Road to Eden falls into a very particular style of gaming experience. On one hand, you have your RPG elements that let you level up your party “your way”. On the same hand, you have the freedom to explore your surroundings at your own pace. Do you take it slow or do you simply rush through? In either case that choice is yours. Finally though, on the other hand, you have a very linear and very specific path to take forward and there’s no grinding on the side to help you make it through. You either plan accordingly or become the ghouls’ next meal.

None of the above is ever hidden from you and the game is pretty upfront about it. Knowing that things are going to be biased helps put you into a mindset that “cheating” is fair game and using every tool in your possession is a must. Starting off with only two characters, the first few scenarios are fairly manageable but it doesn’t take long for you to start being creative with how you approach your enemies. Being stealthy is always an option but you can only keep things quiet for so long before someone yells, screams or fires a weapon without a silencer. Jerks… we were trying to be stealthy here. 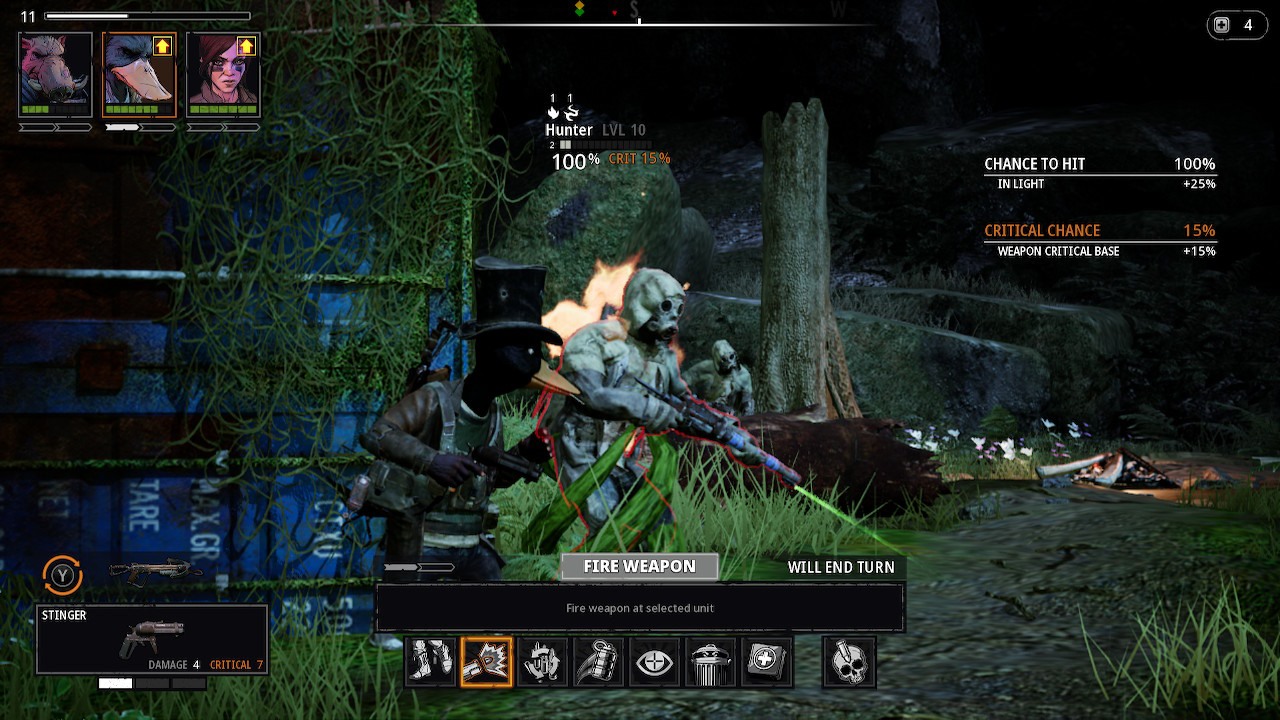 So taking things from the top, Mutant Year Zero is a real time stealth while you’re not in combat and a turned based strategy when you are. Going a visually darker route, you’ll be moving around various locations from underground tunnels to busted up docks and torn apart towns as you move forward on your quests. Using a flashlight to move at a normal pace, objects will shine out in the darkness begging you to pick them up. About ninety percent of the time these objects will be nothing but metal scrap or busted weapons but both of these are basically your currency to buy new weapons and mods, or upgrade your current weapons to be of better use to you.

While moving around with your flashlight, you’ll often hear your enemies before you see them in which you’ll also see a ring come out of the darkness that tells you how far your enemy can see. Turning off your flashlight, you start to move in a crouch and hide behind a tree, a busted car, the corner of a house, the top of a play structure. You lay in wait for the moment which you can pounce on your enemy either in a blaze of glory for everyone to hear or within pure silence making even the dead of night proud.

Once you’ve decided to engage in combat by ambushing your enemies, or if they somehow spotted you first because you were not paying attention, the mode changes for any character that was spotted or that you want to get involved. If you have someone in hiding and the enemy hasn’t seen them yet, you can either keep it that way or have them join the battle but unlike a lot of other titles, they won’t be on the enemy’s radar until they’ve done something noticeable. This leads into one of the more advance features called overwatch which allows your unit to scan the field and only fire if an enemy crosses their line of sight. 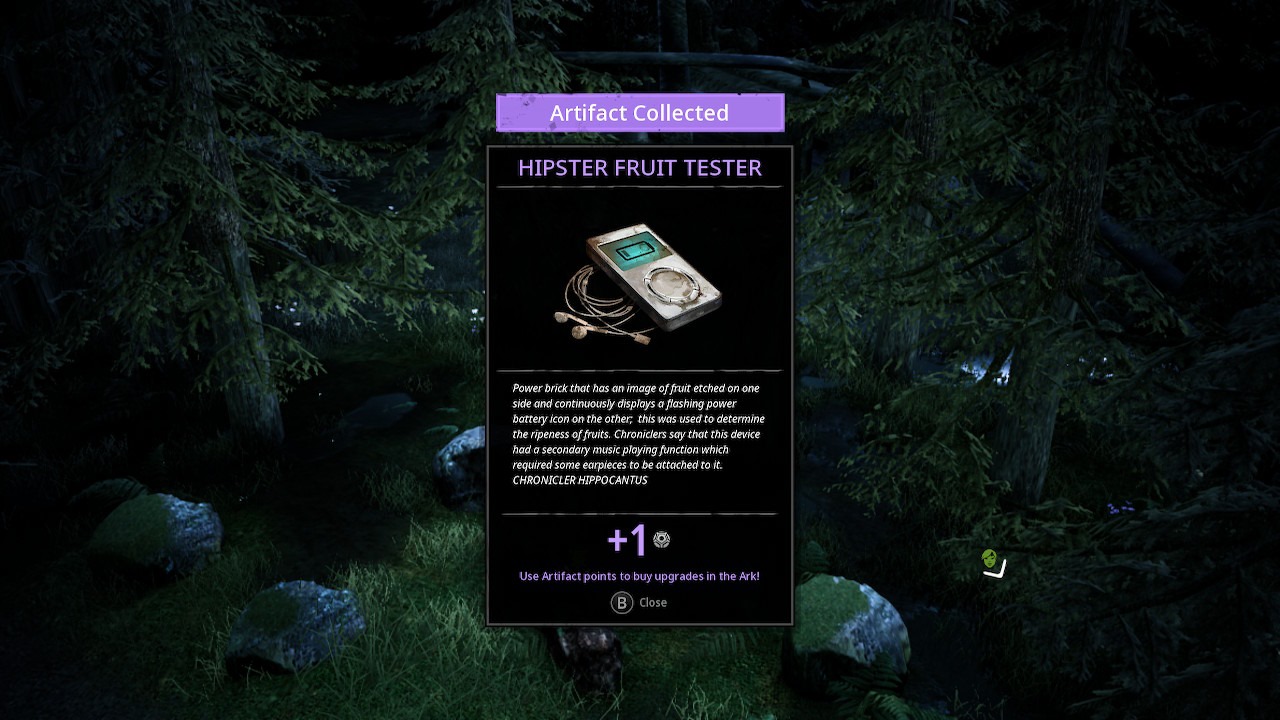 If you’re not lying in wait for an enemy though, you have two real options. The first is to move, the second is to do an action. Moving is easy enough and you can move as far as your character’s movement will let you or how far a special ability will allow you to jump. Moving itself though while an action, is free to perform as long as you stay within the white lines, moving into the orange lines will cause your character to sprint and to lose any second action that you had planned, unless of course you are using an ability that lets you.

So once you’ve moved into place, you can decide which weapon you want to fire, if you want to reload, if you want to throw a grenade or if you want to use a health pack on yourself or your allies. Spreading the party far enough apart isn’t always a bad idea, especially if you can three point pincer attack your foes but if they fall? You only have a few turns to get over to them before they are considered “dead”. You also don’t actually have to move if you don’t want to. This let’s you do two actions, such as reload and then fire, reload twice, reload and then throw something. The only thing that you cannot do twice, is fire a weapon unless you unlock the perk, or mutation, for it.

As you take on, and take out, your enemies, you’ll be gaining experience. Each time your team levels, each character gets access to Mutation Points that can be used as you see fit. While there is technically a tree for each character, it’s really an, do you want A or B before C, rinse and repeat with another straight line on the side. So in reality, do you want to sprint really far and then fire on an enemy? Or do you want a bit more health? Do you want to fly and become a supreme sniper? Or do you want to be able to jump to any point within movement distance. In case, the required points vary so sometimes you need to save up, and other times you can just unload on a few mutations. 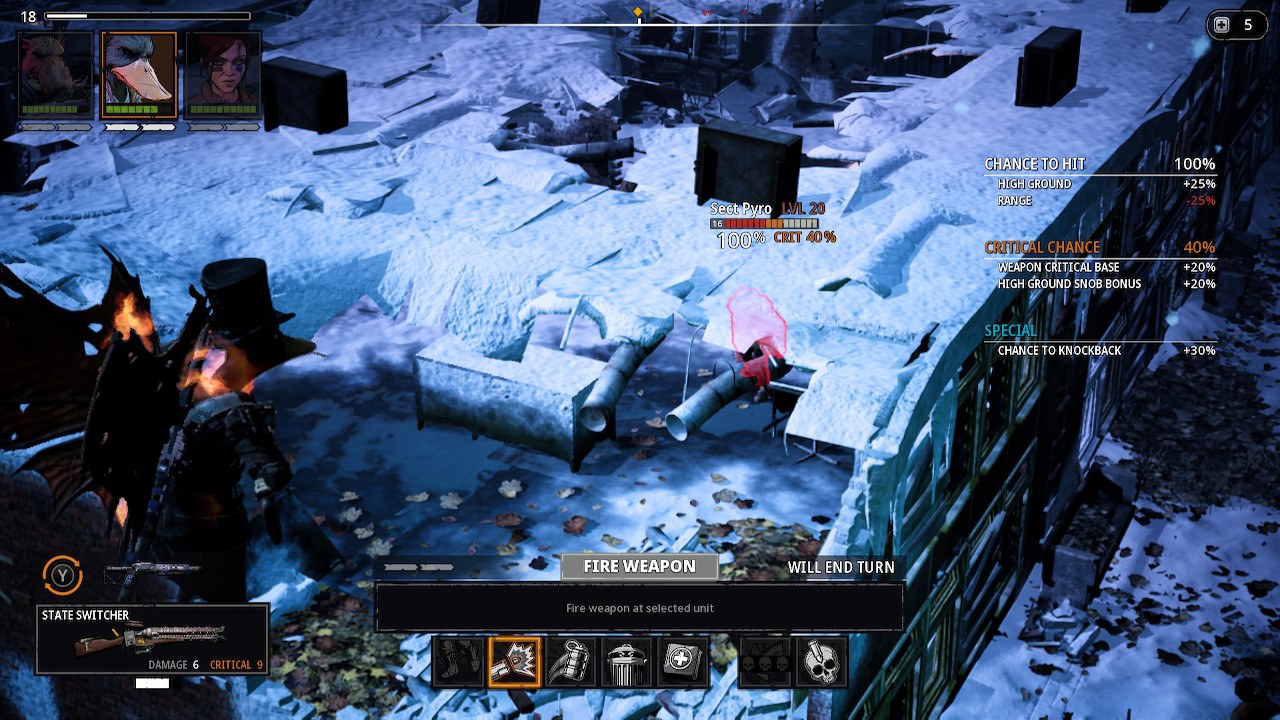 The “trap” that I feel that Mutant Year Zero falls under is that regardless of the difficulty that you’ve picked for damage modification, the scenarios ramp up a bit too fast compared to what you’ve got access to. What I mean by this is that sure, you can take out a few people quietly but after a certain point, everyone comes crashing down on you. While it can take a few tries, it gets there a bit too fast especially when these psychic powerhouses get introduced that can hit your entire party regardless of how far apart they are for a stupid amount of damage. They are also always around someone else so taking them out fast is important because you can’t seriously take them on at the same time as the rest and win. It’s one or the other and it stops being a challenge and just becomes unfair

As for performance on a console? Mutant Year Zero runs flawlessly in the cradle and still fairly well in handheld mode as long as you don’t mind the visual quality drop. It’s noticeable enough, but it isn’t the end of the world compared to some other titles. You will notice if you go straight from handheld to the cradle as the processing needs to be switched modes, but from a gameplay perspective? This PC based title has made an excellent transition over.

Overall, Mutant Year Zero: Road to Eden’s Edition is a great addition to any Switch owner who loves turned based strategies. With great stealth mechanics, a solid turned based strategy setup and some decent banter between your party members, and it’s easy to lose an entire day going through this post apocalyptic wasteland.