You are reading
The Forbidden Arts – Switch Review

Now here’s a game that caught my interest with its unique art style and gameplay. The Forbidden Arts is an action adventure platformer with a sprinkle of exploration. Developed by Stingbot Games, this tiny tale follows a young man named Phoenix, who wakes up with a strange fever coursing through his body. The local guard suggest that he visits the witch in the woods to find a solution to his heat stroke. As you happen upon her she explains that Phoenix is a special individual known as a Pyromancer, a being with the ability to control fire. She encourages him to seek out the other elemental “Mancers” in order to understand the true potential of his powers. With a goal in mind Phoenix thrusts himself forward for a crazy adventure full of beast and magic. 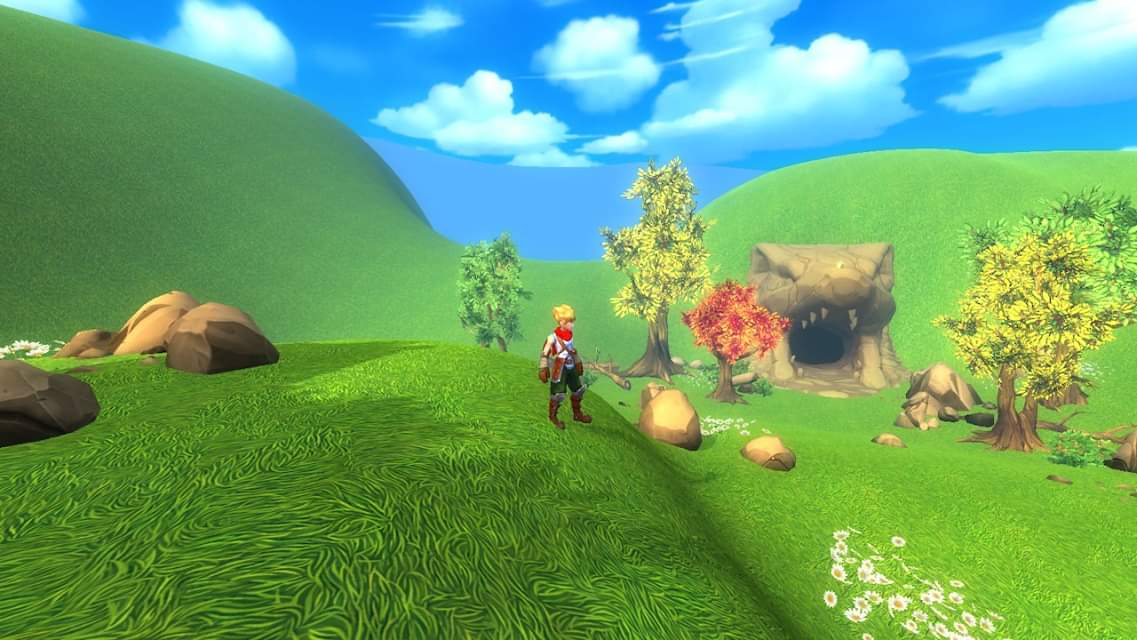 Right off the bat you start the game in a town. The controls are pretty basic to move your protagonist around. Left and right to move. A button to attack and B button to jump. Anytime you explore a town or dungeon area, you will play the traditional side-scrolling pace. But this game takes it one step further and turns the world map into a free form exploration. The world map terrains are quaint but are open to discover hidden treasures and new map zones.

Of Shrines and Blocks of… Cheese?

When you get the chance to roam the open world you might happen upon these deteriorating shrines. A kind hearted carpenter, who always seems to have too much time on his hands, is willing to reconstruct these structures for a handful of gold. The more shrines you find on your travels the pricier it gets, but once you donate your hard earned chunks of gold he will repair them. Once they’re strong and sturdy again you have the option to challenge them. Each shrine has their own unique trials, but if you manage to beat them you will be rewarded with an extension to your health and/or magic bar.

But where art thou gold? Why they are scattered throughout the world. Some are in plain sight, while others tend to be a bit more difficult to find. Don’t be fooled by their cheese-like appearance, I guarantee you’ll chip a tooth trying to bite one. 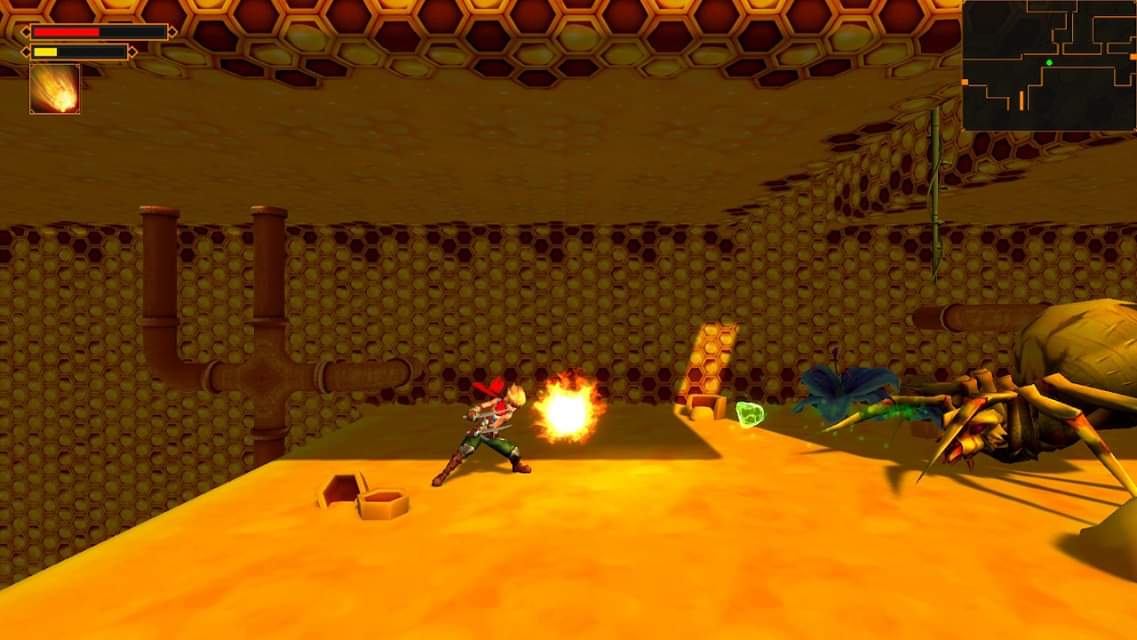 As you venture through the game you’ll notice each dungeon takes up a common theme of forest, mines or snow covered mountains. Hidden within their depths are monsters, traps and puzzles. Most can be handled with ease, but others can be… tricky. You’ll need to be quick on your feet for traps and precise with your attacks if you wish to push onwards.

Being a Pyromancer, you do have perks. With the ability to conjure flames you can use them to attack your enemies or take cover in a blazing shield. But great power comes at a cost, for each time you use the element to aid you, it consumes magic. Fear not, as the dungeons are littered with torches and campfires for you to replenish your supply of inferno prowess.

One of the only things that seems to “irk” me in my playthrough is the difficulty in dungeon crawling. I found myself digging my own grave more often then not, and it’s began to frustrate me to no end. Maybe I’m just really terrible at this game, but it’s the re-spawn locations that get me. Sometimes I was lucky enough to have been reloaded at the next screen over, but most of the time I’d find myself thrown back deep into a part of the maze that is the dungeon. Meaning I have to re-traverse areas and monsters on a repeated basis. Like a CD that has a scratch on it and keeps skipping back to the same line over and over again. Yeah! Talk about having great patience… Which I lack.

The Beauty of the Guitar

There were two things that stood out the most to me in this game… The visual style and music. When I first saw the trailer for this title I was captivated by its bright colour scheme. It was warm and vibrant, even the dungeon had the feel for a dark and dank scenario. To top it off was the guitar-only instrumental that carried with the game. It’s rare to find video games with only one instrument for the whole score and yet… It does it well. It reminds me of RPG “I am Setsuna” with its piano-only soundtrack. Stands out from full orchestrated games, making it unique.
7.5

As I bring everything together, The Forbidden Arts is another wonderful piece to the platforming community and should be played by those who love and respect the classic feel to a side-scroller on a modern system. It might not be my cup of tea, but none the less it was a visual delight.