You are reading
Remnant: From the Ashes – PS4 Review

Remnant: From the Ashes is the newest “Dark Souls” to grace your console of choice. A macabre adventure through hordes of the “Root”, a collection of plant-like creatures hell-bent on turning your world into their own personal paradise.

While I normally really hate to describe a game in relation to the “Souls” series, Remnant is pretty much the definition of a “souls-like” game. Is this a bad thing? If done well, definitely not, and Remnant does it pretty well. The best parallel to throw out would be to “Bloodborne”, as it has a similar theme going with the world and creatures in it. While Bloodborne had a focus on the melee combat with the guns being a supplemental tool, Remnant feels like the exact opposite, where the main focus is the gunplay and the melee weapons are the supplement.

When you head out of the main hub area where you can build and upgrade your weapons, you expose yourself to the danger that is the “Root”, and whatever indigenous violent creatures happen to be around. As you explore the dilapidated ruins of society, you will be killing the enemies in your path for money, ammo, and experience. Unlike the traditional “Souls” fare, you don’t have a running “upgrade pool” that gets dropped on death. In fact, there isn’t really much of a penalty for dying, other than having to wade through the mobs of enemies again. Instead you pick up “scrap” that is used as currency or upgrade materials, that you’ll probably be really hoping to find before they start dropping often enough for you. 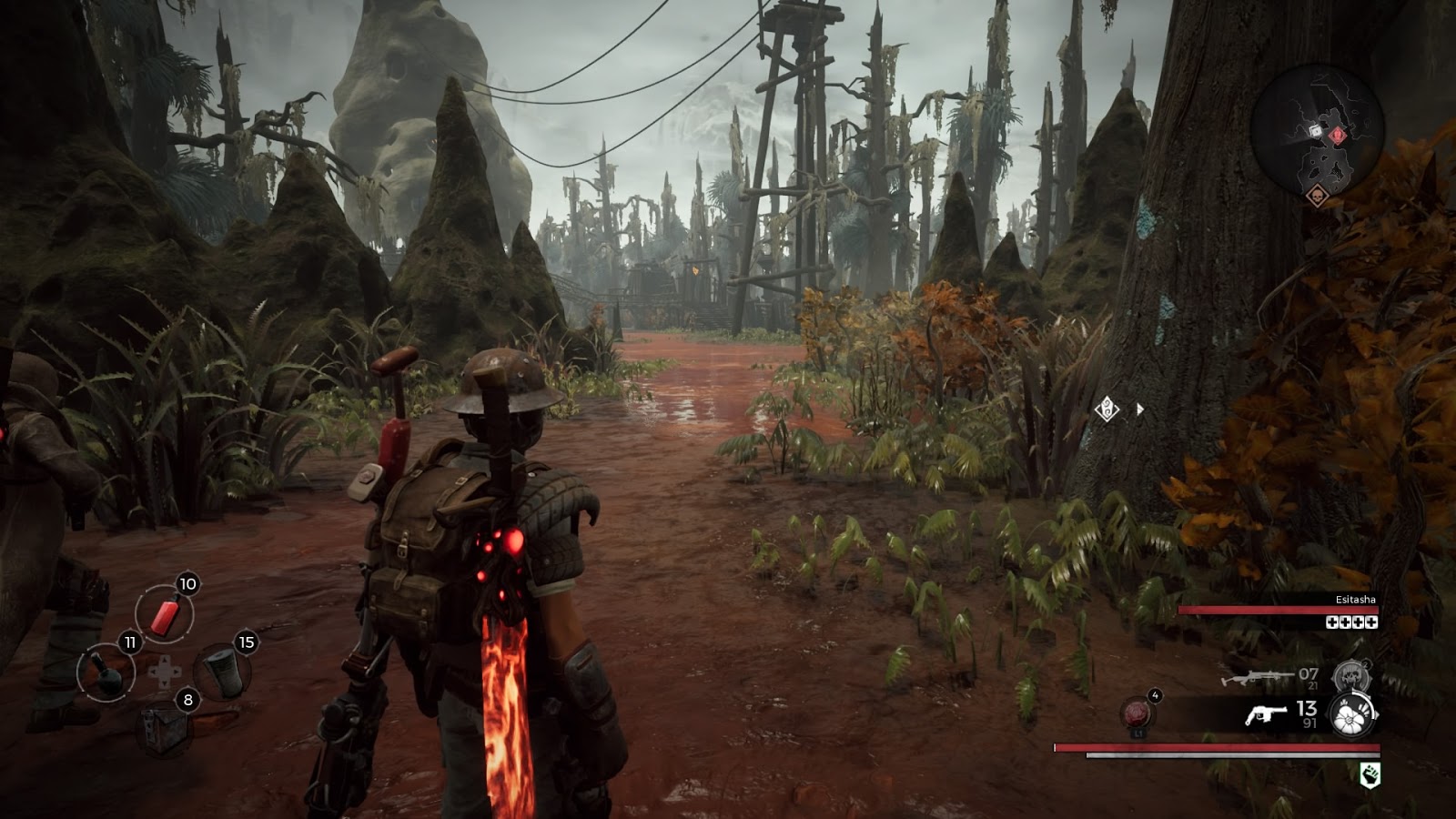 One of my favorite parts of Remnant is the nature of how the game is generated. Yes, generated. Bosses are picked from a pool, and you might not necessarily get the same bosses when you play through a second time, or if you regenerate the world settings. Bosses have their own unique aspects and drops, which can be turned into either weapons to help you cleave through enemies, or can be converted into an effect that you can attach to your weapon. You have a light gun, a heavy gun, and a melee weapon that you bring with you, and choosing the right gun and attachment for a fight can really help get through some of the tougher boss fights.

As you explore and collect useful crafting materials and money, you may also come across a “Tome of Knowledge”. These grant you a trait point, which can be used to upgrade a trait. These traits are acquired either by progressing through the story, or by performing side quests or beating certain bosses. These traits will give passive bonuses, such as increased melee attack speed, or faster reload speed. These traits can be upgraded to 20, and good news for all you fellow completionists, trait points can be acquired until you max out all your traits, at least from what I’ve seen.

Unfortunately, there are some major issues of concern in Remnant. A lot of these P.Y. can probably attest to as well, as he probably saw many of these happen to me when we were playing together. While the option to hop over ledges is great for outrunning enemies and leaping down from higher floors of areas, make sure there isn’t a bush under you. No really, I jumped down a floor and got stuck in a shrub. Points in favor though, I was playing with P.Y. and he picked up the crafting materials, which are shared among any players in the session, and the matchmaking for co-op mode is really good. 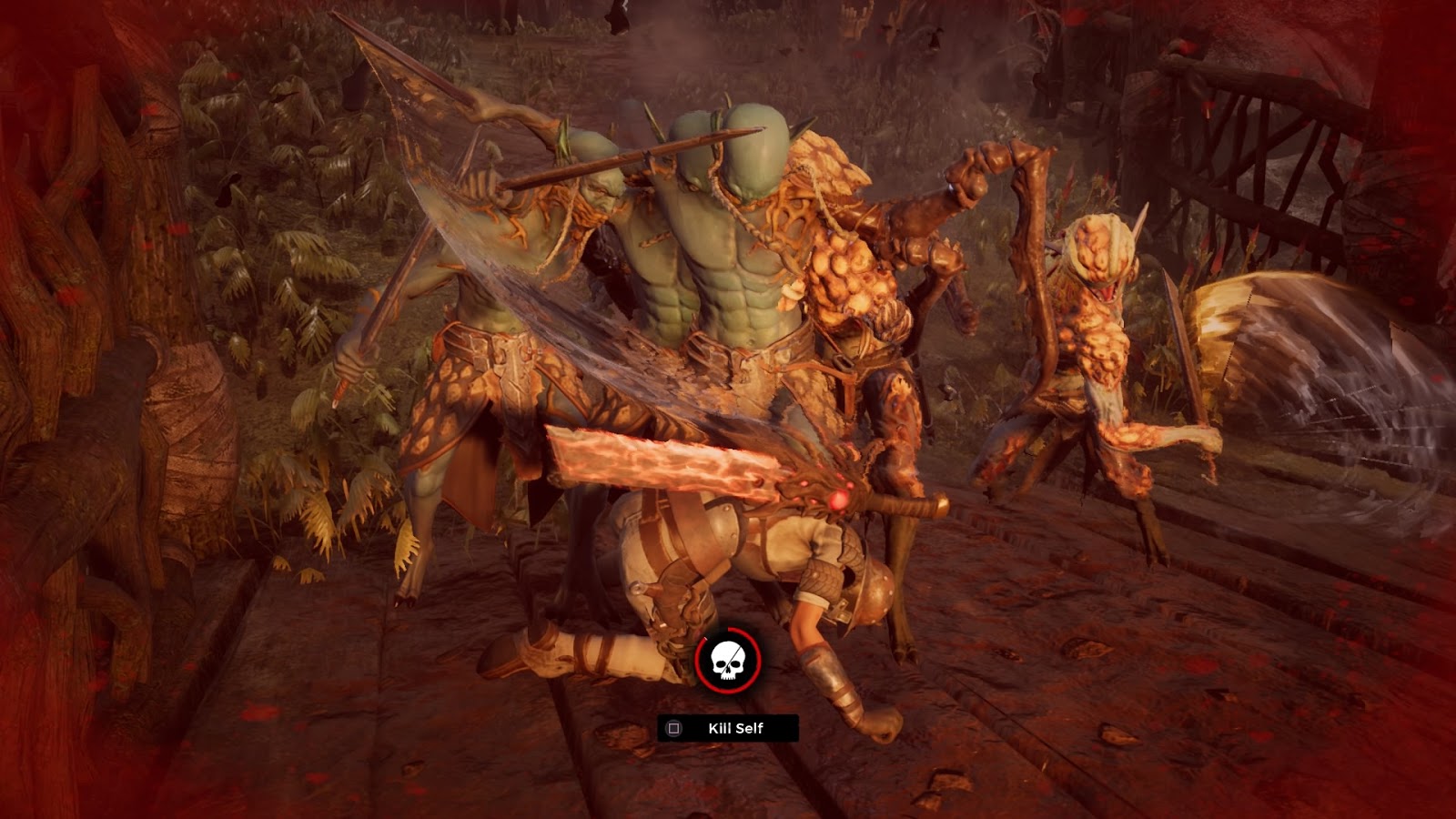 Unfortunately the load times are ridiculously long, to the point that you can probably have something going on in the background during those load times. Be aware that the game also “instance locks” you, as in progression is limited to whoever “owns” the world you’re a part of. While you can still earn boss drops, crafting materials, and trait points and weapons/armor, items for sidequests and certain traits can only be obtained by the “owner” of the world you’re in.

While the “randomized” bosses and mini dungeons are really neat and the co-op mode is really easy to use, the long load times, occasionally swarming enemies and sometimes really aggravating boss fights can be a bit of a draw back. The graphics aren’t really anything to write home about, but aren’t bad either, although there were some issues with the textures not loading in for a while.

Remnant: From the Ashes is definitely a really fun game to play with a friend or two, as the player limit caps at three, but does start to feel like more of a survival gauntlet instead of an adventure after a while. If you’re looking for your next Souls style fix, Remnant will definitely scratch that itch. The randomized aspect is great for replay value, especially since there are multiple ways to kill some of the bosses, resulting in different item drops or traits. So make sure your weapons are loaded and your Eldritch resistance is ready, it’s time to fight some nightmares from another dimension to protect your own.