WRC 8 is the latest in the off road racing series to grace consoles and PCs alike. Finally giving up my more fantasy Mario Kart career for a much more realistic one, was I seriously in for a rude awakening. Super responsive, not being able to just hit the pedal to the medal, and the sheer beauty of the environments had me re-learn how to drive in a video game and enjoying every minute of it.

From the very beginning, once everything has been installed as prior to that you can only free drive on whatever track is ready to go, you’re put through testing to see exactly where you should be started. Doing… ok at best, I went into the lesser of the two tiers that meant while I couldn’t modify my car at will, I was provided with one that should be able to learn off of while going out and racing through dirt and snowy roads. Having this option set me at ease because there’s a level of control to this style that I was wholly unprepared for and for the first time in YEARS, I was happy for both the XB1 and PS4’s sensitive triggers as they are very much needed in order to control your speeds.

Me being bad aside, well not really as that’s the basis of this review, it did take some getting used to figuring out how hard to press for how fast I wanted to do. Happily marked down in km/h, I felt at home especially on the snowy tracks as my car slide this way and that as it would if I was driving on a forest road at 70-80 kh/h. The learning curve for someone not used to this may be a bit larger but the options present to help someone like me out are fantastic. You can set up certain options to assist you until you feel brave enough to turn off the training wheels and then move onto the actual championship mode and do all of your own customizations. Unlike some other titles that simply state “get good or get out”, there are accessibility options to help you smooth in which I found great as it caters to both a new possible fan base and your current one alike with the tougher mode. 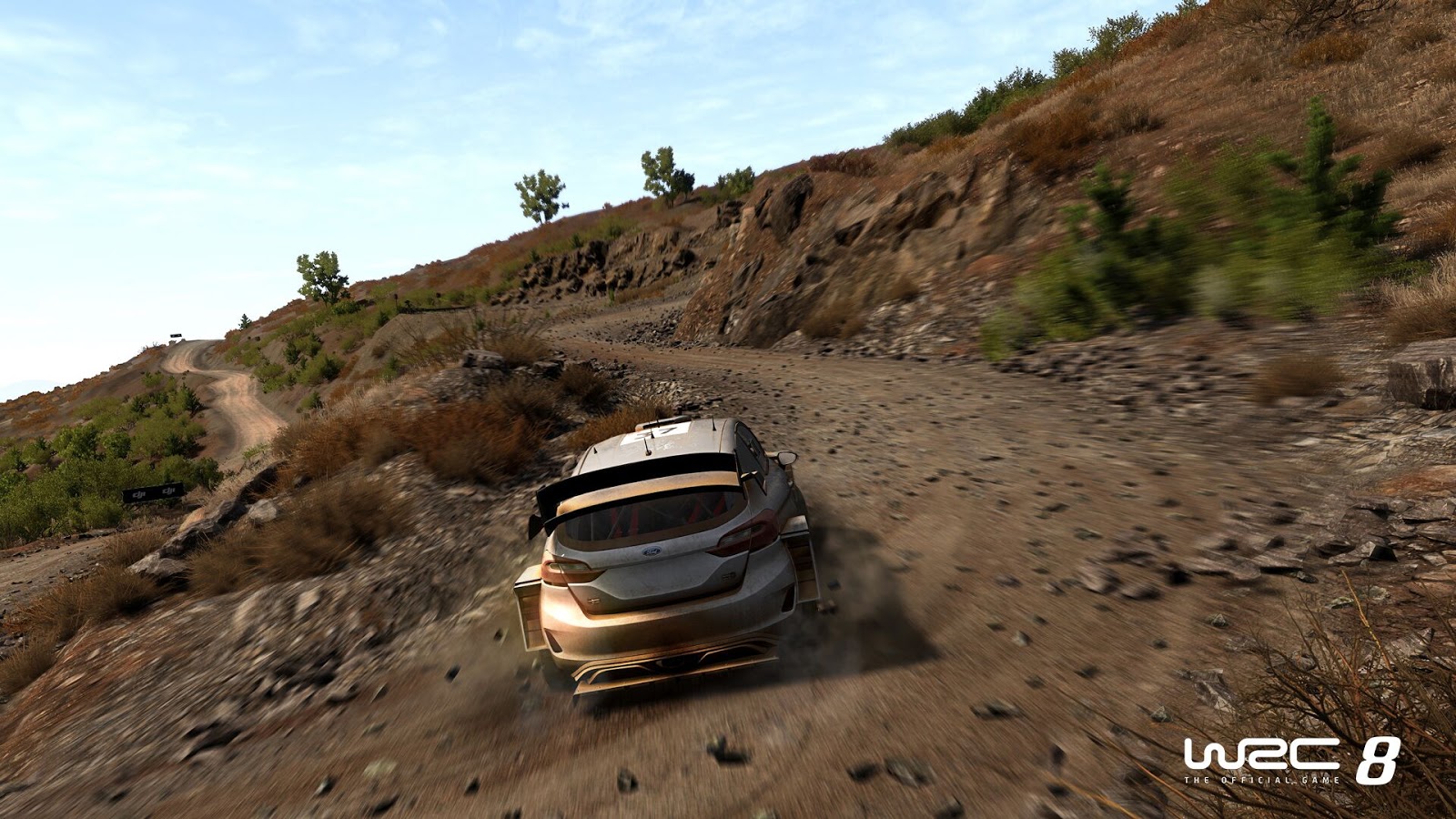 Going into career mode, you are presented with loads of options for setting up your crew, unlocking new perks like a meteorologist to help you prep for weather ahead and reducing the time it takes to do repairs on your cars between rallies. These points are unlocked by leveling up with the experience that you gain while either doing training, special crazy things such as driving in a broken car down a tight slope in the dark and the pouring rain, or in the rallies that the previous two help out with. In any of these cases, learning how to control your car and figure out exactly how to move is key in order to make the right checkpoint times to win.

What I really enjoyed is that you aren’t racing against other people on the track. You’re racing against their times. Most parts of these tracks are narrow and you wouldn’t even want to come face to face with someone if you were driving regularly as there’s just no space. So driving at 60-70-80-90-100+ km/h, even the slightest mistake can wreck your car as you flip off the track and ruin your suspension, hit a tree and break your wheel well or your bumper and then have to drag it. Don’t even get me started on losing my steering… You need to be careful, but at the same time, you need to go fast as your opponents do and if you think you’re going fast enough, you probably aren’t. Putting the controls aside, putting the features aside, hell even putting the physics aside, WRC 8  is one of the prettiest games that I’ve had in my hands in a long time. Everything looks amazing. The dirt tracks, the snowy trees, the campers off to the side for the people that are there to watch, and the cars themselves. The level of visual design only boosts the rest of the features up that much more for an entire package that just sells itself.

It seriously did take me a long time to learn how to drive in a more realistic racing simulator but it was worth it. I was never made to feel like I should just let go of the controller, instead I just felt like I needed to keep pushing so that I could start to take off the assist options to get into that other mode to be a lot more free in my racing choices. Am I there yet? *laughs hysterically* no. Do I plan on getting there? Better believe it!

So overall, WRC 8, FIA World Rally Championship, is a fantastic racing simulator for players of all skill levels. Brand new to the style? Go for it. Coming back for more? Just load up the pro side of things and do what you do best. With plenty of options for everyone, I’m just sad that I’ve waited this long to do some offroad racing.