I should have been a farmer like my father wanted is maybe what Zephy’s father would have said if he hadn’t been killed off by dragons. Naively angry at both the giant flying lizards and witches alike as they are all touted as being in league and evil, our “hero” joins with the knights in order to eliminate them all. Not being able to be more wrong as dragons are born by ripping their way out of a witches body killing them, Zephy almost kicks the bucket facing off against one alone until he’s saved by witches in a stroke of luck as they need him for information. Making him drink dragon’s blood as it shouldn’t affect humans the same way, the ultimate irony takes place of our hero’s story. Turns out the witch hunter Zephy is a witch and he’s now on the hunter’s hitlist.

Dragon Star Varnir is the latest of Compile Heart and Idea Factory’s “spin-offs” from their flagship Neptunia series to make it over to the PC. I say spin-offs as they share the same graphical style, have multiple similarities in their combat and menu systems, and above all else? Supply well built JRPGs with more grinding than a blacksmith can keep up with. A bit like Fairy Fencer F (regular and Dark Advent) and Death Re;Quest, Dragon Star Varnir takes place in a fantasy world which sells itself from the minute you start it off. Knights, Dragons and Witches, a good trifecta for a power struggle only gets more intense as you uncover that there are other factors that you the player and your character are soon to find out.

Starting off Dragon Star Varnir, I was surprised to see how dark it kicks off. Not only is Zephy attacked by a giant dragon, but he’s essentially left for dead as he stood next to no chance without a platoon of knights that he was separated from. Saved by Witches in a battle that acts as a tutorial to a hell of a battle system, they use the blood of the dragon to try to save Zephy as even their magic isn’t enough. Basically brought back to life, the only reason that his life was saved was because the witches needed information about one of their own. Threatening to end his life if he even moves an inch out of line, Zephy and the two witches head down a dark forest path spilling the blood of other dragons as they search for the missing witch. 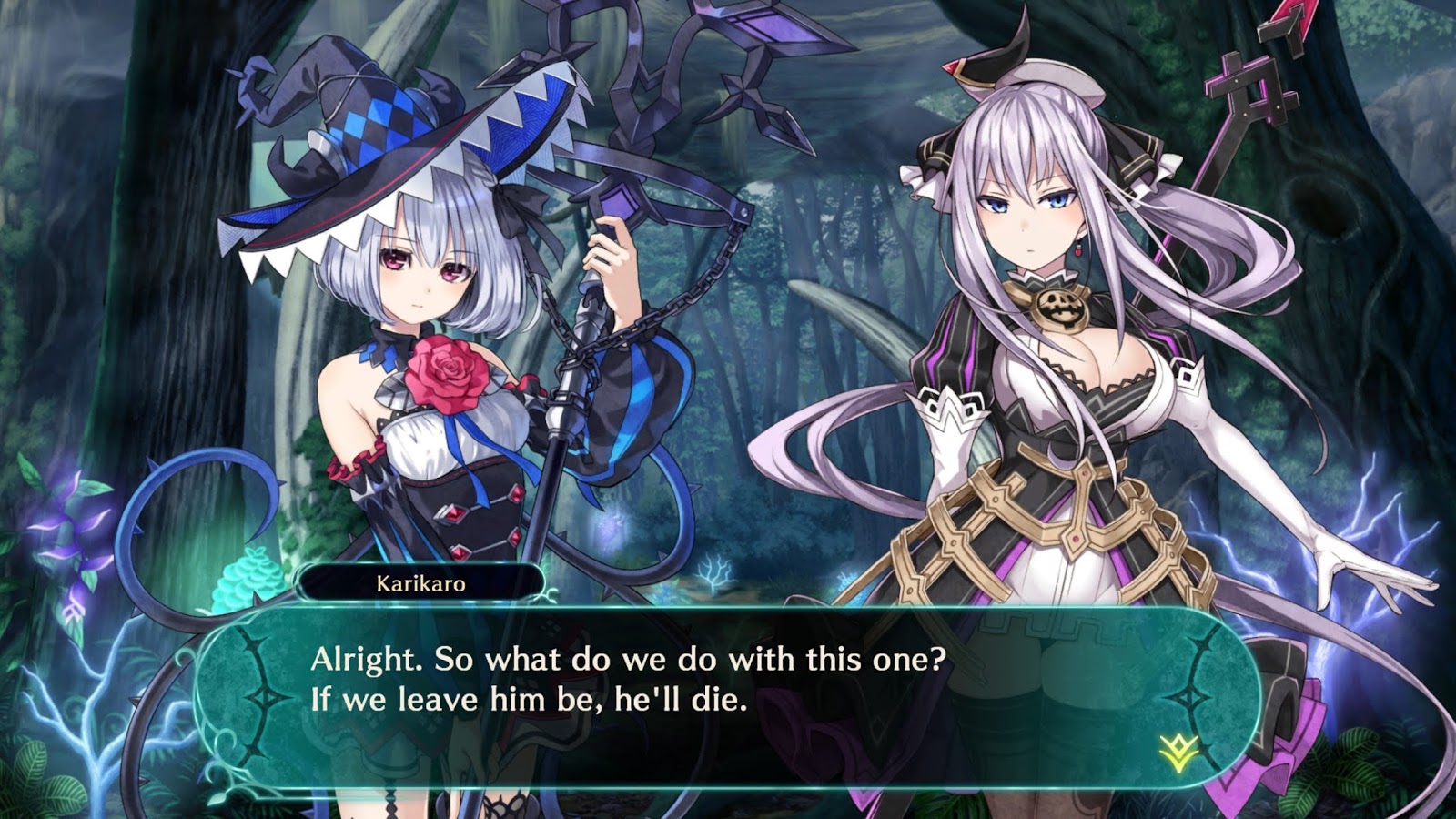 Even in the world of Death Re:Quest, where the digital world where our protagonist now existed was ending, it wasn’t “this dark” and honestly? It was refreshing to see from Compile Heart who specialize in the amazing zaniness that is the Neptunia series where even the darkness of moments have fantasies of chocolate pudding. I really enjoyed seeing the range expanded as the style of gameplay and graphics immediately identifies it and if you thought that you were in for more or the same, think again.

It wasn’t only the narrative that took a shift. Each entry while either in the main series or within one of the side projects follows a pretty familiar formula. You can attack, use magic, use items or depending on which specific entry, move around or fight in the traditional JRPG format. Putting it like that makes it sound none of the above would stand out from the crowd but with the small nuances each have, they do, and in the case of the main line of the Neptunia series, barely two entries play the same including the revamps. The reason this is important is that like the story, Dragon Star Varnir flat out revamped how it’s battle system flowed and with witches obviously having brooms in this world, they use them to fly and fly into battle alongside their weapons and magics.

Having a party of up to three, with three others in reserve / support roles, the field of battle is in the air. Working on basically a 3×3 cube grid, your three witches (Zephy included) have the first three columns while the enemies occupy the other two as some of these dragons are HUGE. Spanning space left and right as well as up and down, you can target parts of your enemies with your physical weapons or use learned magic in order to hit multiple parts for an easier take down. Just flying and being able to have your characters on different levels was neat, but seeing the idea of giant enemies from Megadimension Neptunia VII turned into something new was really cool. 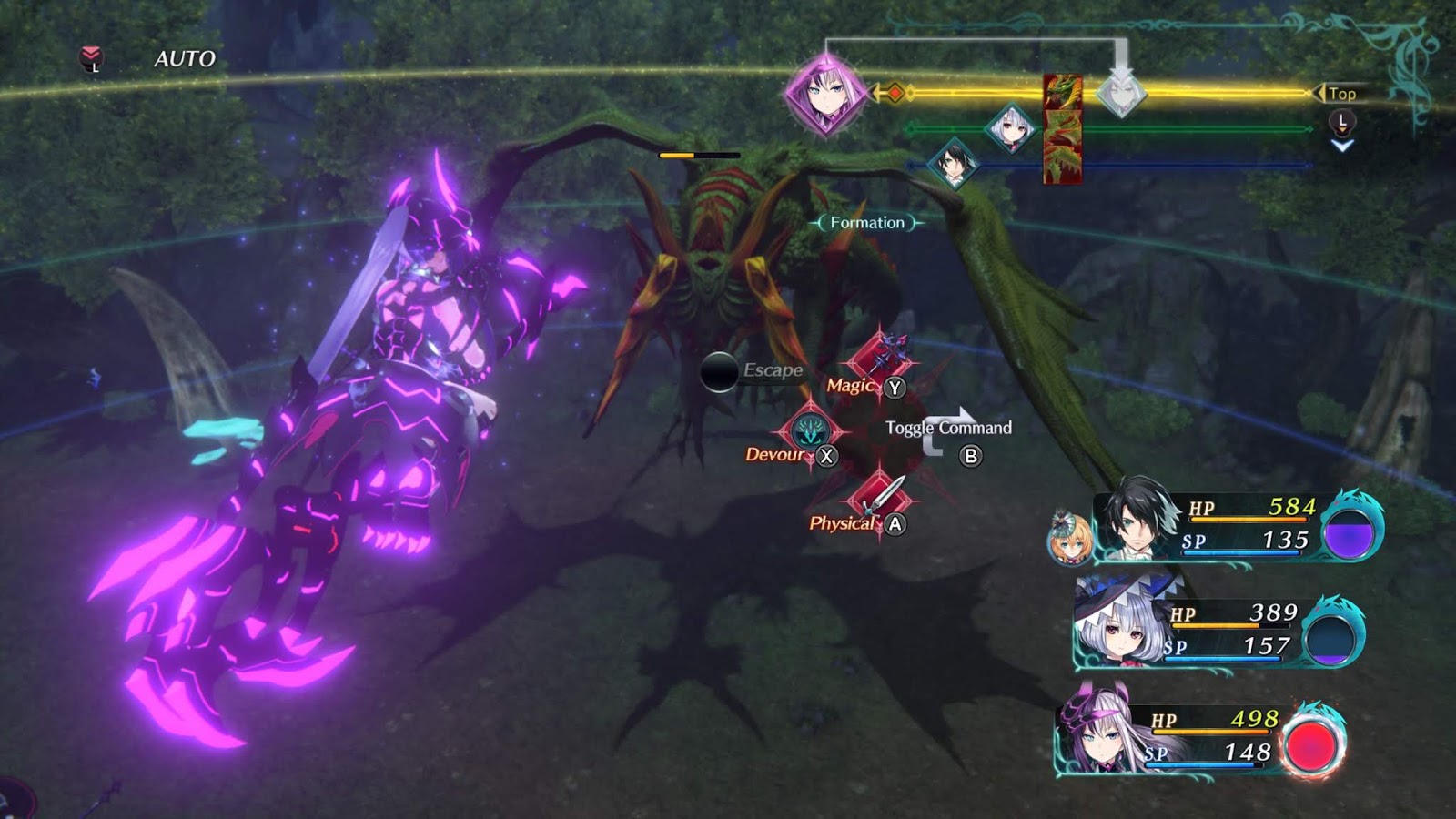 Taking things a step further, there’s an ability that can be used in battle which will help determine exactly how powerful your characters can become. Adding to the darkness of this world, Dragons are born from bursting out of a Witch’s stomach. Think of them as the Aliens from the Alien series. If a witch doesn’t have enough food, the dragon can eat it’s way out. If a witch drinks too much blood, she can go insane. It really is a dark world and through that, a witch has the ability to devour an enemy and in by doing so, capture a bit of its power for themselves.

By devouring an enemy, new skill trees unlock that will grant both passive and active abilities to be used in combat. What was neat about this system though is that in by devouring an enemy, you whole team can expand individually upon these skills, but they don’t expand it in the same way. Some will have a node or two while others will have five to ten. It keeps a sense of individuality in your characters.

Finally, it was a nice switch to see how each character was needed in order to explore an environment as well as find hidden treasures and useful items. Normally when exploring with a party that can be switched between characters, it’s really more of an aesthetic than a functional one. In this particular case, each character has a unique magical power that can be used in order to explore. Zephy can blow down magical barriers that block the way forward. The first two witches Minessa and Karikaro can use magic to escape a dungeon or find hidden treasures and then to not go on and on, Laponette can use her magic to make bridges over otherwise inescapable gaps. 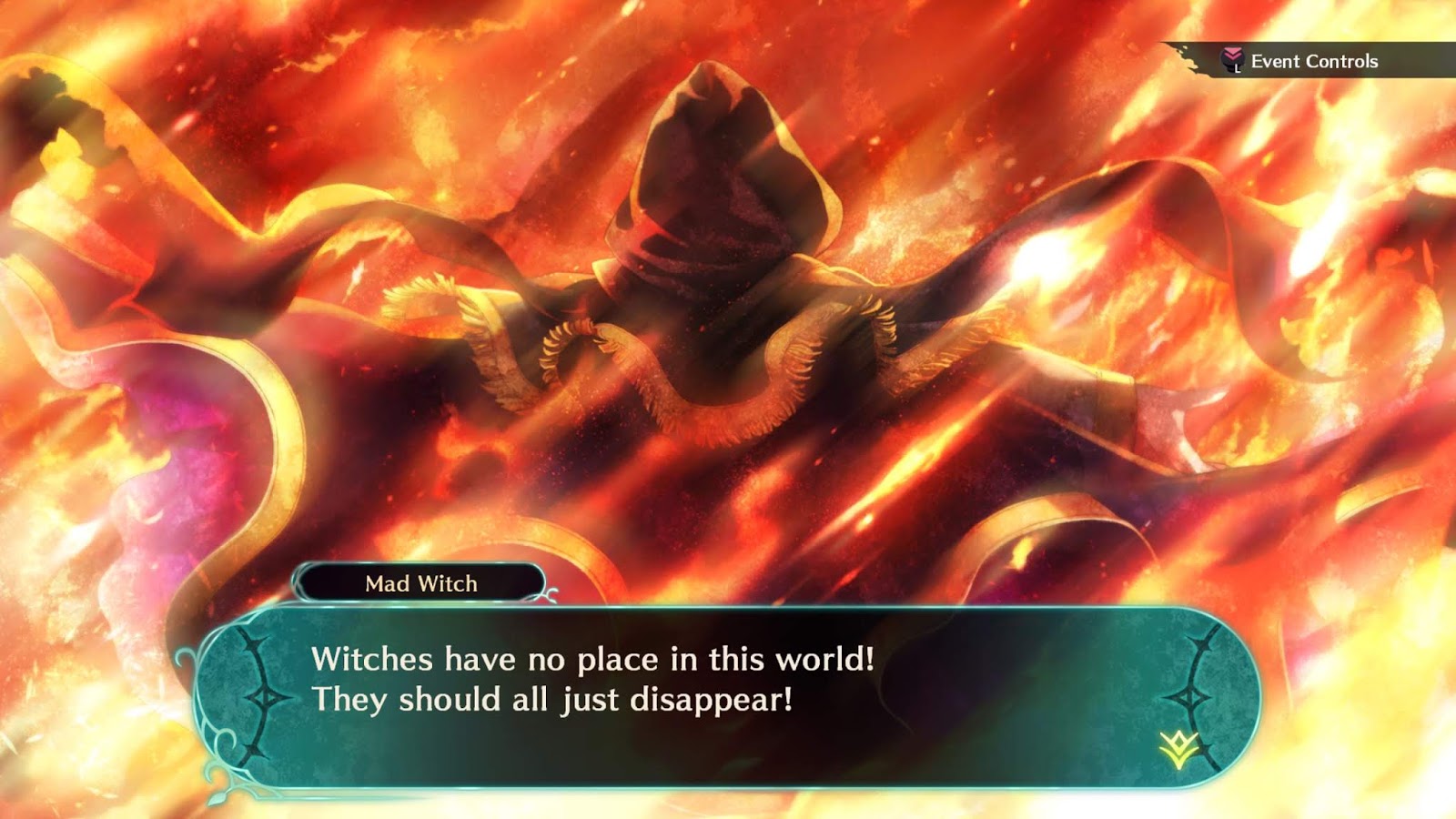 The only issues that I wound up having with Dragon Star Varnir was more from a technical and performance basis. Having yet to play it on the PS4 where everything is designed for the environment, the performance on the PC was an area that could really have been worked on. Gameplay felt slow and laggy especially when enemies start to appear on the map. Worse than that, I couldn’t even get the game to run into full screen or even to a resolution close enough to fill up my computer monitor.

Even today, I wouldn’t really hold it against developers to not fill in 3440×1440 which is about what my curved monitor sits at. I get that it’s more of a niche resolution, however, I would still expect to be able to have that resolution hit all corners of the screen even if I would have to deal with black lines. Unfortunately, I had to settle on seeing a good part of my desktop horizontally and that the game itself was going past my monitor vertically. Hopefully these issues can be patched in soon.

So performance issues aside, Dragon Star Varnir was definitely a breath of fresh air from Compile Heart and Idea Factory. Settling in with a darker storyline and one hell of a combat system, the characters are all well written and the voice acting was damned near flawless with generally secondary voice actors taking the main stage. I would definitely like to see more experiences like this down the line that rely less on super comedic shenanigans and instead something much more serious.