Having already been a huge fan of the original Disgaea 4 when it released years ago, I came into Disgaea 4 Complete+ expecting to enjoy my time with an old friend. A quirky, sometimes brutally challenging friend nonetheless, but a comfortable reunion all the same. I am happy to say that I was in no way disappointed, as Disgaea 4 Complete+ is the perfect reminder of how great the Disgaea series really is.

My entry into the world of Disgaea was actually the third game in the series. A buddy of mine with a fantastic (if a little warped at times) sense of humor assured me that I would thoroughly enjoy the combination of tactics, RPG elements and quirky characters. Admittedly, I was somewhat of a doubter originally. I enjoyed the anime visuals, but the storyline and characters were pretty over-the-top and I generally gravitated towards more serious narratives. I put the title down only to pick it back up a couple of different times, and for whatever reason – that last time it just clicked for me. I came to appreciate how the game never took itself too seriously, and even more I came to appreciate the depth of the character building and strategy elements. I have always been a bit of a grinder in my old-school JRPG and strategy games, and Disgaea certainly allowed me to scratch that particular itch.

It was not too long after this that the fourth game in the series released, and this time there was no on-again, off-again relationship. In fact, I probably sunk more hours into Disgaea 4 than some people actually do invest in their relationships (not entirely sure who that says more about, me or them?). It is not an overstatement that I had hundreds of hours into the game, so I feel more than qualified to say that Disgaea 4 Complete+ is the perfect version of that title, now on the PlayStation 4. Does this make it a perfect game? No, of course not. There are still some things that those new to the series or this particular entry may not find to be ideal. The learning curve on this one was always a bit harsh, and that remains true today for newcomers. Also, there are certainly times the juvenile humor on display here goes to the same well perhaps a few too many times. No character, no stage, basically no conversation can be taken seriously in Disgaea 4 Complete+, which in many ways feels like the most irreverent title in a series of incredibly irreverent games.

Our protagonist, Valvatorez, is a non-blood drinking vampire who prefers fish, making him a pretty weaksauce ‘monster’ who trains Prinnies (souls in Hades that look like NIS America’s favorite penguins). However, while Valvatorez was content to live the inglorious life of a Prinny instructor for all of eternity, like any good reluctant hero he feels compelled to stand up for what is right once the ‘Corrupterment’ decides there are too many Prinnies in the world and that they all need to go. If this all seems a little ridiculous well… you are catching on. It is sometimes eye roll-inducing, but also laughter inducing as well. When you are throwing this much stuff at the wall, not all of it sticks – but I always find it surprising how much of it really does.

While all of this lighthearted camp is one thing, the actual strategy gameplay is an entirely different matter. There is a lot that takes place on the grid where combat plays out. Like many strategy / RPG games, you are looking at everything from an isometric, overhead standpoint. While the narrative and characters are a bit goofy and unexpected, combat itself is pretty standard for the genre, at least on the surface. You assemble a party with different strengths and weaknesses, based on class, level and so on. Having units close together can unlock bonuses, but also make you more susceptible to certain types of attacks. Ranged, melee and character placement are all important parts of how the combat unfolds. 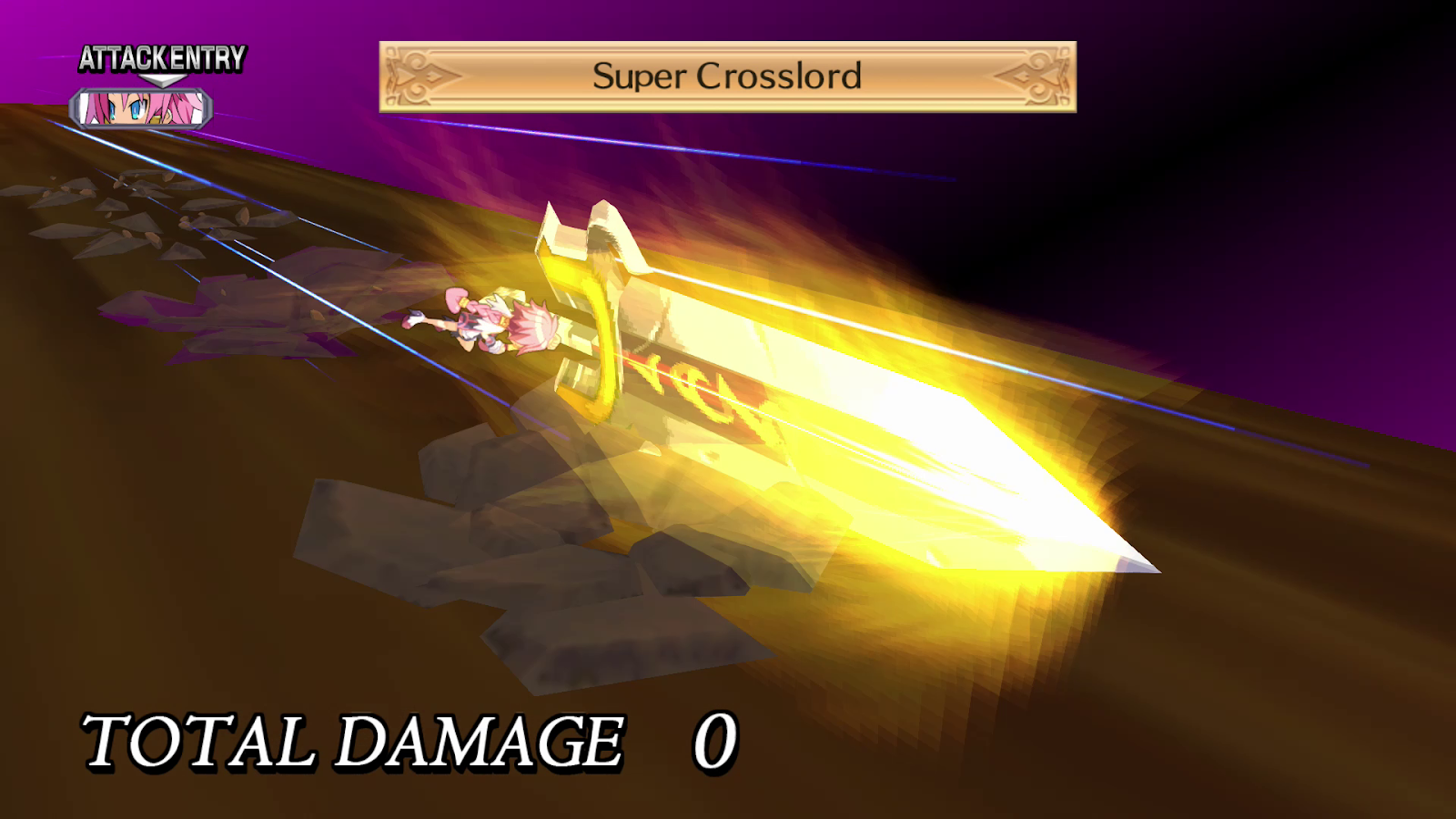 What helps make Disgaea 4 Complete+ so interesting however, is the impact of the environment. Some strategy games use environment merely as a roadblock to types of movements. Others have stat bonuses or demerits to accuracy or damage taken. Here you have Geo Tiles, which are color coded and have a direct impact on the characters standing on them. The effects can be as simple as a boost to something, to completely changing up how a character operates by swapping stats around. There is also a vertical element with these games where you can stack items to work upward on the battlefield and change the plane that the combat is taking place. Sometimes these movable parts can be tossed at enemies to cause damage. Sometimes you just chuck a teammate. Tossing a Prinny can be oddly satisfying. Here is where things can become deceptively complex and offers Disgaea 4 Complete+ a uniqueness that shines.

The progression of characters is also very important. You have different shops that you can interact with of course, and as you gain experience and levels, you continue to raise your stats. While the primary story is not terribly difficult and can be bested in a relatively short amount of time, there is a ton of extra content if you choose to pursue it. Enemies are not terribly smart – they seldom seem to have a cohesive strategy. They are not setting traps to lure you to your death. Though if you are careless and stumble into the range of a few enemies, it can make for a quick end for that character. While the enemies are not all that smart, they are pretty unrelenting if you give them a window to strike. If you want to grind and add levels? You can do so – to the tune of 9,999 levels. It is  kind of ridiculous, truth be told. However, that sort of over-the-top statistical growth is pretty much inline with the game’s overall atmosphere. The game’s systems become much more important post-game. You could almost argue that the proper campaign is the introduction / tutorial, because the post-game content is so expansive. This is where my hundreds of hours went years ago.

So what is it about this version that makes it worthy of being called Complete or getting a fancy little plus sign at the end of the title? Well, for one, it now comes with all of the DLC that was later released for the original game. The visuals also have a nice uptick, even if the anime style was never a technical powerhouse to begin with. There were also a couple of aspects added to Disgaea 5 that have been incorporated here that just make Disgaea 4 Complete+ a bit easier to manage. It does not necessarily make the game itself easier, but it does streamline some processes and the game is better for it. 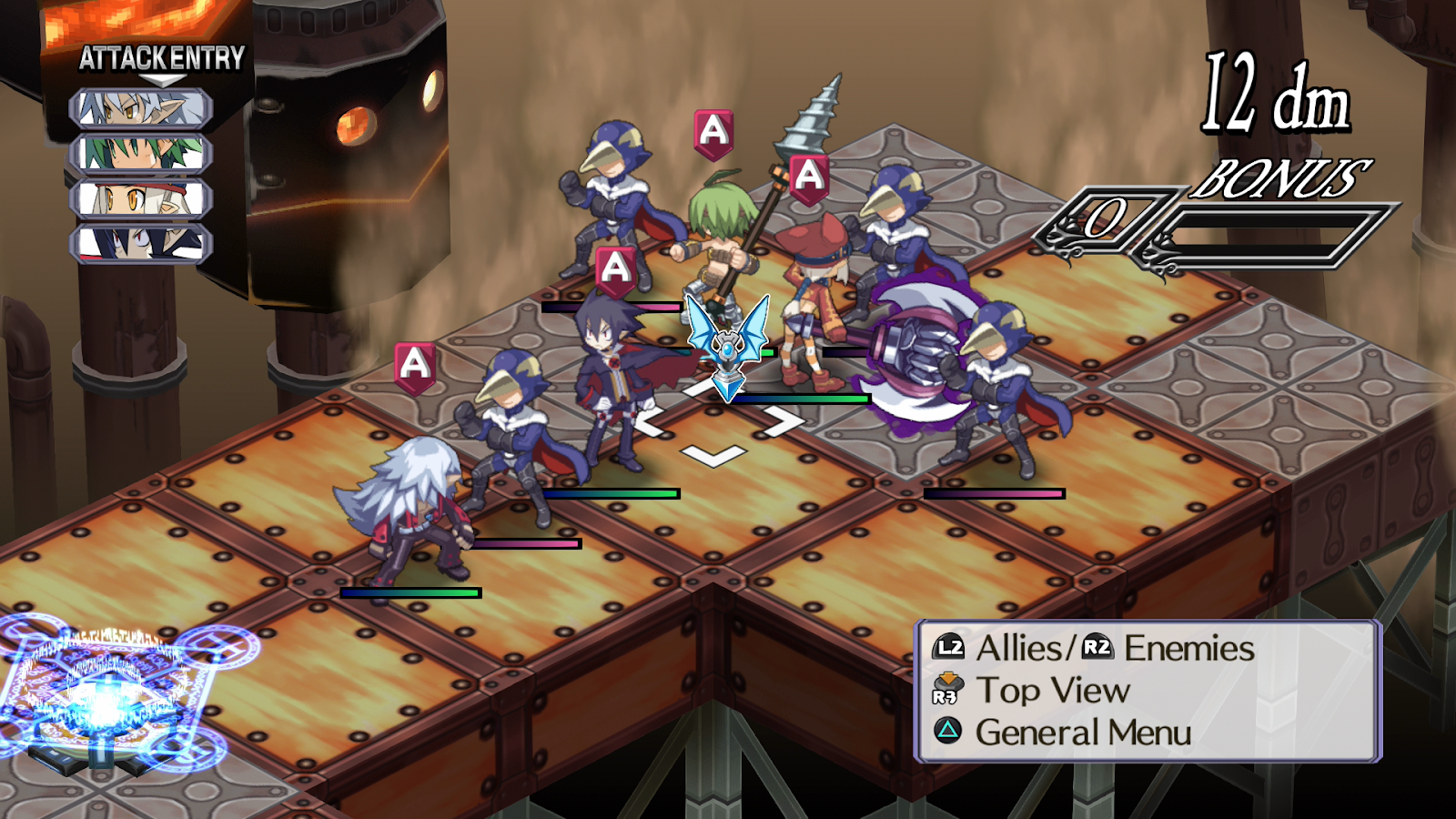 Disgaea 4 Complete+ is a fantastic game, though its off-beat sense of humor is not going to appeal to everyone. Also, while there are some pretty traditional mechanics in its gameplay, there are some pretty unusual ones too (throwing Prinnies!). This update does not really bring much of anything new to the table in terms of the presentation, but having all of the content and a few design tweaks certainly make for a better, more complete overall experience. If, like me, you have not played Disgaea 4 in a while now, or you never have but enjoy the strategy / RPG genre, there is ample reason to give Disgaea 4 Complete+ a go.