Well fellow hunters, it’s finally here! Iceborne has recently dropped and let me tell you, I’m definitely pleased with how it turned out. With new monsters, a new area, a new gathering hub, and new moves for your old weapons, there’s a lot of new content to explore in this jam-packed expansion.

So let’s get started with how to access Iceborne. After clearing the main campaign in standard World (breaking into hunter rank 16), you’ll be given a quest that starts the Iceborne adventures. The reason it takes place after the main World campaign? That’s right, they’ve brought G-Rank **cough cough**, sorry, MASTER rank, into the equation. Tougher creatures and a harder challenge, G-rank is what I was wishing the standard World package had, and now here it is in all its glory.

As soon as you set foot in the new area, the Hoarfrost Reach, you’ll have that old monster hunter feeling: new rank melancholy, where all your gear is trash and you take enough damage to make you cry. Thankfully for those hunters that are maybe less proficient but just as gritty, there are a lot of expeditions for the master rank creatures that become available, meaning you can just throw bodies at the things until you get an armor set and weapon to help you on your way. 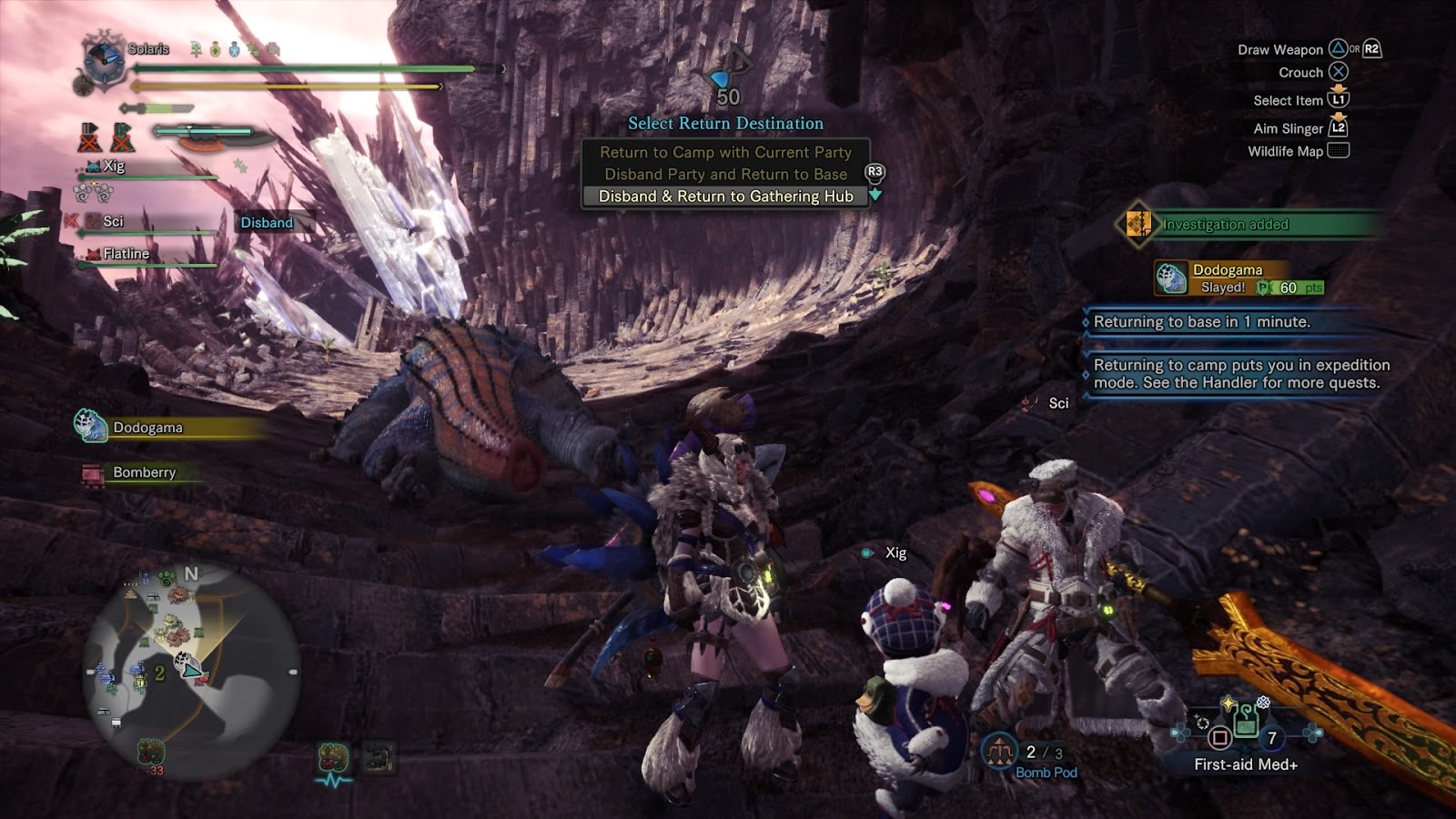 Speaking of weapons, there’s a slew of new things that Iceborne has brought about. The Palicos level and proficiency caps have increased, there are new moves to a bunch of weapons, and you now get access to the wonder that is the “Clutch Claw”. Let’s start with the cats. New moves are now available as you upgrade their old “classes”, and let me tell you, they are ridiculous. The shieldspire for instance throws out one of those inflatable noodle men that you see outside car dealerships to attract monsters. The vigorwasp gadget? Free feline insurance. In addition to these fancy new skills, you can also ride the tailraiders monsters now. Like Popo. I can tell you right now, if you’re playing online and someone wants to start a Popo race? Probably me.

Like your cat friend, new moves have been added to some of the weapons. While your mileage with the new moves may vary, I suggest checking out a brief guide on the new things you can do with the different weapons. Speaking of new things, the Clutch Claw. This is both the greatest and worst thing I’ve seen added into a monster hunter game. You can basically grapple onto monsters now, and after attacking them you “wound” them, turning that area into an increased damage zone. It’s fun, it’s great for areas on monsters you can’t normally hit, and I love using it as something is trying to run away. Why is it so bad? Expect everyone online to only be spamming it. That being said, it is super handy and fun to use.

So, the new monsters. There are new monsters not seen before, and a couple of returning friends. The Brach is back in all its exploding slime-y glory, and the thunder wolf is back to drop some sick breakdance moves, and I couldn’t be happier. Two of my favorite creatures that I wanted to see in World get added in Iceborne. Not to mention Iceborne also provides the “DLC” monsters, although those familiar with the Rajang might not be as enthusiastic. Stupid monkey/bull thing. 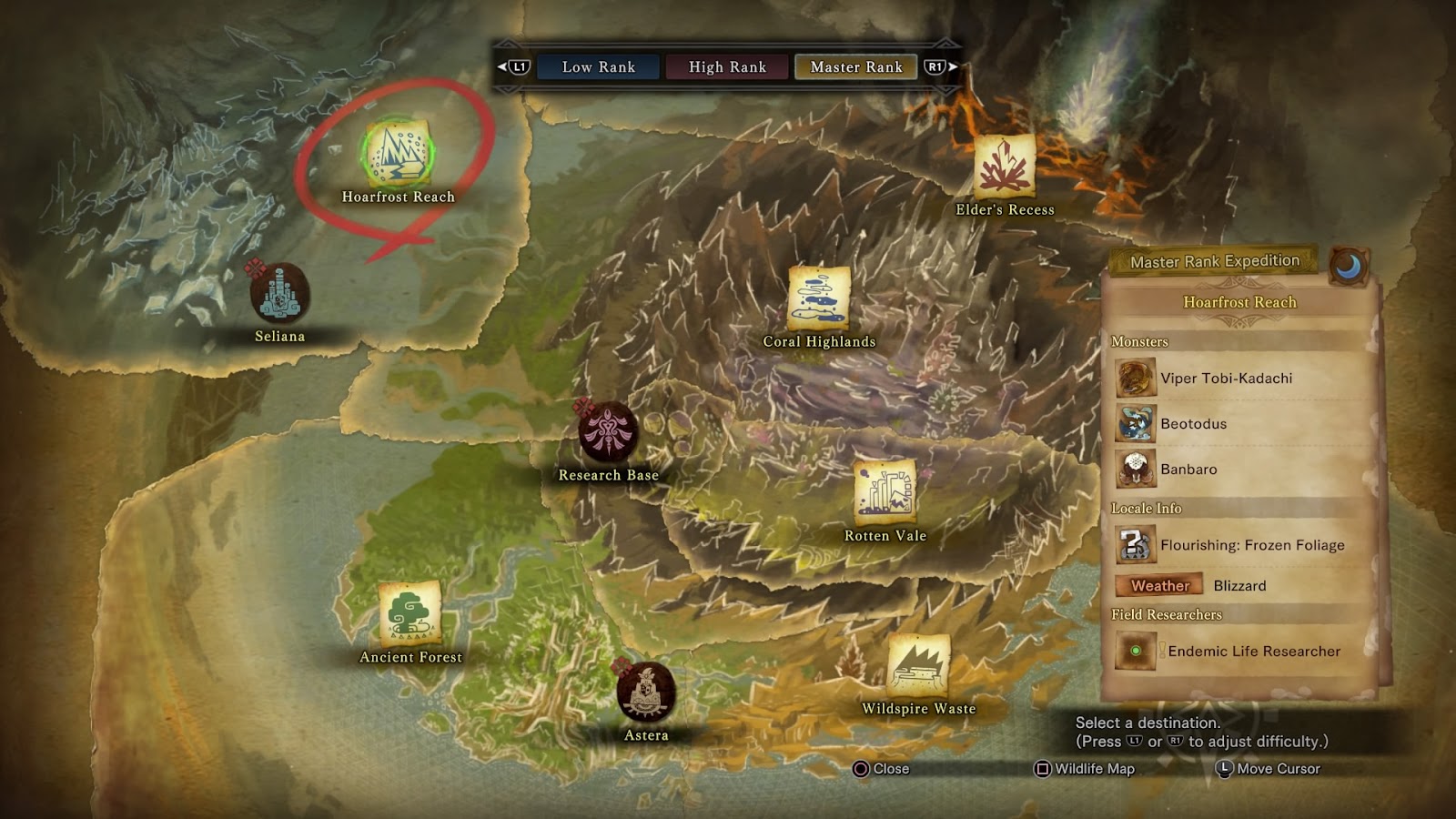 So what is my favorite part about Iceborne you might ask? Is it the new zone where you can draw inappropriate pictures in the snow?  The clutch claw in all its gropi-ness? The new/returning monsters? No, it’s the new gathering hub. Finally, we get a hub you never need to leave. Everything you could want to do is there: smithy, item box, tailrider safari, bounty manager, cultivation management, even a hot spring! Following a close second has to be the 2 player difficulty. That’s right, instead of scaling between either one or four people, if there are only two of you in a quest, it’s now adjusted for two people.

While this does mean the challenge that veteran hunters were looking for may be diminished slightly, those more casual players will certainly appreciate the difficulty adjustment, especially if you decide to go about crown farming. Because guess what? New guild card for Iceborne! It doesn’t replace your old one, you now just have two. The only gripe I have is the price point, but that’s probably just because I’m cheap. This isn’t so much a “DLC” pack as an expansion that can easily double how long you spent in the base game. Bravo Capcom for simply making everything better without destroying something else in the process.

So gather up your hunting party and find a doot-bro, drag those titles such as “the Barioth Basher” out of retirement, because it’s time to hunt! P.S. Capcom if you read this, please bring back the Alatreon :3