You are reading
Puzzle Quest: The Legend Returns – Switch Review

Sure, Puzzle Quest: The Legend Returns is not going to be the biggest, shiniest name out there during the usual swarm of fall releases. However, the charming mix of puzzles and RPG elements provide a lot of fun and manages to take a simple concept and making something deep and entertaining from it.

This is a genre that I have really grown to enjoy over the last decade. From Marvel Puzzle Quest, to Gyromancer, to Gems of War and plenty more, I have had really found a lot of comfort in the mix of the two seemingly disparate genres of puzzle meets RPG. The first game to introduce me to these kinds of mechanics? Puzzle Quest: Challenge of the Warlords for the Sony PSP.

The premise is a surprisingly simple match-3 approach. Matching skulls does damage, matching gold and experience gives you those items, and matching three of one of the four colors (red, blue, green and yellow) builds up mana that can be used for spells. These spells can do direct damage, change aspects of the playing field and a whole lot more. You and your opponent each have a set amount of life, first one to zero loses. By now these are pretty familiar concepts to anyone who has played games of this nature, but back over a decade again when Puzzle Quest first released, it was a pretty novel concept and one that I sunk a lot of time into.

A lot of time. 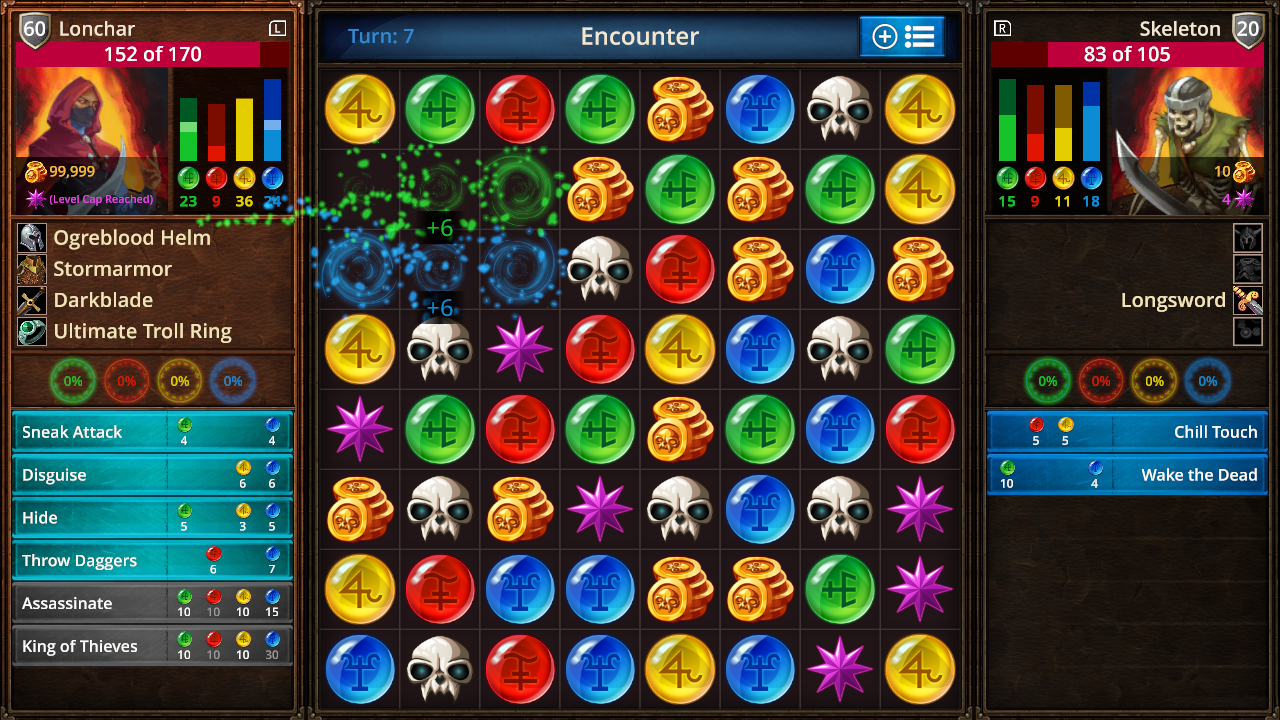 The progression elements are easy to spot, effective and generally well done. Gaining levels helps you earn more hit points, it can give you skill increases and more. You can earn gold to buy equipment that boosts your stats or unlocks features in the game like taming mounts or developing new gear. All of this is wrapped around a rather lengthy if typical fantasy narrative about fighting back an evil darkness.

In some ways, the most impressive thing about Puzzle Quest: The Legend Returns is how it continues to feel like you are adding new things and making progress on a variety of fronts, all while the core gameplay stays exactly the same. Sure, things like spells, mounts, equipment, your stat specializations and most all factor into how things occur while matching those shiny little gems and fearsome skulls – but that element of the gameplay never really involves. No new types of match-able items get dropped in, the shape of the playing surface remains the exact same throughout and so on. Basically, the stuff around the core mechanics do change, but the gameplay itself remains relatively the same from start to finish. 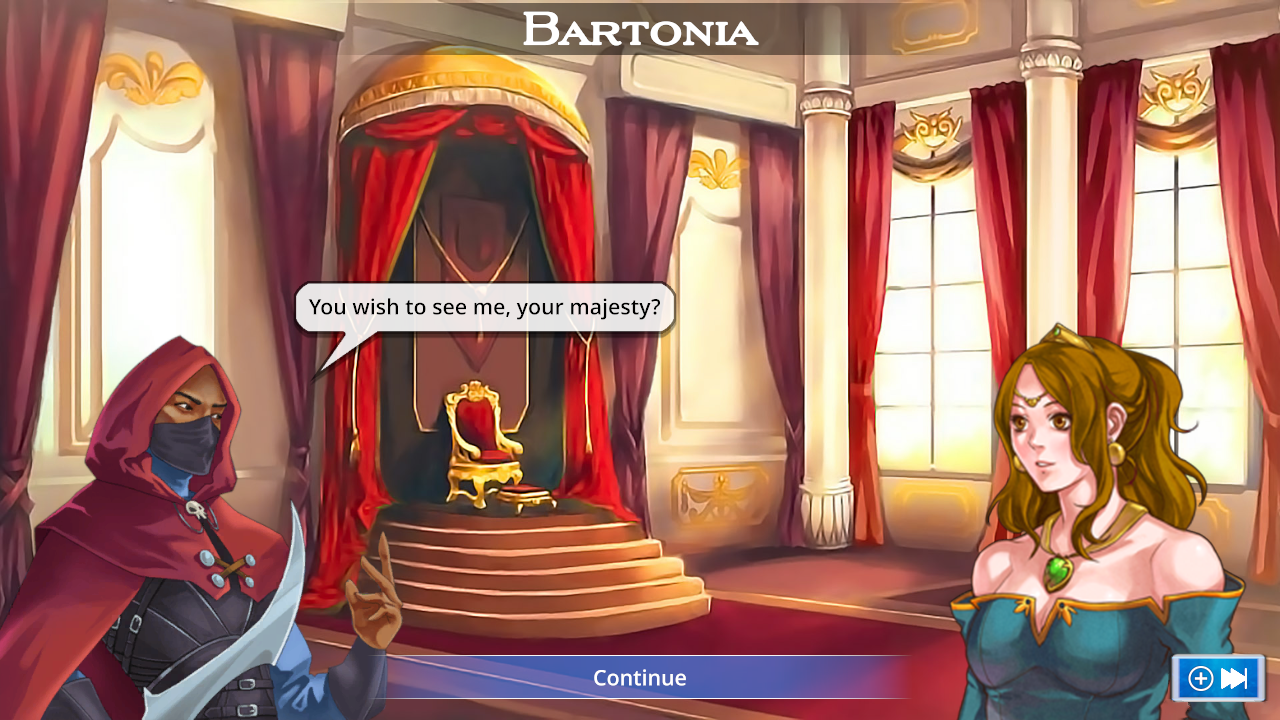 Given that this is a remake of a game that is over a decade old, it is nice to see that there is more to it than just some touched up visuals. Given the simplistic nature of the graphics in general, it is still nice to see everything made a bit crisper for the big screen (I tend to use my Switch docked), with bright colors and some nice details on the gems themselves and the art in general. The graphics are not going to wow anyone looking for AAA visuals, but they do mix nicely with the music and sound effects to create a pleasant presentation. More than that, this offering has some additional content – more classes, some more missions, even slightly tweaked enemy tendencies that improve the overall experience from when this first released years ago.

There are a few things that could probably still be improved upon, however. For one, there is a really limited selection of character graphics to choose from. Because the core gameplay does not really change up much, the sound effects can get rather repetitive as well, though I did appreciate that the dialog was voice acted. Also, for those who do not like the grinding aspects of many old-school RPGs, there is a bit of that here in Puzzle Quest as well. The original had some pretty hefty difficulty spikes in places, and I did not notice them being quite so pronounced here in this edition, but there were spots where that did still occur. Luckily there are plenty of opportunities to go back and repeat quests and fight guys along the roads to boost your stats further, but for those who are not a big fan of that kind of repetition, this particular element could be seen as a bit of a bummer. 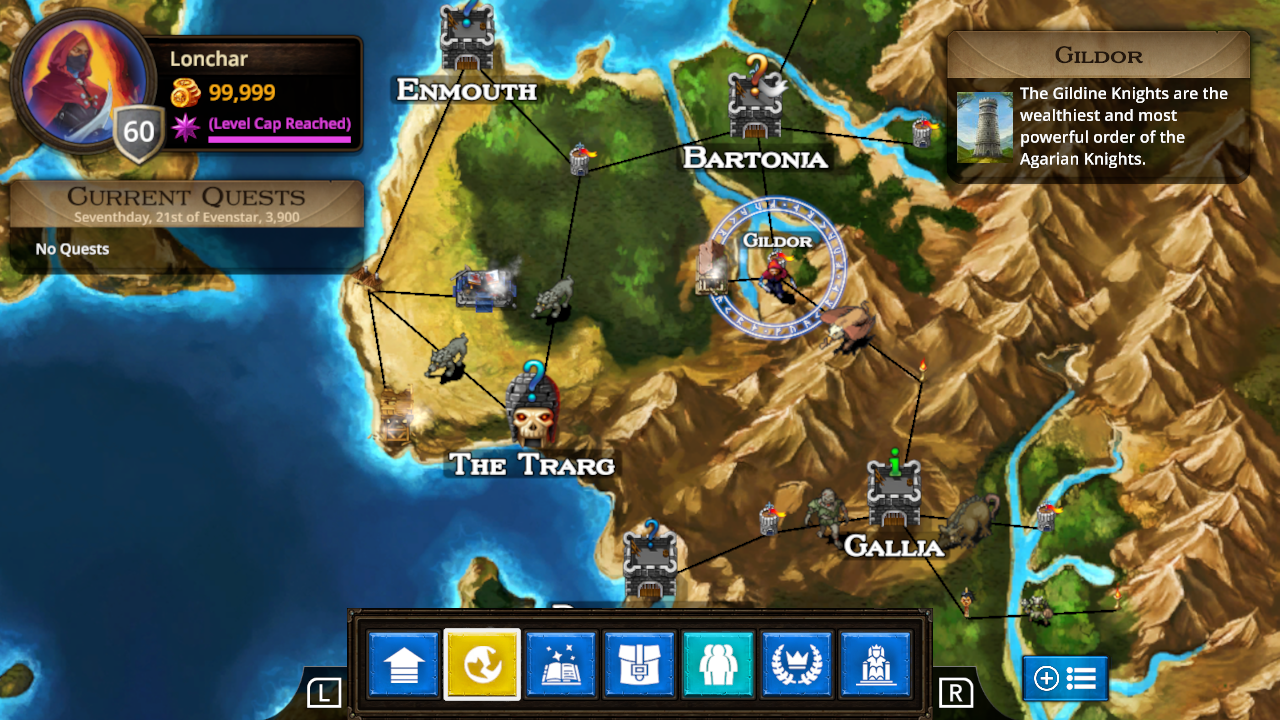 Puzzle Quest: The Legend Returns manages to hold true to the things that made the original Puzzle Quest title so fun and addicting the first time around. That being said, on the whole it does feel just a bit less fresh and original given that this formula has been copied and tweaked many times over the last decade. That being said, Puzzle Quest: The Legend Returns still gets a lot right that many of its spiritual successors don't and it is absolutely worth playing if you are a fan of this hybrid genre.