Sega Ages: Ichidant-R is an interesting release, because most of the titles from the Sega Ages series has focused on popular games that all of us had access to years ago when the Sega Genesis was alive and well. Ichidant-R changes things up a bit, providing a bunch of mini-games thrown into a title that was only available in Japan. So while this is an older game with quite a following over there, it is a relative unknown in these parts, which is a game because this collection of party mini-games is actually a lot of goofy fun.

There is a weirdly princess-has-been-captured Mario-esque story at the core of the game here, but there is really not a whole lot of narrative effort here. Basically you go through a quartet of stages either on your own or with a friend, each stage presenting you with some different mini-games. These games are really brief, oftentimes when they first appear, I had no time to really learn my way around and just had to react or lose. What is great is that the twenty different games all have a single player and multiplayer option, the latter of which really adds to the unpredictability of what is going to happen next. 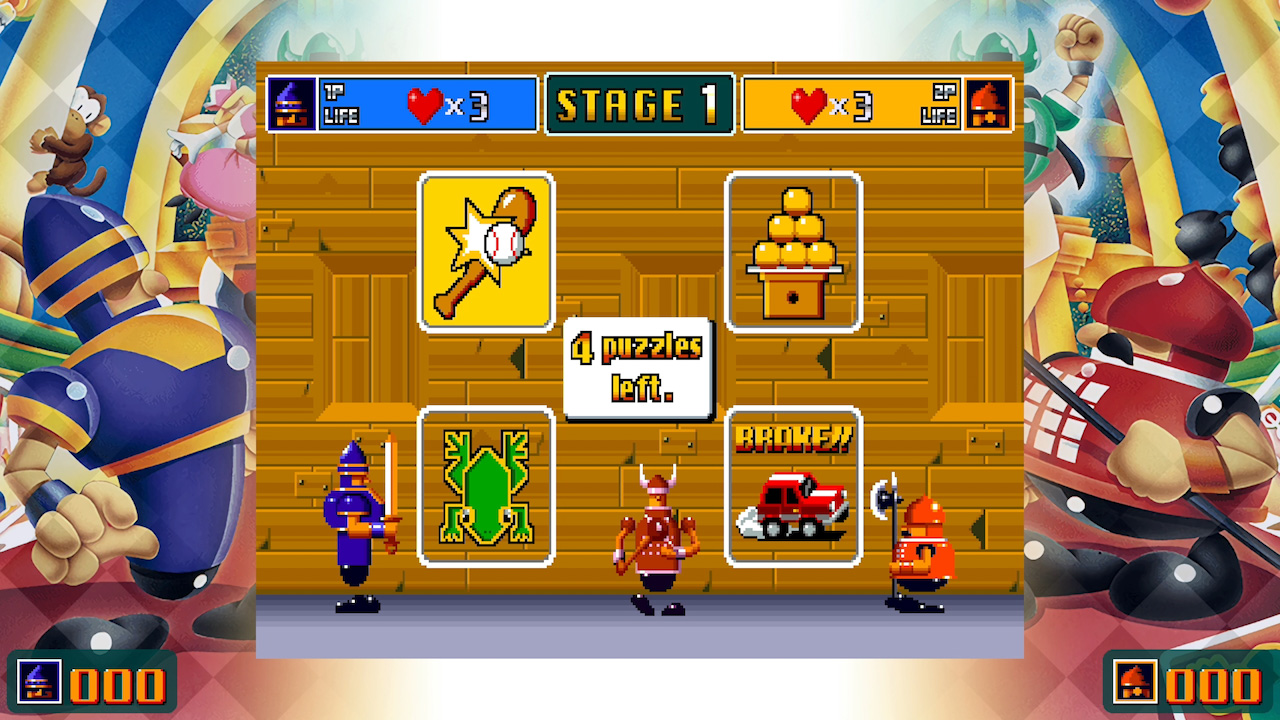 These mini-games were designed to eat your quarters arcade-style, but thankfully given that this is not an arcade machine, you get to continue as much as you need. They are all simple enough, often focusing on reflexes, memory or some combination of while leveraging directional movement and the use of a single button. Matching games, a conducting game, some logic puzzlers that have you running through a maze are examples of the types of games that will pop up here. Most of these are done in thirty seconds or less, but thankfully things like loading and moving onto the next games are all pretty brisk. Still, the overall format feels a bit like Mario Party or WariorWare, just without the really solid structuring around the games to pull it all together.

One small annoyance is that there are two modes, and the slightly more limited arcade mode is in English, while the somewhat more robust Mega Drive version is in Japanese. I get that these are meant to be quick lift and shift titles, but seeing as I do not read Japanese, it was a little frustrating that the potentially more interesting mode had some barriers to it. I recommend playing the arcade mode first for a bit, to get the hang of the different games (though their randomized nature does mean you lack the ability to truly sit down and practice specific games to get better at them. It also means that games you do not like as much may still get hoisted onto you regardless of your preference) and then move onto the slightly more robust Mega Drive one. 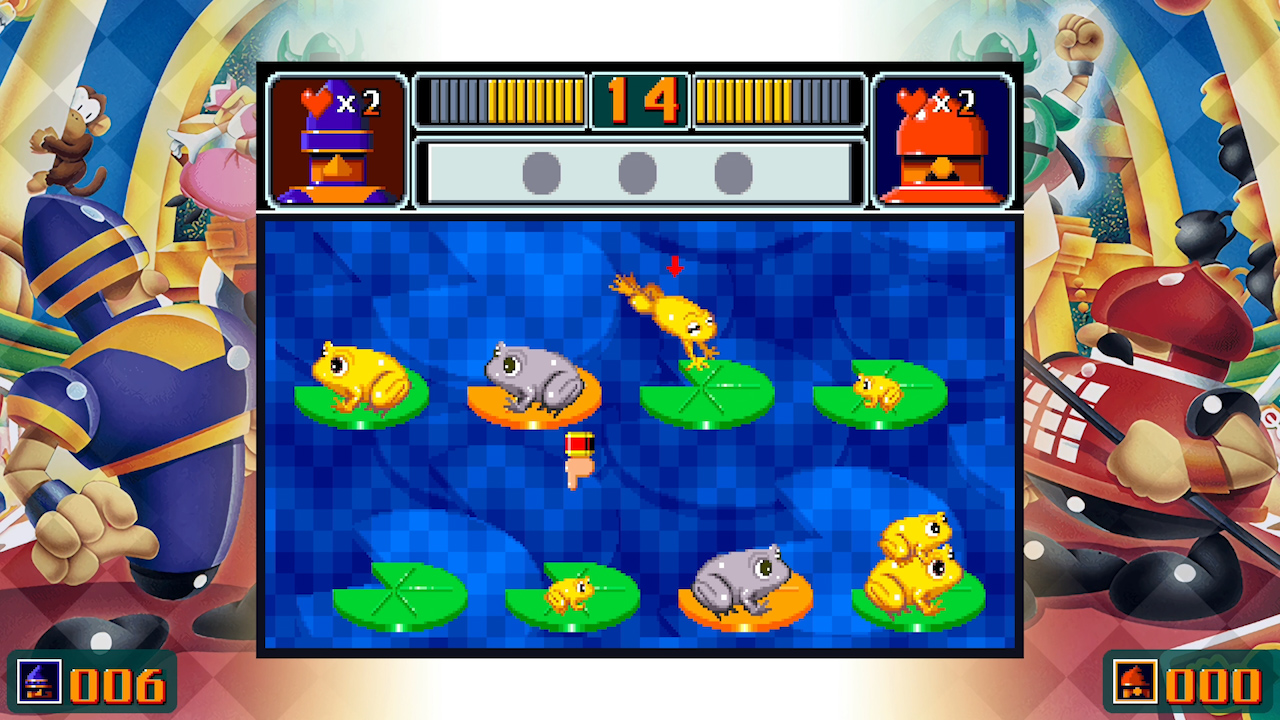 Like many of the games from this era, there is not a ton of depth to be had here. Granted, by the very nature of the nearly two dozen mini-games, you get some decent variety, which does help with the longevity here. That being said, after a handful of hours, I played and saw everything that there was to do here as well. The online option certainly helps to keep the games slightly fresher, however.

Sega Ages: Ichidant-R is a pretty cool study in what was, even if what it currently is might not be for everyone. Ideally, this is the kind of game you want to sit down with some friends to play - or better yet just spectate as two newcomers play it with one another for the first time. Having done that with my kids, I can say that this was a particularly entertaining experience. The mix of action and puzzle elements, as well as the variety of games actually makes for a pretty charming and interesting title, even if it is one that does not have a particularly long shelf life after your initial few hours.