You are reading
Exclusive Editions for Granblue Fantasy: Versus

Torrance, Calif. – November 12, 2019 – XSEED Games, the independent-minded publishing brand of Marvelous USA, Inc. is excited to unveil premium editions for the hotly anticipated fighting game, Granblue Fantasy: Versus. They also confirmed that all versions, including the physical and digital standard editions, will come with a download code granting items for the original Granblue Fantasy game on mobile and web browsers. Launching exclusively for the PlayStation®4 computer entertainment system, pre-orders for both physical versions of Granblue Fantasy: Versus will open shortly at the XSEED Games Store and participating retailers. This game will include both English and the original Japanese voices.

The retail Premium Edition will include a physical copy of Granblue Fantasy: Versus, a key to redeem Gold Brick (1), Sunlight Stone (1), Sephira Evolite (1) and Damascus Crystal (10) within the original Granblue Fantasy game, soundtrack CD, art book, a code to redeem a PS4 theme and avatar set as well as the Color Pack DLC to customize characters’ colors, all housed in a premium box with exclusive art for an MSRP of $79.99.

The digital Granblue Fantasy: Versus “Digital Deluxe” edition includes all contents of the “Character Pass Set,” plus digital soundtrack, digital artbook, and the same exclusive art that is featured on the Premium Edition box as a PS4 theme. The Digital Deluxe edition will be available exclusively on the PlayStation®Store for $99.99 at launch. 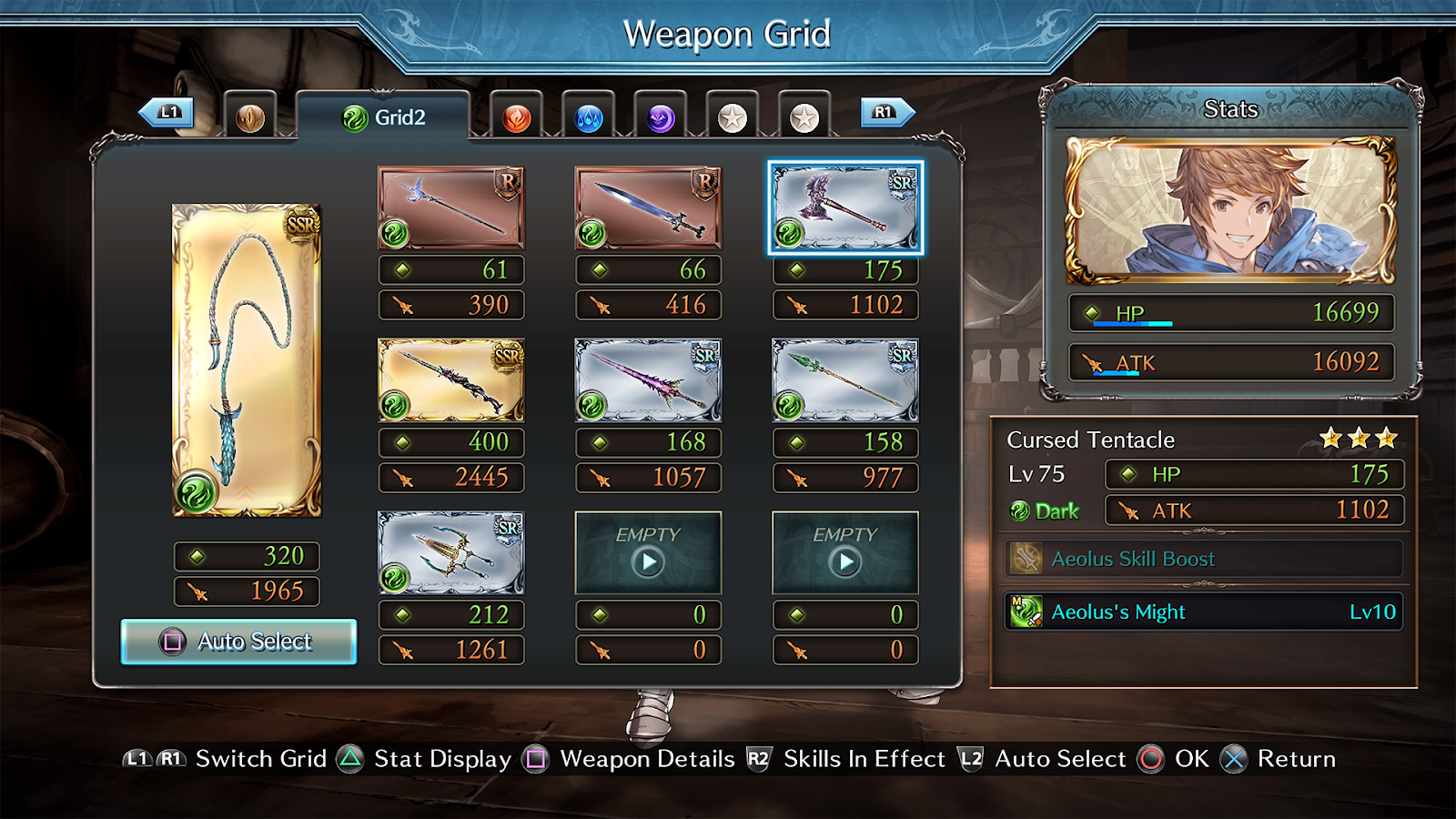 About Granblue Fantasy: Versus

In Granblue Fantasy: Versus, power, skill, and spirit collide in a quest to find the true champion of the ring. Players can take on AI opponents or fight against human opponents in local or online two-player matches.

An international mobile game hit, Granblue Fantasy has topped the charts, charming players across the globe with a plethora of lovable characters and story-driven mechanics. Now, legendary fighting game studio ARC SYSTEM WORKS and Cygames are teaming up to bring the universe to home console in an action-packed head-to-head fighter. Featuring a colorful cast of their most popular “crewmembers,” each with a unique fighting style that is easy to learn but hard to master, Granblue Fantasy: Versus is developed to appeal to fans of Granblue lore and fighting games alike.

Granblue Fantasy: Versus will include an RPG Mode that features an all-new, original story told through beautifully rendered cutscenes. Players can play solo or team up with a friend to fight waves of enemies and formidable Primal Beasts in thrilling action-RPG combat. Additionally, RPG Mode features a comprehensive upgrade system for characters and weapons that fans of Granblue Fantasy should recognize right away.

Developed by Cygames and ARC SYSTEM WORKS and published in North America by XSEED Games, Granblue Fantasy: Versus is in development on the PS4TMsystem and scheduled for a Q1 2020 release in North America. The game has been rated “T for Teen” by the ESRB.

XSEED Games is the independent-minded publishing brand of Marvelous USA, Inc., a wholly owned subsidiary of Marvelous Inc., which is a publicly-traded company listed in the First Section of the Tokyo Stock Exchange. Formed in 2004 and located in Torrance, California, XSEED Games publishes interactive entertainment content for PC and consoles from the Marvelous portfolio as well as from a wide variety of third-party partners. Whether it’s Marvelous properties such as STORY OF SEASONS (Bokujo Monogatari), SENRAN KAGURA, and Rune Factory, or third-party titles such as the Corpse Party, AKIBA’S TRIP, and The Legend of Heroes: Trails series, XSEED Games has grown its reputation among gamers with its critically acclaimed localizations and commitment to fans, remaining ever dedicated to its “indie spirit, player-first” approach.