You are reading
The Fisherman – Fishing Planet – PS4 Review

I enjoy fishing now and then, it’s something me and my father can do and both enjoy. As a gamer, I do like a good fishing game now and then but often games never seem to get it right. The Fisherman is called the ultimate fishing simulator but can it hold up to that name when so many other games have tried and failed at making fishing fun in a video game?

The first thing to note about The Fisherman is it’s the retail version of a free to play game Fishing Planet, hence the name. I was a bit skeptical of this at first but found out pretty fast you do not have to spend a penny in this game. At least not after you’ve bought it. Getting started, when I first booted up the game and loaded up the game’s tutorial I was a bit overwhelmed as there was just so much to learn and so much fishing equipment that you can buy that I didn’t know where to start. So I just picked the only fishing spot open at the time in Texas which acts as your home lake as it costs nothing to fish there while any other lakes or rivers you have to pay for the trip.

Starting off, I had a rod and reel that doesn’t mean you simpy cast out into the water if you really wan to catch something. So I put on some bread on the line as bait and threw out the line and easily caught a bluegill. Next, the game taught me how to buy new gear and set up a rod and reel this is where things get a bit more complicated. There are different kinds of rods and reels you can buy and if you don’t know much about fishing this can make things hard. I had to ask my dad what a few things were before I could get the hang of it and even then rods can only hold some much weight from your bait or lures. If you try to use a rod that is overweight the game will warn you that it may break the rod so I tried anyway and it did indeed break the rod forcing me to buy a new one. 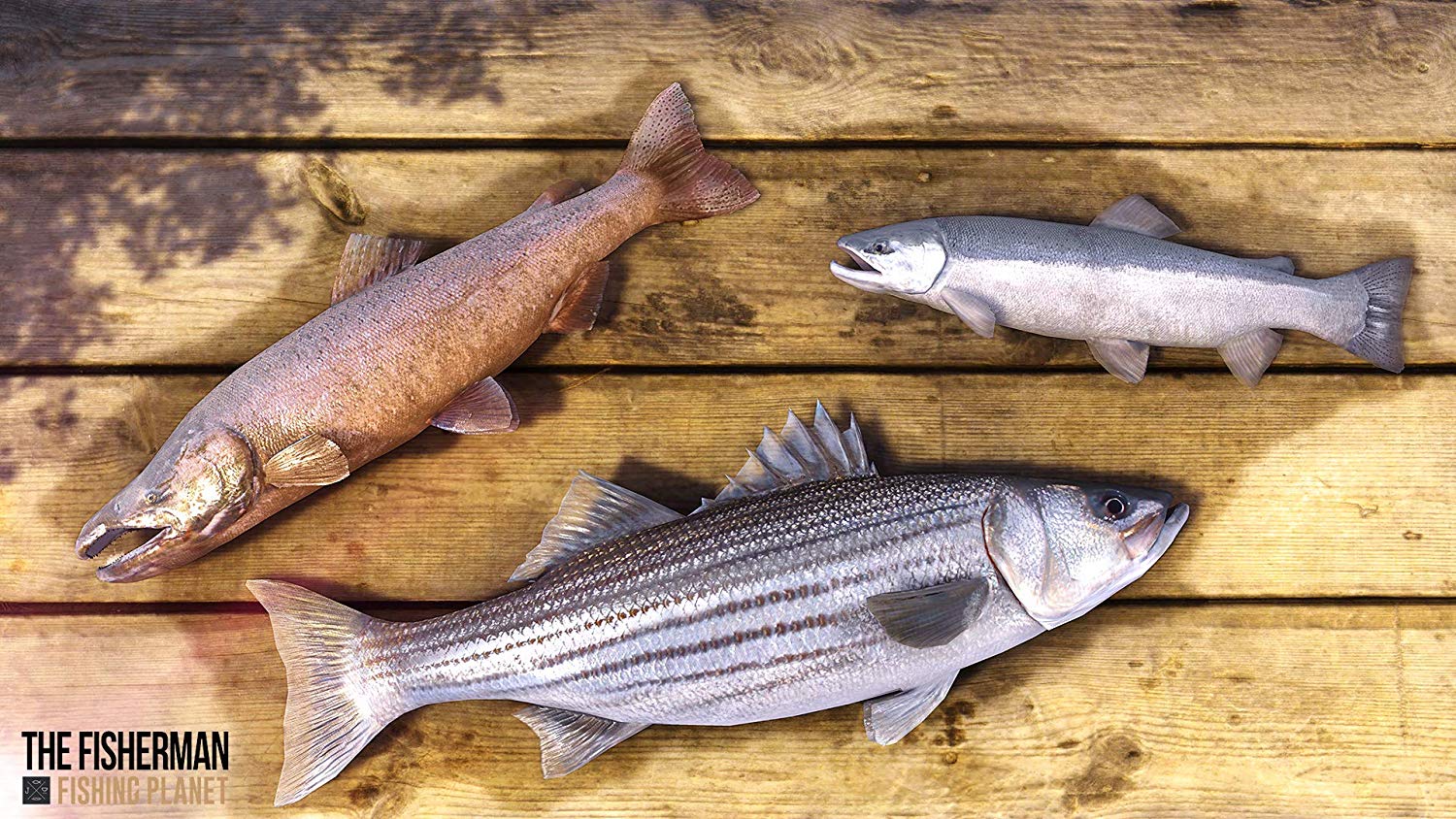 Now after trying to learn all that I can, I found myself casting my line out and again and depending on the reel and how much line you put on it, it will determine how far it will go. Casting is as easy as pressing R2 and then a bar shows up indicating how far it will go once you press to release. Reeling in is also easy but depending on the bait you use you may not want to reel right away. Using a bobber you just set how many inches you want the line to go down into the water and let it sit until you get a bite. Then there are sinkers you also wait until you get a bite with these by watching the end of your rod. Lures are a bit more tricky. The game will teach you different techniques to attract fish. There’s the stop and go, slow straight, straight, and some others. One strange thing about this game was you do not use one of the analog sticks to move the rod, you use the L2 to pull up and that’s it, this takes a little getting used to but after a while, you’ll get the hang of things.

After playing the game for a few hours, I was finally getting the hang of things and unlocking more lakes and earning money by catching fish and doing challenges. I started to catch bigger fish like 20lbs Northern Pike and man they can put up a fight! You will be setting the drag and reeling and pulling up like crazy with the R2 and L2 buttons and fighting bigger fish can take some time I swear some of them lasted me 20-30 minutes. That brings me to another aspect of the game. It’s a simulator and so you sometimes will be waiting 5-10 minutes to get a bite if going after larger fish. You can pick what time you want to fish and there is a scale that tells you when the fish bite more. 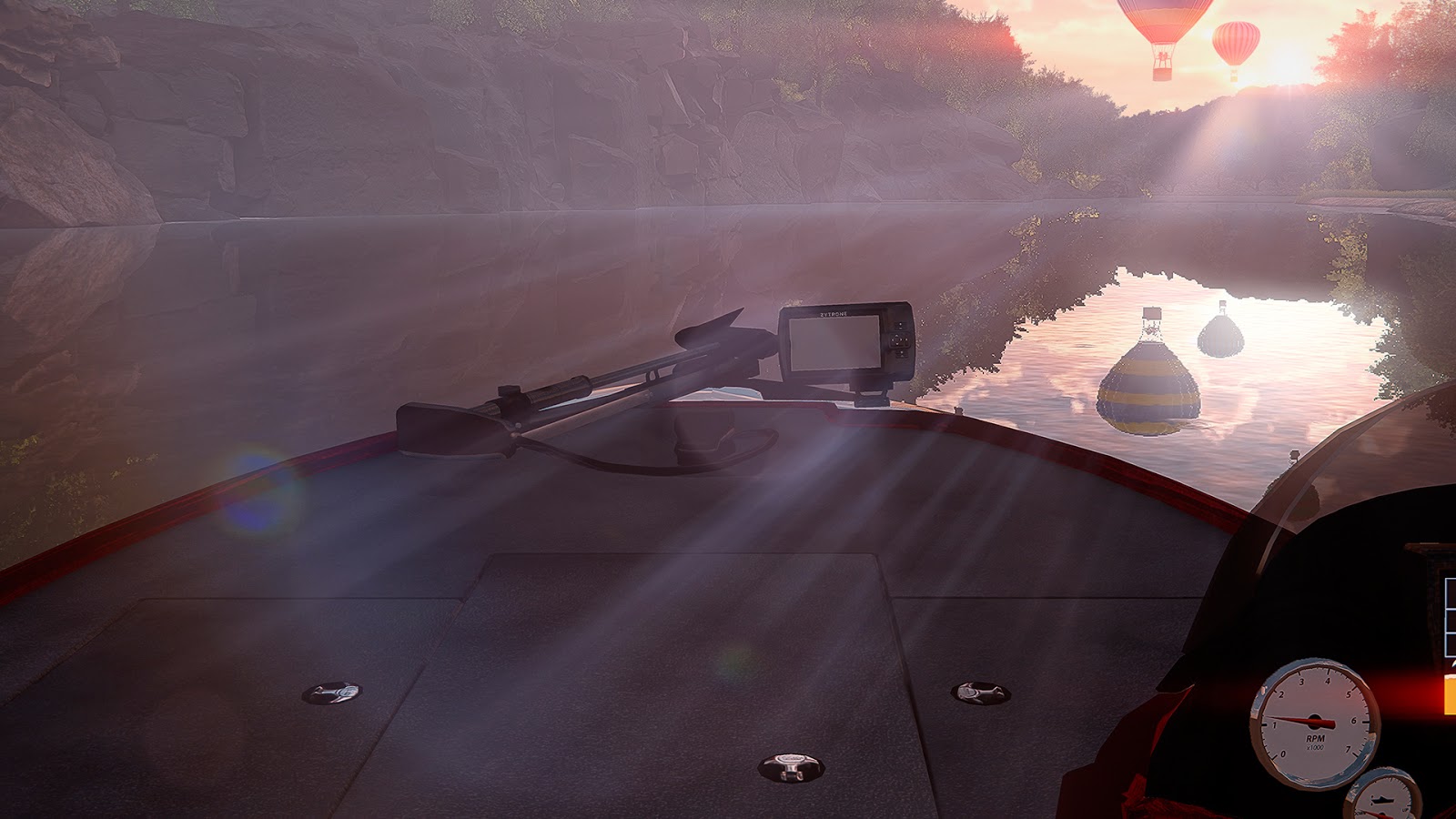 One in-game day is from 5 am to 5 am the next day so a full 24 hours and the time in-game moves slow but is not real-time, but if you wanted to fish from 5 to 5 it would be a few hours most likely. The Fisherman is also an online game every lake you can join a public room where you can fish and chat with others. For the most part, the community of players seems very friendly with most willing to help new players out. Or you can make a private room where you can fish by yourself or make a friends only room where you and others you know can play. You can also enter tournaments where you fish aginst others.

You can also rent kayaks or boats on some lakes and once you earn enough money you can buy one of your own. A few odd things are you have to start the engine on the boat you rent and it’s one of those engines on small boats where you have to pull the string. You have to do this in-game by looking back at it and holding R2 and letting go in the green area. It seems odd to add this little mini-game type thing when it would be easier and faster to have made it a simple button press. 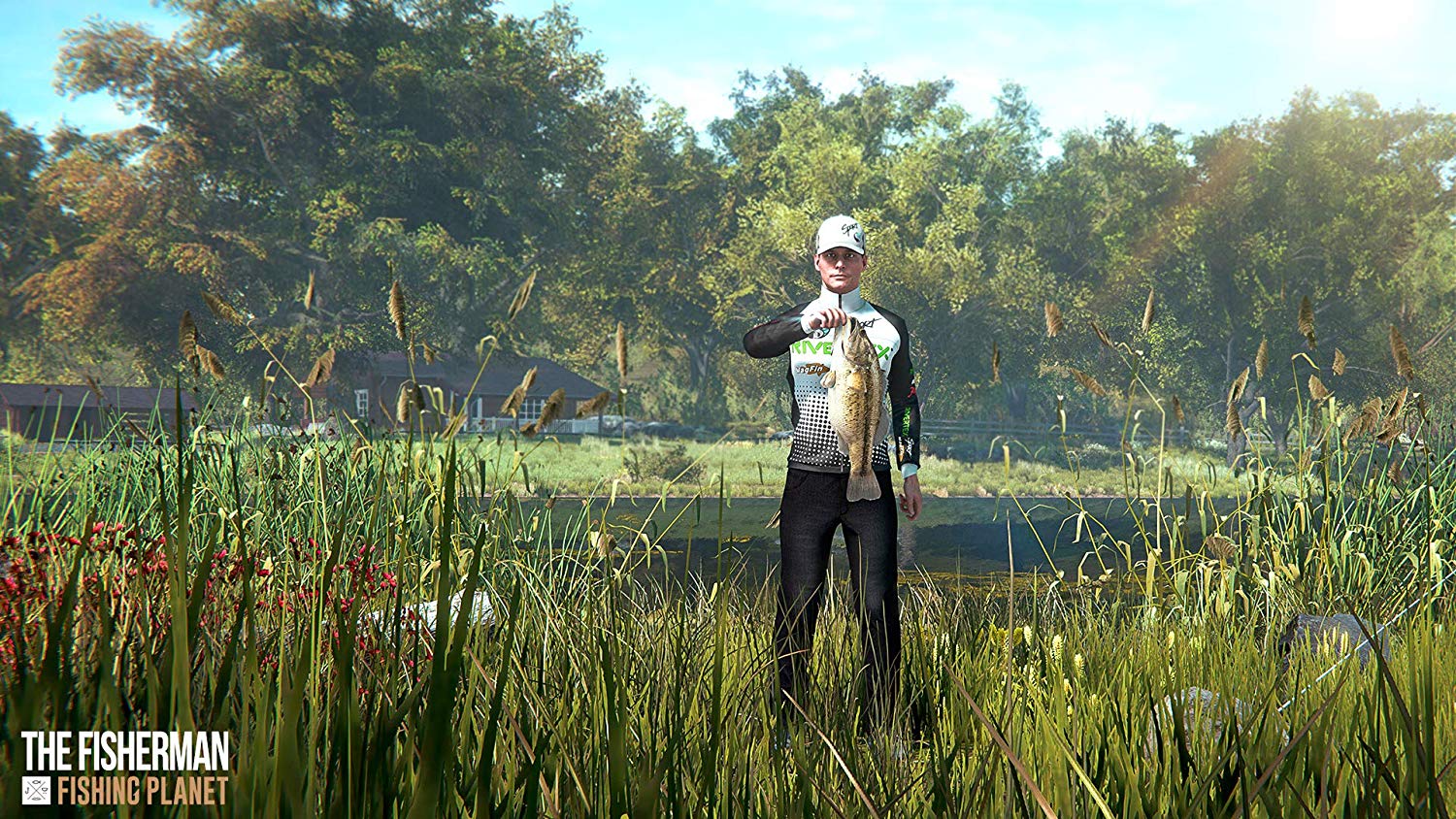 There are two types of currencies in the game, credits are the main currency you get by catching fish and get daily login bonuses. And then there are “Baitcoins” These are a bit harder to get as you only get them by doing cretin things in the game and by catching “unique” fish. I was unable to catch any unique fish myself but it seemed they were bigger than normal fish. The baitcoins were used in the free game as a premium currency but in this version, it seems to be used to let you buy things early before you level up and unlock the gear to buy with credits. Though I do wish for the full retail game they would have done away with baitcoin.

The Fisherman – Fishing Planet is by far one of the best fishing sims out there with all the gear, lakes, and fish in the game you can spend a lot of time relaxing by this game. The game is also one of the better-looking fishing games out there. The fish look great but the character models are not that good. The water effects are excellent though from ripples in the water from fish jumping or bugs landing in the water it just looks amazing. The day to night cycle could use some work though, when I was fishing at night it was dark right up until 4 am and then boom it was light but it was still considered night time and then at 5 it was bright out. One other pet peeve of mine is the sky the clouds don’t move! I know this is a tiny thing but still something I would have liked.

Overall the game is relaxing I ended up falling asleep from the sounds of nature coming from the game twice. I had fun with this game after getting used to it and will defiantly come back to play more when I need a break from all the violent games out there. A downside to this game is it requires an internet connection. The Fisherman is one of the best fishing sims on the market today but may not be for casual fisherman looking for an arcade fishing game.