Stay Cool Kobayashi San! – A River City Ransom is the latest in the River City Ransom series that has been going on for a long time now. Taking control of one of the “big boys on campus”, this is the story of Kobayashi and the time traveler that apparently needs his help to keep things in check from those invading from the future.

Just for a little bit of a preface, River City Ransom is a long ongoing series with plenty of entries so there is an assumption that you know what is going on as even the introduction dives right into it. As a bit of a primer, this is really what you need to know is that a lot of characters already know each other, have fought together, have fought against one another, and in certain cases are wary of one another. Thankfully for a bit of context every character has a description but if you want to know more, you’ll want to either play through the series from the beginning or find a wiki to give you the entire lowdown. 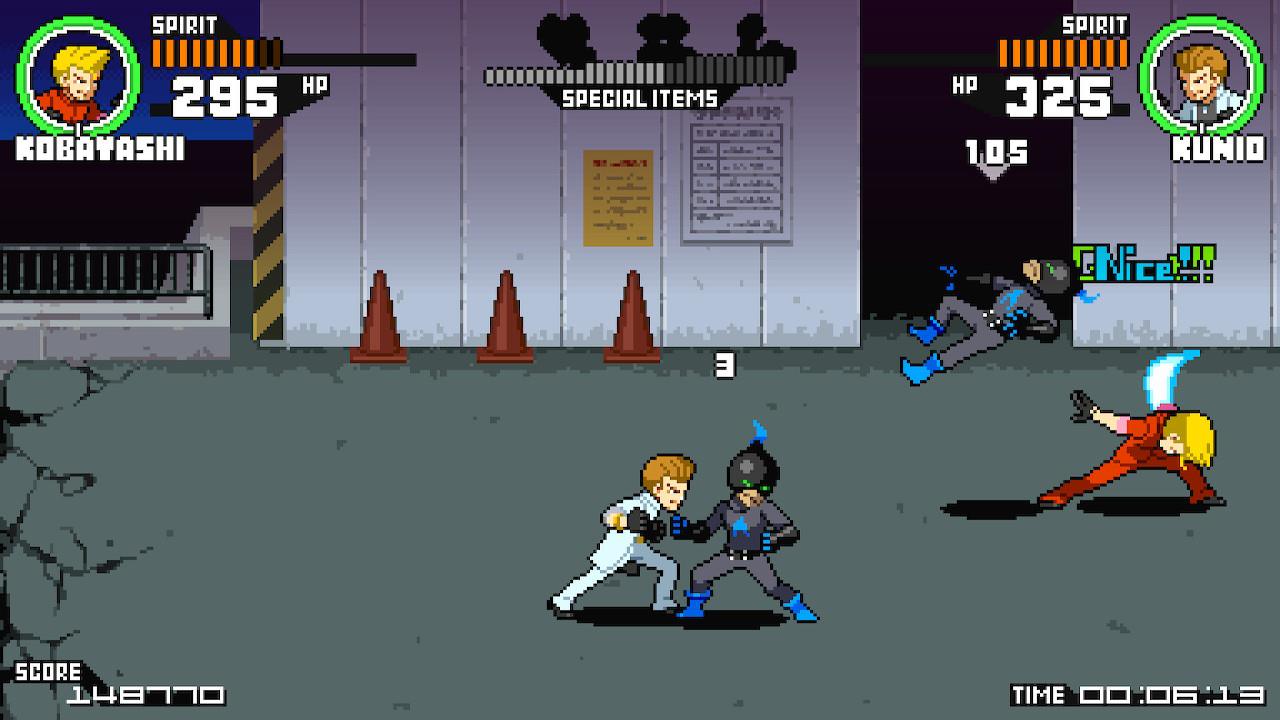 That’s pretty much it from a story perspective as the rest of the adventure is basically laying smackdown after smackdown to minions, almost mid-bosses and bosses as you make your way to the top of the food chain for whoever is causing current events. For gameplay though, there’s nothing better than a deceptive brawler and beat ’em up. Seeming very basic at the beginning, it isn’t until a good twenty or thirty minutes in, and a few bosses, that things start to shine as you realize while you only have one attack button, it does a lot of things depending on what you’ve hit before it and how you’re moving around the screen.

The controls overall are fairly simple. You move up, down, left or right on pathways that interconnect in a 2/3D environment. From there, you can attack with kicks and punches with one button, jump, use spirit for a special attack or even charge that up, and then use items if there is enough of the meter filled up. Where combos come into play is when you’re holding an actual direction. Press up and you’ll upper cut your enemy as the last blow of your combo. Double tapping to move faster and then jumping to attack you can fly kick your enemy. It isn’t until you start pressing more than the default button that these new moves are added to your repertoire because you now know that they exist. 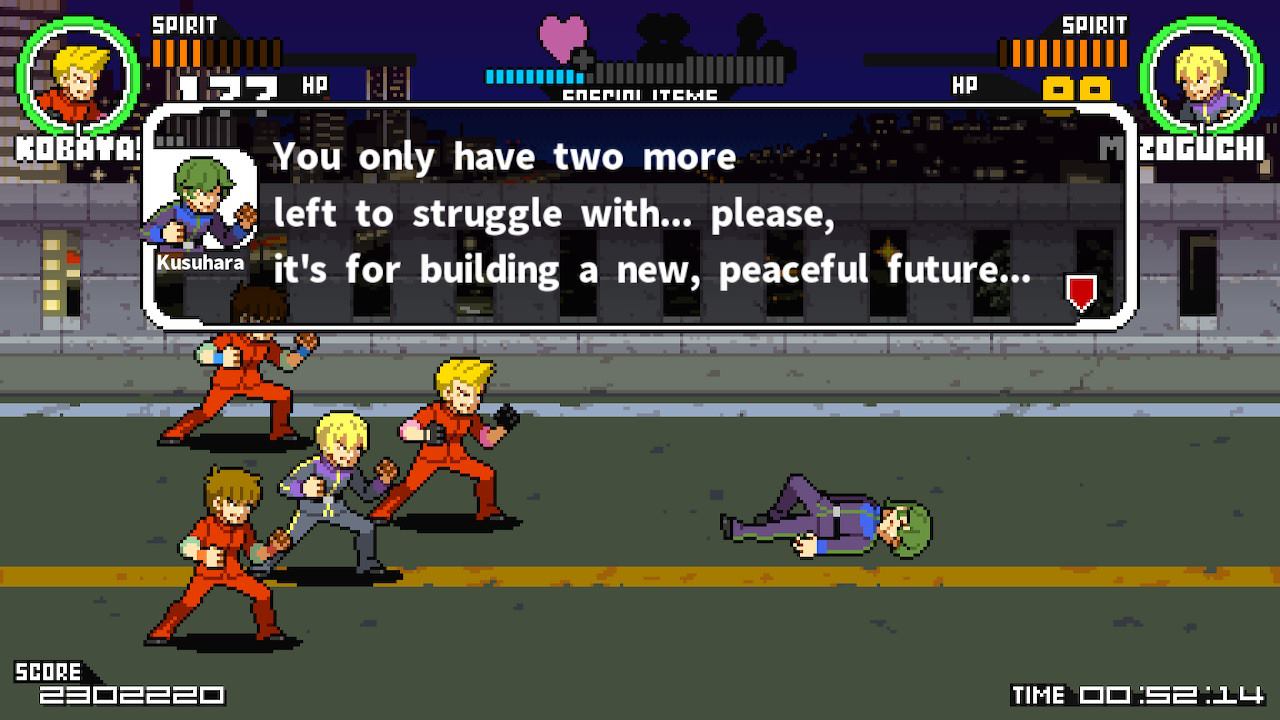 The environments that you’ll be fighting in pretty much all follow the same formula. The backdrop will change but you’ll have doors to go through or moving to the left or the right of the screen will allow you to continue on. What took a little bit of time to understand is that it doesn’t matter where you go, you’ll eventually find what you’re looking for. By exploring and taking out minions you’ll come across the mid-boss type of shadows that have taken over regular human bodies. Take a few of them out and the bosses will show up. Kick them to the curb and it’s a rinse and repeat on your way to the top.

While Stay Cool Kobayashi San! isn't the most in-depth brawler out there, it does provide a good dose of fun for fans of the series and fans of the style alike. Been needing a good beat 'em up? This could definitely scratch that itch!