Ping Pong is one of those games that should feel like a natural virtual reality title, and by and large VR Ping Pong Pro nails the aesthetics of the sport, but it let down in the end by its inconsistent physics and lackluster multiplayer options.

The basic game of ping pong is a lot of fun, and something I used to play a fair amount of over at work. We had a table made over with a net that approximated the size of an actual ping pong table, and several people from my department would go over and compete with one another. In particular one of the guys and myself would spend about eighty percent of our lunch hours playing against one another. I was never particularly good at it. I had a decent amount of spin on my serve that kept people on their toes, but when it came time to volley I lost more often than not. All of that being said, it was a lot of fun and something I miss (as we no longer have the space for that table any more).

I went into VR Ping Pong Pro hoping to simulate that experience a bit, getting the blood going and swing my arm around like an idiot with some big goggles on my head. While the latter part was certainly true, the overall gameplay left me wanting more from the game. 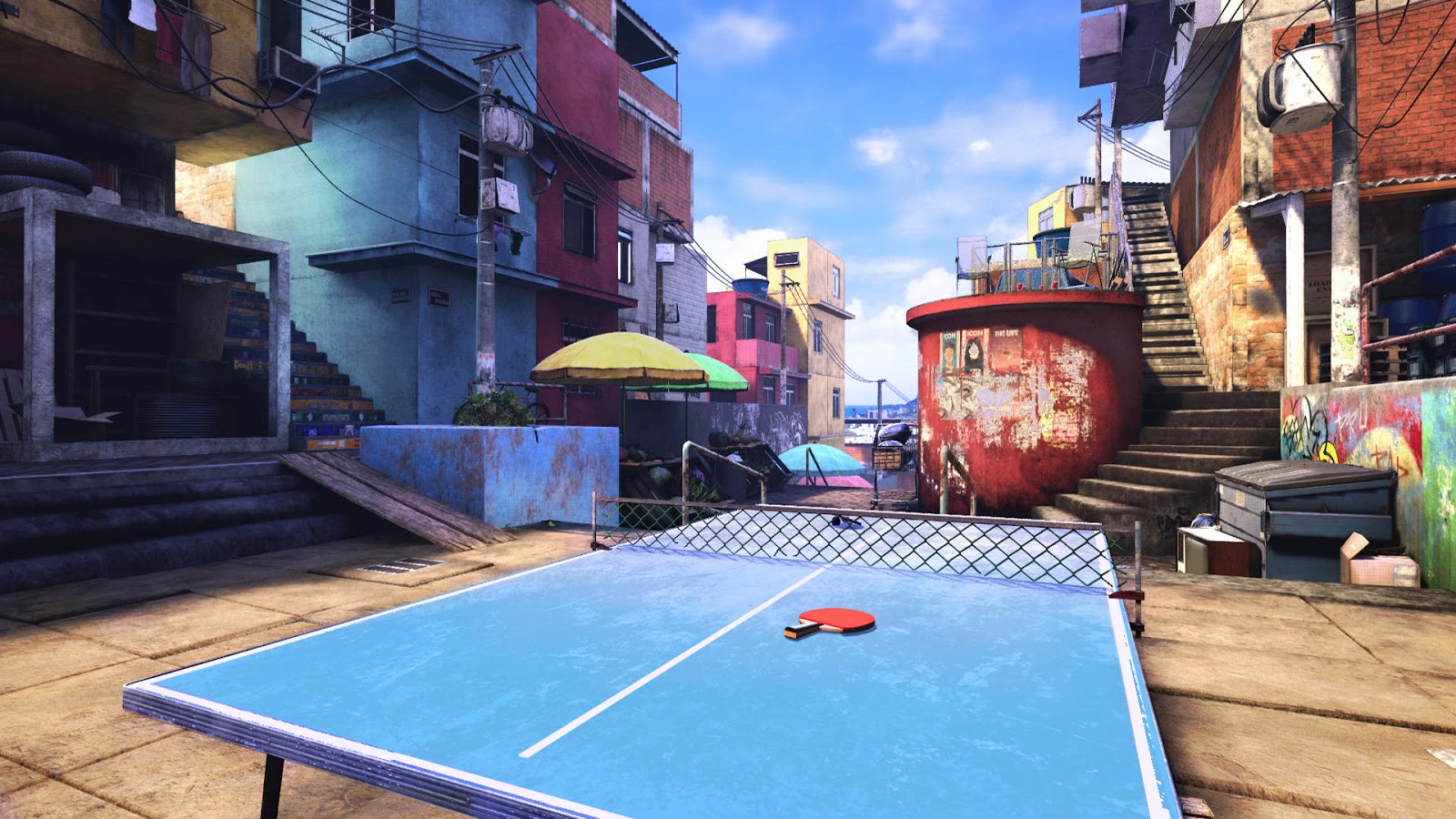 In terms of the visuals, VR Ping Pong Pro is actually pretty solid. You use the Move controllers to simulate / track hand movement and to that end the game does a pretty good job. Obviously you are not going to be able to swing your arm at full speed and get proper tracking, so I expected a bit of compromise on the control front while hoping for something that was at least a decent approximation of the actual game. Your opposing paddle hovers about in mid-air, which is probably the strangest part about the game visually, but that is likely much easier than trying to animate a person on the other side of the table. The environments are varied and well done, from a world tournament stage, to a lovely Japanese garden at night, to a park in New York and more. As is usually the case with VR backdrops, if you spend too much time studying the environments, you start to see how blurry they really are texture-wise, but they are pleasing to the eye and offer up a nice bit of variety.

The sound effects work pretty well also. No issues with the menu music, and you have some general sound and environmental ambiance to help set the stage, but the majority of the sound is that hollow sounding smacking of the ping pong ball when it strikes the table or a paddle. There are some old-school arcade sounds in some of the training segments as well, which teach you the basics of gameplay by allowing you to hone specific skills like returning serves. Those mini games are actually pretty well done.

The two things that take what could have been a really cool game and bring it down to a more average score are two things that are rather difficult to overlook. The first and lesser of the two evils is the multiplayer, which doesn’t let you go grab a particular friend to play against, or sit in a lobby where people can talk a bit of playful smack or anything. It just grabs another random person out there – if there is one (I sat waiting for about ten minutes a few times) available, and tosses you into a match. I’d much rather compete against a friend of mine who has this title, and an easy way to enable that would be ideal. 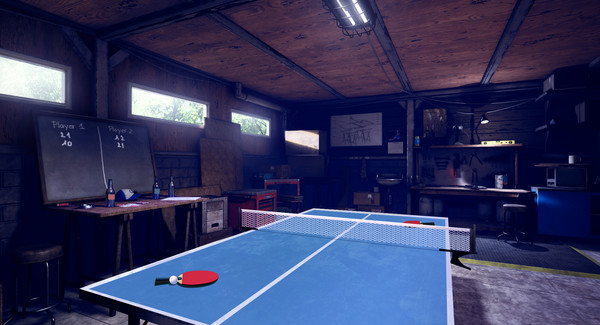 The other issue, and by far the biggest, is just a matter of the physics. As I mentioned above, this was never going to be a perfect representation of the sport. When you are playing actual ping pong, you are sometimes swinging your arm very fast to help get good velocity on your returns or serves, but the technology to track that speed is just not there right now. As a result, it makes sense that timing and speed have to be nerfed a bit to make it work. The problem is that the engine itself just feels wildly inconsistent. You need a certain amount of heft to your paddle and ball, and that can be a difficult thing to mimic in any video game let alone a VR one. Many pinball games have failed for the same reason, because the balls feel floaty or the strike mechanics with the flippers are inconsistent, and the same is true here of VR Ping Pong Pro as well. I swear I could hit the ball the exact same way five times and probably get three very different results. That makes this more frustrating than it should be to play.

I am somewhat ambivalent on the content provided. I think a game that has you moving through some sort of a career mode as a means of progression would certainly have been welcome, but there is not a lot more than can be done with the base game of ping pong. Quick matches, online matches, World Tournament and training is a fair amount of content I suppose. I think there was the potential for some targeting mini-games or the like, and there are unlockable skins for the balls and paddles to be had, but at the core of the game, you have to have the physics right or none of it will really matter in the end, and unfortunately the physics just don’t quite work.

VR Ping Pong Pro has a solid enough presentation and gets more right than wrong in just about every area but the one that matters the most - the actual gameplay, which misses the mark worse than one of my real life volley attempts. That unfortunately holds back what could have been a good game from reaching its full potential.