With a top-notch presentation, a sense of exploration and one of the best uses of Jedi combat to date, Star Wars Jedi: Fallen Order is the best Star Wars game in over a decade.

For Star Wars and action fans alike, this is the game you are looking for.

I am a huge fan of Star Wars as a whole, and I have been let down by video games based on the property far more often than not over the years. Certainly there have been some good games along the way, but there have been plenty of misses in my opinion as well. There is some level of fan forgiveness that can creep in for someone who enjoys a franchise, but by the same token that often means a fan may turn a more critical eye towards where the title goes awry.

Star Wars Jedi: Fallen Order is not a perfect game, and it pulls from a variety of different influences as well. However, Respawn seems to land on the light side of the Force than the dark side, and those influences feel more inspired than derivative. 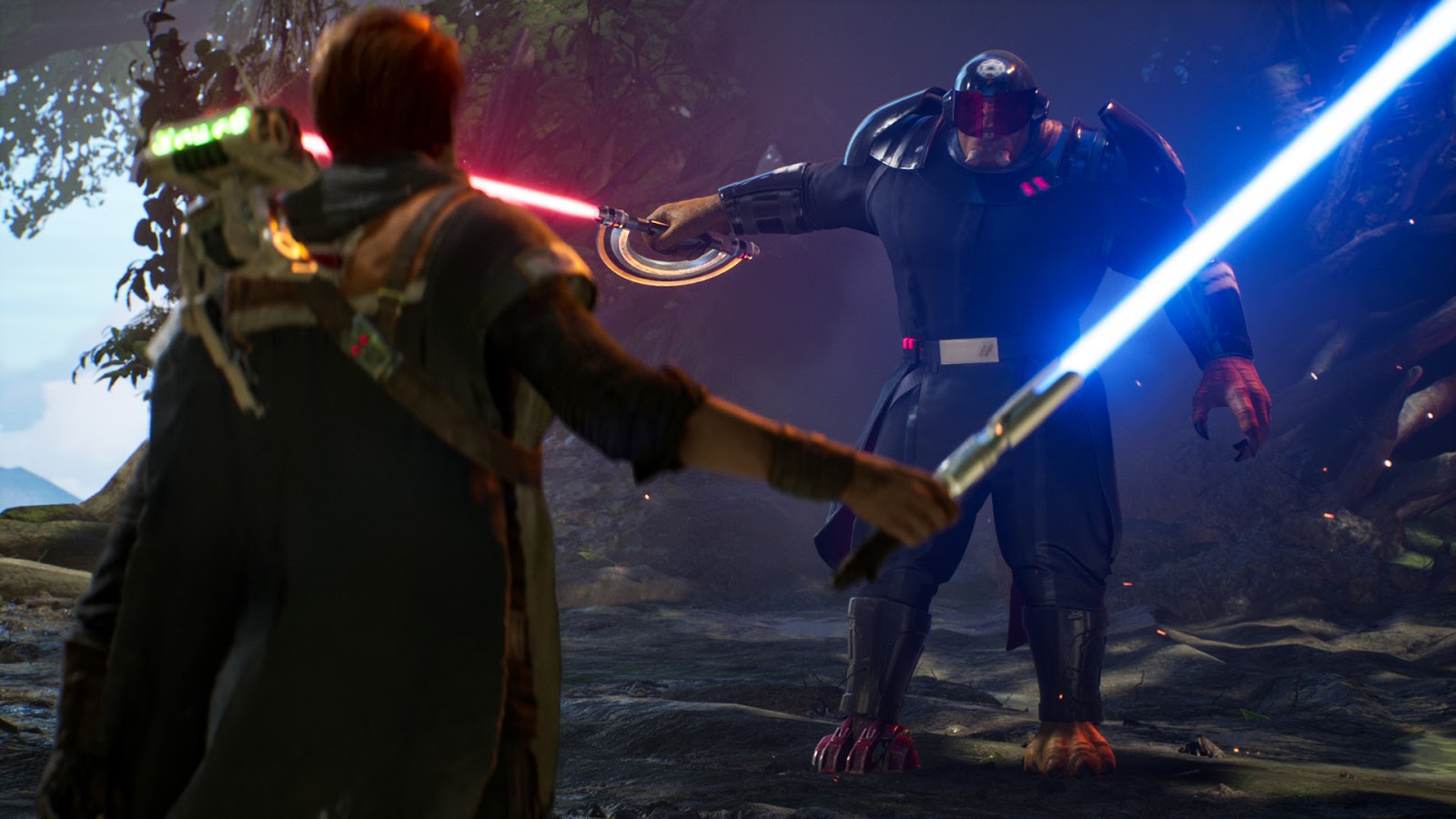 We start with a character named Cal Kestis, who is introduced as a scrapper looking to get by under the radar. Fallen Order quickly teaches us the basics of moving around as Cal is guided over beams, up walls and over potentially perilous pitfalls. In particular the parkour wall-running style Respawn did so well in Titanfall and gives a fluidity to Cal’s movements that is put to good use throughout most of the game. Before long however, Cal is forced into using his abilities and his cover is blown, leading him on an adventure to multiple planets as he attempts to help restore the Jedi order.

In terms of the main protagonist, Cal works really well. He starts off quiet and unsure, but later in the game he has gained a measure of confidence that was lacking early on. Story events cause Cal to reconsider different motivations and people around him at times, but he shows quite a bit of growth on his relatively short journey. It helps a great deal that Cameron Monaghan (best known of late for his role in the TV series Shameless as Ian Gallagher or Jerome Valeska in Gotham) does a great job of voicing the character of Cal.

From the Titanfall wall-running to the verticality of the zones that resembles Tomb Raider and Uncharted to the patient, parry-based combat system that resembles Souls titles, Star Wars Jedi: Fallen Order has plenty of inspirations baked into its gaming DNA. Not everything works perfectly, as ledge grabbing can be just a bit finicky, character models sometimes animate a little oddly and the holomap you use to look around can be challenging to read at times. Those quibbles aside however, Star Wars Jedi: Fallen Order makes Cal the most dangerous Jedi I have controlled in about a decade. The combination of lightsaber skills and Force powers has not been this lethal since Star Wars: The Force Unleashed. That being said, I actually prefer the combat here. 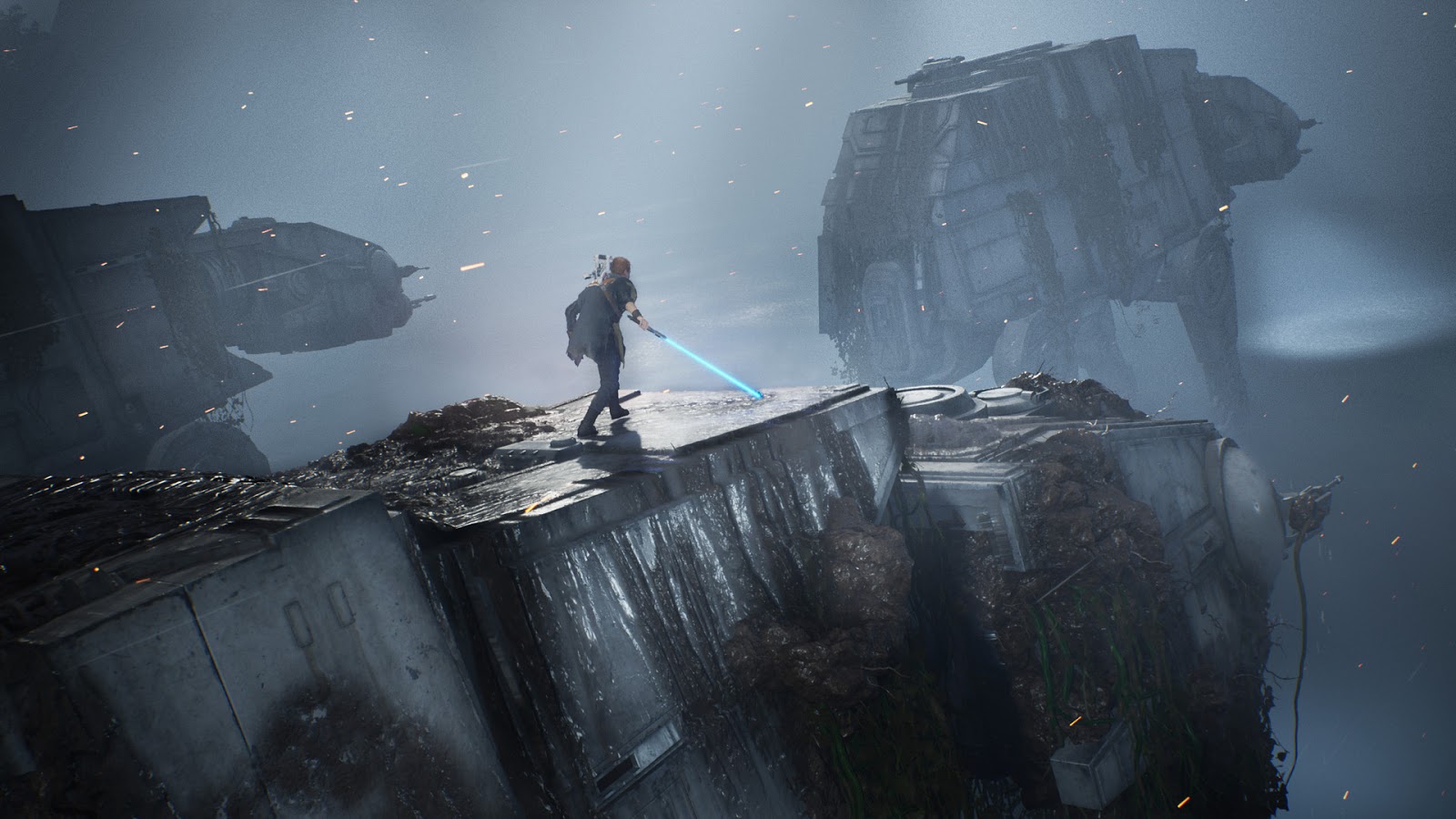 The Souls influence makes for a much more nuanced lightsaber battle than prior Star Wars games. There is a heavy focus on dodging and parrying. Time your blocks just right, and you might deflect a Stormtrooper’s laser rifle blast right back at them, or open up your melee opponent to a deadly counter that has a flashy finish to it. Force powers are varied and interesting, with pushes, pulls and slowing of time that allow for some creative encounters. For the record, it is incredibly satisfying to be darting around on tall platforms, force pushing a handful of troopers off to their deaths – just sayin’.

Customization is a bit of a mixed bag, as there are numerous cosmetic changes you can make to Cal’s outfit, the ship he inhabits (The Mantis) and his faithful droid BD-1 (who has a very WALL-E look to him). However, the skill table for advancing your skills is fairly flexible as well, and actually has a good deal of substance to it. You can choose from some passive boosts such as increased health, stim effectiveness or Force pools to draw from, but you can also unlock new skills such as a sprinting slash or the ability to slow down multiple opponents at once and not just one.

If you are just looking to go from one frantic battle to the next, Star Wars Jedi: Fallen Order might leave you somewhat disappointed however. While there are some parallels to Force Unleashed, that was a far more linear affair with a major focus on combat. Star Wars Jedi: Fallen Order really wants you to explore, which I consider a good thing. Level designs are somewhat linear (some worlds offer more open exploration than others), but true to the Souls formula, level design relies heavily on advancing to certain points and then unlocking shortcuts back to earlier points in the stage. There is a bit of Metroidvania in here as well, as certain points in the storyline will unlock new Force abilities for Cal, which then can be used to help explore earlier stages and unlock paths that were previously not available. Given how gorgeous the environments are, this is one game where a little backtracking and extra time spent exploring were not bothersome at all. 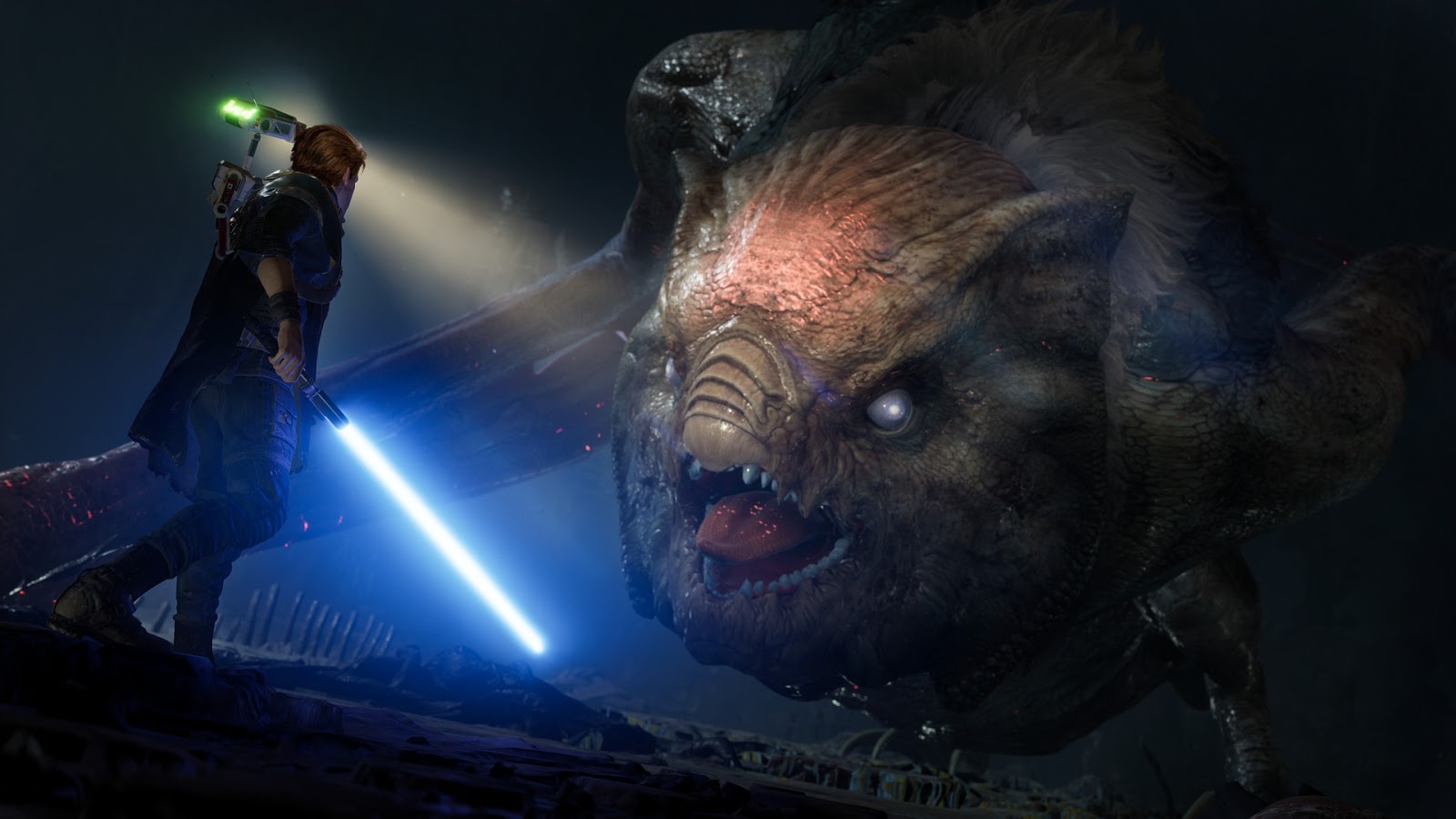 One of the strongest aspects of Star Wars Jedi: Fallen Order is the overall presentation. I already touched on Cal’s voice acting, but there are plenty of other characters that convey emotion effectively as well. Add to it the familiar sound effects, a quality soundtrack and some gorgeous vistas, and it is clear that Respawn really knows how to convey the Star Wars world in a video game. Many of the creatures are very creatively designed, and there is an element of gathering data on them as you fight more that allows you to gather more information about them as well. This leads to experience, which grants levels, thereby giving you more skill points to spend on new skills, creating a satisfying gameplay loop that made me eager to see what else I could discover on these different planets.

Now, this game has no multiplayer and there is no real replay value despite a couple of superficial chances to customize Cal’s response to a question. This combined with a relatively brisk run time (on easy Star Wars Jedi: Fallen Order can be cranked out in about a dozen hours, on harder levels of difficulty – probably twice that), which may impact your willingness to invest at the full sixty dollar price tag. It probably boils down to how badly you have been wanting to play a proper Star Wars single player experience – so to me it is absolutely worth it. 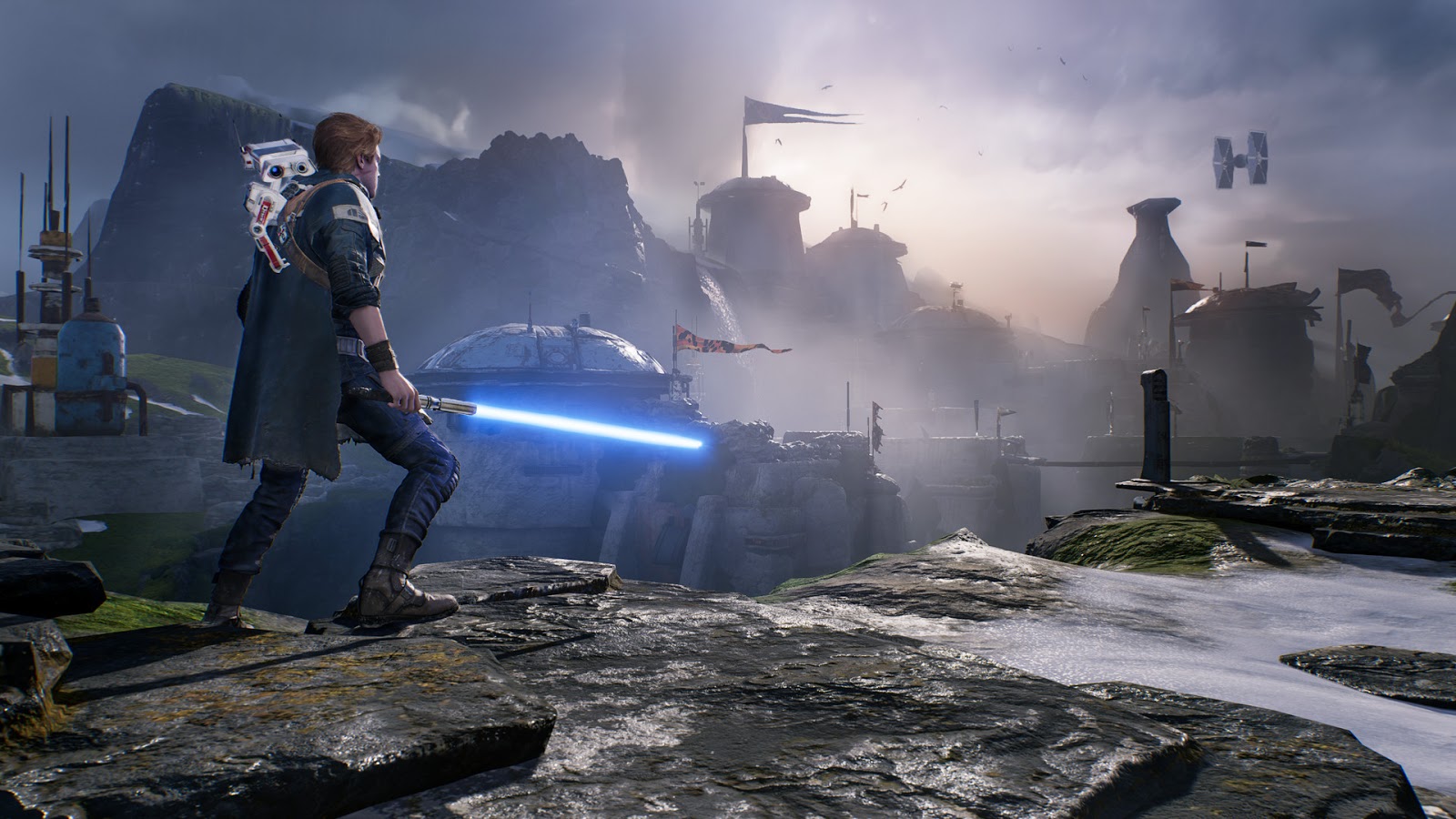 Star Wars Jedi: Fallen Order has a few flaws, but they are minimal when weighed against all of the things done right here. The story is interesting, the characters were easy to invest it, the gameplay was fun, progression was entertaining and the entire thing actually looks, sounds and feels like a proper Star Wars story. Sure, it could have been a little longer, but at the same time? I consider it a very good thing when I am playing a game that I don't want to see come to an end. This was exactly the game I was looking for.