You are reading
Artificial Core Announces Corepunk Open Beta in 2020!

Amsterdam, Netherlands, December 11, 2019 — Developer Artificial Core has announced Corepunk, a top-down, non-linear MMORPG set in an immersive sci-fi universe. Key art, screenshots and a gameplay trailer have been released in anticipation of the title’s open beta launch on PC next year.

Featuring a seamless open world with miles of wilderness to get lost in, Corepunk will allow players to venture to an array of intricately detailed environments inhabited by four distinct cultures. A vast metropolis booming with activity and a lonely camp in the middle of an uncharted desert will be a few of the many destinations travelers can embark to. Unlike most MMO titles, the game will allow players to take on story missions in whichever order they prefer.

“Corepunk represents a synthesis of our favorite settings and themes from science fiction,” says Eugene Kiver, Producer of Corepunk. “Over the course of five years, we’ve expanded our team to over 100 people to ensure our vision of the ultimate futuristic fantasy comes to life. We can’t wait to have MMORPG fans live out their technocratic dreams with us.”

Every journey will begin by creating a hero. Each character has a unique set of fighting styles, and each style has a unique set of abilities. These can be tailored gradually through the talents and artifacts players acquire throughout the game. Builds vary immensely depending on the attributes that one prioritizes. Corepunk will feature an extensive economy system, meaning crafting and trading in-game items will be an important part of the player’s experience, too. 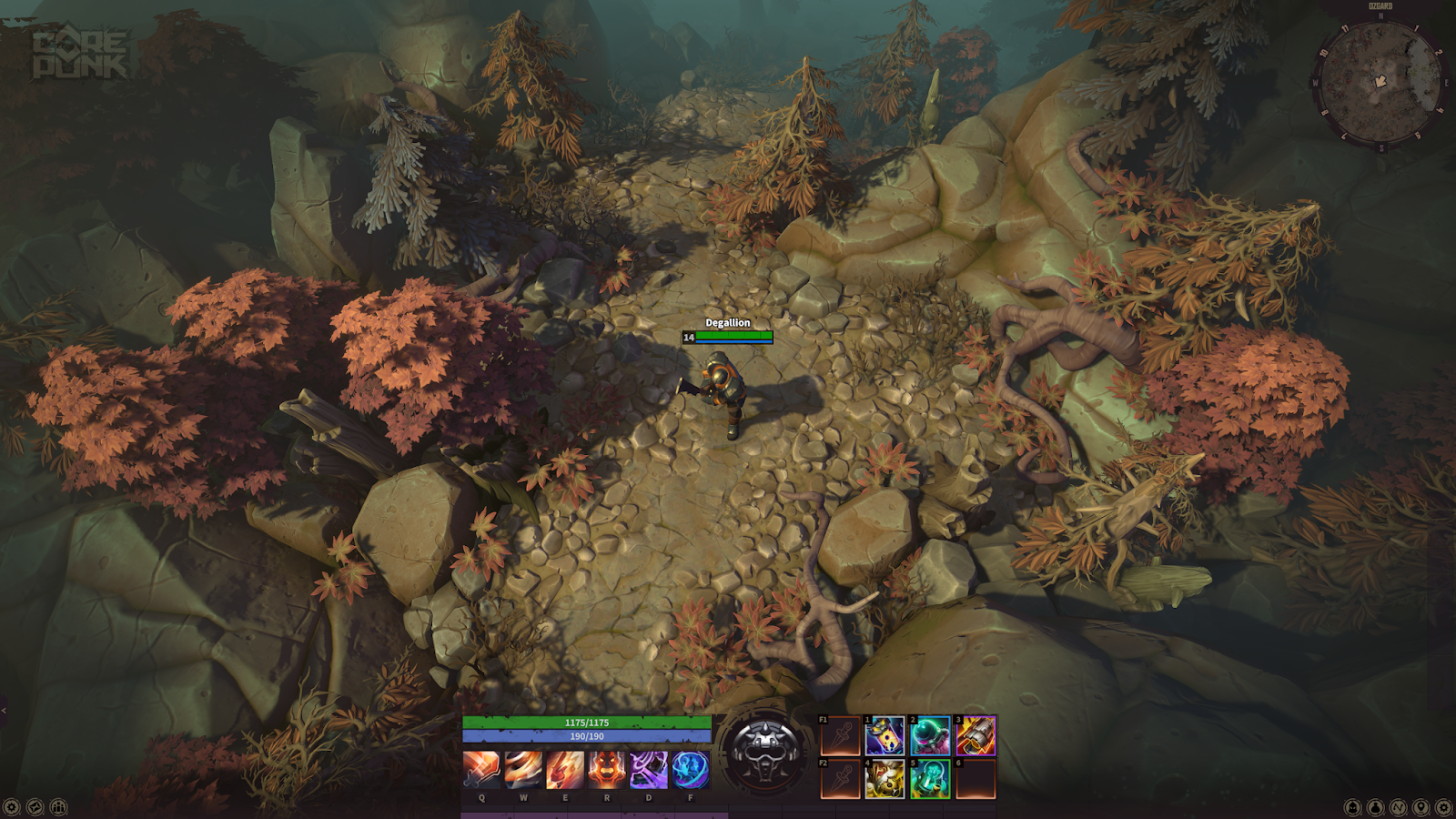 Branching quests and alternate endings guarantee that no playthrough will be exactly alike. Embarking on an expedition to find a chest filled with loot, a rare monster, or a wandering merchant with special items may yield a few surprises that players may not have anticipated from the get-go. The fog-of-war system will ensure players will constantly be kept on their toes thanks to dynamic weather and day/night cycles. While it may seem like a hazard at first glance, this system can be utilized to ambush and lure foes into traps during PvP.

Each encounter in Corepunk’s PvP component will require a great deal of strategy. The keys to success will lie in constantly managing the distance between oneself and the enemy, keeping an eye on one’s ability cooldowns, and knowing each character’s strengths and weaknesses. Victories will be rewarded through the Honor Points system. Weaker players should rest assured knowing that a karma system will prevent them from being steamrolled at the outset.

Of course, Corepunk will include everything that MMORPG fans have come to expect from the genre, including a profound amount of lore, arenas, battlegrounds, guilds, farms, randomly generated dungeons, raids, and crafting and mining professions. Players will also be able to meet and join up with human companions in order to take on harrowing quests that few would dare challenge alone.

Developed with the Unity engine, Corepunk will be the first game by Amsterdam-based studio Artificial Core. The game’s open beta will launch in Q4 2020.

Artificial Core is a video game developer and publisher headquartered in Amsterdam, Netherlands. Its core development team is located in Kiev, Ukraine. Consisting of well over 100 talented developers from all corners of the industry, the team is hard at work on its debut title, Corepunk, an open world MMORPG whose open beta is set to launch in 2020.