The latest expansion for Paradox Interactive’s titular mecha-based strategy game, BattleTech, brings a bevvy of new frames, some explosive action in its mini-campaign, and new methods of destruction with a stockpile of new weapons. Though it seems content-rich on the surface, the steep price tag, shallow introduction of the original frames, and a genuinely uninspired feel, have this latest DLC players a bit mixed on its value. I for one, tend to agree with that sentiment.

Though BATTLETECH is in and of itself, a stellar title, Heavy Metal is a bit of a miss. What is largely a character pack, Heavy Metal brings us 8 new frames, 7 of which are original / returning designs and one that is completely new in its makeup. To pair up with the 8 new frames there are also 8 new weapons for you to reign destruction on your opponents. But beyond those items is not much more than a mini-campaign … Had there been a longer, more fleshed out campaign or greater variety (or simply more) in the new weapons, I think things would be looked at differently, but as it stands at $19.99 USD, this character pack is exceedingly thin on its content and while pretty new suits are nice to look at, if we have no reason to look in on them then it is all for naught. Come on, Paradox, throw us a bone here… After all, this is the last of the expansions planned for the first Season Pass; while the 8 new chassis are great to play with, as a send-off content-wise, it falls a little short. 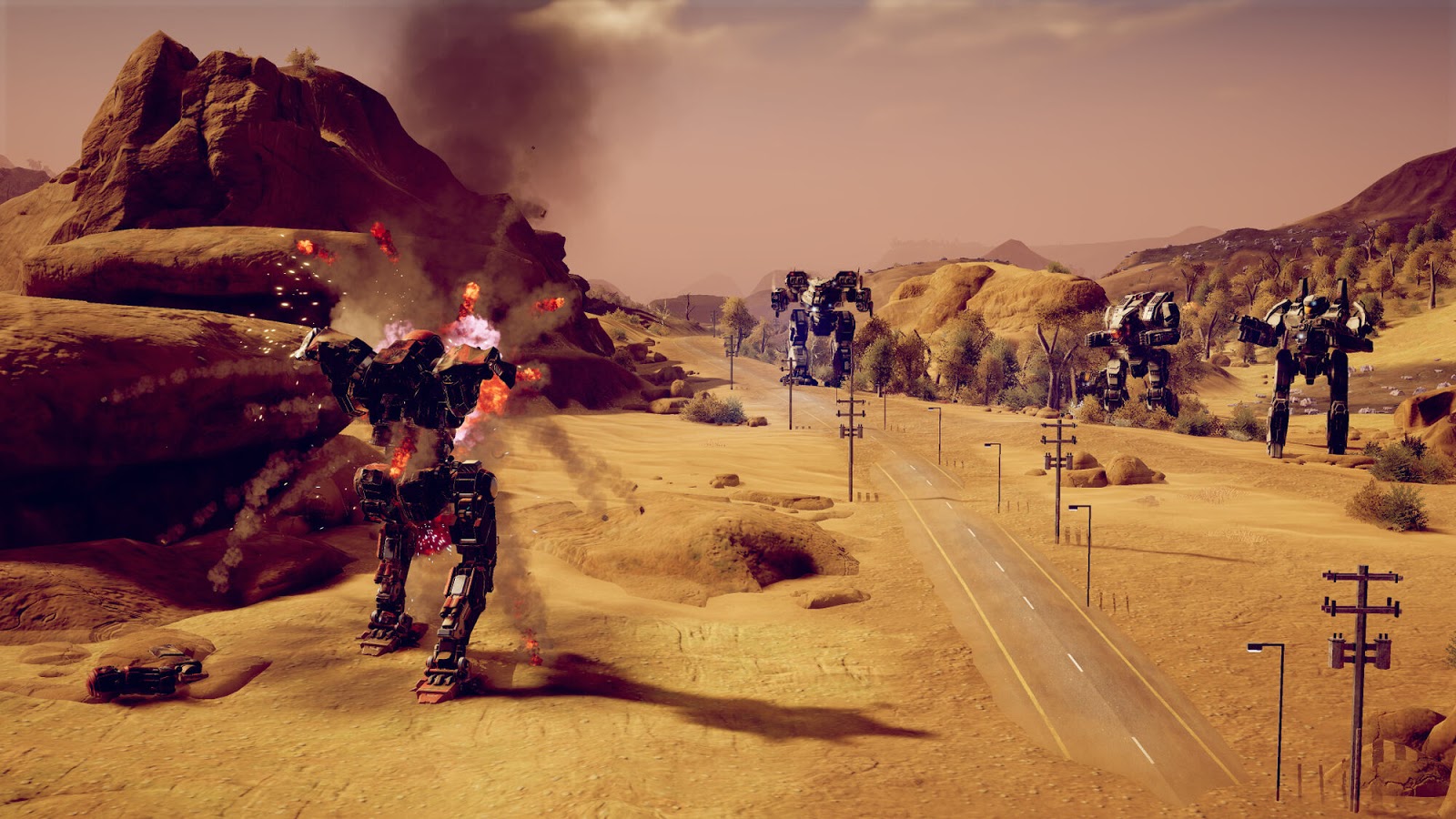 Now don’t get me wrong, the newest chassis, the Bull Shark, is an absolute beast; at 12 hardpoints, the entire thing is just a weapons platform with legs. As I mentioned earlier, there is a new mech in town, and that’s the aforementioned Bull Shark. This bipedal beast is downright terrifying and … honestly feels a bit Mary Sue. The only real struggle I ran into whenever I fielded a Bull Shark was literally just the heat buildup. Few things can stand up to this absolute unit of a mech, and though there is some excitement in that aspect, mopping the field with one of these gets a little boring after a handful of missions. It just looses its luster, largely because I was craving more focused missions or a campaign that really called for the power of the platform. Sure, the mini-campaign serves as an introduction to this bespoke mech (as it was designed specifically for the game; the other models are all taken direct from sourcebooks), it’s just … not enough. Perhaps it is less about Heavy Metal and more about me just wanting more BATTLETECH, I don’t honestly know.

While BATTLETECH is and always has been about the giant mecha, it’s pretty fair to say that said mecha need something to do, right? Well, with Heavy Metal, Harebrained has also given us a smattering of new weapons because we all know that deep down we just want our giant robots to do more than punch eachother in the face. Not to say that’s not fun, but we need some pew pew action in here, yah? Well, from the super nasty COIL beam to the new mortar, there are oodles of options now and for veteran players, the 8 new weapons may dynamically change the way you play … and that? That is the saving grace of BATTLETECH’s Heavy Metal Campaign. 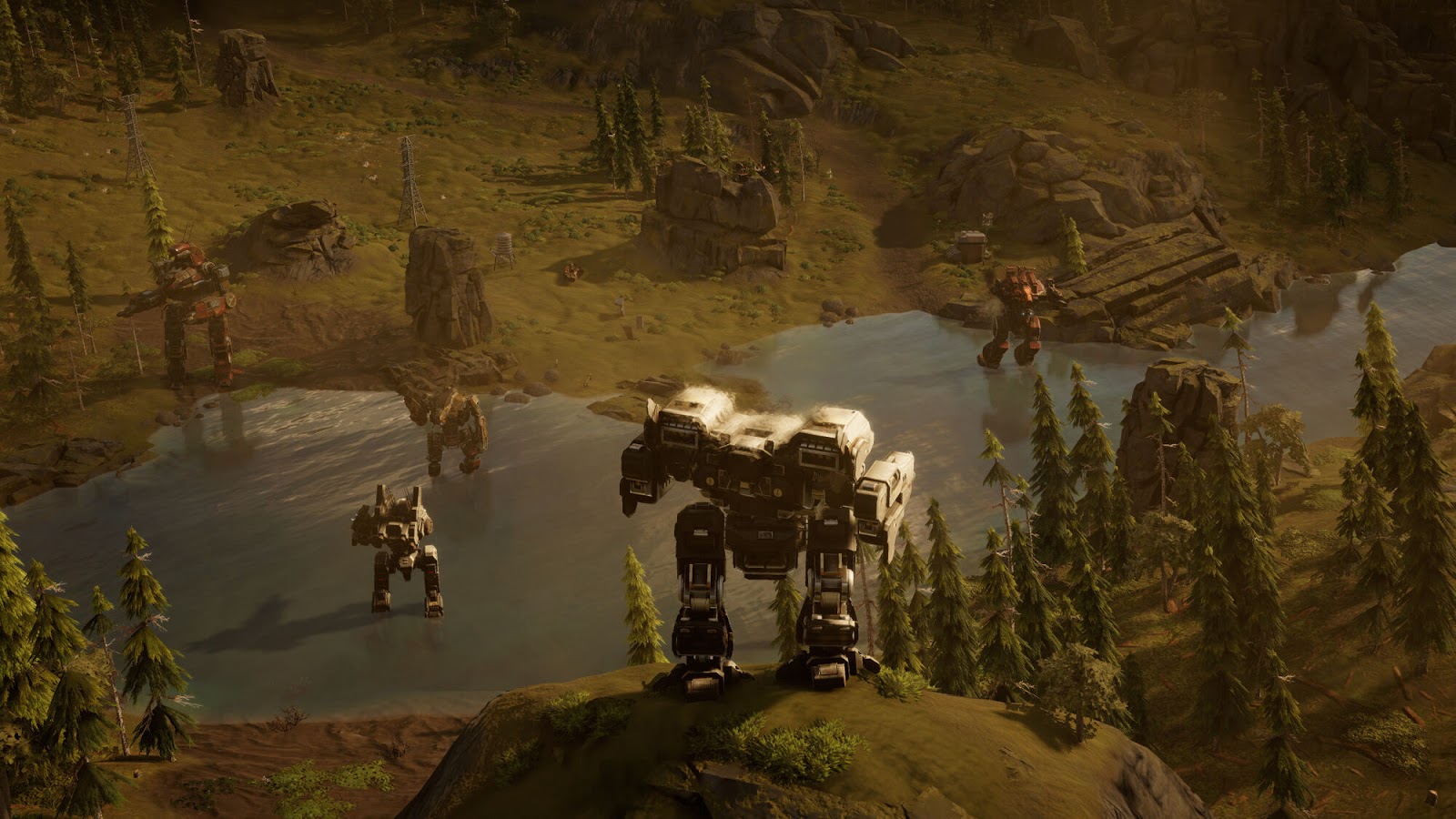 BATTLETECH, released to critical acclaim 18 months ago, has been kept relatively fresh with the dripfeed DLC that Paradox and Harebrained has put out. From its stellar launch, brutal DLC, or its pinnacle send-off with Heavy Metal, has brought long nostalgia to the fore and kept it there. Though the Heavy Metal DLC offers a number of different loadout possibilities, it sadly, brings little new to the table by way of meaningful content. What content it does bring is exceptional, well-crafted, and exceptionally detailed and adds plenty of replayability; there is just that slight, tight tug of desire and longing.