Other Platform(s): Microsoft Xbox One

Decimated by a virus that turned anything it came in contact with into monsters that would be at home in an H.P. Lovecraft setting, there’s not that much left upon the planet Earth. Split into factions that can barely even tolerate themselves, humanity has built walls to keep what they dubbed Pandorans out as they still worry about the possible infection of the pandoravirus that has already swept the globe. Set in 2047, you set out in order to rebuild what was known as Phoenix Point with the goal of uniting humanity and hopefully repelling the Pandorans enough to get back to a more normal style of life on this half mutated planet now rife with monsters.

Phoenix Point hits a style of gameplay that while I’ve always loved, I’ve always found issues with in some form or another. Until now. Holy hell, designed as an open ended tactical squad turned based strategy, this is one title that should leave you very little in the wanting category.

Taking it from the top, you are in charge of your forces and are basically the voice behind the scenes telling everyone what they should be doing, where they should be going and what they should be shooting at. Controls are extremely smooth either sitting at your desk with a keyboard and mouse or sitting on your couch with a controller in your hands and your feet on the coffee table. Tire of one, swap to the other instantly which made taking my new Elite Series 2 out for a spin all the more enjoyable. One of the reasons that the controller works so well is that instead of having the cursor jump from selection to selection, it works as the mouse allows you to simply move and select what you need to in the menus. In the field while engaged with the enemy? It the zooming and panning are all handled by easy to access buttons so nothing ever felt like a chore.

While the majority of the gameplay will be fighting off the Pandoran monsters and other human factions that are either just idiots or have an actual bone to pick with someone that you’re dealing with, the most important decisions happen on the main map. Allowing you to move your forces around the globe as you push out further, you get a “real-time” view of your portion of the globe as you explore it for resources and allies. Able to pause it at any time though, the world only moves when you’re ready. Being able to pause allows you to actually take the time to read over what you’re researching or truly decide if you’re next action is the best course of action when dealing with possible ramifications of one against the other. The best part? If you’re waiting on units to heal, or research to be done, you can fast forward to make the days go by in seconds before bringing the time back down to a more normal pace.

From the map, you can start to explore the reaches beyond your base which will lead you to other factions, supplies or ambushes that you need to fight your way out of. For other factions, you’ll be able to start talking and possibly even trading if you research enough into being able to deal with them which will also give you what you need the most. Troops. You don’t simply train new troops from your base once you’ve lost a few. Instead, you have to gather them from other settlements through recruitment, or if you’re lucky enough, some places will want to execute someone because of their actions and instead of saying yay or nay, you can recruit them and thus, my elite sniper came into my party.

For finding supplies you won’t know until you’ve moved your forces over and they’ve had enough time to look through to see if there’s anything that could be used. Sometimes it may be nothing more than scraps while other times it could be a hell of a haul if not a motherload that you’ve been needing in order to push another project forward or build something rather expensive like a new jet to send your forces outwards in two seperate directions. Other items such as ammo to reload, new helmets or armor sets to mix and match on your forces are also available alongside healing items that you’ll need once you take a hit too many from enemy fire. Resources, especially near the beginning, feel limited so you’ll want to really decide in advance what your plans A, B and C are. 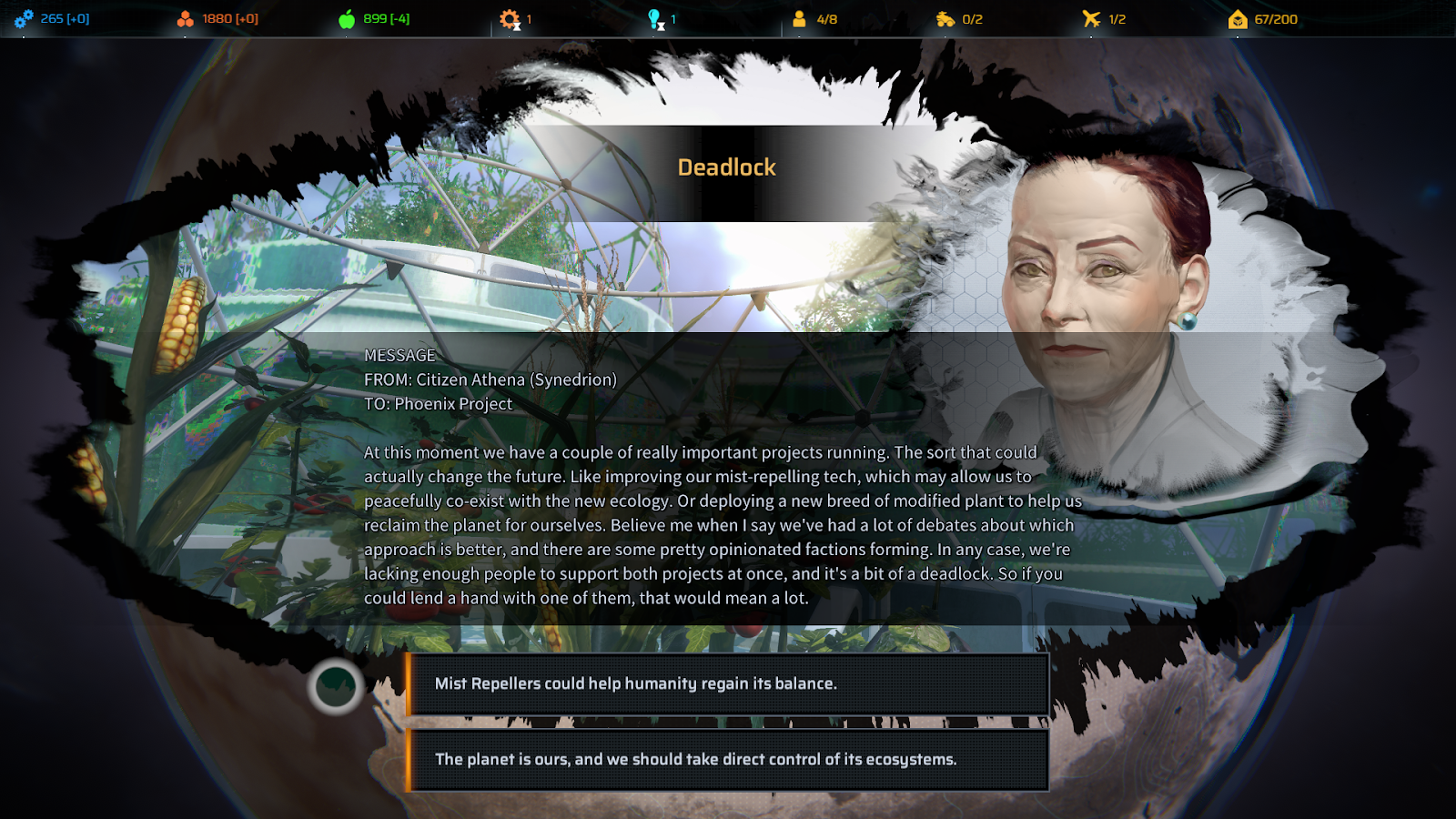 Other points on the map will lead you to new missions to either explore for the actual resources, defend the resources, eliminate Pandorans or keep a settlement safe while they run an experiment or are actually under attack. Short of being ambushed, what you do is up to you. You can choose to explore and attack the enemy forces now, or, you can always come back later if right now really isn’t the best time. Somethings really can’t be put off like being ambushed because it literally just happened and you’ll have to fight for your troops lives for several turns before they can be evacuated out of the shit storm that they find themselves within. One thing that I found out for science is that if a settlement is attacked by Pandorans and you don’t actually go help, it could be wiped out eliminating allies, resources and possible troops down the line. So you’ll actually want to do it.

Now for what had me sitting on the edge of my seat for so long. Combat. Using the idea of action points, each unit can move as far as their classes dictate, fire weapons, throw grenades, get into overwatch mode to shoot at whoever runs in first or heal themselves or an ally. Moving around the map is smooth enough and your troops will generally run over to where you selected and automatically take cover if need be. Now here’s where things get “tricky” in some of the best ways possible. You are never safe. That tree you have someone hiding behind? That platform an enemy decided to perch on? That giant cement wall right beside glass? None of it matters. Everything short of the actual ground that you find yourself on is destructible with enough force and it’s amazing as you can never truly feel safe until the mission is over.

Even firing your weapons, while bound by lines of sight and weapon ranges, wow. Targeting your enemy you get an estimated health reduction if you decide to open fire, but if you zoom in a bit you can see exactly how much damage you could do if you aimed for a specific part. And this, with human enemies aside, becomes amazing as headshots are not the be all end all of combat. Pandorans are mutated monstrous beings so you really need to aim for the soft and squishy and that can change from one enemy type to the other. But it’s more than this. You see the world from a top down view up until you’re ready to fire. Once ready to fire, you get a third person view of your target and how well you can hit them. From there, it can go into a first person view allowing you many more details of what you’re looking at as a result. AND, and, you get to see everything that could be in your way or get into your way if your shot is just a little bit off. This is still an RPG with numbers that have to be run so even if your straight on point visually, the numbers will tell if you hit true, or if you hit a lamp post or an armor plating.

It blends together so well too. Having played with a controller, with a keyboard and mouse, off of my 17” laptop screen and off of my 34” curved monitor, it handles just as well in one view or mode as the other. What may actually claim king though is not that it runs well, big or small, console or PC wise, or even that the gameplay firing mechanics are simply amazing. It’s how everything comes together and how your forces are not just some dumb non thinking being that can’t just hop a damned fence because its in the way. YOU FINALLY DON’T HAVE TO PLAN ROUTES AROUND STUFF ON THE GROUND! You can just hop it. On top of a building and don’t have a clear shot down? Jump down and blast the hell out of your enemy because let’s be honest? I didn’t even see that coming until it showed up as an option for the first time. I had literally prior to that been the one on the ground blasting platforms from below to bring them down onto the ground level. 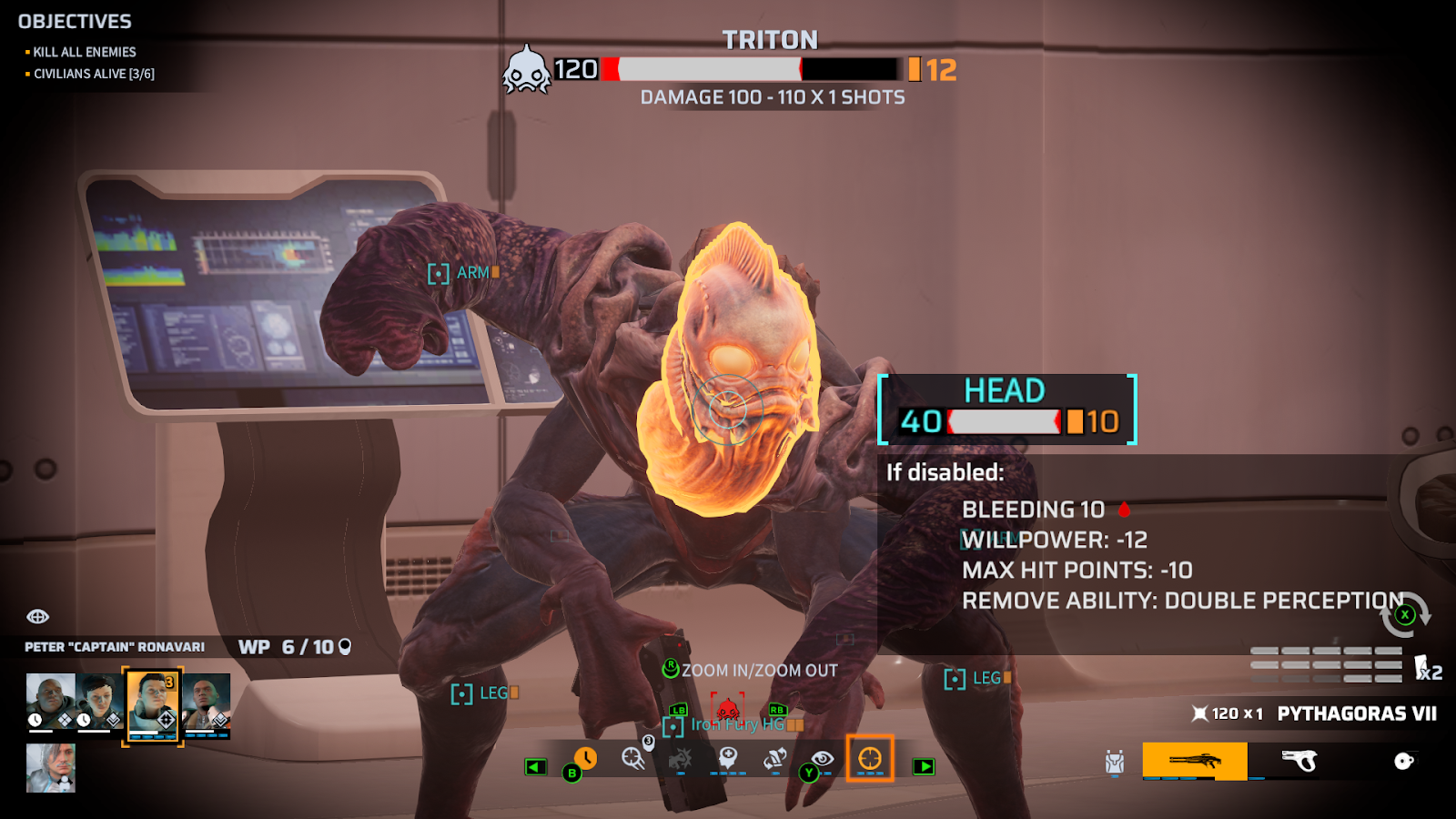 Phoenix Point for me was just a blast. Literally and figuratively if you ask my enemies. Amazingly designed for one of the best damned Squad Based Turn Based Tactics that I’ve played in a long time, I fully recommend it to anyone that’s had their eye on it. Going back… two years to a sponsored Facebook post? It’s been worth the wait and even with its very late entry into the year, is hitting my 2019 Games of the Year list. Thank you Snapshot Games!