You are reading
Farabel – Switch Review

When it comes to dominating a grid based battlefield, it almost feels like it’s all been done. From Disgaea to Bloodbowl, Mordheim, Gloomhaven and Tiny Metal to just name a few, each have their quirks, and with each new entry, it’s getting harder and harder to stand out. Enter Farabel. The war is almost over, you’re going up against your nemesis with your army in the final push to end it all. You win. The End. Or is it? Starting from the very beginning you’ll be leveling down as you go backwards through the war to see how it all got started!

While it isn’t unusual to start at the end of a game or even three quarters of the way down, you normally get treated to an introduction video and then take things from the top wondering how everything so happy go lucky could turn so dour. Finally going in a completely different direction, you now start at the very end of the game and then work your way backwards while leveling down and deciding what stat points to lose. This in a way is a bit like Sinner: Sacrifice for Redemption where you lost something for every boss that you defeated instead of gaining experience and their souls for crafting, but unlike Sinner, the story is also going backwards, not forward.

Even if the idea of playing something backwards is a neat one, it only really works because it’s only your main character that is taking a hit to his stats, not the rest of his army. With plenty of wildly different scenarios from beating the final boss to a prison break or taking on hefty elementals that will create another one of them for every one of you that they kill, you’ll honestly be relying on your troop composition more than your king. Acting like a king in both real life and in chess, once they bite the dust, that’s it. Game Over. So while they have better stats and capabilities, most units are only sporting ten to twenty hit points so getting too close will more often than not get you killed. 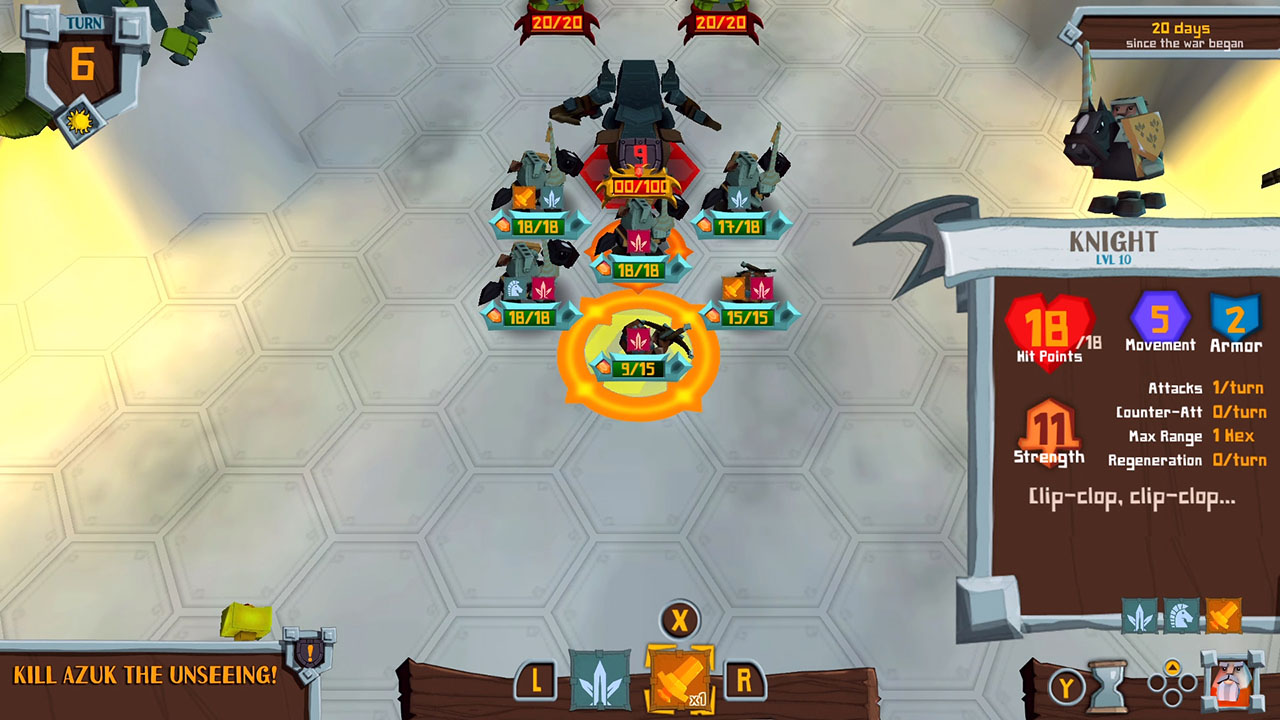 This can often lead to some tough decisions because more often than not, you need to move forward and with the king “usually” having his horse, he moves the further short of the mounted knights. The types and amount of troops per stage is always a surprise until you actually load it up and play it all the way through. Sometimes you have everything you’re going to have while other times you’ll have to free them in order to be able to push forward. With the only constant being both the King and the Sorceress who’s gotten you into this reversed mess, there’s not a single “strategy” that works which was fantastic as steamrolling stages isn’t exactly possible until you know all of the factors and even then? You’ll only really be steamrolling on the second pass through to meet the bonus objectives.

Gameplay is fairly standard. Going along the routes of a team turned based approach where you go first and the enemy goes second, it doesn’t matter what order you move your troops or even the order in which you perform your actions. Move, using special abilities to buff up or attacking can all be done in any order which works out great especially for the archer units which can move up, attack twice, not just once, and then teleport behind cover if they haven’t already teleported to bypass a wall or barricade. Only adding to your strategic repertoire is that the King for three times in a stage can rewind a character’s time allowing them to move and attack all over again and sometimes with added movement or attack bonuses. What they have already done isn’t erased so if you have a pesky foe and know that two turns of a mounted knight will put them down? Do it!

The only part that takes a bit of a hit is that, and I know this will sound hypocritical, is that there isn’t really a tutorial to teach you, even briefly, the ins and outs. Knowing that you can move and attack, or move, then eventually attack or use abilities, would have been nice to know off the bat. Ending your turn is also a bit of a tricky one as I never realized how much I relied on “Are you sure you want to end the turn” before accidentally hitting it and causing some casualties on my side. That aside, I would have also liked the ability to change the zoom or the angles as sometimes the point of views when dealing with building or obstacles is not the greatest. 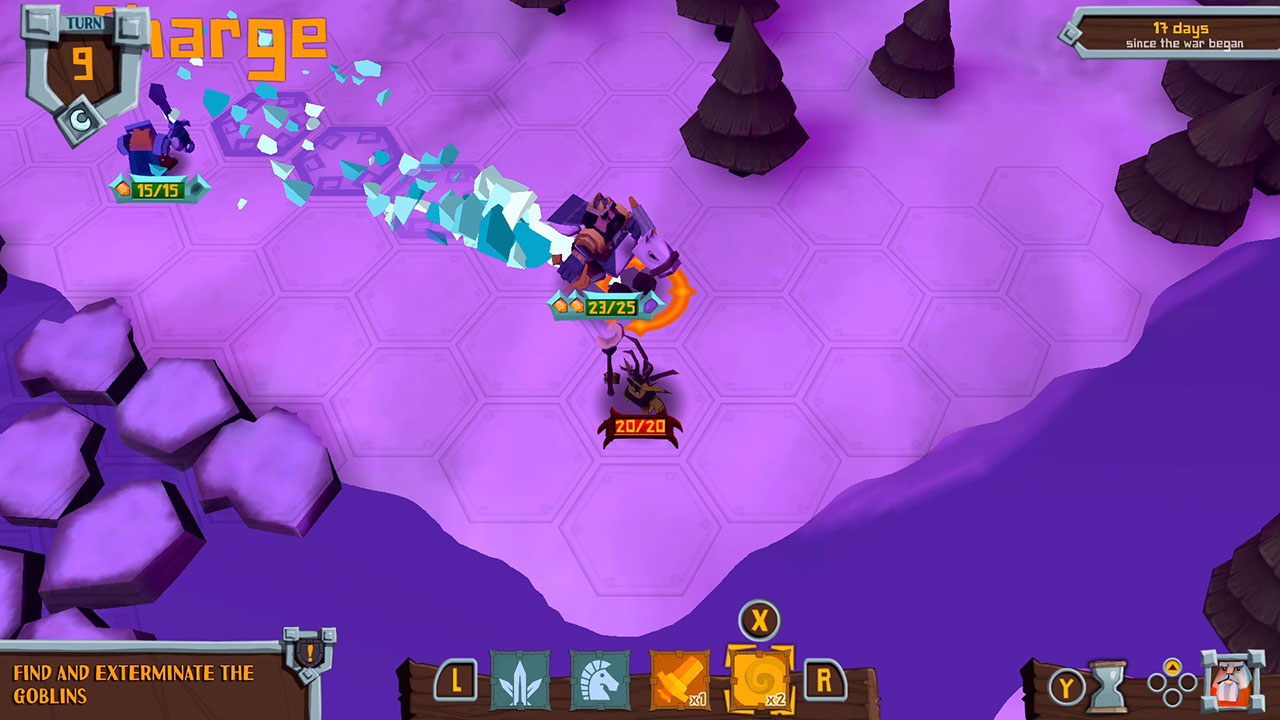 Overall though, releasing this close to the end of the year, Farabel is definitely a stealth turned based strategy hit. While not overly long, the elements in place make for quite a difference from your normal bouts of armies and heroes going up against one another.