Remothered: Tormented Fathers is a 3rd person horror, suspenseful and supernatural cat and mouse game where you get to investigate a dark, creepy mansion as classy lady Rosemary Reed, an unconventional, flawed protagonist, in search of a missing girl named Celeste. You will scour a mysterious manor solving puzzles with clues provided by chilling riddles.

The game opens to an enigmatic backstory with a decently designed cutscene. You don’t know the characters yet, but it does a decent job at creating a mystic, tragic setting. All along the game, you will be able to enjoy clean, crisp cutscenes and animations, worthy of many big cinematic titles.

Shortly after the opening, you meet our protagonist, Rosemary. She seems intricately woven; a not-so-girly, strong-willed and confident woman, bearing a dark past and secret, hidden deep down. She conveys a stubbornness and a bit of bitterness as she nonchalantly proceeds to question and investigate her surroundings and the unsettling characters inhabiting it. 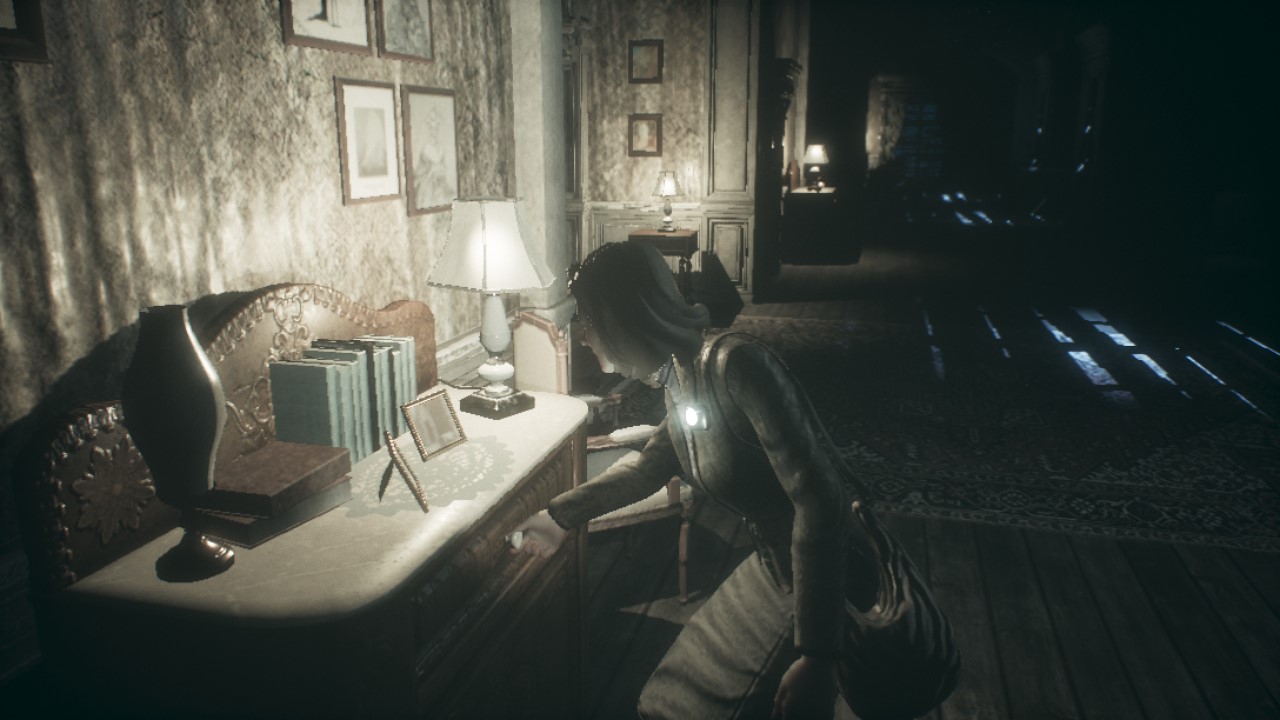 Unfortunately, as soon as the cutscenes end, the world opens on unnaturally muddy graphics. Everything seems to be made of different shades of gray and beige. Rosemary’s clothes seem to be painted on her, and not in an attractive way. Her skirt even glitches as she walks, sometimes disappearing between leg movements.

Her heavy breathing also loops aggressively as soon as you start running. I can imagine that running in a pencil skirt and heels is a demanding feat, but the audio just loops continuously until you come to a complete stop and it completes the audio track.

That forceful gasping for air was humorous at first, but it quickly grew to be annoying and even a bit unnerving and I found myself walking about the manor at it’s surroundings simply because I didn’t want Rosemary to empty her small, invisible stamina bar and start taking intense, almost lewd, loud breaths.

That detail put aside, the game does do a decent job at creating a terrifying atmosphere, making you instantly feel out of place, like the intruder that you truly are in this twisted, macabre and morbid tale.

As soon as the setting is established, you are thrown into the game headfirst. There is very little tutorials and you will need to take the time needed to learn about the menus and items available at your disposition to help you survive. It is to be noted that all item menus are interacted with in real time, adding to the feeling of anxiety of being watched, or even worst: caught.

I do suggest taking the first two chapters to familiarize yourself with the basics of the game. Learn about the environment before the chase, and the game, truly begins. Acquaint yourself with the defense and distraction items options, the various hiding spots, the layout of the manor, your menus, clues and “quests”/ goals screen, as well as the controls and the location of your healing/save points. You want to know about all of these before you are thrown into the thick of the action and you are being hunted. 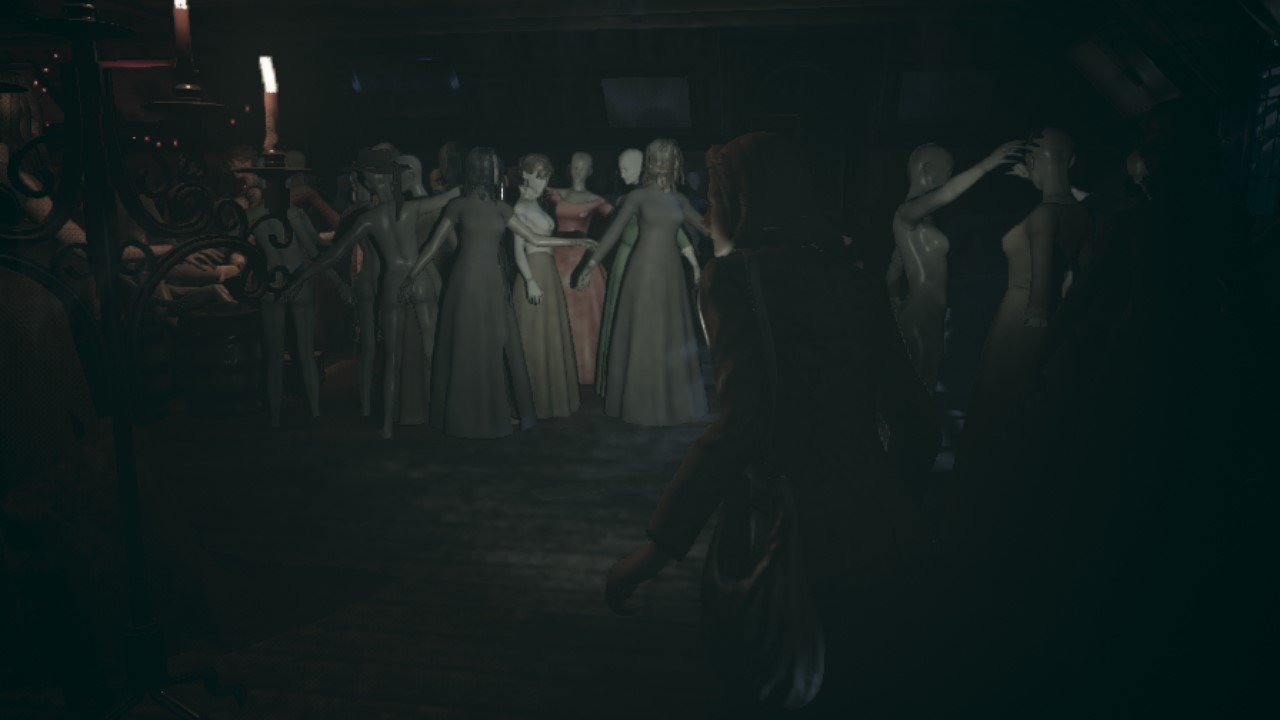 Rosemary truly is trapped in this huge prison that is the mansion and the game does a beautiful job at making you feel like you are caught in the thick of in it.

A good pair of headphones is also a must to play this game, as your best way to know where your assailant is currently lurking is through audio and music cues. Louder, tense music will indicate that your hunter is nearby, and softer audio usually indicates that you are relatively safe. For the moment.

Without them, you will surely fall prey to the monstrous prowlers of the manor and end up having to reload your game from one of the scarce saving spots, resulting in increasing frustration as you keep heading down the same path over and over again.

The game itself is quite short and sweet; it took me about 7 hours to complete, whilst I took the time to acquaint myself with the controls, the options and the layout of the creepy manor itself. Although short, it makes for quite the thrill ride, and manages to surprise and feel fresh all through it, mixing fantasy monsters and undead with a more realistic, intriguing and investigation approach.

Multiple different characters and antagonists make an appearance, and honestly most of them felt original and refreshing. I quite enjoyed finding myself facing new threats and new puzzles as I tried to uncover the secrets of a mysterious disease and a cursed family. 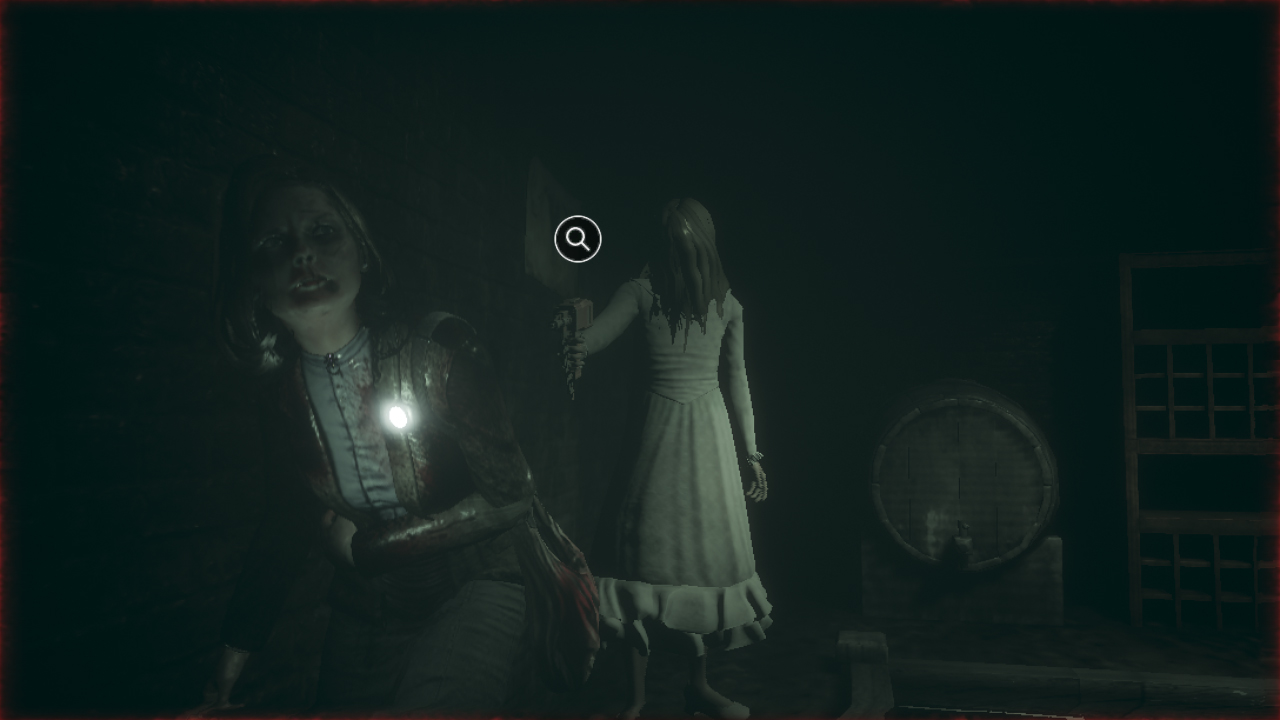 Looking into different console reviews, it seems obvious that the port to the Switch unfortunately did the game a disservice. I personally would’ve preferred to give it a try on another console or on PC, now knowing how less muddy the game looked, and how much smoother it ran on other platforms!

I would’ve personally also preferred if the game was a little gorier. It does feel like a missed slasher opportunity at times, especially in the death animations where it simply isn’t dramatic enough to scare you into doing better.

I would rate this game a 6 out of 10 mainly for the reasons that as much as the game does a fairly good job at creating intriguing and fascinating characters and settings, it feels brought down and tarnished by the fact that it is on the Switch console. Muddied graphics, clunky animations and awkward control mechanisms put a stain on the overall experience of what could be a great puzzle and pure horror experience.

Although it doesn’t have much replay value, I would definitely love to try it on another platform to live what I think would’ve been the true Remothered Experience.