Landing in my inbox basically right before the holidays, Crumbling World is an Action Adventure RPG that quite believes in killing you off at what is basically the end of the world. Equipped with a sword, shield and physical prowess, you’ll have your work cut out for you as you fight your way through groups of enemies and try not to fall off the map.

The world that anyone knew is now long gone. With monsters having emerged and most of humanity turning its back on those that keep holding onto what is left. While it’s not exactly a unique apocalyptic tale, it’s one that leaves itself fairly open to do things as by stating monsters emerged, anything is possible! 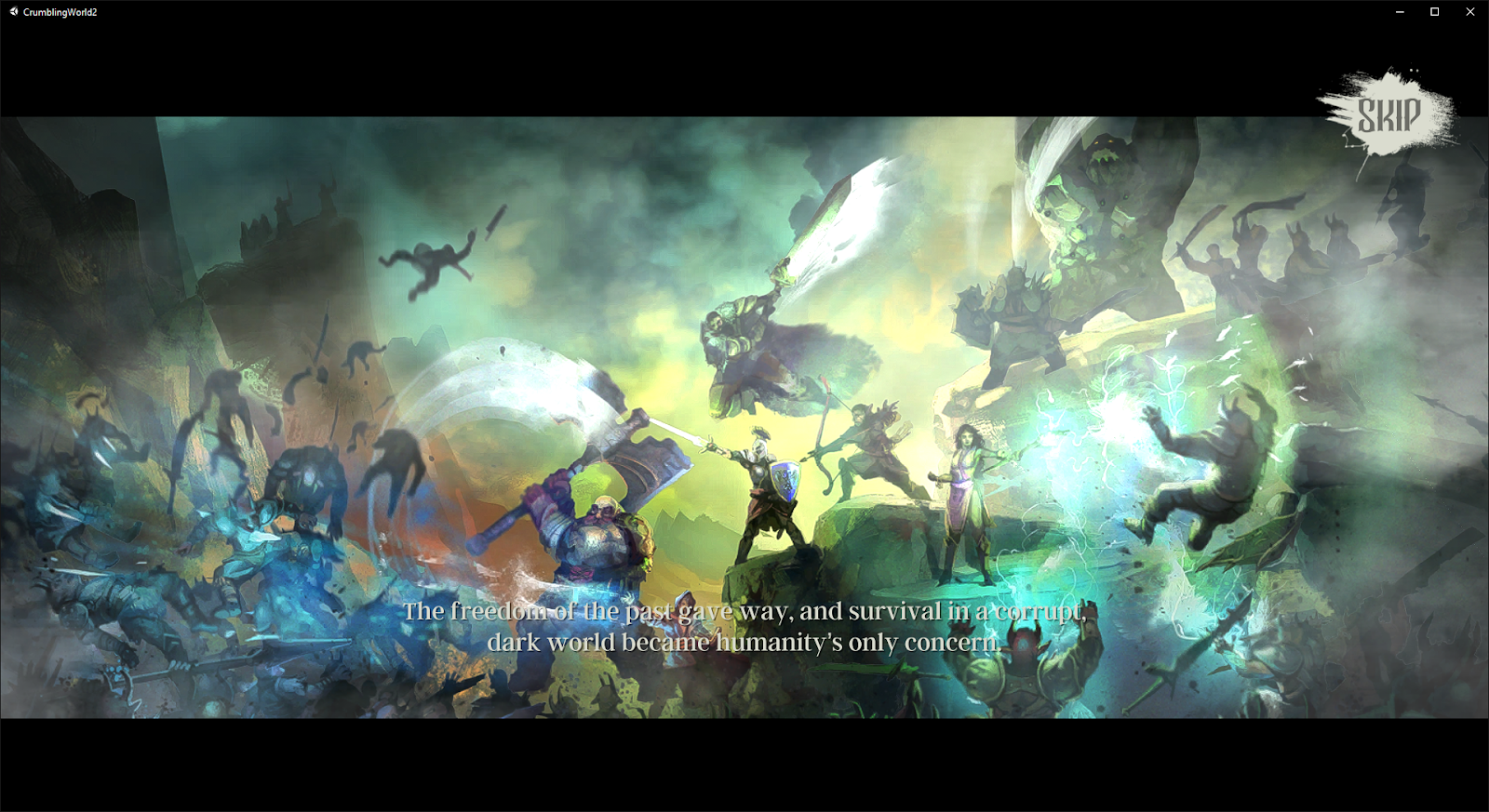 This is really where Crumbling World will sink or swim. As it stands now, the elements are all there to make a good action RPG but things need to be slowed down a bit as while you are by yourself, you often only get the choice to attack and take damage, or block and see your stamina bar drain. What is interesting is that once your stamina is out, you can still block but then you can’t attack at all because you have no stamina to do so. Dodging on the other hand can only be done while your shield is up but even then it doesn’t feel like it helped much as it was honestly better to back up and attack until your enemies were dead and then go heal.

Opening on a haunting note, the instrumental music is in tune with the dark and the gloom of the story. What I do wish was in the Crumbling World though was more than one track as while the music worked perfectly for the opening and the quieter parts of exploration, I would have liked to have something a bit different when in combat. What really, and I mean really, enjoyed, was that you can fall off the ledges in the Crumbling World. Generally there are invisible walls to keep you on the map but in this case? You can fall off, the enemy can fall off, and when you have to actually jump over pitfalls as there are breaks in the world? It leads to some interesting fun.

There is a lot of room to expand in the Crumbling World and it could definitely be a contender down the line for a game of the year list in the indie category if done right. Currently only in Alpha and free to try, I would recommend taking this Crumbling World out for a spin!