I’ll preface this by saying – I’m no fanboy. I saw on another site, Digitally Downloaded, where a few commenters jumped on an author or two about their opinions about the various E3 presentations. If I’m a fanboy, it’s of certain companies, video games in general – but I’ve owned just about every NES to date, every PS to date and the 360 was my first of the current gen consoles. I enjoy portable systems and PC gaming.

But, as video games are by their nature a very competitive pass time, it’s only natural for people who have a particular system feel a sort of ownership and loyalty to that/those systems. So, E3 is a celebration of our beloved hobby, but inevitably people want to weigh the biggest presenters against one another.

I felt Sony gave the best presentation overall. They had a ton to prove given their recent security debacle, but I thought they gave a pretty good presentation. There were not a lot of big ‘new’ game reveals by any of the companies, though there were exceptions like Halo 4, Luigi’s Mansion 2 and so on. The Move got a lot of air time, and that was to be expected, but it did not feel like it was taking over the presentation. The Vita however, was a huge hit for me. They showed some great demos of games in action, like the Mod Nation Racers track building feature. They had a good list of games and features and really touted the connected game space effectively. That they came in with such a polished-looking product and a price tag (and at $249, a very effective price tag) only helped.

Nintendo was a close 2nd for me. I felt Nintendo and Sony both had fairly balanced presentations. They both showed off new hardware – the Wii U looks potentially awesome (though I liked that things like price points were addressed by Sony where Nintendo’s simply said they doubt it will be at the $250 entry point). They both backed up current but fresh hardware – the Move for Sony and the 3DS for Nintendo. I actually thought the 3DS had a better showing here. There were not many surprises, but there were a couple and it all looked good and polished. Nintendo however, struck out with me on two points. 1) They had a great lead in with Zelda’s 25th anniversary, but it felt rather weak when it was said and done. 2) Almost no mention of their current platform – you had Skyward sword in their presentation, and that was it. In other sessions some games got mentioned, but it felt a bit like the Wii was getting neglected

Microsoft whimpered a bit. The initial titles they showed off were not exclusives. Because they had no new hardware to show off, Microsoft played up Kinect a lot. Not necessarily a bad move – the Kinect has sold well but people have been saying that they want more titles. Problem is, most of what they showed underwhelmed and a lot of early adopters have been vocal in their concern on various forums and blogs. There were a few exclusive titles that looked good like Gears 3, and the Halo 4 trailer tucked into the end brought a smile to my face, but it was my least favorite of the 3 presentations.

Anyway, those are my basic comparative thoughts on it – I’d be curious to hear if you agree or disagree. On that note, I got a nice new Cyborg V.5 keyboard for my CPU my dad got me for my birthday as I finish up a few more games and have a bunch of reviews coming soon – including some scheduled for next week while I’m camping up. Take care! 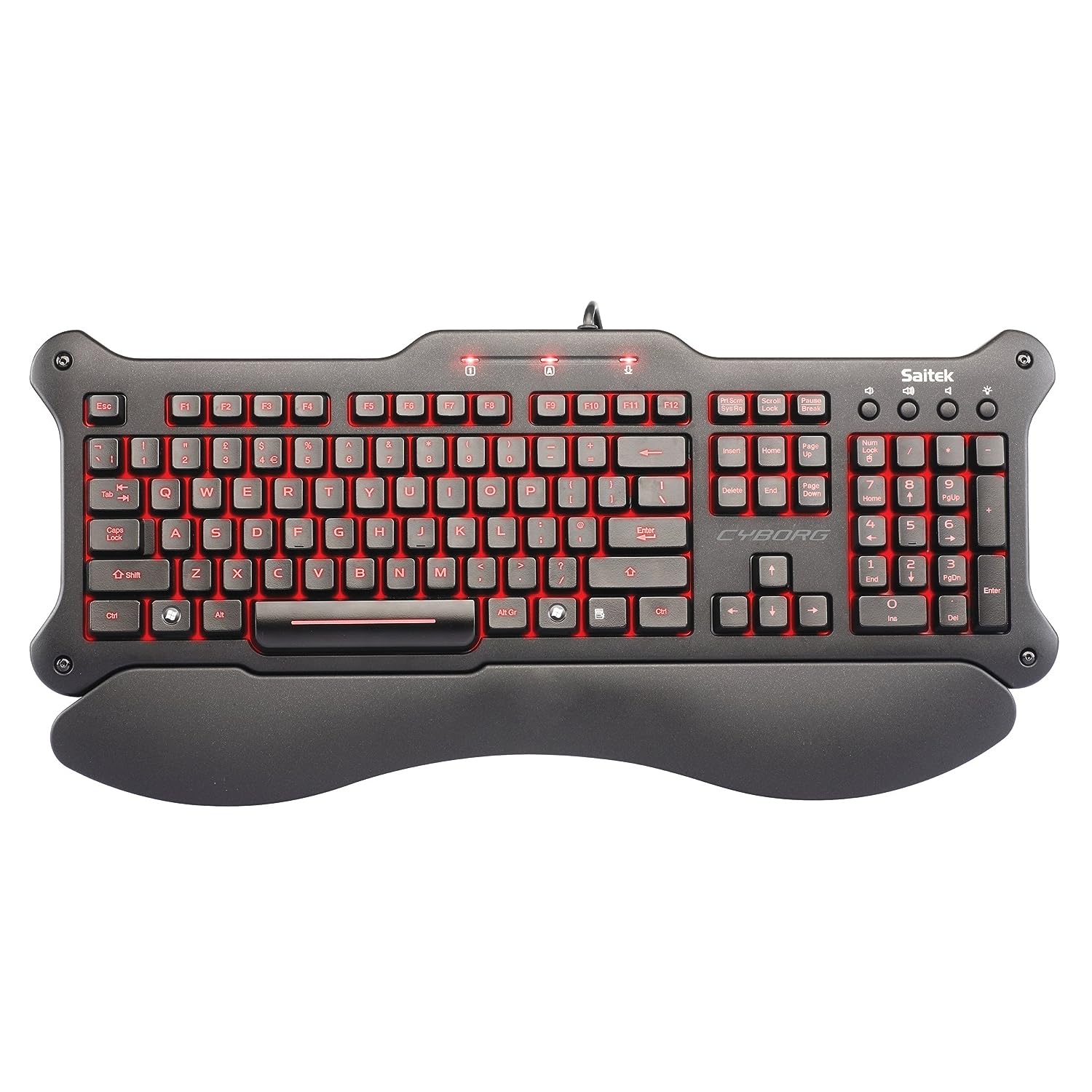