Still, Final Fantasy XIII was one of the more divisive video game titles in recent history.  It was linear, the combat was very different (some would say dumbed-down) and the story a bit difficult to grasp on to.  So is Final Fantasy XIII-2 different enough to make people happy?  Yes and no – but it depends on your expectations going in I think.  The battle system in XIII was better than a lot of people gave it credit for in my opinion, and that has been retained for this sequel.  The world has been opened up quite a bit as well, though Square Enix may have taken non-linear a bit too far with their time-traveling storyline. 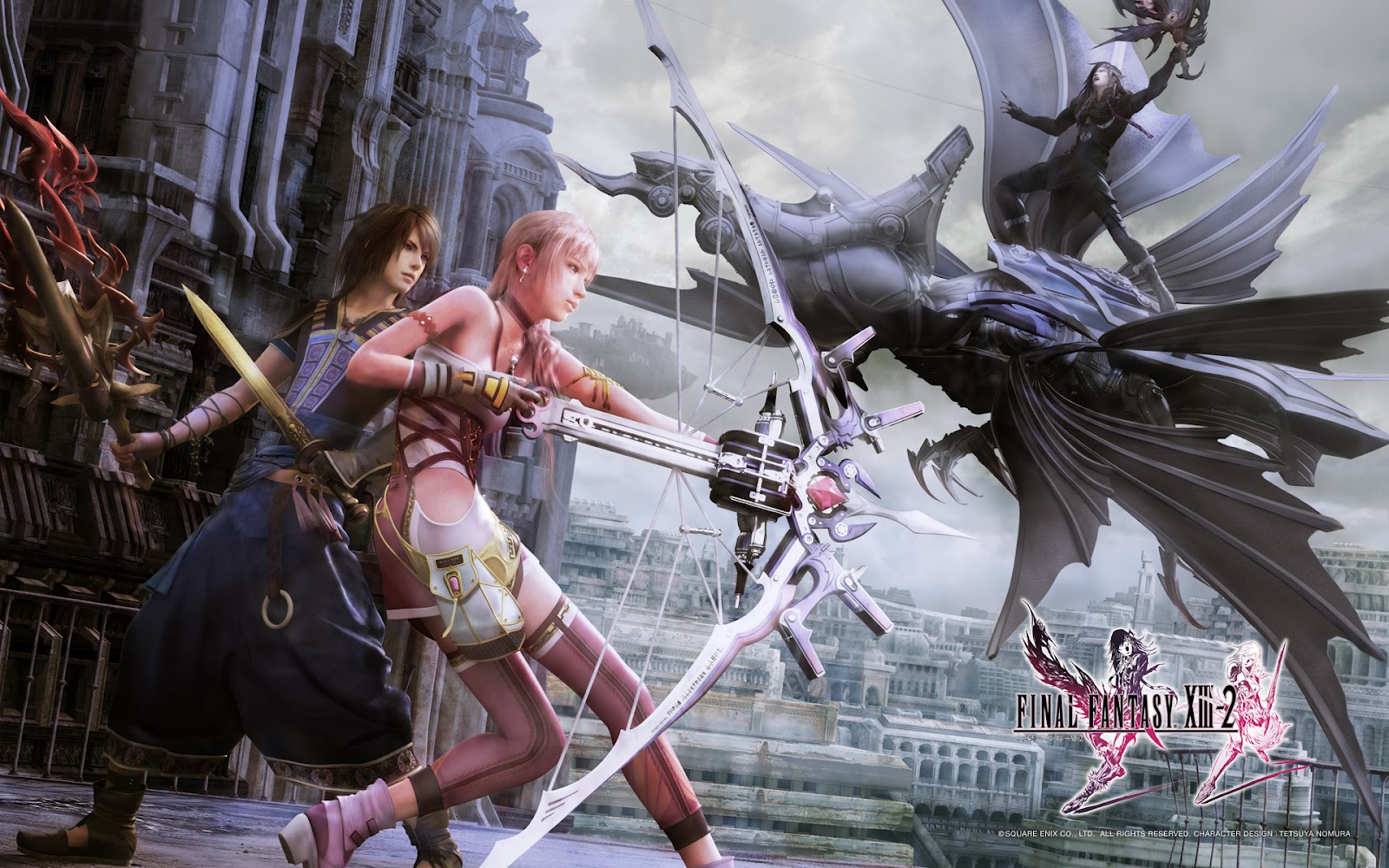 There is a lot to like here.  I have always been a big fan of the rendered cinematics used in Final Fantasy games, and Square Enix does them as well as anyone in the business.  That said, it seems like they were far less common than in the last couple of single player Final Fantasy titles, including XIII.  Now many of the cutscenes are handled using the character models and gaming engine (which is okay since the world is bright and colorful and character models are detailed and attractive).  The use of color is great more often than not, some of the worlds vibrant and filled with life and animation.  Mind you, this game looks a lot like Final Fantasy XIII overall, which is a good thing, though the engine was more impressive earlier in this gaming generation’s life cycle. 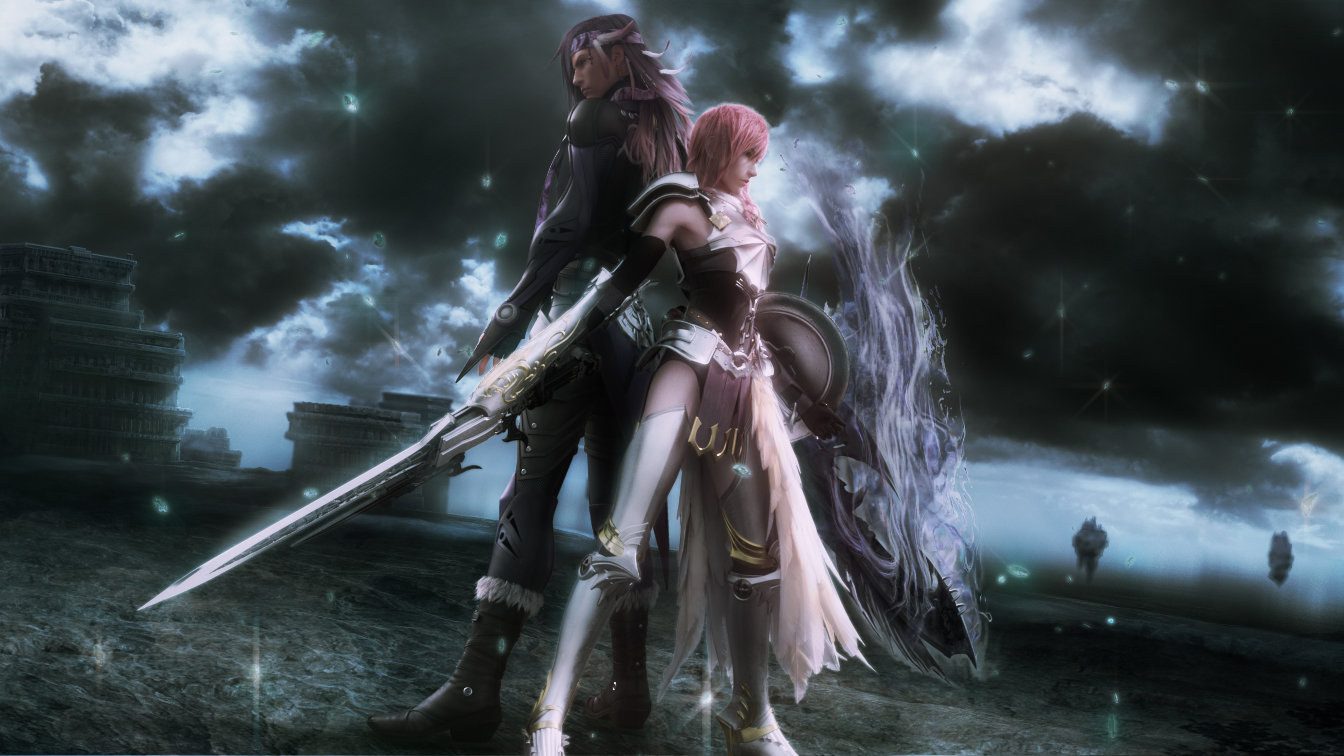 The voice actors do an excellent job in this game.  I remember in Final Fantasy XIII how some people disliked some of the major character’s voices (Fang and Vanille in particular were picked on for their accents, which I never understood since they came from a different world and culture than the rest of the protagonists, so it stands to reason that they would have different accents), but here the vast majority of the spoken dialog comes from Noel and Serah.  Both are handled very well, and many of the prior characters make their return as well. 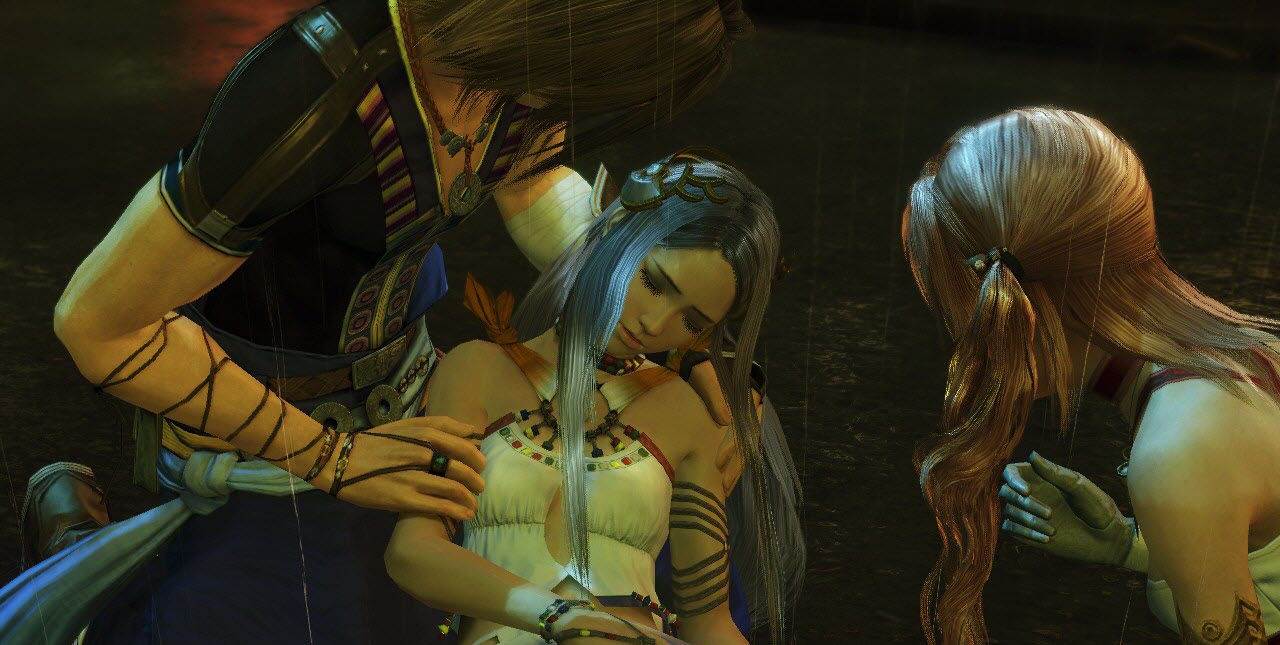 Music was not as strong in my opinion.  The style of the music felt very different in this game.  Maybe it was the mix of more modern music with fantasy fare, or the number of songs that actually included lyrics instead of just instrumentals, but this soundtrack just felt different to me.  Probably the most glaring for me was the rock music played when you mounted a wild chocobo.  For some reason that particular tune just never gelled with me.  That said, there were a few very nice songs that had a light, airy tone to them when I was wandering the landscapes, and they helped even out the score for me. 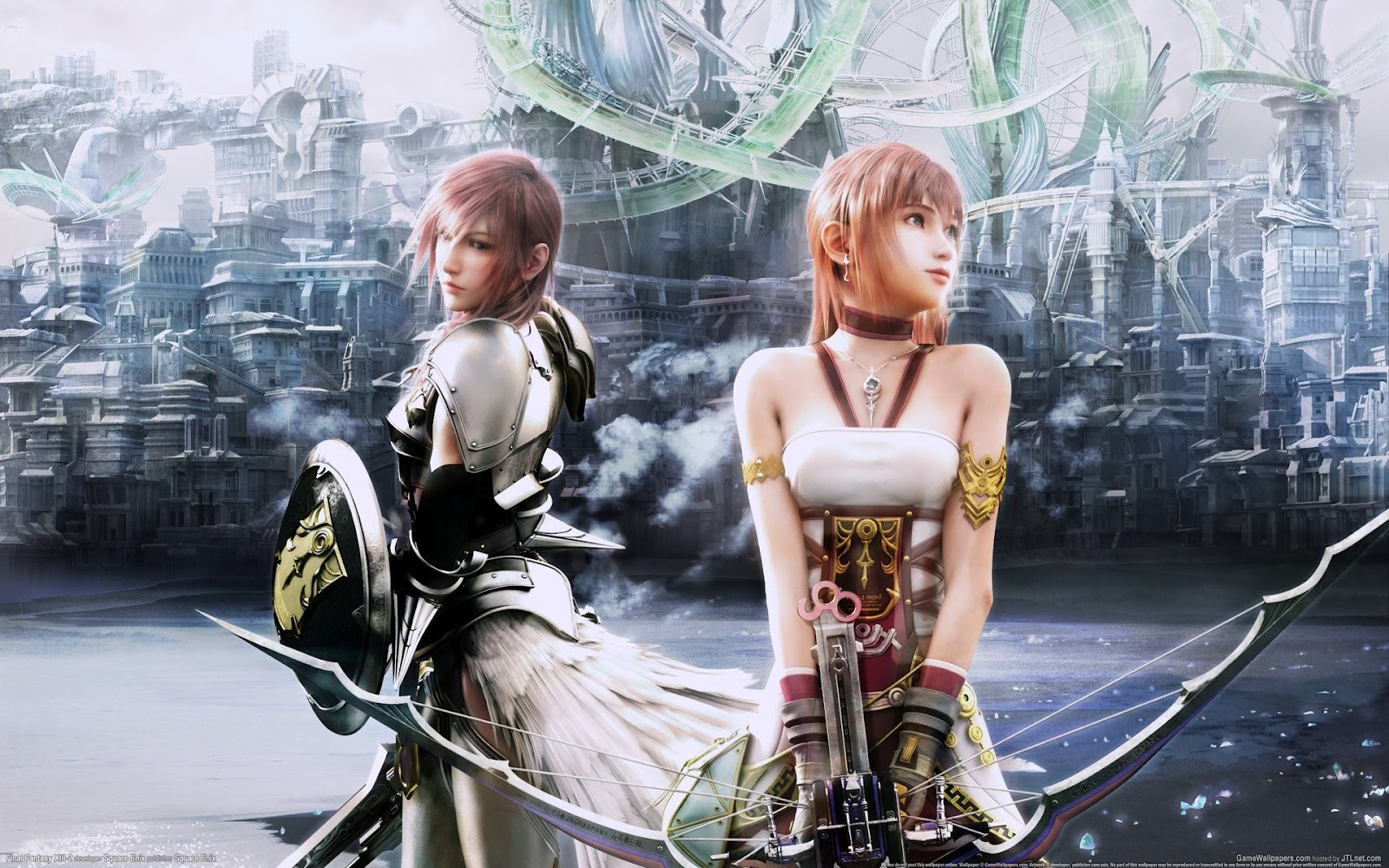 The menu looks clean, and it is pretty easy to get around in.  There were a few mechanics I did not immediately catch on to, like the equipment points or the clock puzzle, but overall it was easy to move around and interact with the environment.  Combat is largely unchanged from Final Fantasy XIII, and to my mind that is a good thing.  I would not want to see this same system show up in say, Final Fantasy XV, but there is a comfortable sense of familiarity with using the same combat as from XIII.

Navigating the timeline was easy enough to do and felt like a different spin on the fast travel popularized in titles like Fallout or Skyrim.  The ability to save anywhere, or jump from one time into another, and then right back to that physical location in the prior time again was a nice time saver in my opinion. 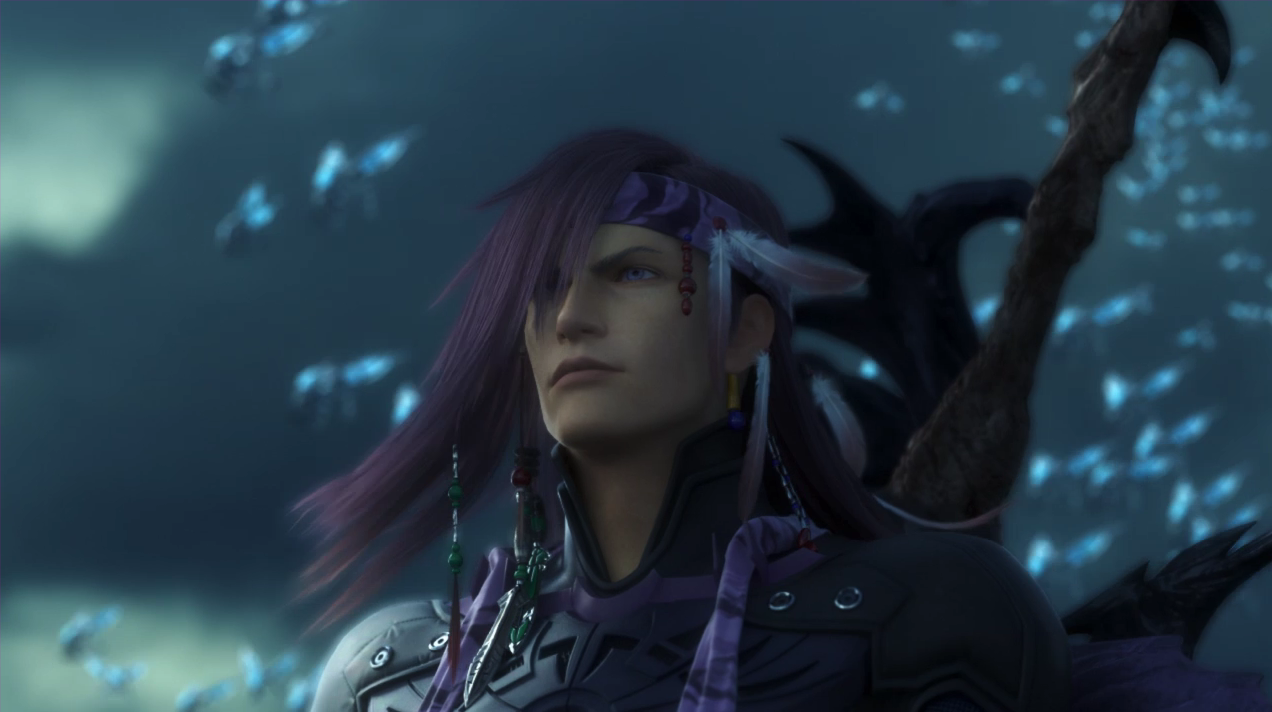 One major complaint I had in my experience was the slow option/menu times I encountered.  What I mean by that, is when a menu option popped up (do you want to save, choosing from a list of chocobo racing options, do you wish to return to the Historia Crux, etc), there was often a long delay in the responsiveness of my cursor.  Maybe it was just my copy of the game, which was bought new – it was not the system since I tried and encountered this problem on two different PlayStation 3 consoles, that were also different generations of hardware.  Sometimes the pause was as little as a second, sometimes it was over a minute.  It was almost like the game was trying to pre-load content for my potential choices or something, but it was annoying all the same because it would happen over and over in every session.  I tried to look up the problem online, and saw quite a few articles talking about how the game had problems freezing or even starting up when it first released, but I never encountered anything like that – my issues were strictly confined to menu options. 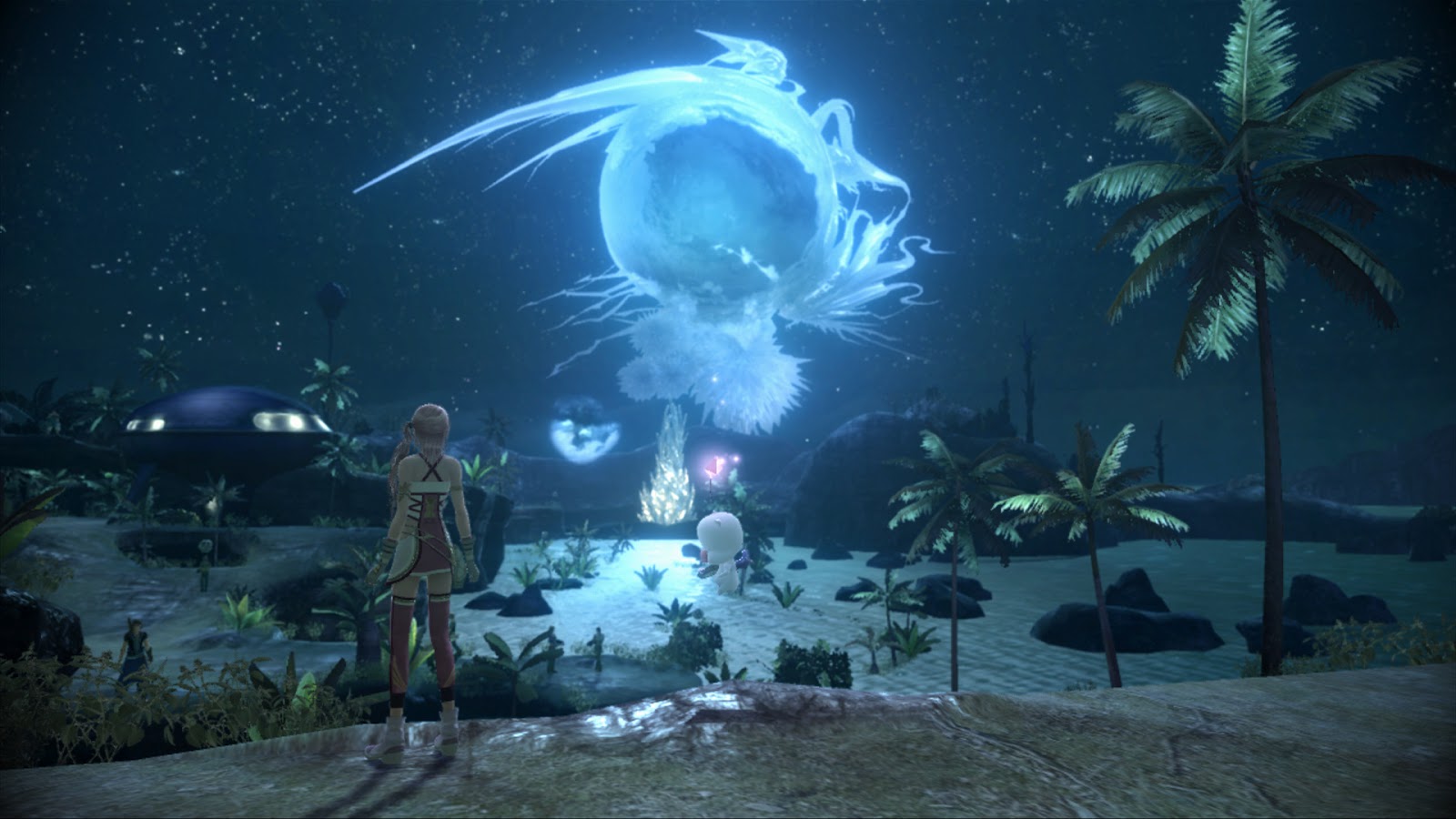 The story is a bit… convoluted I guess.  It is always a risk when you employ time travel as a primary storytelling mechanic.  Chicken before the egg paradoxes abound, leading to a story that had some good underlying plot points that get lost amidst everything else.  Lightning was a favorite of mine from Final Fantasy XIII, so I was disappointed in her limited role (though I did buy the DLC, fought her a half dozen times or so, ‘captured’ the ‘shell of her’ and added her to my roster on principle), and neither Serah or Noel replaced her in my mind, but the two lead characters were also less annoying to me than the antics of Snow or whining of Hope from the last game.

At first I disliked the fact that I was ‘stuck’ using two specific protagonists throughout the storyline.  Final Fantasy titles often give you a large pool of characters to construct your ideal party from, but here you are using Noel and Serah just about the entire time.  The third slot is reserved for a monster, and I found myself warming up to this mechanic after awhile.  Most creatures give you a small chance to collect them once you beat them in combat.  These creatures can be renamed (to a new name from a pre-rendered list of possibilities), given adornments (decorative items), merged with other creatures (which can enhance abilities on whichever one you feed the unlucky monster to) and can level up through an item-based system.

I actually liked Caius as a villain and there were some very nice moments in the story where you become invested in the characters, if not the overall journey they are on.  That said, the ending was a complete let-down.  People who whine about the ending of Mass Effect 3 have nothing on this this game’s finale.  I won’t go into details here, but it sets up for a sequel – which I hate with movies and games alike.  Leave some room for a sequel, sure – but don’t drop the story dead and make your fans wait/hope for a sequel to wrap things up.  Games should have self-contained stories, in my opinion, so that ticked me off a bit. 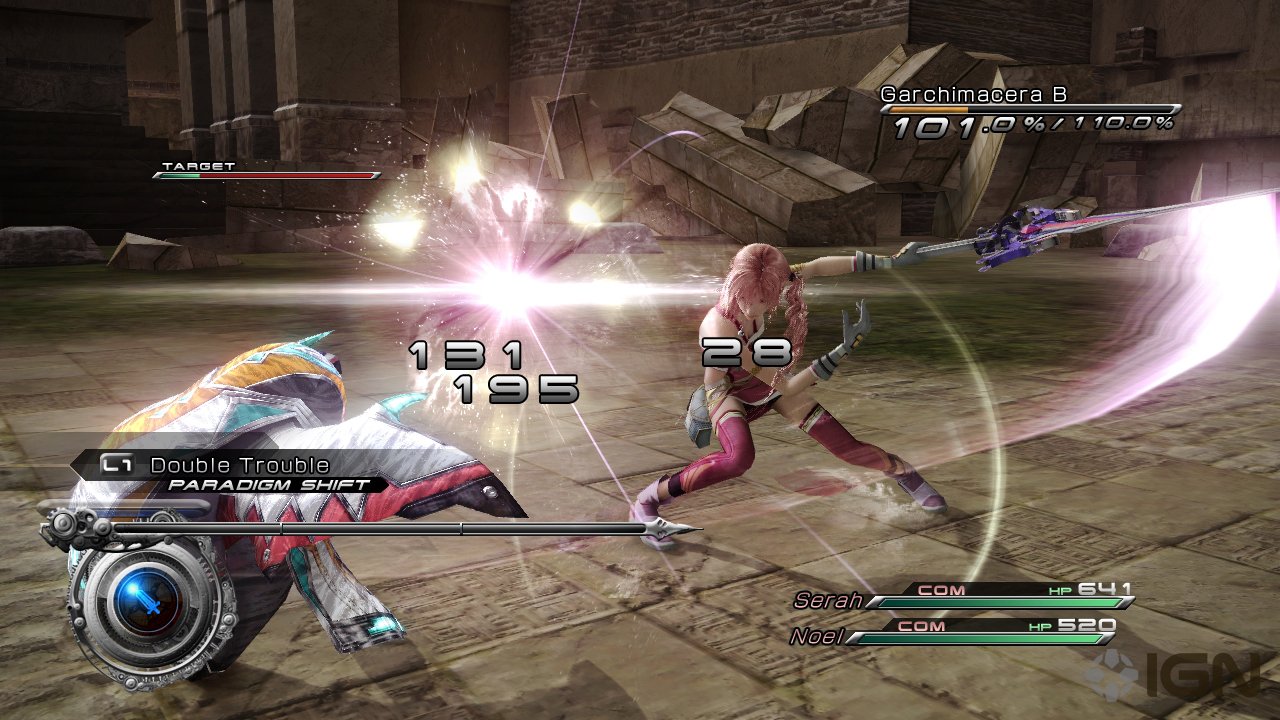 Probably the largest complaint stemming from Final Fantasy XIII was that the game was very linear.  The stories in all Final Fantasy games are very scripted, but the world exploration is usually quite wide open.  In Final Fantasy XIII neither was open.  In Final Fantasy XIII-2, the world is more open than is predecessor, though perhaps not quite as much as in prior games from the series.  Still, it felt just about right to me, because I never felt like I was wandering around completely aimlessly either.  One small annoyance I had was in reading that Final Fantasy XIII-2 would have different endings.  This gave me hope that I would maybe have some actual choices to make that might impact the storyline, but that was not the case.  There are some interactive cinematics during boss fights, and occasionally questions pop up you can answer in one of four ways, but none of it really affects the story proper.  These multiple endings are ‘paradox endings’ – sort of ‘what ifs’ based on a single key moment in the story, and only accessible after you beat the primary storyline.  Some were actually kind of interesting, but not what I expected from multiple endings either.

There is a lot of extra content as well – including a secret ending (which really just adds to my complaint above, instead of addressing it), tons of trophies to collect even after the credits roll (this actually became my first PlayStation 3 game that I collected a Platinum trophy on), lots of small secrets to be found and even unlockable themes for your PlayStation 3.  In total I spent about 70 hours beating this game, which is a bit less than I spent on Final Fantasy XIII without getting anywhere near all the achievements in that game.  I think I beat the main storyline in about 37 hours, so it can be made quite short, but for completionists there is plenty to go back to. 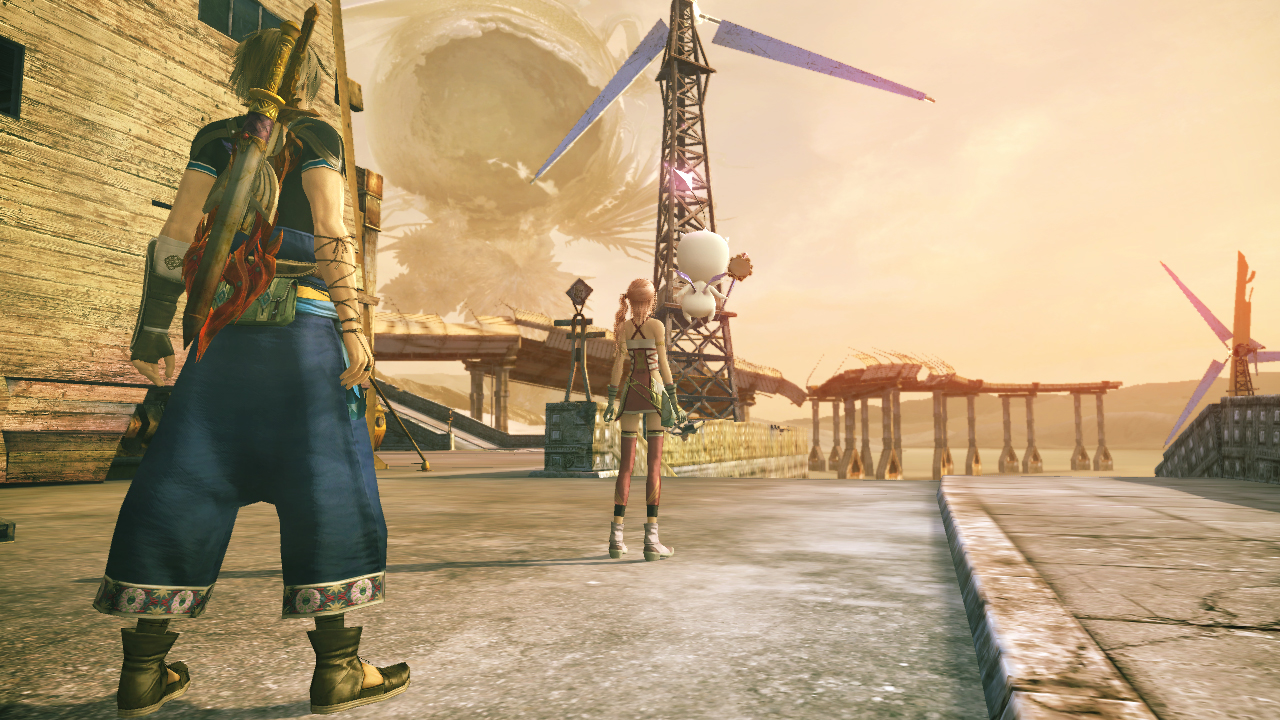 This score works out to be the same as my initial review on Final Fantasy XIII, but some time has passed and my expectations have changed.  In truth they are a bit higher.  Overall I feel like Final Fantasy XIII-2 is a better game than its predecessor.  After XIII came out, a lot of fans said that Square Enix had completely lost touch with their customers.  I felt that was a harsh assessment, but I also see XIII-2 as a response to that criticism.  Square Enix did not hit every mark they aimed for, but it is clear they heard their customers and attempted to address some of their concerns.  I may not be happy that the storyline’s conclusion rests in yet another sequel on principle, but I am looking forward to playing it when it comes out. 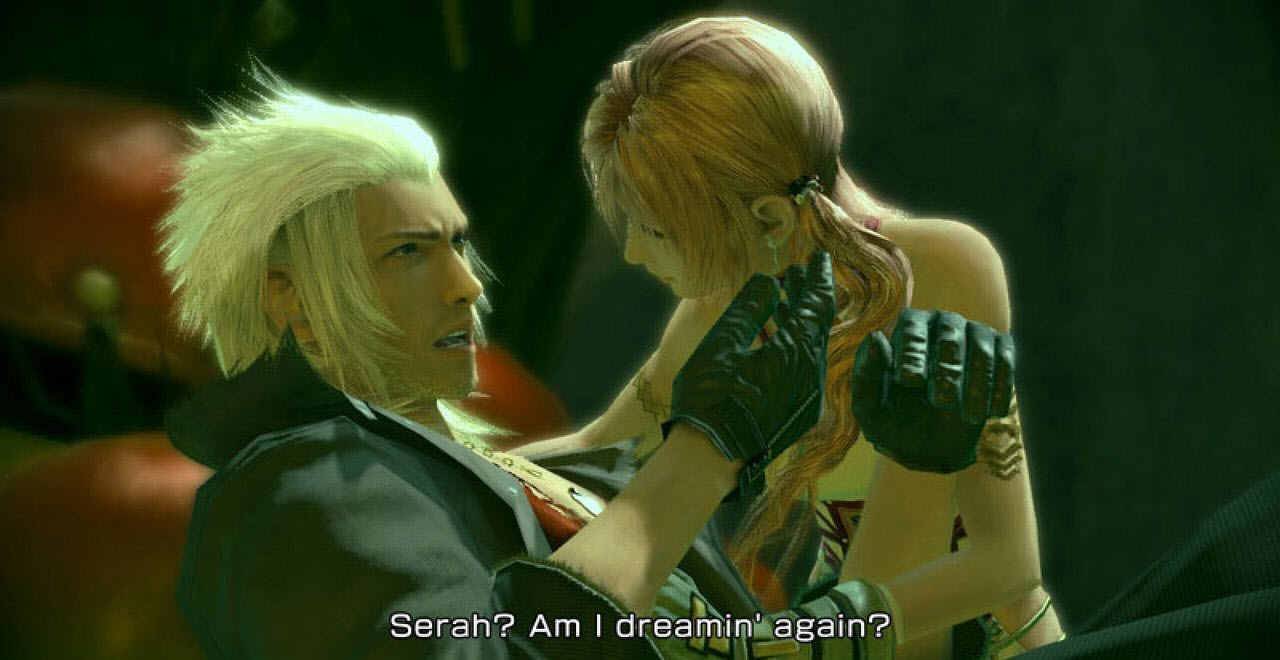