Heroes of Might and Magic is a series I am familiar with, but not experience with.  I know that it is generally a strategy series involving magic and monsters of fantasy lore.  This game has little resemblance to those titles based on what I know of them, with a story line that as best as I can tell is completely independent of that series as well. 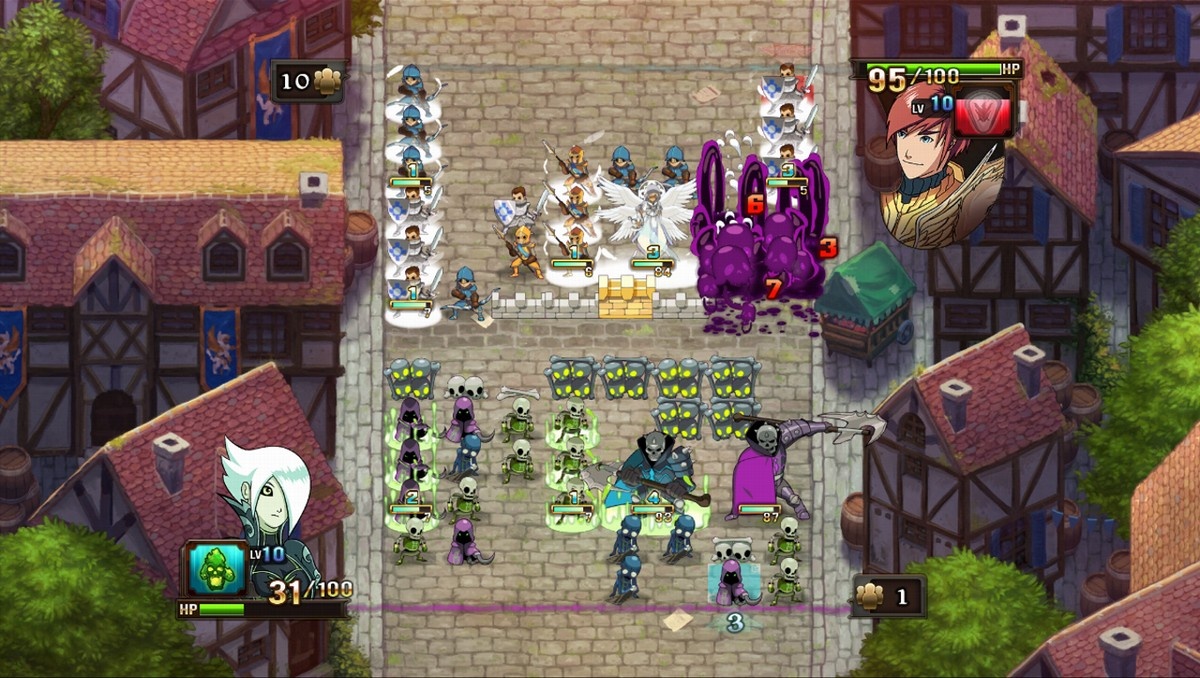 I have reviewed some puzzle games lately and given them the lighter treatment, but I spent at least thirty hours playing this game and really, really enjoyed it so I thought I would delve into a bit more detail here.  In case the first sentence of this paragraph did not give it away, this is actually a puzzle title that uses the match three gameplay, but in a very different way than I have seen in other games.  You create stacks of units, or sometimes create larger, more powerful units, that once they are complete ‘prepare’ for a set number of rounds (the unit types have different qualities like attack, defense and how long they take to charge) before they race from one side of the screen to the other.  Your opponent will be setting up similar forces, either aligning them horizontally to create walls or vertically for the attack formations.

If this sounds complicated, well – it is at first.  My wife is generally a big fan of puzzle games, and she watched me play it on and off for a few days before stating that she still had no idea what I was doing.  Rest assured though, there is a nice gradual learning curve and some good tutorials to walk you through this puzzle/rpg experience. From what I have read, the DS version of this game has a very pixelated appearance to it.  Here, that is not the case.  The graphics have a hand-illustrated quality to them that better resemble a cartoon than a video game.  The colors are vivid and feel right at home in this kind of a game.  Even the actual puzzle action is more entertaining than most other puzzle games I have seen over the years.  Probably my biggest complaint about the graphics is that the colors on some units can be a little bit hard to discern whether you are working with green or blue, and there were times I thought I was matching up colors on my television when in fact I was mismatching. 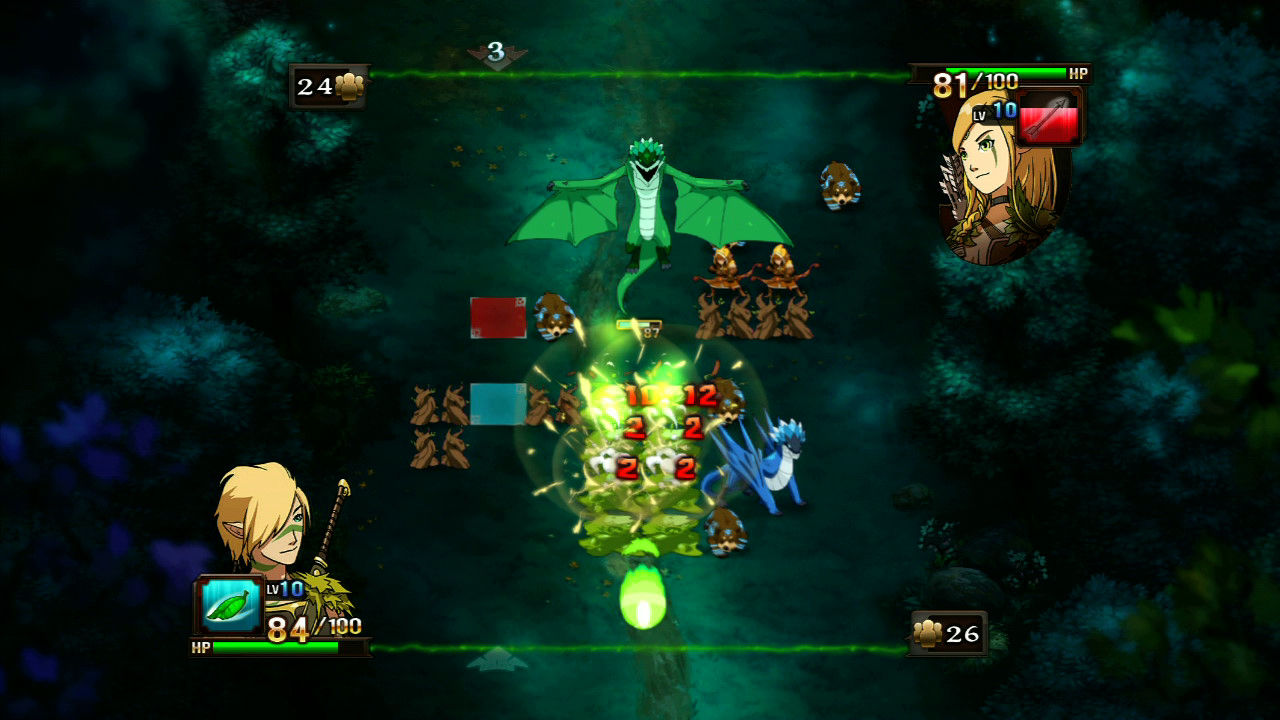 It all ‘fit’ the fantasy/magical theme, but I never felt the urge to go out and download or listen to one of the tunes on the internet either.  The sound effects do their job, but they also lack anything particularly exciting to them.  Probably the weakest part of the game, overall. 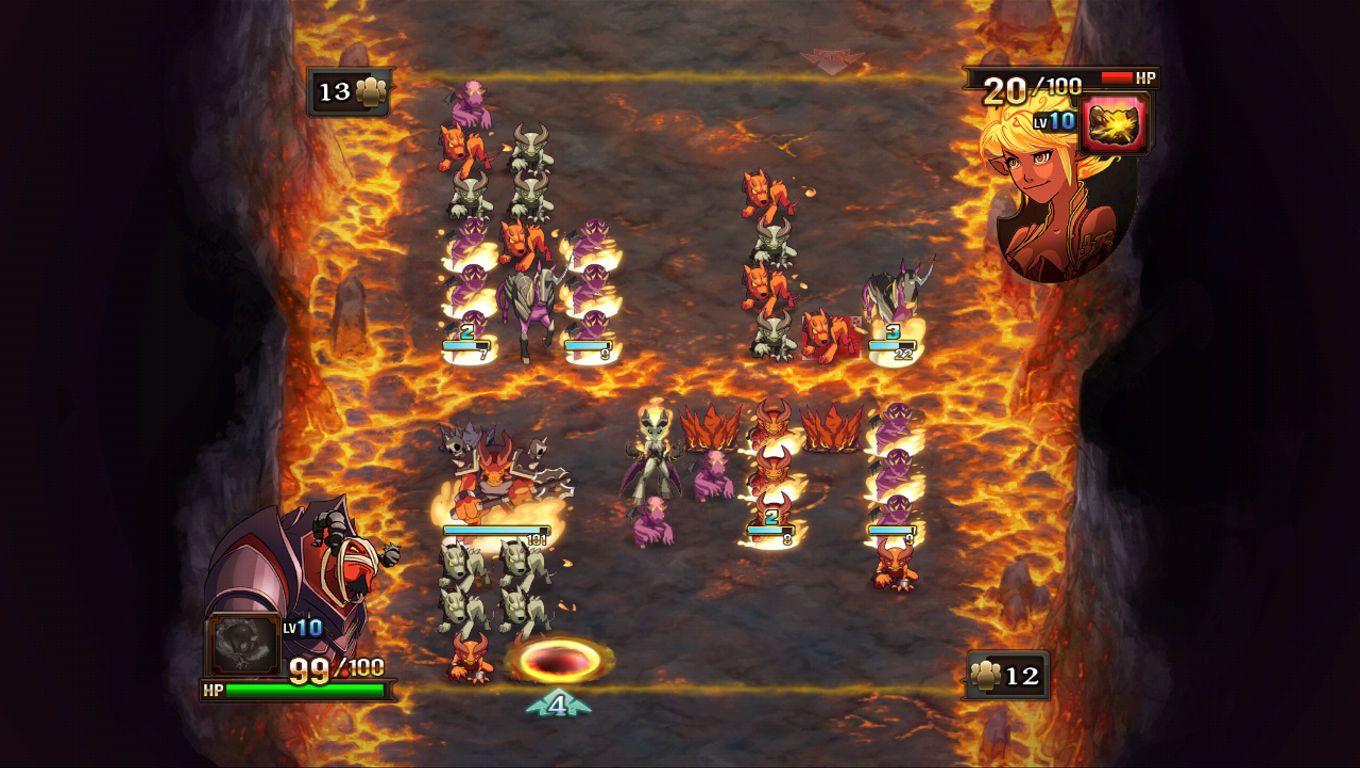 There is actually quite a bit of strategy to how you create your little marching armies, and the puzzle elements are a bit odd at first, but once you figure out what you are doing, they make perfect sense.  Additionally there are RPG elements sprinkled throughout too in the form of experience points, gold, levels, different units to purchase/command, exploration, equipment and more.

There are also mini-challenges springkled throughout, and while none of them are required to finish the game, for a completionist such as me (I got all of the trophies on this game), I simply felt compelled to try and beat them all.  Some were fun, others felt a bit cheap and frustrating.

There is also an online mode, and some purchasable DLC that ties into the online mode (characters who become available to you for use).  I cannot say I was particularly fond of the multiplayer here.  At least not the team multiplayer.  I liked going head-to-head with people, and played quite a few matches that way, but both of my team play experiences ended in quite a bit of confusion over who was supposed to be doing one, and one very angry kid texting me about a page long list of obscenities because I did not quite understand what I was doing (it was my first multiplayer match and there are no tutorials for that particular mode).  Amusingly enough, he rage quit and I still wound up winning the match and getting my trophy for it. 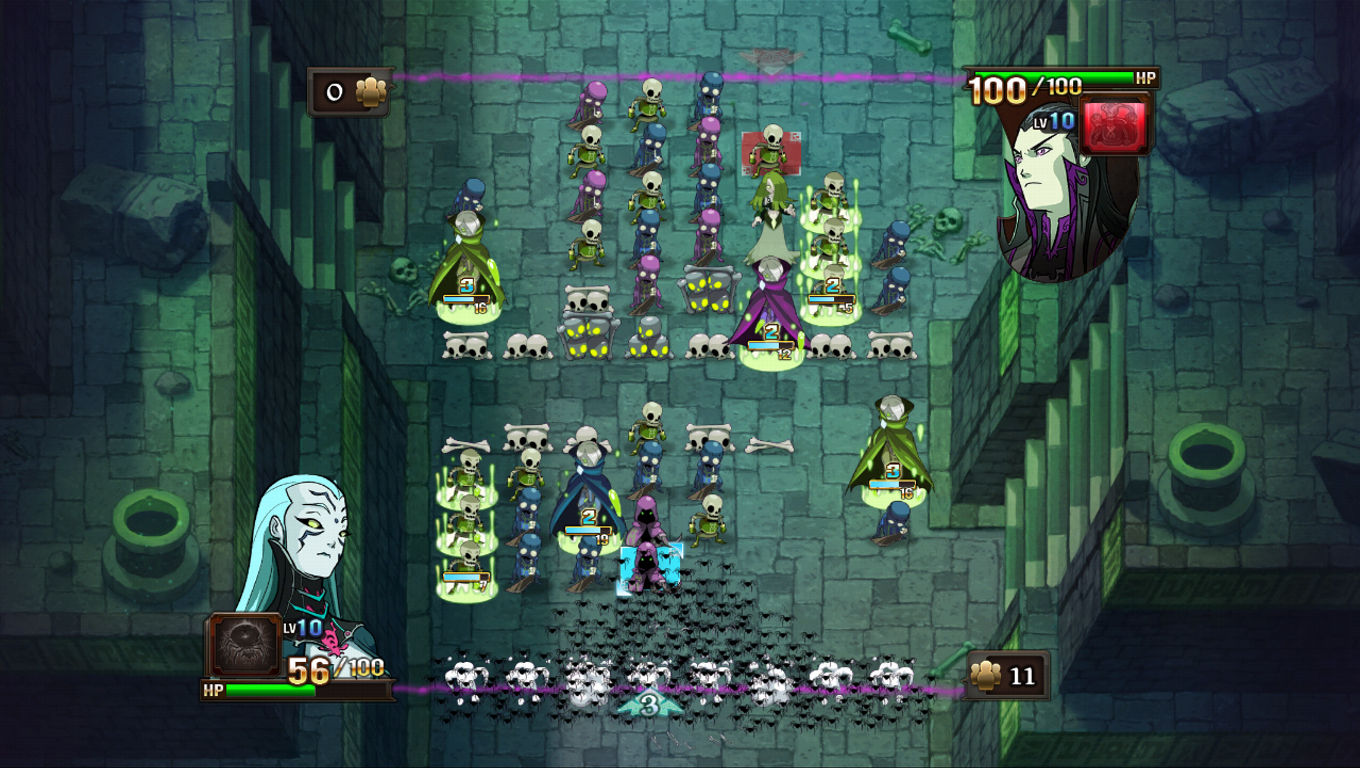 I logged at least thirty hours on the campaign, and quite a few more playing online.  The campaign is actually kept pretty fresh, because they break it up by champters and each chapter involves completely new locales, and also you wind up using a new character for each chapter.  These different characters have different super moves as well as types of units they can use.  This really lends itself well to the multiplayer since you can have some pretty diverse tactics out there. 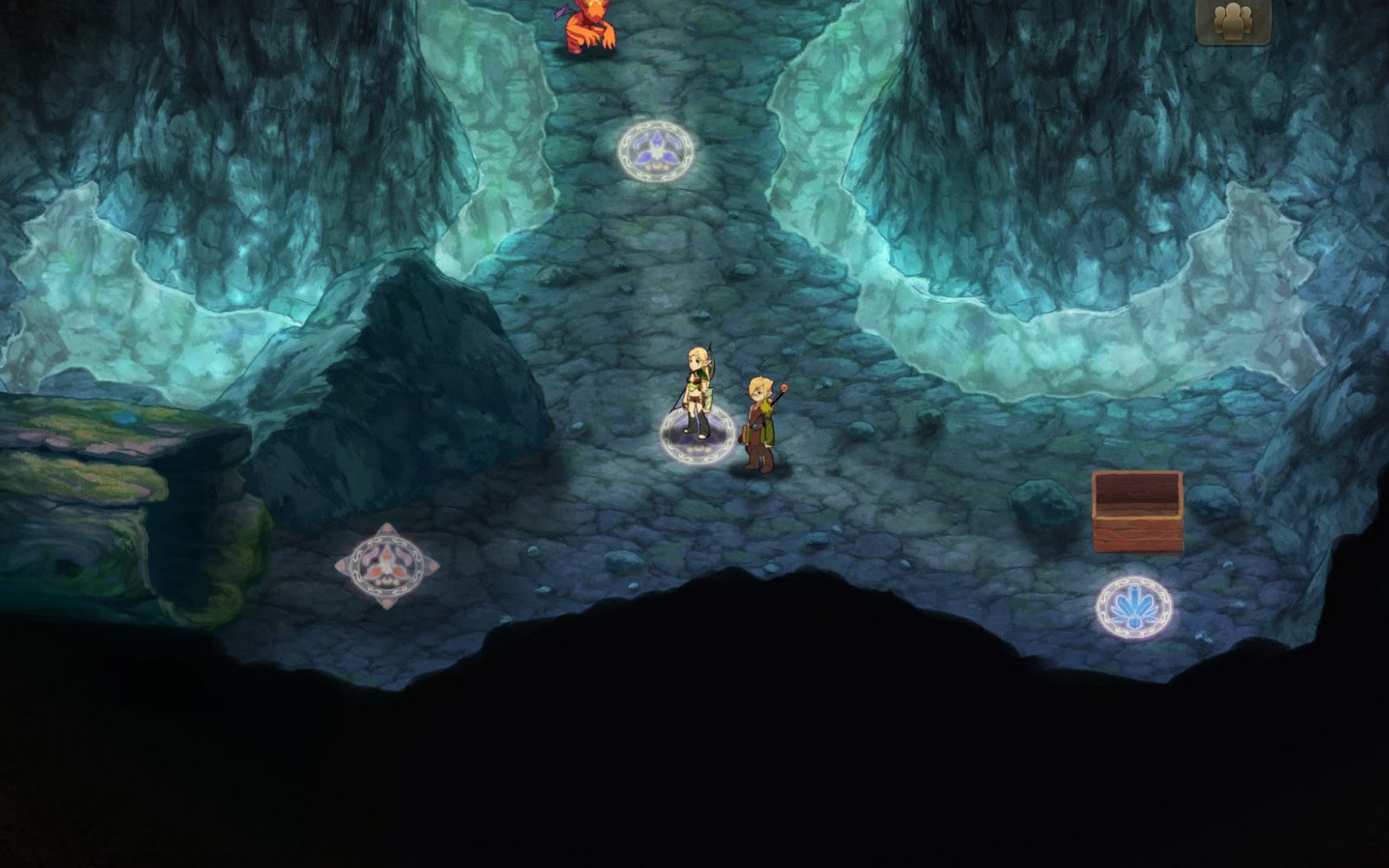 I really did enjoy this game, and have gone back several times since beating it to play some single player here and there.  The storyline is pretty much disposable, but the style of the graphics and sound really fit the swords and sorcery theme.  It really helps that different challenges get sprinkled into the campaign mode as well.  It’s not all just about whittling away an opponent’s life, but there are objectives like hitting specific targets on the other side of the screen with your attack columns within a certain number of turns that keep things feeling fresh longer.