comments Share
You are reading
Thrillville: Off the Rails – Wii Review

Hopefully you all had a nice weekend?  Mine was equal parts fun and not-so-fun.  The not-so-fun is I’ve been fighting a flu-like something-or-other since Saturday afternoon and it’s still kicking my butt as of this morning.  The fun came in the form of going to a nearby amusement park with my kiddos one day this weekend, which seemed like the perfect lead-in for this review.

My family loves theme parks.  Roller coasters in particular are a hit with us.  My oldest, maybe not quite as much, but my wife, two youngest and myself think a weekend at Cedar Point is one of the best experiences ever.  In terms of older theme park games, I played some title on my PlayStation 1 called Theme Park a zillion years ago, and don’t recall a lot about it except my wife was fascinated with it and it served as her entrance into the world of Roller Coaster Tycoon titles.

Thrillville: Off the Rails is one of those titles I have been getting to reviewing lately that is older – a few years old.  As such you can probably find it quite inexpensively now either used, or in bargain bins.  I still think there is value in going over titles like this though, because people may decide to give it a try if they see it on sale somewhere – or maybe the premise interests them and they did not know it was out there in the first place.

This is a simulation/building title.  You manage your park, setting up rides, prices and layouts while trying to meet goals along the way.  Perhaps the biggest twist for me over those older titles I mentioned was the way in which the mini-games are incorporated into the parks and can actually be played by you. 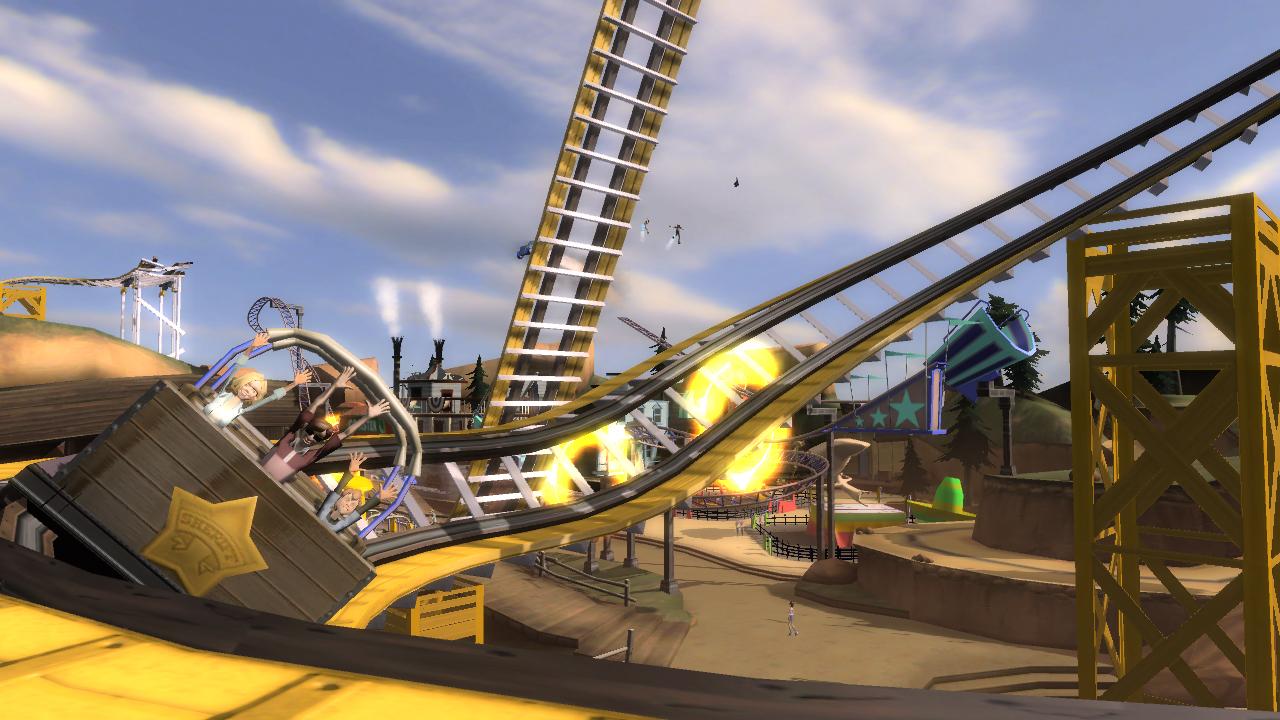 Visually, this is a pretty weak game, even by Wii standards.  It’s cute and colorful, but it is lacking in detail and overall animation.  Kids might not mind it much, and I can appreciate good artistic design even in a weaker system like the Wii, but here it feels as though the graphics were given little to no consideration outside of functionality.

There’s some voice-over, and it’s adequate, sometimes charming stuff.  The music itself is not terrible, but there is not a lot of it.  That means you’re hearing the same average songs over and over again.  None of it is good enough to be memorable on its own merits.  The only reason it may roll around in your head once you’ve quit playing is because you heard the same tunes repeatedly. 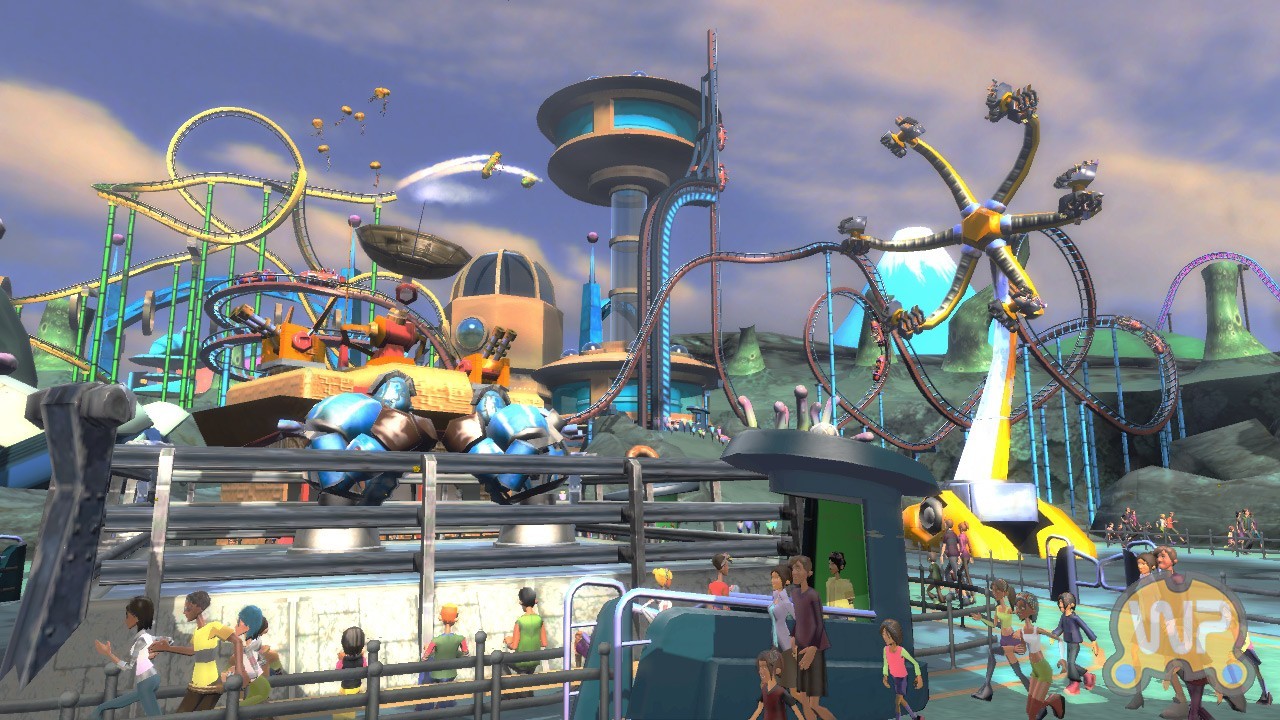 The mini-games are what you would expect from the Wii.  There were none that stood out as particularly new or amazing, but they were fairly well-done and didn’t take away from the experience, which is more than can be said for a lot of the shovelware titles released for the Wii over the last ew years.  Building the park up itself is fairly easy as well, which is important so that younger gamers can feel that the title is accessible.

There’s no content sharing, the game itself is goal-oriented but not terribly interesting.  The mini-games really help to extend the life of the package, but you can get better compilations in other titles with more to do.  A nice enough diversion for several hours, but nothing that compels me to come back and play it again. 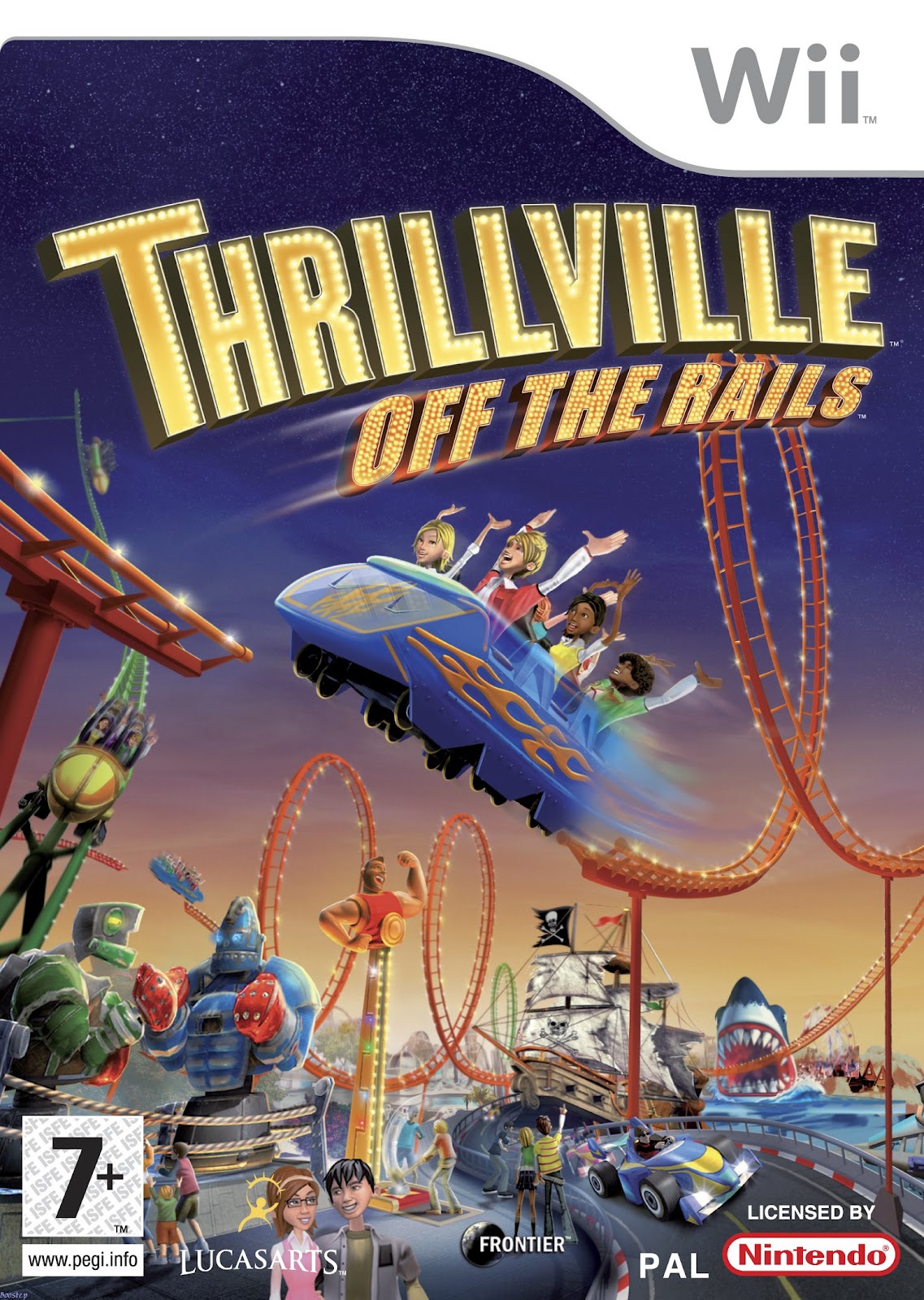 There is a certain charm to the game, but I thought Thrillville tried so hard to do a little of everything, that it succeeded in doing almost nothing particularly well.  It lacks the simulation depth of a Roller Coaster Tycoon, and the mini-games are more of the same you have seen over the last few years of the Wii’s lifespan.  It is wrapped up in a package that appeals to fans of theme parks, but that is just superficial dressing for the mini-games.
Facebook Twitter Pinterest E-mail
Previous article Tekken Hybrid - PS3 Review
Next article Quick update - plus Tomba!