Another small review here, as this was a title I had never even heard of before getting it with one of my Humble Bundle purchases last year.  I never played any titles like Scribblenauts or Drawn to Life where you get so much control over your encounters, so the idea here is completely novel to me.  The premise is incredibly simple in that you try to move a ball to a target zone while trying to collect ‘stars’ based on the kind of solution you find.  There is so much flexibility built into this game, because you use your mouse to draw out slopes and objects that can scoop and spin to propel the ball where you want it.  Each level comes with a different layout that you must overcome, and while some are incredibly easy – others are devilishly difficult. 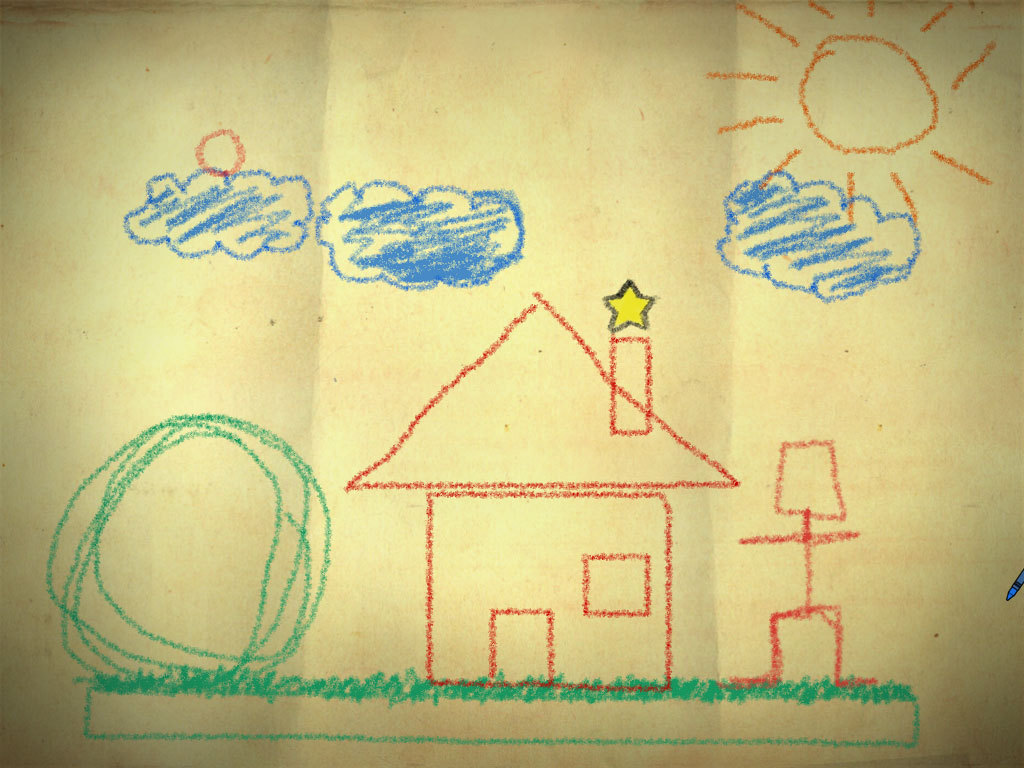 The graphics are not going to amaze anyone from a technical level, but the style is amazing.  You look like you are drawing on paper with crayons, and while that does not sound like much, it is a clever way to present the game’s potentially deep mechanics in an appealing way that will appeal to kids.  Sound and music fail to impress as there really is very little in the way of sound to be had here, and the music while pleasant, is not remarkable in any way.  None of it ties into the game in a way that benefits you, so it is all largely forgetable. 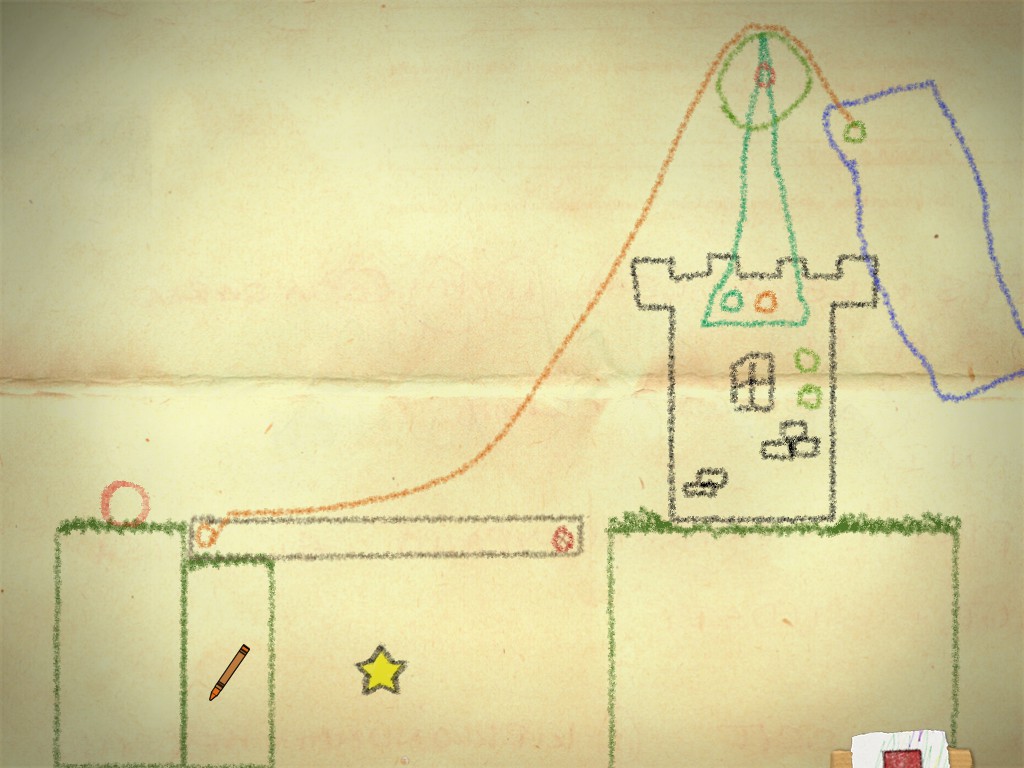 The gameplay is hard to try and critique because so much of what happens is open to your imagination.  You can tackles levels in so many different ways.  One level had me pretty well stumped somewhere in the high 50’s (there’s 70 or so levels, so lots of variety there as well), so I looked it up on Youtube.  What I discovered first of all made me go ‘duh’ at my own inability to realize the solution – especially when I saw probably eight or nine variants to the solution. 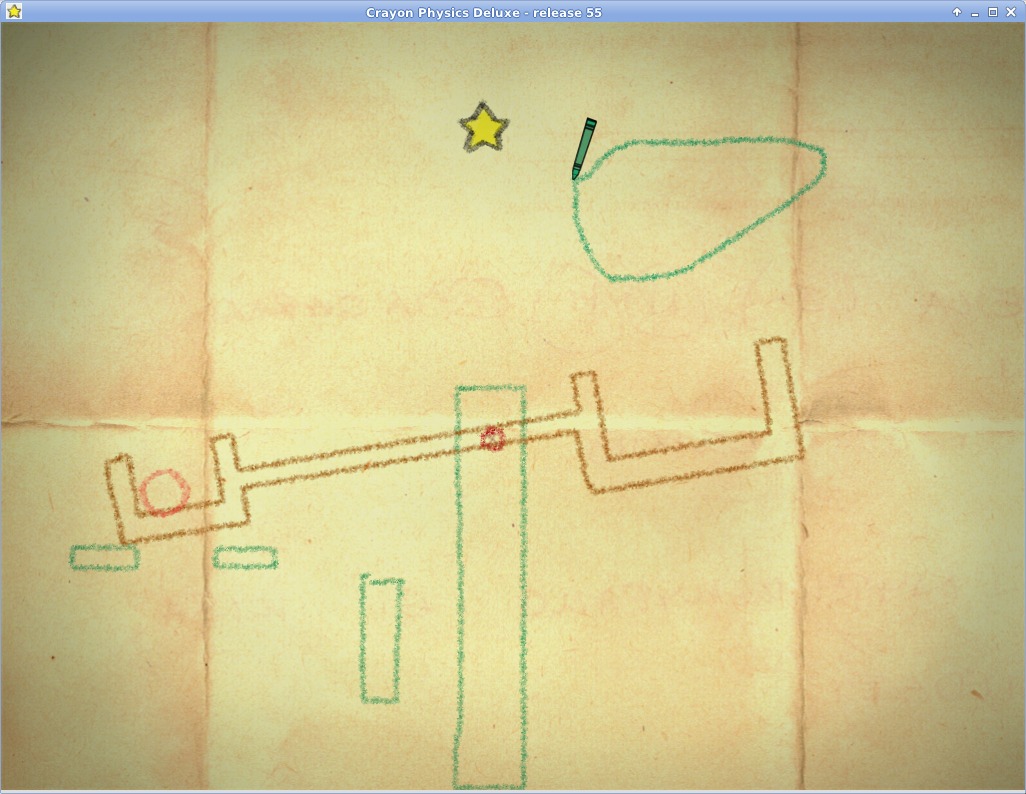 Overall I beat the game in around four or five hours just going straight through it, but if you like the formula?  There’s a ton of replay value to be had here given the above paragraph’s realization.  It is not a terribly difficult game, but my kids definitely got stumped later on and needed my help more and more frequently as they progressed, but the charming visuals and openly creative puzzle solving really appealed to them and myself.