comments Share
You are reading
Magic: The Gathering – Duels of the Planeswalkers 2013 – PC Review

I am a huge fan of Magic: The Gathering.  I have had several posts about the topic in the past – both with release announcements, reviews for the last two Duels of the Planeswalkers games and the fact that I am (once again) playing the actual card game with friends. 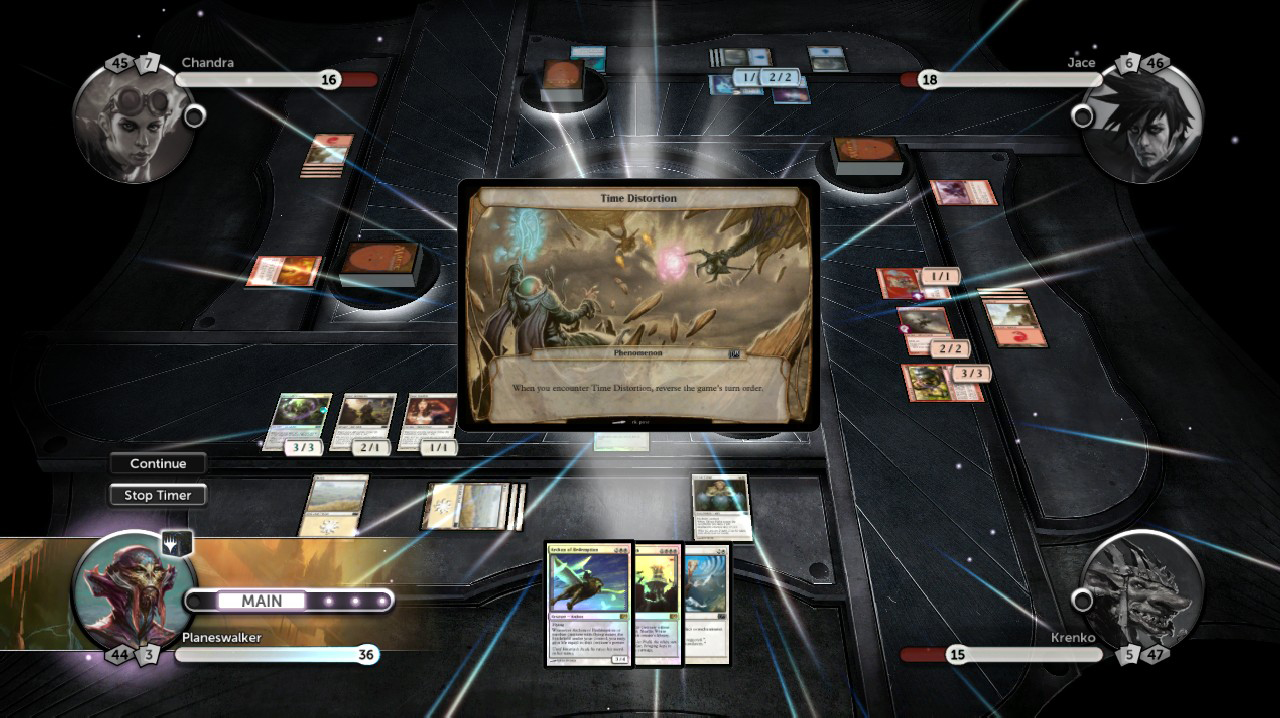 I had some pretty lofty expectations for this game.  I was anxiously looking forward to seeing some of the Magic 2013 cards that would be coming out shortly, and I have to say that the additional voucher for a free 6 card booster pack was cool (though I’ve heard vendors are already starting to get low on cards, so don’t hold out if you have those).  But what about the game?  Overall, there is more good here than bad.  The core gaming experience holds up beautifully.  But the problem is – it has not evolved much over the last couple of releases either.

I mean, what are your expectations here?  You do not get a ton of movement, this lacks the visceral landscapes of sweeping RPGs or action-heavy FPSs.  But the tables look nice, the animations that are there work well enough and as a huge fan of the fantasy artwork on the cards, it is awesome to see them so faithfully rendered. 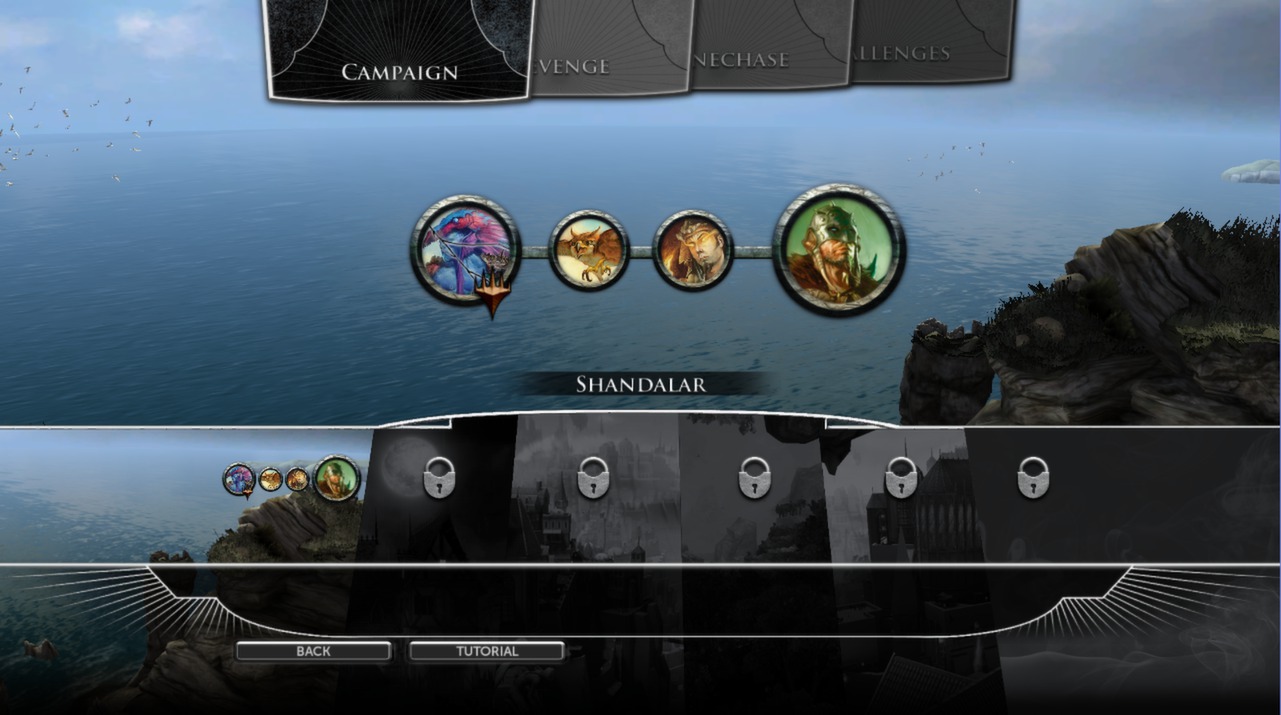 The sound effects are fairly sparse and somewhat repetitive.  The same could be said of the music, though the scores are quite pleasant.  It just would have been nice to have some more variety on both the music and sound front. 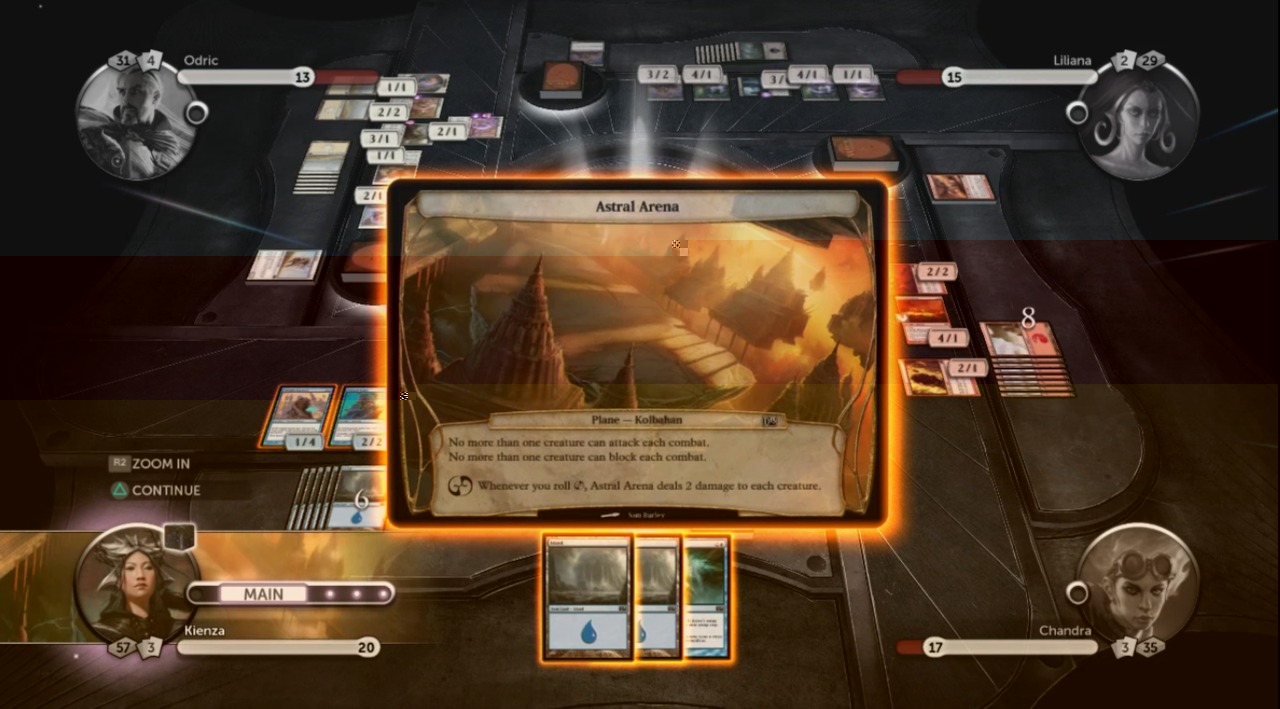 I have now played an iteration of Duels on Xbox 360, PlayStation 3 and PC and I have to say that the point and click nature of the mouse with the use of the scroll wheel for zooming in and out of my cards is easily the best interface of the three I have encountered so far.  The AI is competent if not amazing (and I have had 2 glitchy matches now where my AI opponent got into a weird state of not casting anything and just discarding every round until I put together an overwhelming force to simply roll them over and get some cheap Steam achievements).

There is a pretty decent variety of modes, including a campaign (with some optional puzzle-like fodder each level), a mode called Planechase (that replaces 2012’s Archenemy) that I was not particularly fond of, and several online modes such as dueling, free-for-all and Two-Headed Giant.  Sometimes it takes a while for the computer to make a decision it seems, but the timer that is in place keeps the gaming moving along at a pretty good clip. 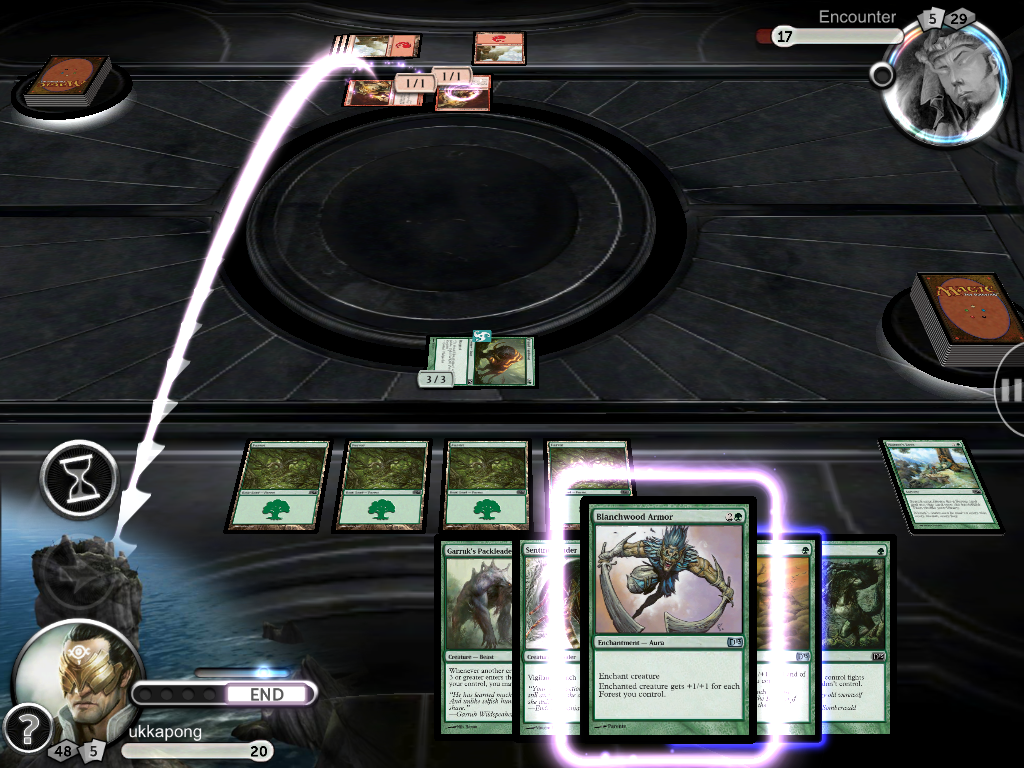 The biggest thing about being able to play Magic is having someone to play against.  The AI works, but it is more satisfying to best an opponent online.  That said, there is a problem I have with this series that has been around since the beginning: lack of deck creation.  You can edit, to a degree.  You start with a standard deck and then as you win matches, you earn cards you can swap in and out of your deck, but you cannot really create a deck to be exactly the way you would like.  Seeing as my favorite part of the game is creating decks (I have over 20 in real life), this hurts to see such limited functionality after all of this time.

My other disappointment is a slightly newer one, but why are the decks all (except one) single color?  I suspect that there will be future expansions and maybe those will have more decks, but as I enjoy mixing up my decks quite a bit, having multicolored decks with nice gold bordered cards would have been really nice.  I was really surprised to see all but one of the decks limited to single color. 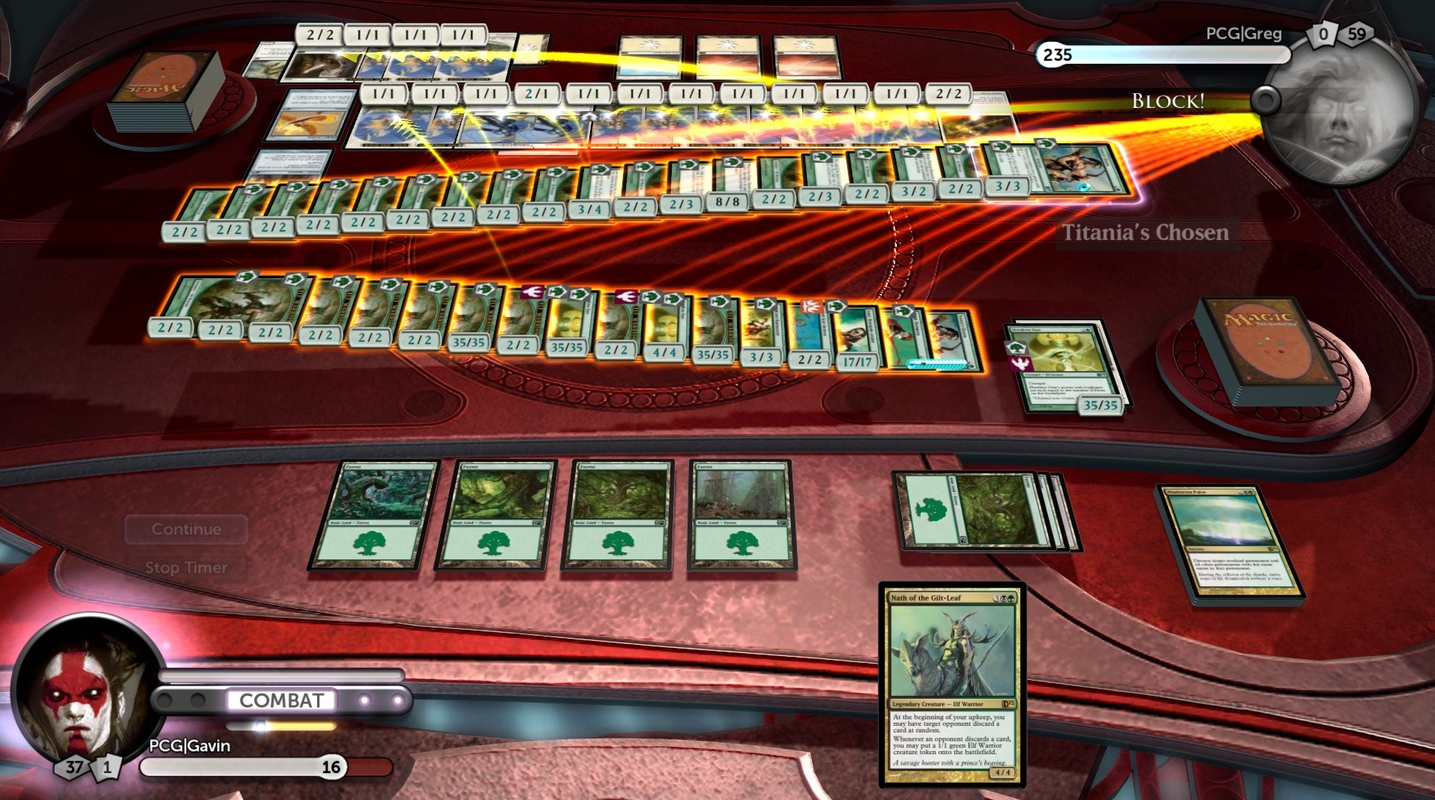 I really enjoyed the game – it is based on a collectible card game I have quite a history with and it faithfully represents the playing experience.  However, the entire experience is not properly represented in the deck building, and it might be nice to see some other modes of play like Commander or Emperor come out down the road.  The sneak peek at the core 2013 set was something I enjoyed quite a bit as I will no doubt be grabbing a box of boosters shortly.  Still, this release feels like it is largely playing things safe and it would be nice to see some new options for more advanced players in the next release.