Good morning.  I decided to update my color scheme to be much more summery green and yellow, as it has been a blistering week up here, at least by Michigan standards.  Halo as a backdrop seemed appropriate since my son and I spent most of the 4th playing the Anniversary Edition.  Here’s a review to cap off the weekend.  TGIF and I hope you all have an excellent weekend!

One of the earliest games I reviewed on this site was the original Record of Agarest War. I then went back to reevaluate the title not too terribly long ago, after reading about the upcoming Record of Agarest War 2.  This is not a series for anyone.  In fact, truth be told, it really only seems to appeal to a fairly narrow group of gamers, but I just happen to fall into that group. 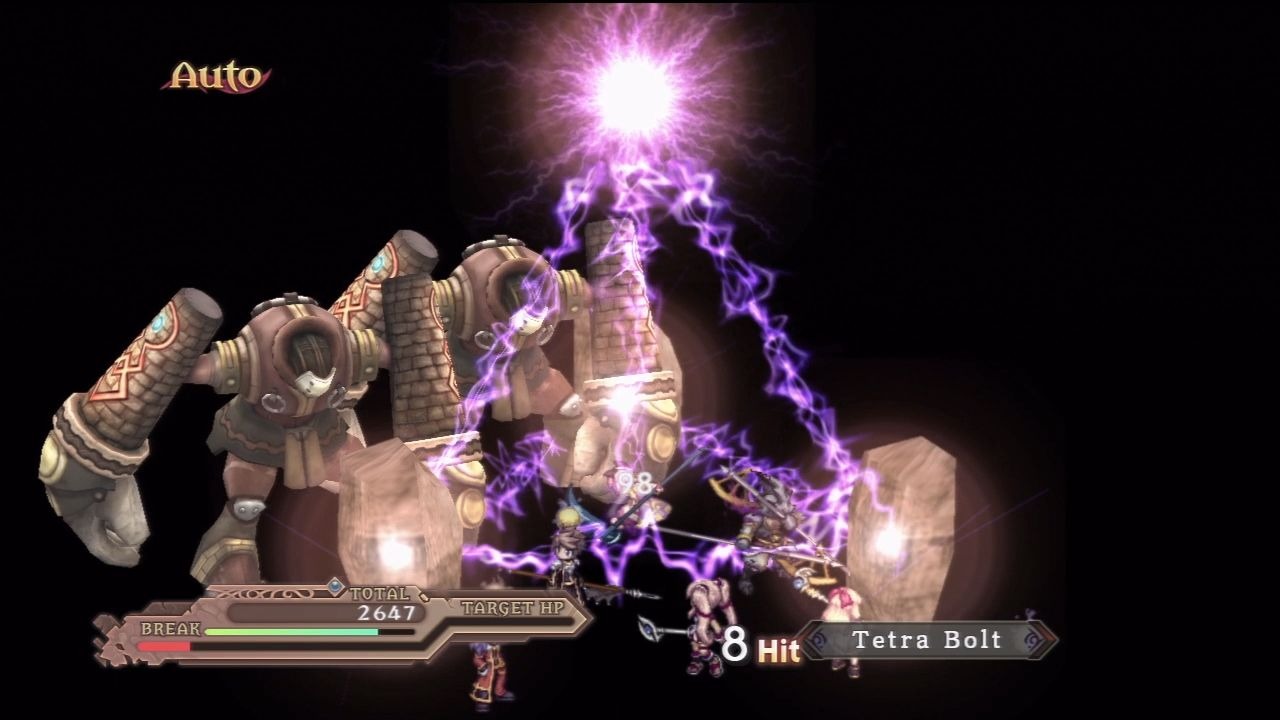 This game plays very similarly to the original Record of Agarest War.  You are given a map with various points of interest that come in the form of battles, events and towns.  When you enter a battle, you team is placed on a grid map and you are allowed to move them around before taking your actual turn, which is comprised of using action points to use your skills to hurt enemies or help allies.  Like the first, there is no real terrain to keep track of, but there are squares that can sometimes boost or lower stats and you can make use of strategies like flanking and combining attacks to do increased damage.

There are a lot of very small improvements made in Zero that I will touch on below, but overall there is a feeling of ‘been there and done that’ throughout the experience that did somewhat sap away at the first game’s charm in my opinion. 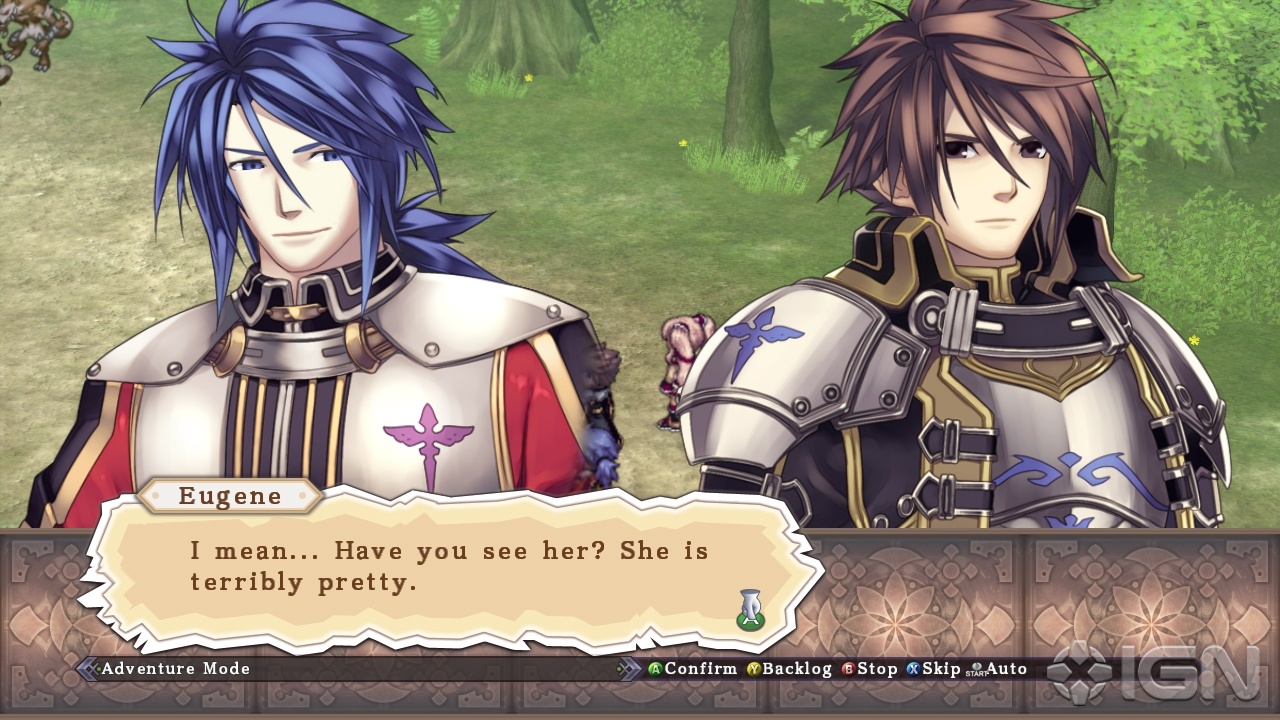 This is something of a mixed bag, just as it was in Record of Agarest War.  The character portraits and the art design of the menus are excellent, while the sprites used in combat feel very bland and a little out of place.  The backdrops for the combat stages were a bit livelier this time around, with some more subtle animation than what was found in the original game.  The portraits have also had very small animations added to them, such as the occasional blink of the eyes or shifting of the body.  It’s an interesting effect in that it does add a bit more life to the scene, but it can create something of an odd impression too when you see a head moving and nothing else on the body even twitching.  The backdrops for cities are pretty generic and get reused quite a bit. 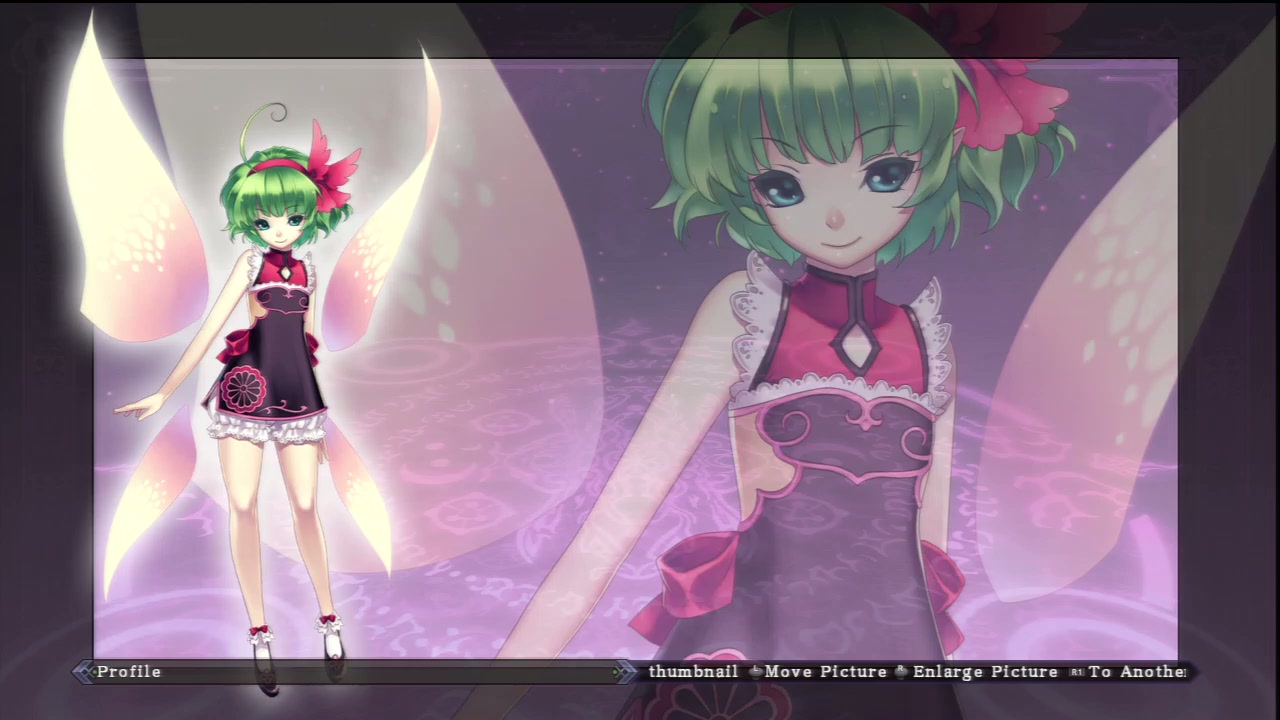 I realize that localizing this game to English will probably never happen since that would no doubt be a significant piece of work.  About the only thing I ever heard in English was the occasional super attack during battle, but otherwise all of the voice work is presented in Japanese.  The music is a bit out of place, with these electric guitars and such that just do not compliment the visuals of combat.  Really, this is only most apparent in combat, especially when you are engaged in longer fights.  The music is better during the map or cut scenes, and a lot of the music from the first game is used here, and even touched up a bit, though I personally do not generally like the modified versions as much as the originals. 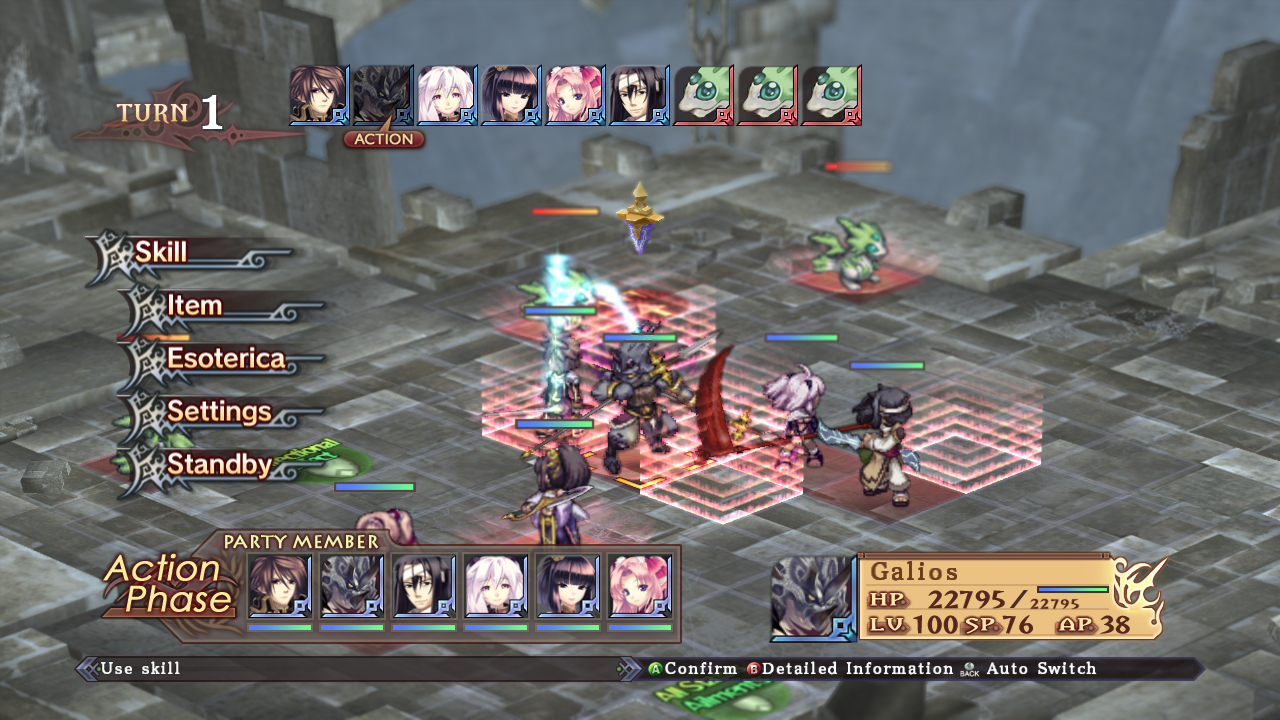 You have to like this sort of turn-based game or you will be bored to tears with Record of Agarest War Zero.  That being said, I have loved the turn-based strategy genre for years (way back to some of the Sega Genesis games I played like Warsong and the Shining Force series), so this style of gameplay really appeals to me.  The menus are easy to navigate, which is impressive considering all of the content you encounter at shops, sifting through titles, digging through characters stats, etc.

There is a lot of repetition to the game (grinding if you will), which will really put some people off, but I have been grinding RPG and strategy games for so many years that it has never particularly bothered me.  I liked that there were different levels of difficulty, but that you need to beat it on hardest while following a fairly rigid path in order to access the True End might put some people off too, especially since the harder level of difficulty is in fact pretty challenging at times if you do not build your character up properly.

I have a slight issue with the True End in both Record of Agarest War games as they tend to restrict how you play.  Not all RPG games give you choices, and that is fine if you are just interested in riding along for the story, but Record of Agarest War gives you plenty of choices – but they really want you to follow a fairly linear path.  Otherwise you do not gain access to the True End and the additional game content tucked away there.  Thankfully it is easier to reach the True End in Zero as you do not have to worry about light/dark balance in your actions or things like your turn count, but you can still wind up making one bad choice and have the whole attempt at reaching the True End blown – potentially after a huge investment in hours. 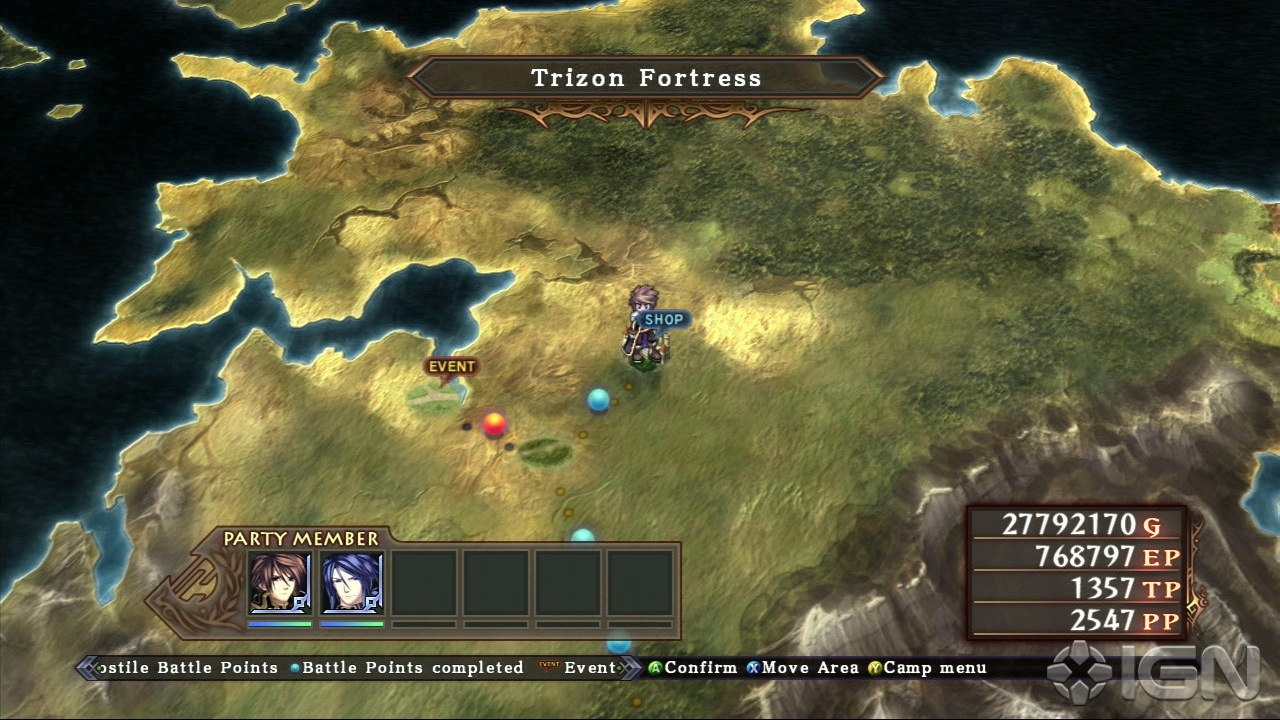 There is a lot of game to be had here.  I think I logged roughly 100 hours into it, and I enjoyed it more often than not.  There is the basic combat, but you can also craft items, craft skills, you choose how your skill points are used on your characters as you level up, you can spend points on improving your current gear, you can meet various criteria to unlock titles, there is a very basic online leaderboard for people who want to compare things like largest combo tally or damage done and more.  It is also nice that you can do a new game plus that carries over some of your earnings from before, and if you have a True End saved game from the original Record of Agarest War, you can access additional content on your first playthrough that you could not otherwise, like the Digest Mode.

Digest Mode is a trimmed down version of the first game, giving you the entire storyline and allowing you to participate in key battles without the bogging down of individual fights along the way.  Good stuff for people interested in the storyline and who have not played the first game, though it feels a bit like padding to someone like me who has already beaten the original title three different times.  This also gives you access to some of the characters from the first game, though to get them all you may have to plunk a few bucks down on DLC depending on your character preferences. 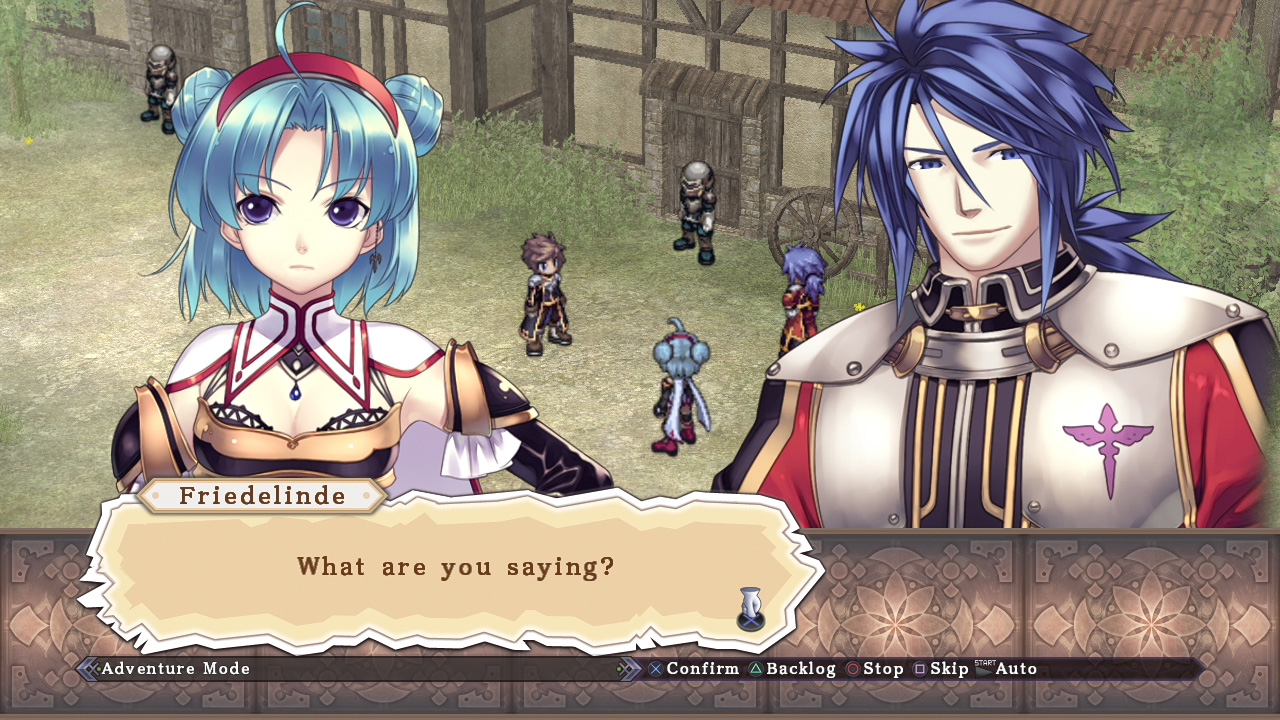 This is a tough game to recommend because I know that there are barriers here that will turn people off such as the grinding, the quirky anime-dialog and innuendos, the difficulty of the game itself and some of the shortcomings in the audio and visual bells and whistles.  This is a game that is really geared toward a somewhat specific group of players, but I really happen to have enjoyed Record of Agarest War Zero and am looking forward to Record of Agarest War 2 when it releases in the near future.