So this was a game I picked up around a year or so ago very cheaply.  I recalled it getting an outstanding score on IGN and a few other sites, so when I saw it for around ten bucks used, I decided to pick it up.  Then it sat on my gaming shelf, untouched for a long time.  Then one of my buddies at work said he was looking for something new to play at the time, and I knew he was a huge fan of sports and Call of Duty games.  I pointed out that I had Splinter Cell, which I had heard was good, but had not gotten around to playing yet, so he agreed to try it.  He beat it over the weekend and told me it was short, but a lot of fun so I should try it.

So, that next Saturday I did just that, and he was right on both counts.  The game is very short, but it is a lot of fun as well. 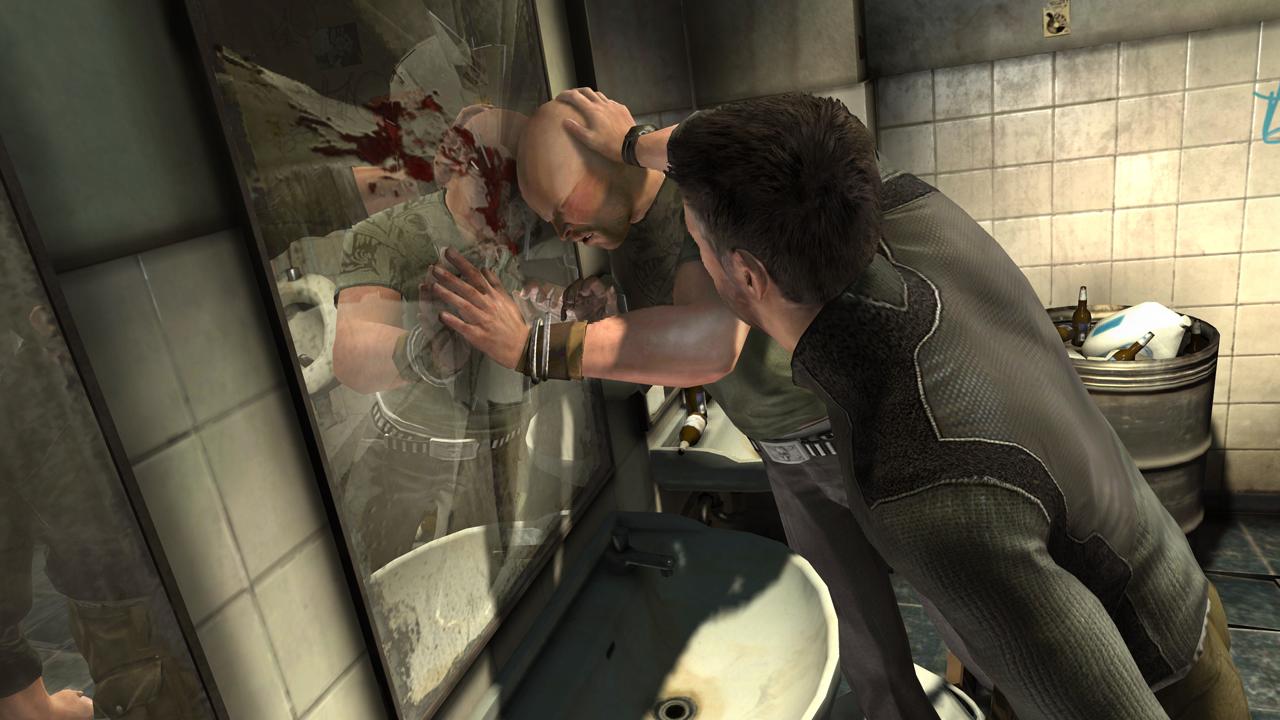 Animations are pretty good, and the environments while lacking in color, often have a fair amount of detail.  That high level of detail hurts though, since I definitely noticed some drop in performance in some of the meatier firefights.  However, considering just how much was going on in some of the scenes, that can be forgiven I think.  There is a gritty style to the game, and I liked how credits and mission names were splayed out on the nearby scenery.  It was a bold design choice, but unique and visually appealing in my opinion. 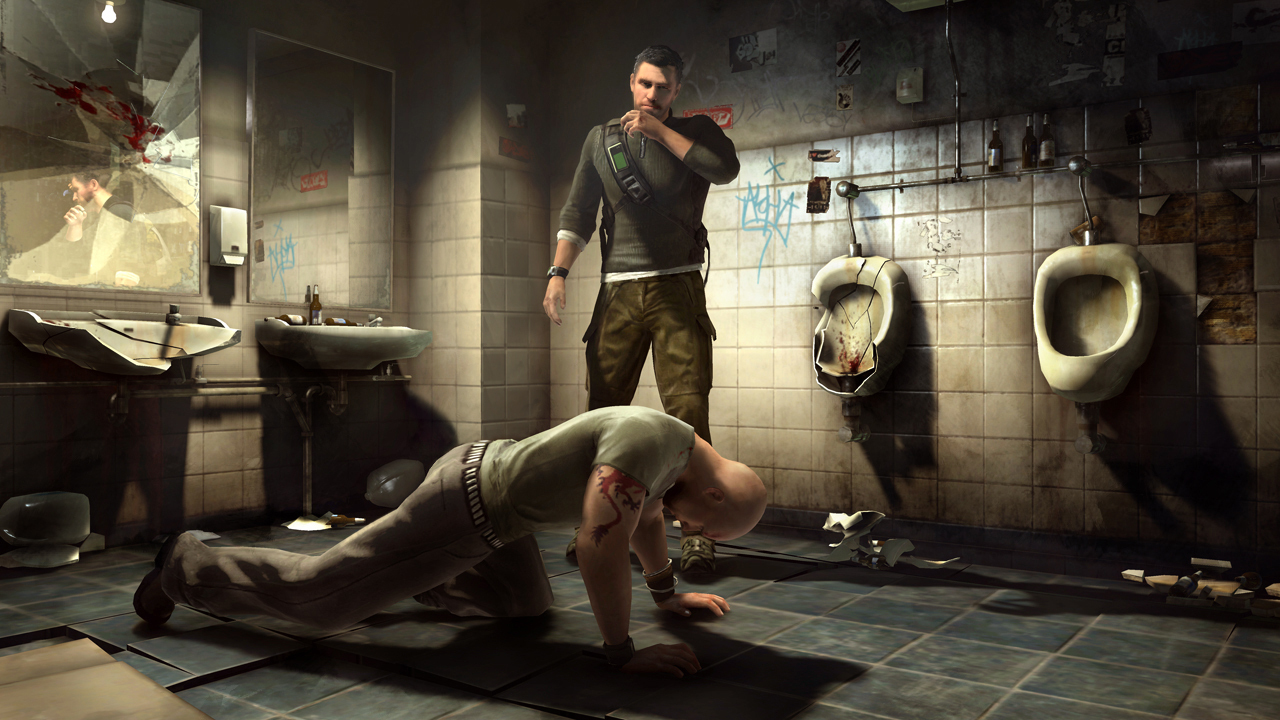 The music was solid.  There were no single soundtracks I felt compelled to look up and listen to again later, but nothing ever felt out of place either as the score played.  The lead character, Sam Fisher, is voiced by actor Michael Ironside to good effect, even if some of the other voice actors are maybe not quite as good.  There is actually a fair amount of dialog taking place during the combat scenes as enemies shout things out.  At first those bursts of audio are pretty neat, but after awhile the canned comments got a bit repetitive. 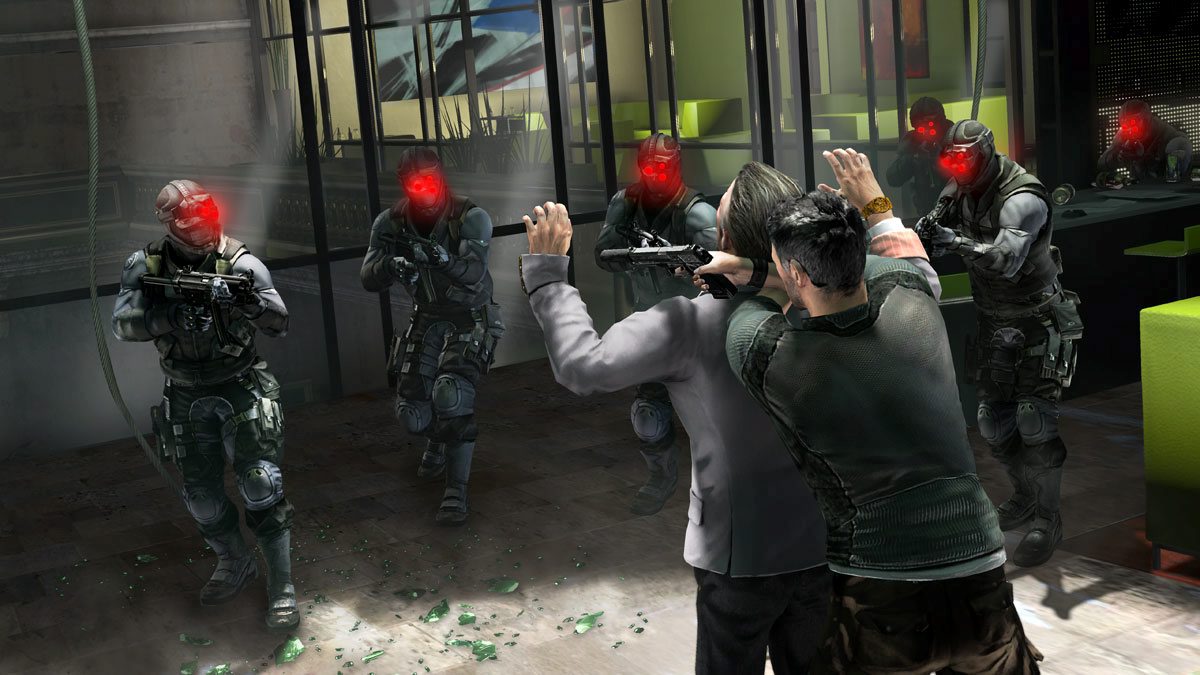 Probably the best aspect of the entire game.  Combat feels fast and smooth.  You feel like the perfect weapon as you duck in and out of cover, using the Mark & Execute system (melee kills reward you with a set number of ‘marks’ you can put on enemies.  You can then trigger them off and you go into a very short sequence where you perform some very cool canned shooting attacks that execute each of your marked targets) never got old for me. I know some people felt this made the game too easy in places, but it was a tool to be used when needed.  I had no problem with its implementation and in fact used it every chance I got because I just thought it looked cool.  There’s varied levels of difficulty, and the easy is just that, and the hard is what you would expect, with some surprisingly deft enemy routines and accuracy. 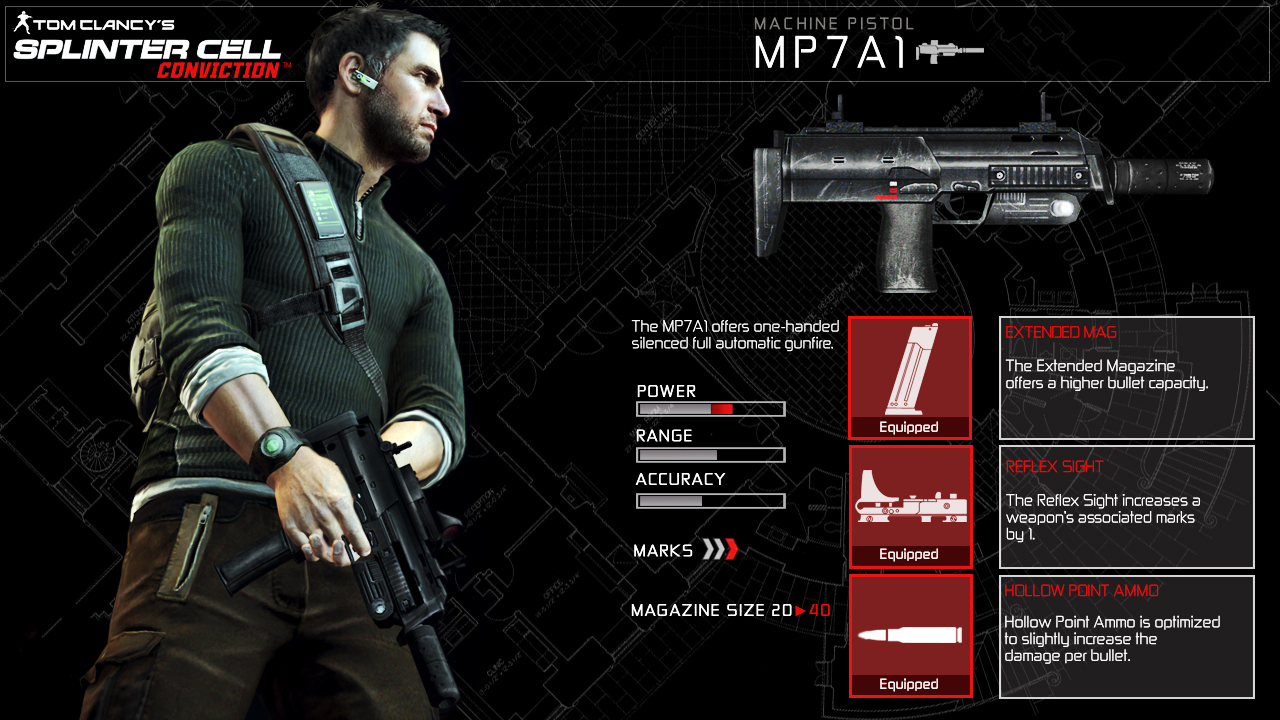 The game is really short.  There are some co-op missions as well, but I never really got to use them.  There seemed to be some online options, but I could never get any of them to work – perhaps the game is too old to use them?  So basically I’m just reviewing the single player mode, which tells a good, often brutal story.  I have never played any of the other Splinter Cell games, and I have never read a Tom Clancy novel.  I have heard that this game is a major departure from the more tacticl prior titles, but I can’t really attest to that. 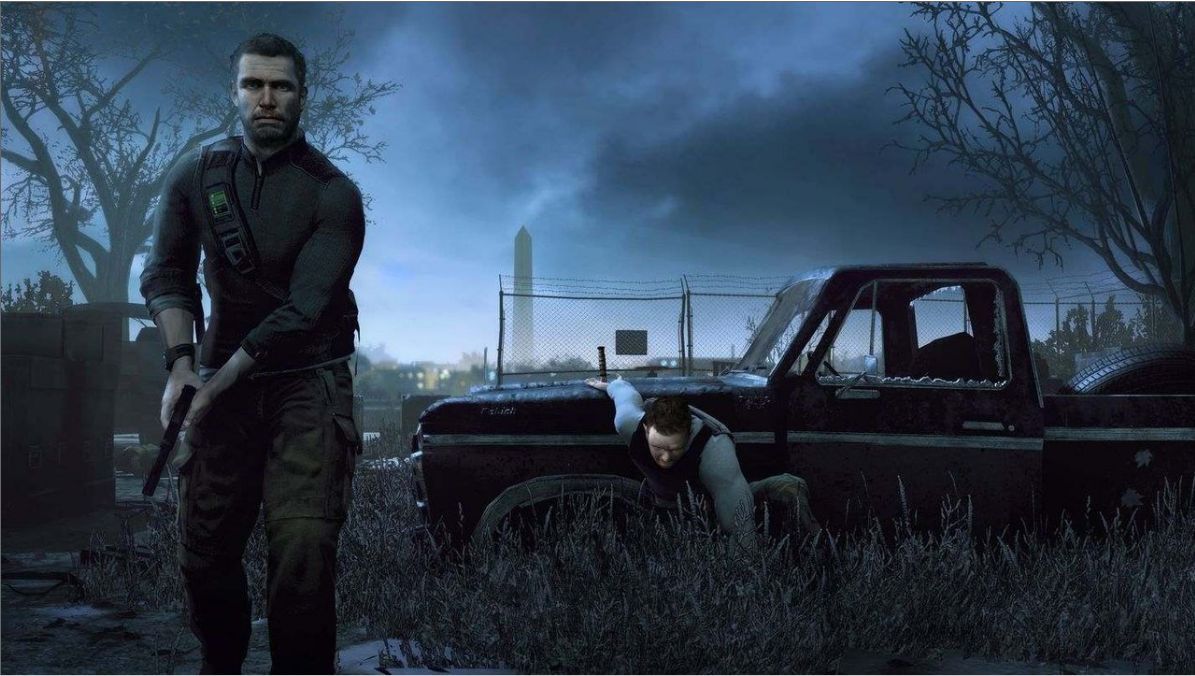 For as cheaply as I acquired the game, I have no complaints.  I enjoyed the campaign, though I think I beat it in about six hours.  While that may be similar to Call of Duty or Battlefield campaigns, keep in mind that there is a lack of deep multiplayer to add replay value to it.  As such, your mileage may vary – but I have seen this title for as cheap as eight dollars used.  If you feel that’s a good price for an afternoon or two of intense gunplay gaming, then this might be perfect for you.