Originally released back in December, Gua-Le-Ni: Paper Beasts is an odd game at first glance.  It is a puzzle game, that much becomes clear rather quickly – but the way it plays out is unlike anything else I have played so far on the iPad.  The premise is simple, but effective.  Animals such as tigers, condors and camels are drawn out in paper sketches and then ‘torn apart’.  These different pieces are then put together and marched across your screen from right to left. 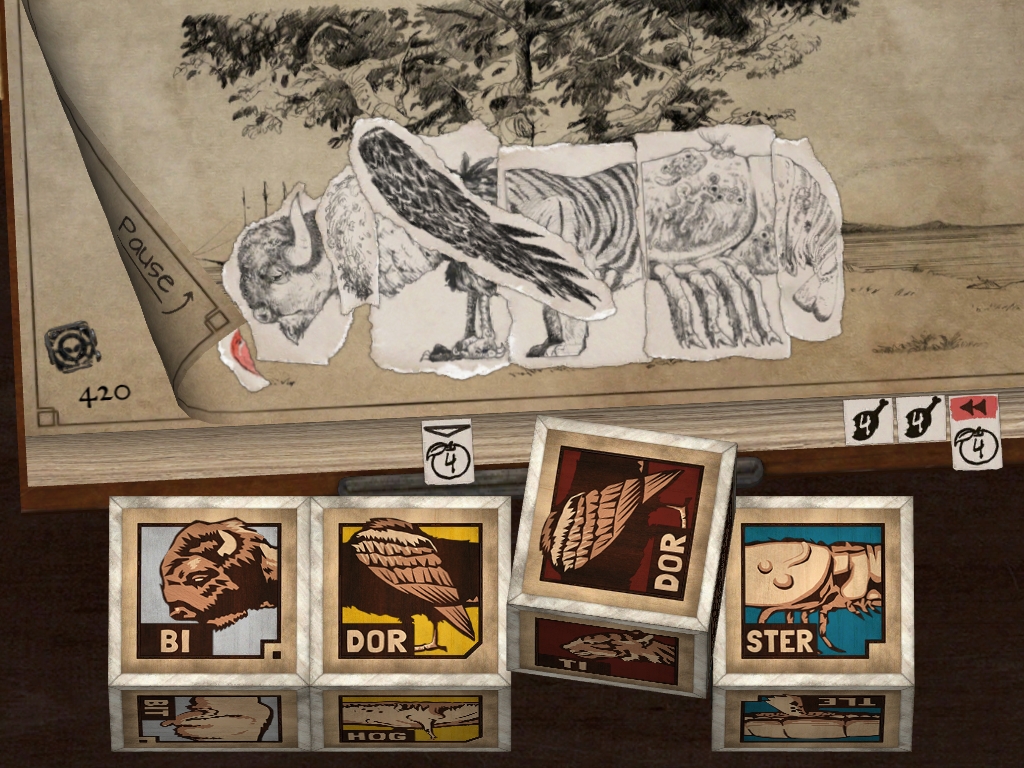 You are then given cubes below the storybook.  These cubes remind me of the big alphabet ones made of wood kids play with, except instead of letters you have fragments of the animals that correspond with paper fragments above.  The idea is that you will slide, rotate and twist the cubes around so you can create the words Bi-Dor-ge-ster and make that Bison-Condor-Tiger-Lobster creature, as seen in the image above. 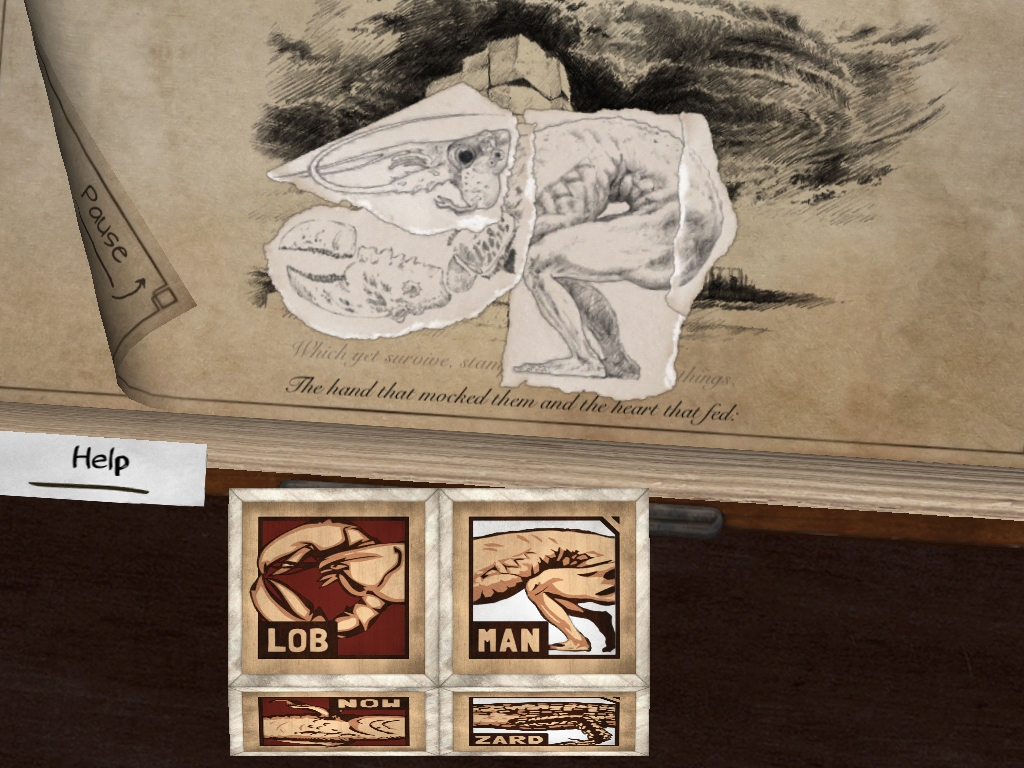 The game starts you off gently enough as you begin with two cubes.  Take the image above for example that gives you the front half to a lobster and the second half of a human.  While you are flipping and rotating the cubes around, your paper creature slowly marches from the right side of your screen to the left, acting as your timer.  This is known as the Fiction mode.

The next mode is called Non-Fiction.  Here you are concerned with feeding the proper types of food to your creature, such as an apple.  Doing so earns you you increased stamp count, while eating the wrong ones decreases your stamps – and thereby your score.  Along the way, there are odd drops of goo that randomly get added to the mix, and eating these change the number of die you are working with, either increasing or decreasing the number. 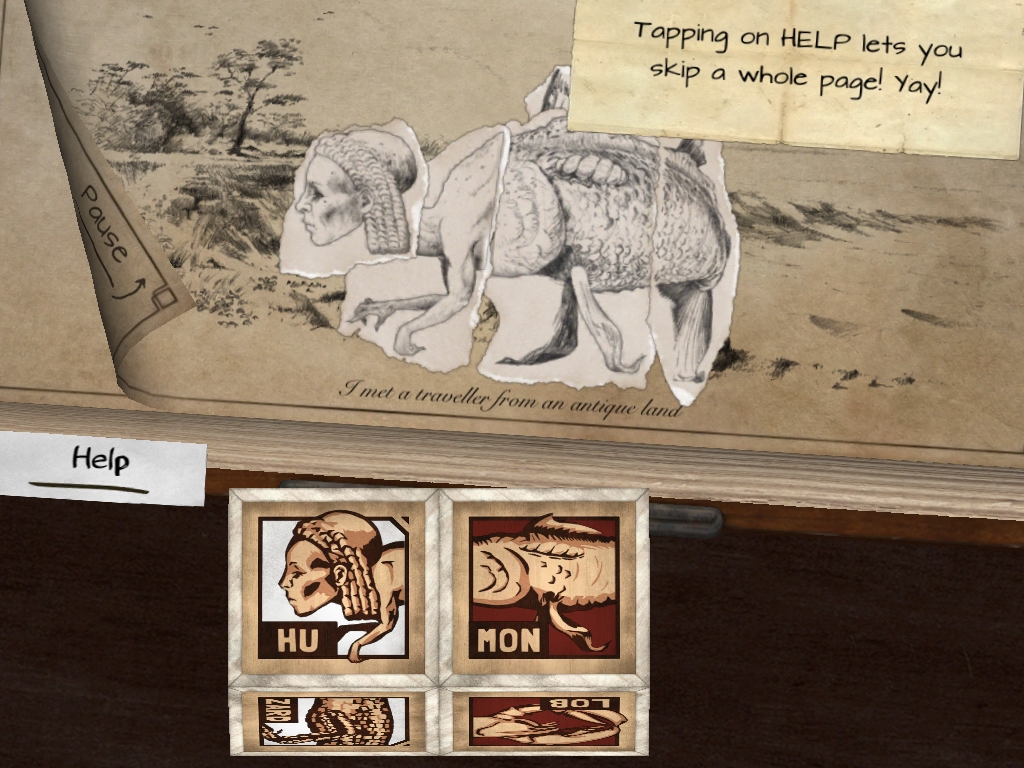 There is also a mode called Poetry, which has only recently been added.  This is more of a memory game, as the monsters appear on your screen, and you have to recall their combinations and then build them by memory while they are off the screen.

In a sense, the game does rely heavily on memory as the wooden dice never change in appearance.  Your red one or your blue one will always have the same creature layout on them.  This is really helpful because while two dice may not present much of a challenge, four does and if you have not memorized the patters on the dice, you will struggle to keep up.

Music is handled very subtly, with more of a focus on the voice work, which is fine as the old man’s weathered voice lends a certain warmth to the proceedings.  So, is the game any fun?  It is, though there is a bit of a learning curve.  A couple of things right in the initial interface may have helped, like directions to sweep open the book cover and such – my wife and daughter both found it a bit tough to get their footing with the game, but picked up the principles pretty quickly after.  In particular the dice are handled very well.  I was impressed with how the touch controls worked.  They were not always 100% accurate, but I have yet to find an i-anything game that is, and these were better than most.  I particularly enjoyed the use of two fingers/touch points to pick up and rotate the blocks.

It is not what I would call a particularly deep game.  No one is going to mistake this for an RPG that you will spend several straight hours on, but as a pick up and play puzzle game, I found Gua-Le-Ni: Paper Beasts to be both refreshingly original and a fun diversion.  In doing my research on this title, I found some interesting references to biometric game design and how the game designer factored that into the development process. 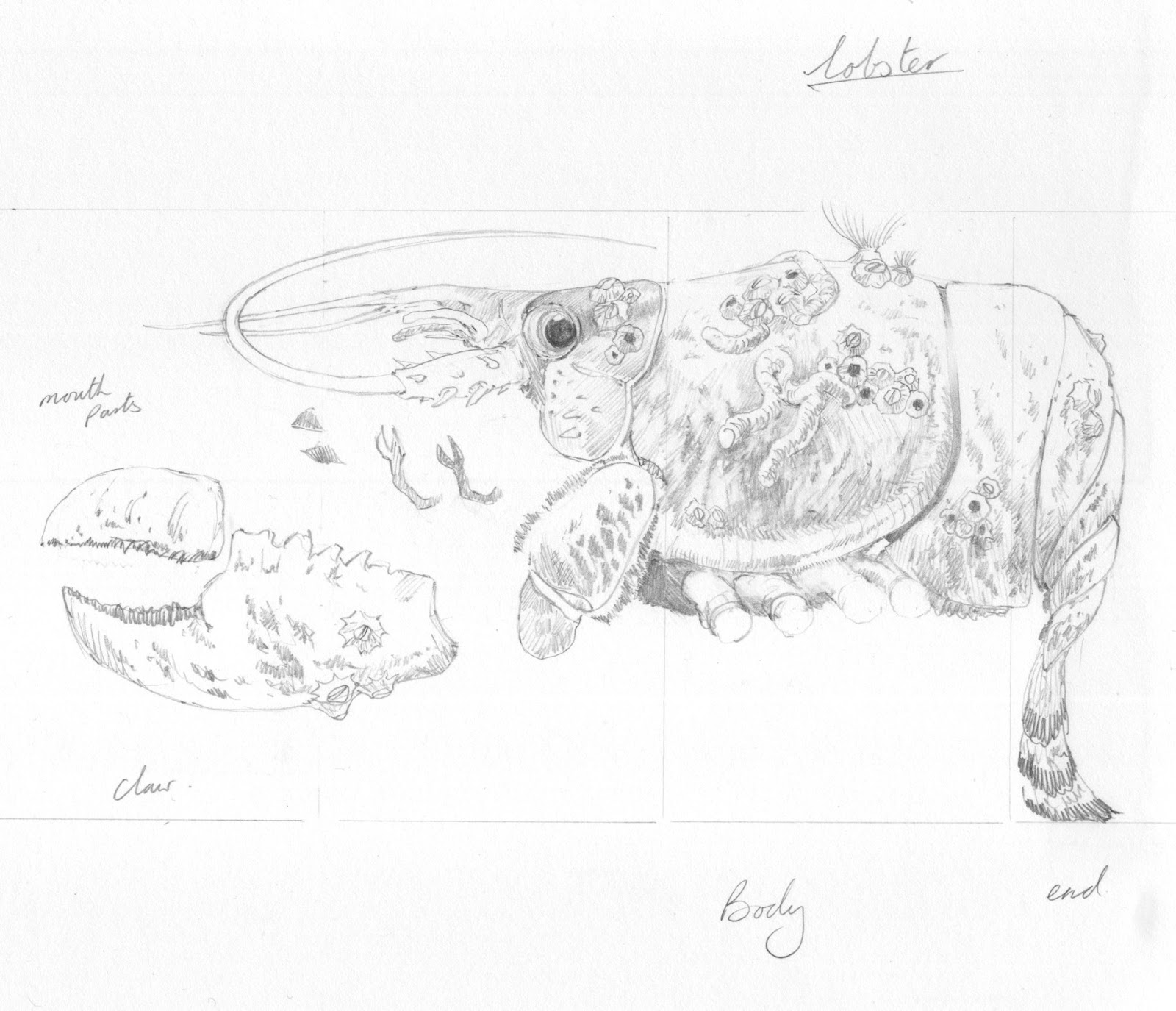 Here is a little more background on the game:

Taking inspiration from an essay by Scottish philosopher David Hume, Gua-Le-Ni
challenges the players to recognize and feed a bizarre series of paper beasts.
Those impossible, combinatorial creatures will walk across the illustrations of
an old bestiary, trying to flee from its pages. By twisting, turning and
rearranging virtual toy-cubes, the players must form the correct “name” of the
animals and thus cataloguing them before it is too late! Some animals are
carnivores, some herbivores; different food combinations may have the effects of
rendering the beasts longer, shorter, more or less fast and valuable.

I am a big fan of seeing developers take some chances and try something different and would give Gua-Le-Ni: Paper Beasts a 7.5 score.

Ah, but in the title I mentioned a contest, right?  Well, for those of you interested in trying this game out – I have two redemption codes.  This is only for iPad and not iPhone currently, be aware.  These codes expire on Monday, September 10th, but I will be giving them away well before that.  You have up to three chances at getting entries:

Then drop me an email letting me know how many entries you have earned, at Chalgyr@yahoo.com by Saturday evening.

I will then go ahead and toss the entries into a randomized generator and email back the two winners with their winning codes sometime on Sunday.  Good luck!