There is something about the strategy involved with tower defense games that sits really well with me.  I have only played a handful so far, but enjoyed them all to differing degrees.  My favorite to date has probably been Defense Grid.  That being said, I think Orcs Must Die 2! may well equal or surpass Defense Grid for that top spot. 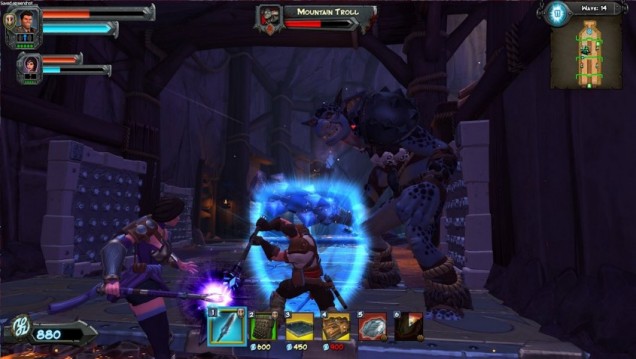 I only played the original Orcs Must Die! briefly at a friend’s place, and while I enjoyed it well enough, I never got around to picking it up.  The game is an interesting blend of tower defense and third-person action.  It sort of reminds me of an old game for the PlayStation I loved by Tecmo called Deception.  I may have to fire that up again and retro it now that I have mentioned it in this review.  Anyway, the setup is what you would expect from a tower defense title.

There are spawning points with general paths that the orc hordes will follow on their way to an exit.  You can set up a variety of traps along the way to help kill these orcs.  Traps can be upgraded and made more unique (for example do you want your trap to potentially set fire to the orcs to cause some additional damage, or is it more useful to you if the orcs are slowed down with a frost effect?).  There are also different weapons that may be ranged or melee.  You can upgrade your blunderbuss into a weapon that occasionally adds additional bleed damage, or perhaps knocks back a larger enemy.  The upgrade system and the ability to refund the skulls (your currency for completing maps) really help to encourage experimentation.

The component that makes this game more interesting to me is that you actively control your hero, either the war mage or the sorceress in combat against the orc hordes.  That aspect pulls you out of this ‘above it all’ perspective seen in most tower defense games and gets you personally invested while adding an action component to the strategy. 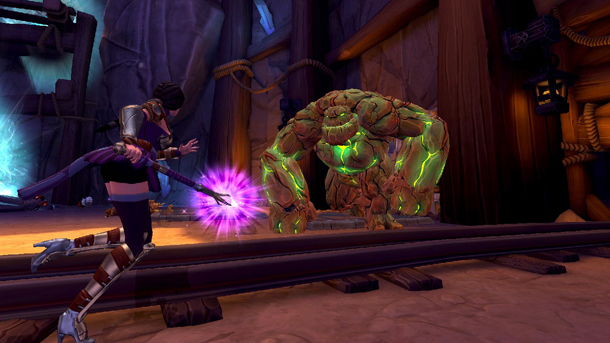 The style has a bright, colorful feel to it that reminds me of World of Warcraft or Kingdoms of Amular: Reckoning.  The character modes and environments are not incredibly detailed, but everything is nice and clear in the interface and menus.  The trap and orc animations are actually pretty solid as well, leading to some entertaining and even hilarious deaths along the way.  The game will never be mistaken for Skyrim’s beautiful graphics, but there is something to be said for being able to play on a computer that is not a powerhouse either. 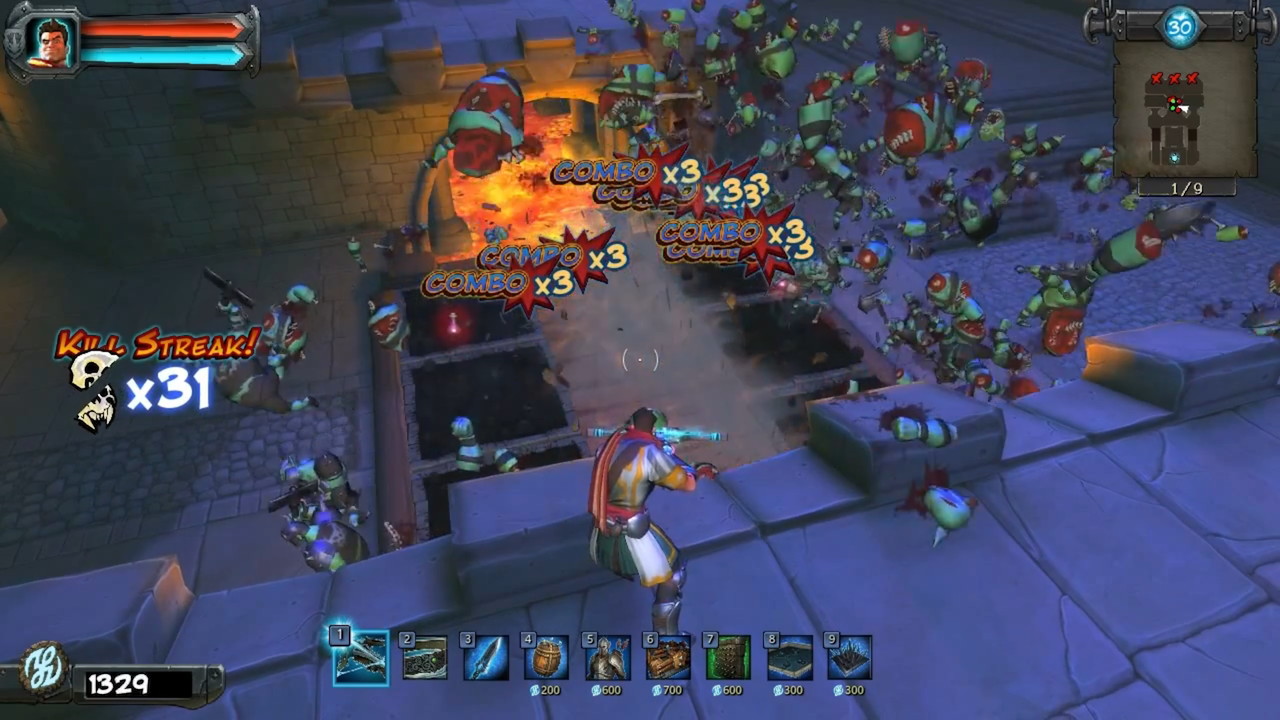 The music is all well and good.  None of it strikes me as particularly memorable, and there is not a great variety to it, but it never becomes grating either.  The general sound effects are similar to the score in that they do their job and do it without annoying, but never really do anything to stand out either.  The exception to that rule is there are some very good audio indicators, like remarks from nearby archers about approaching flying enemies or the rumbling of an earth elemental as it approaches, that helps keep you aware of the situation.  This is handy since there are maps where it sometimes feels like you are doing a million things at once, so prioritization becomes key.  The actual voice work is decent as well – and the lines the two main characters are given amuse more often than not. 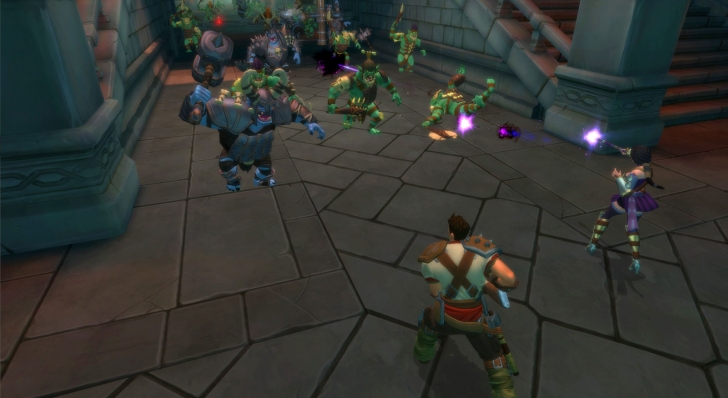 I sometimes overreact when trying to turn my character this way and that, the controls just a tad touchier than I like.  That said, laying down traps is easy.  The dual application of all the weapons and some of the trinkets works nicely.  Hotkeys can be assigned to different weapons, trinkets and traps for quick access.  The menu navigation is very well organized and makes it easy to find what you need.  Getting online to play with a friend is quite easy and suffers very little lag.  All in all, the merging of different genres such as strategy, rpg and combat is handled very well. 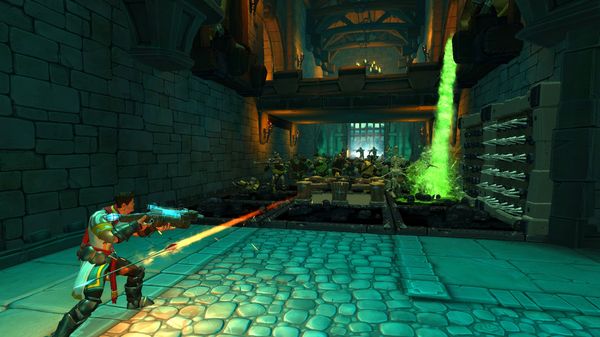 There is a good deal of content here, but more than that there is ample reason to sample and re-sample it again.  There are three modes: story, endless and classic levels.  The story is your campaign, where you get small bouts of banter with your companion character, are told a simple tale and most importantly unlock new traps and trinkets.  Endless is just a horde mode where orcs come in increasingly difficult waves until you eventually die.  The classic levels from the first game are brought over as well, for some additional value.  On top of these three modes, there are also three levels of difficulty.

I touched on this before, but the collecting of skulls so you can customize your weapons and gear really entertained me.  I liked that there was no penalty for performing trial and error and finding a style that suits you.  I really liked the blunderbuss, wall arrows and a bunch of tricked out trinkets.  The war mage and the sorceress share some of their upgradeable equipment, but each has some of their own as well, encouraging you to try out both characters who are thankfully not just reskinned copies of one another.

As if all of this is not reason enough to value the game, you do have a co-op mode (and at harder levels of difficulty it appears some of the maps were designed with co-op in question) that works very well.  On top of that, if you are more competitive than cooperative, then maybe the leaderboards that rank you against your friends on Steam will strike your fancy as well. 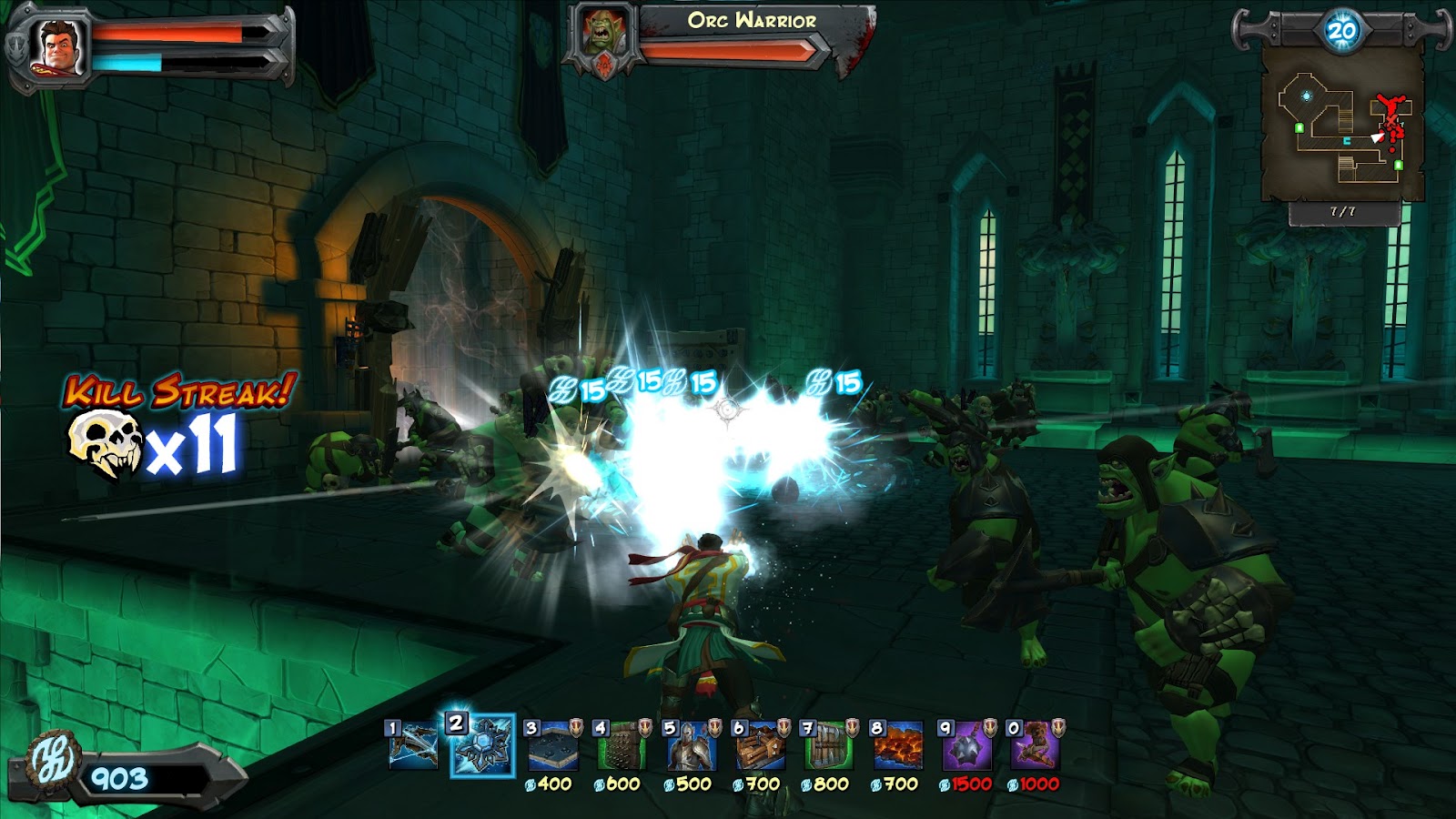 Having only played the original Orcs Must Die! a couple of times, I was hardly an expert at the series.  That being said, I was able to pick up and play effectively right out of the gates.  The premise is so simple, and so well-tuned that it is very easy to learn.  There is so much depth and so many ways to tackle the different levels however, that Orcs Must Die! 2 falls into that ‘difficult to master’ category as well.  The night I got it I played until nearly 4:30 AM – that’s how hooked I was.  The fact that I’m still playing after all of these hours?  Well that shows how much staying power I think the game has too. 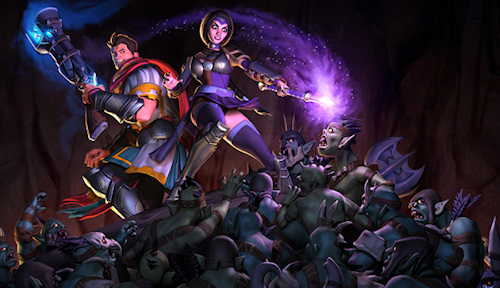