I first played this version of Street Fighter on my Sega Dreamcast years ago.  I recall being a bit thrown by it at first.  I had spent so much time playing Street Fighter II and its fifty variants that I had grown incredibly comfortable with a handful of characters like Ryu, Ken, Cammie and Guile.  I figured my Street Fighter II experience would translate well to this new game, but that was only half-true. 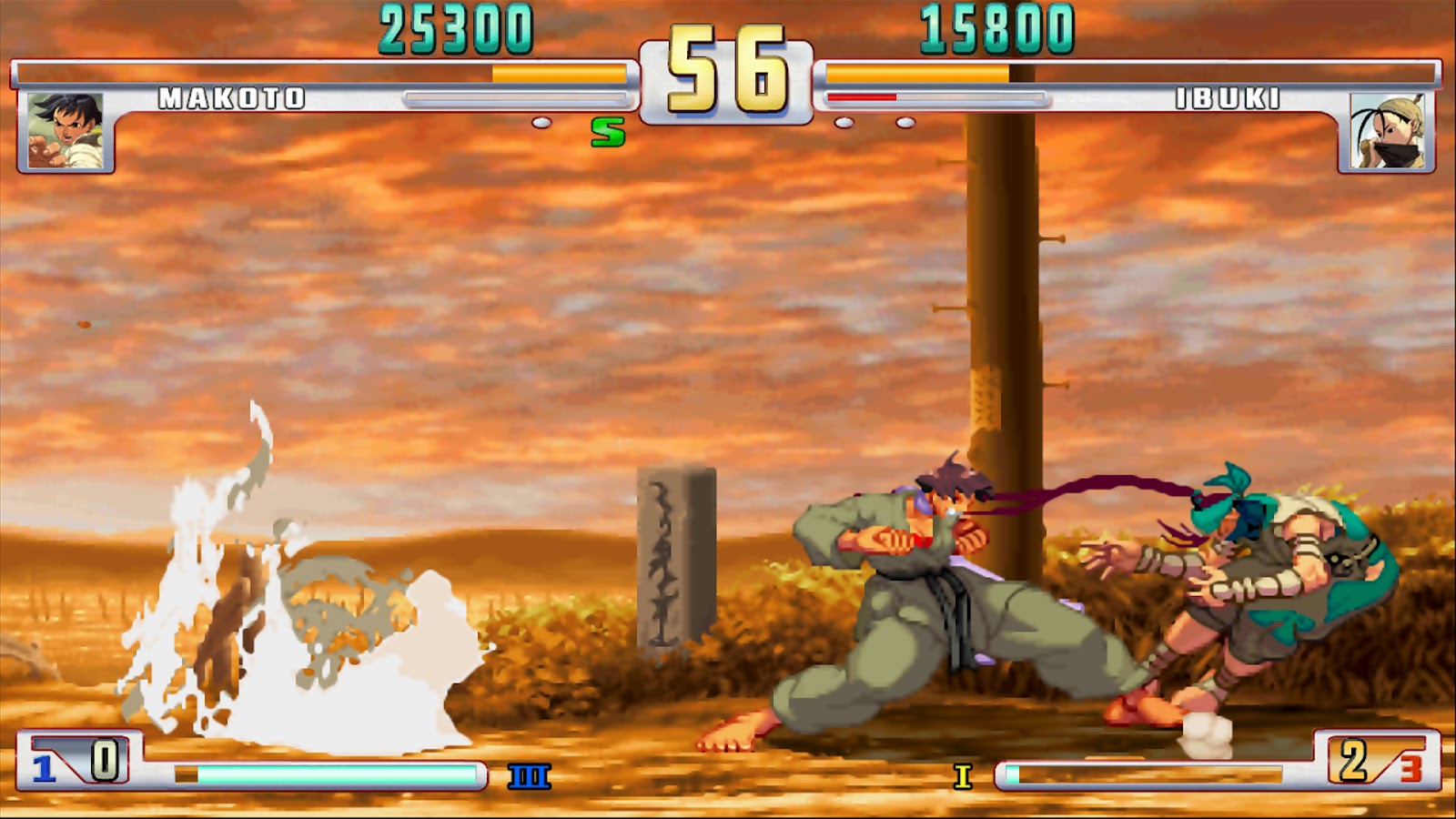 Many of the same techniques were used, such as how to pull off a character’s special moves.  Street Fighter III had a very different pacing to it though, and the addition of some of the more technical moves like parrying completely threw me off at first.

The backgrounds do little to impress, though the characters move nicely.  There is some good character design here, with a lot of unique animations and general character appearances.  That being said, the level of detail is not quite up to par with fighters today, though some of the filter options are cool to play around with. 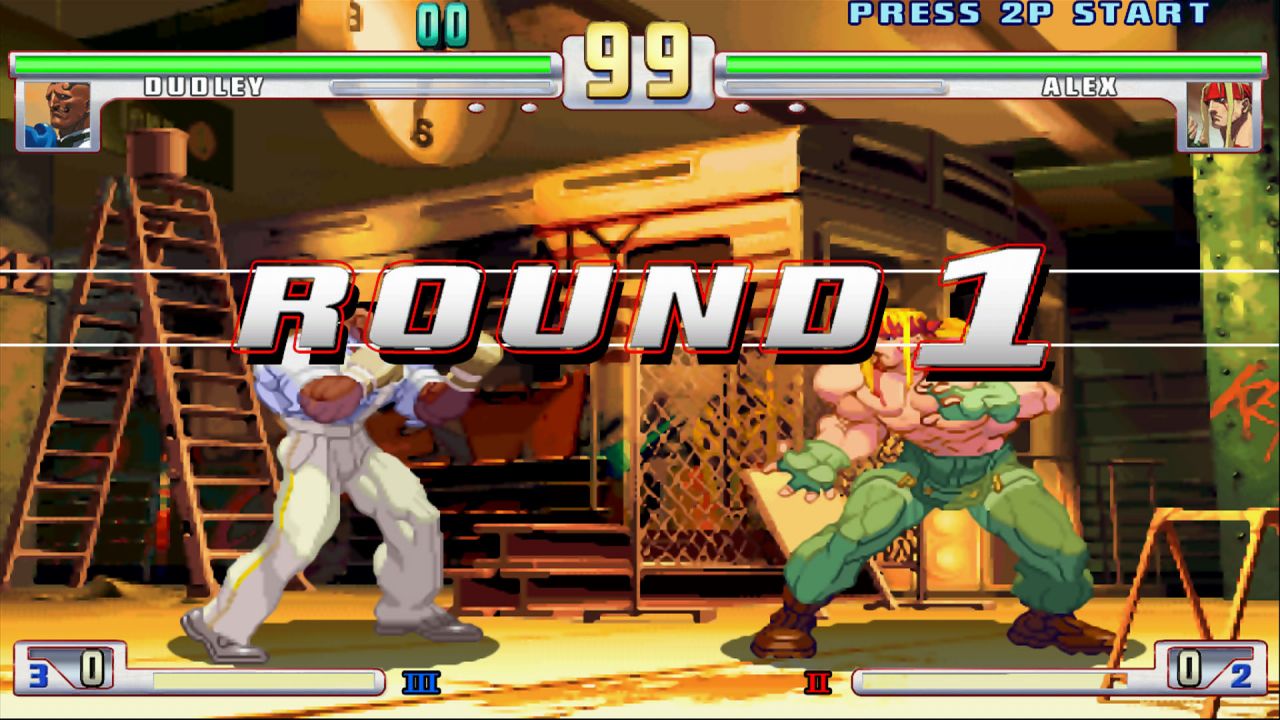 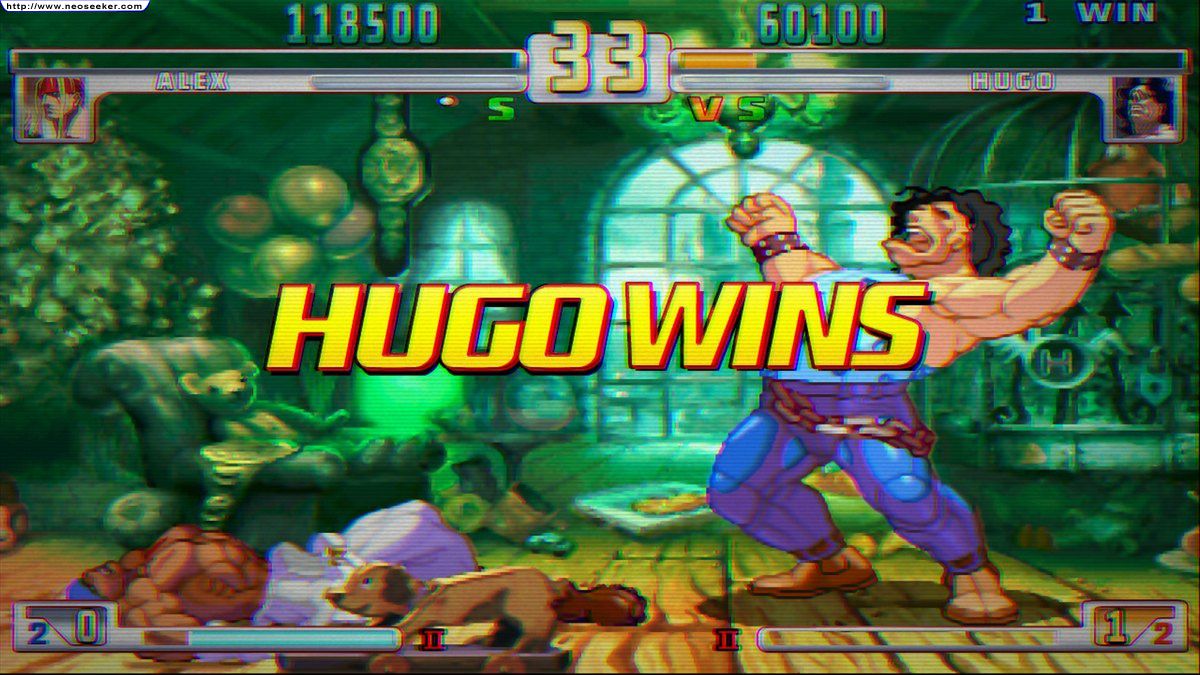 The controls definitely take some getting used to.  Street Fighter has always been able to manage the tightrope act of staying accessible and popular to the masses, while having some solid technical expertise behind the combatants.  That being said, I think this is probably the toughest Street Fighter game to master.  Canceling out of moves to pull off parries was an entirely new mechanic that really takes some serious time to perfect.

There are a ton of characters, as you would almost expect out of any fighter nowadays.  If you take the time to master a character or two, it is very rewarding in my opinion.  There is a very clear reward for taking the time to train and pick up on the combat nuances.  Street Fighter has never been particularly kind to button mashers, but I think Street Fighter III was actually the most elitist of the titles.  That will turn a lot of players off the way the incredibly technical Virtua Fighter series does, but for those who want to sink their time into it, Street Fighter III can be very rewarding. 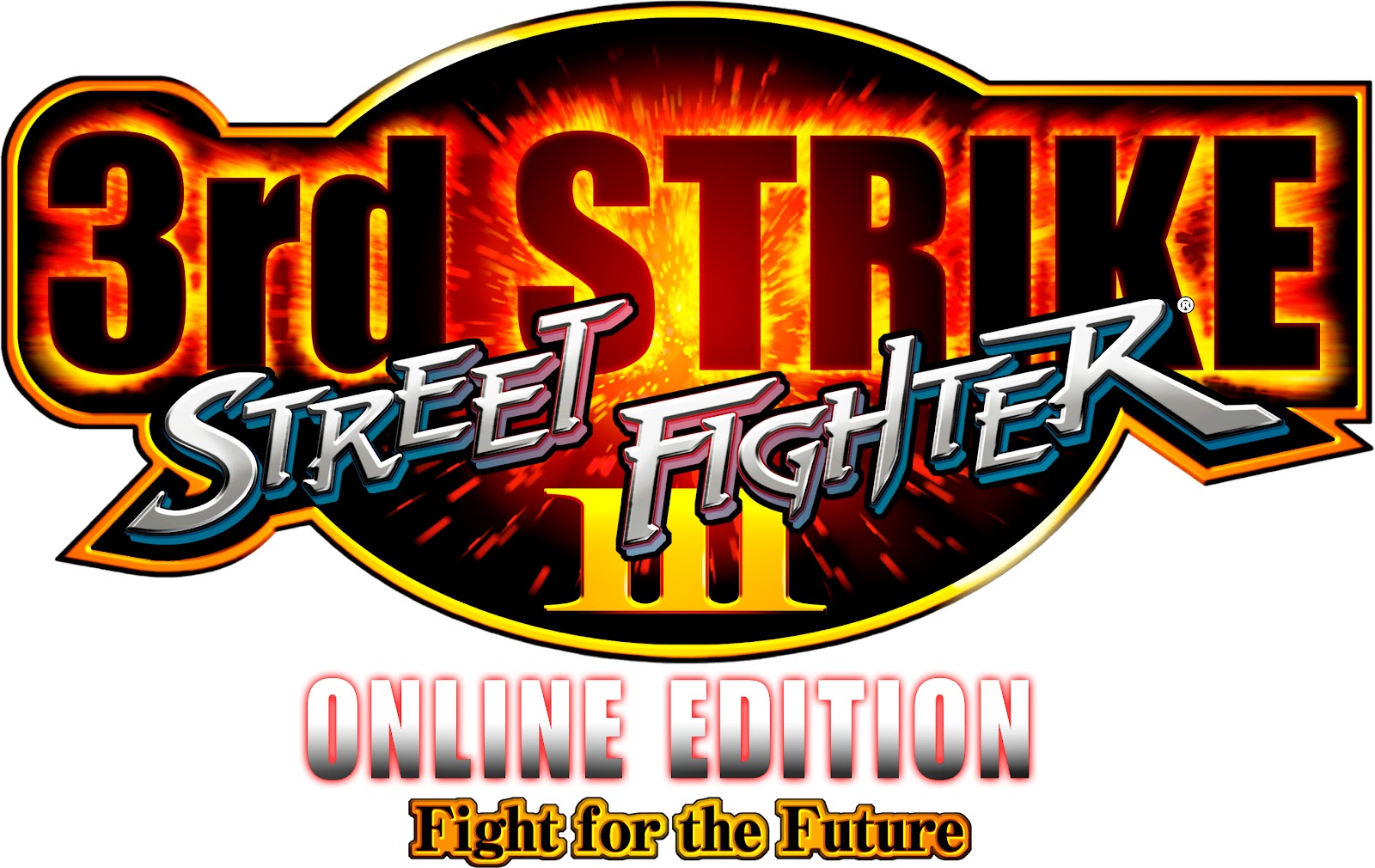 The online options add a ton of life to this game.  Everything looks and sounds good, but the real adventure is in learning and doing your best to master a particular character or set of characters.  The training modes really help with the difficult learning curve.  You have the sort of standard free mode for sparring, and you can even script what kinds of moves and combos you want to have the AI use against you.  But there is also a trial mode that gives you some challenges that range from ‘kind of easy’ to ‘ridiculously difficult’.  Oh, including the scenario from EVO 2004 called ‘Parry Trial 10’.  If you don’t know what that refers to?  Arguably one of the best Street Fighter finishes ever.  Well, here you go: