I picked this title up for Xbox 360 for one reason (usually if a game has an online mode, I grab it for PS3), and one reason only at the time – one of my best friends growing up was a huge Street Fighter fan, just like I was.  At the time, he only had an Xbox 360.  He was always better than I was, usually by a narrow margin.  If we played 5 games, he would win three.  I almost always used Ryu, he would break out Ken.  Fireballs and dragon punches ensued. 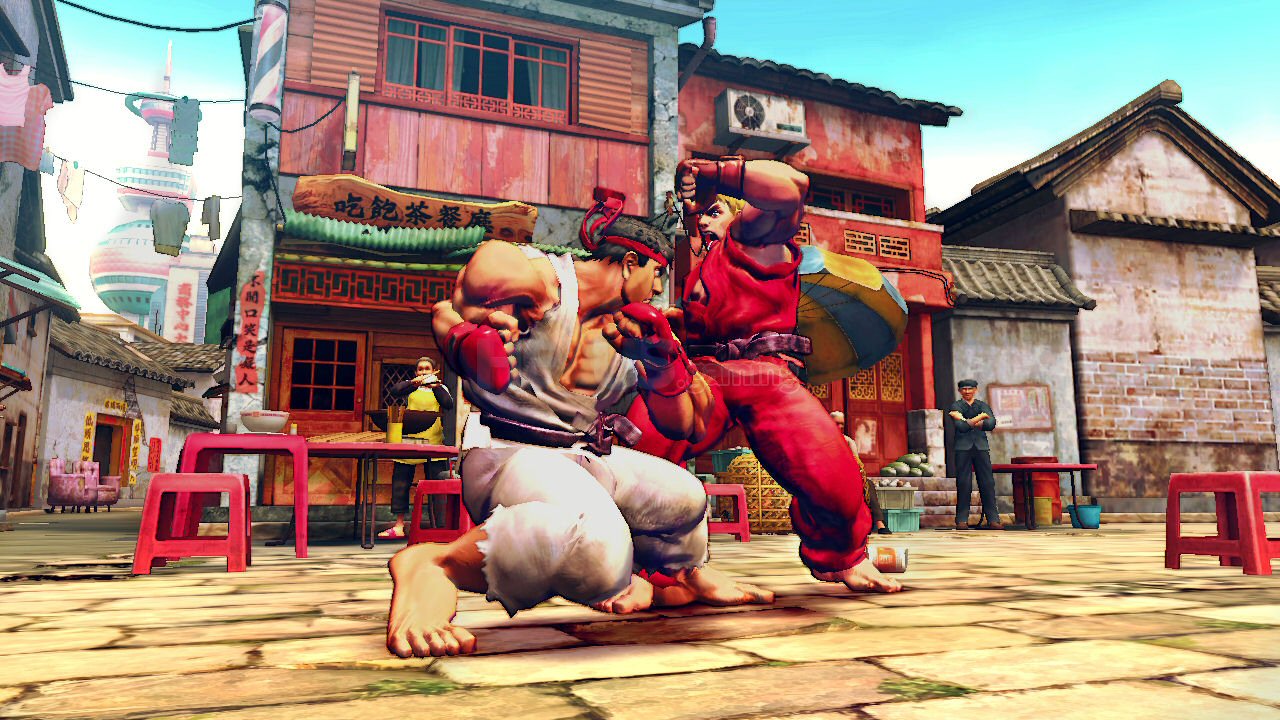 Funny thing is – he hated the game right at first.  We did a few online matches, and I won almost all of them.  He was getting killed by the AI.  It was all very entertaining from my standpoint.  Less so from his.  So, I started to spend some quality time with the single player modes and had a lot of fun with them.  Rest assured, the story takes a predictable turn as my buddy decided to play again, and got considerably better than me.  Again.  And started to beat me online.  Again.

The somewhat ‘chunky’ appearance of the characters was controversial with some people, but I did not mind it.  It was a new direction for the style and I felt like it worked just fine.  The animations are excellent, and the combat is fast and smooth.  The backgrounds are also fairly detailed and have some nice bits of movement to them – not that you will have much time to take them in with all of that frantic fighting. 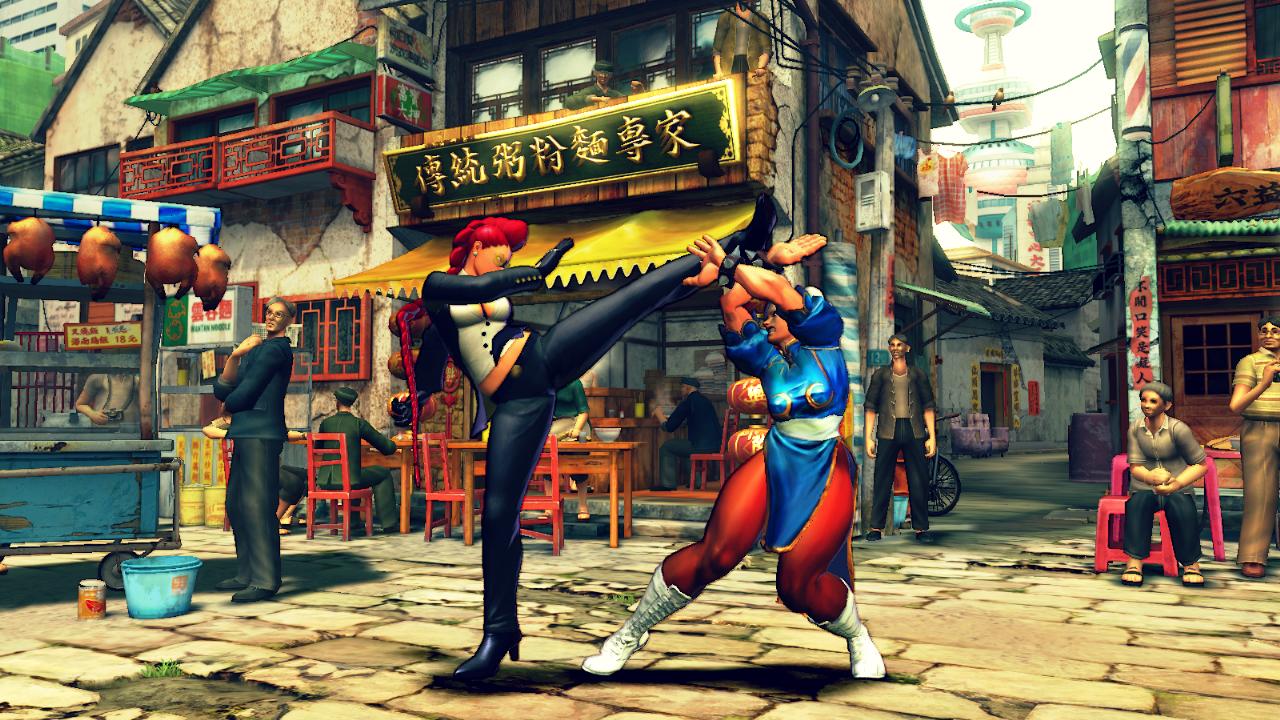 The music generally matches the locales and the pace of the combat well enough.  You do not get any voice acting, just the occasional character shout as they pull of moves or get hit by something.  I really disliked the intro song at the menu, which had a sort of odd pop beat to it that felt oddly out of place, but in future versions of the game (keep in mind, I’m only reviewing the original release here, not the Super or Arcade ones) apparently that was replaced – thankfully. 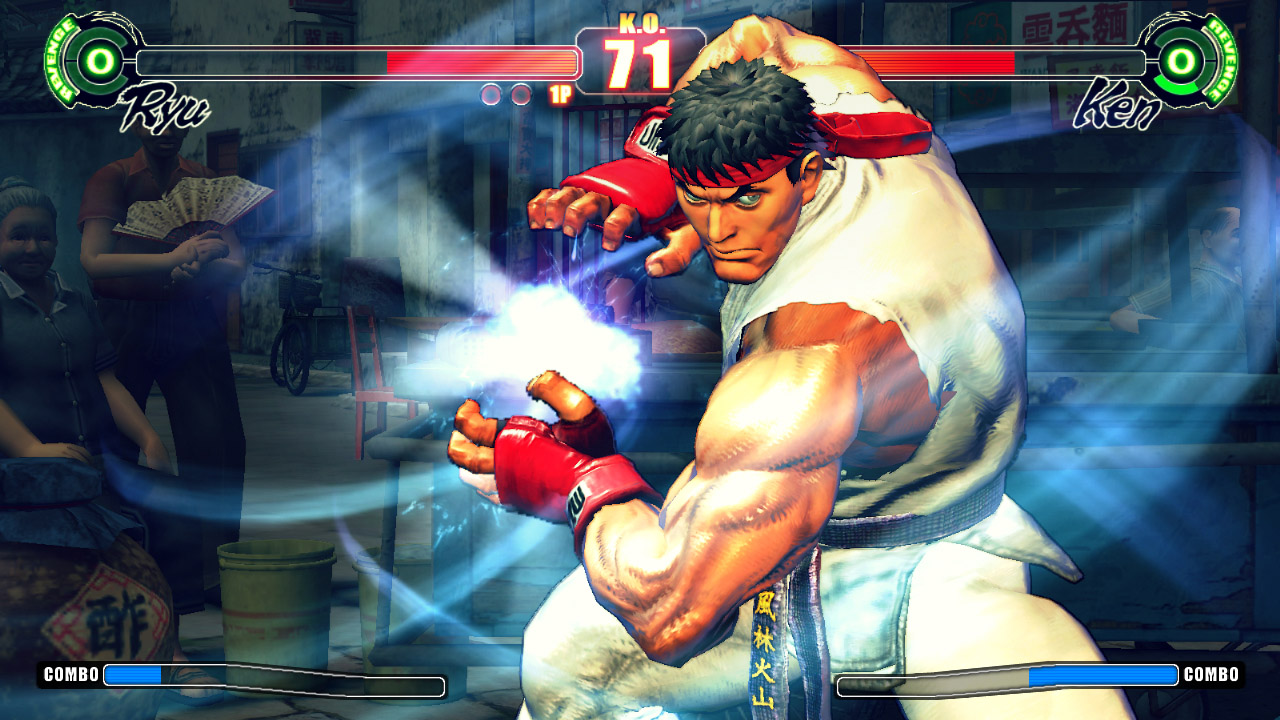 It is all about throwing down with precise controls.  That said, there is a slightly different feel to pulling off a dragon punch here, than doing so on say Street Fighter II.  The actual inputs are the same, but there is a change to the timing that is subtle, but actually makes the game a bit more accessible to newer players – which I think is a plus.  You will not win many games doing nothing but fireballs and hurricane kicks, but those moves did seem easier to pull off, which encourages newer players to join in the fun and makes newer characters more accessible as well.  Like the rest of the games in the series, practice may not make perfect, but it definitely gives you better ownership over the character and a higher chance of success when playing. 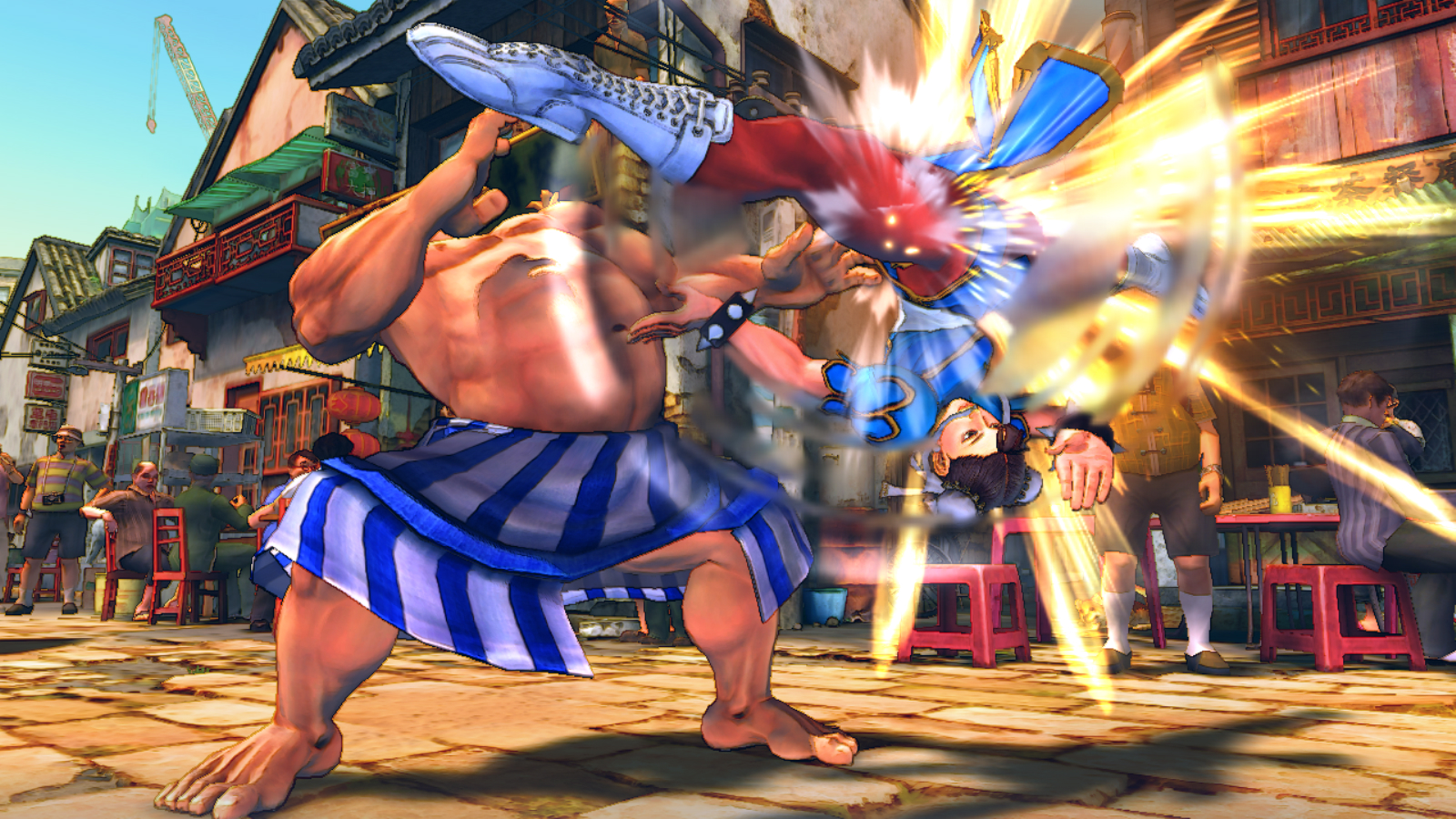 There was a lot to do with this title.  There were unlockable items – something I really enjoy.  Those had me coming back for more and more.  There were also plenty of single player modes, but more importantly for me and my friend – online.  We live two hours apart.  We grew up playing against on another locally on consoles and in the arcade, so it was a blast to play (and temporarily be better at) the game with him online. 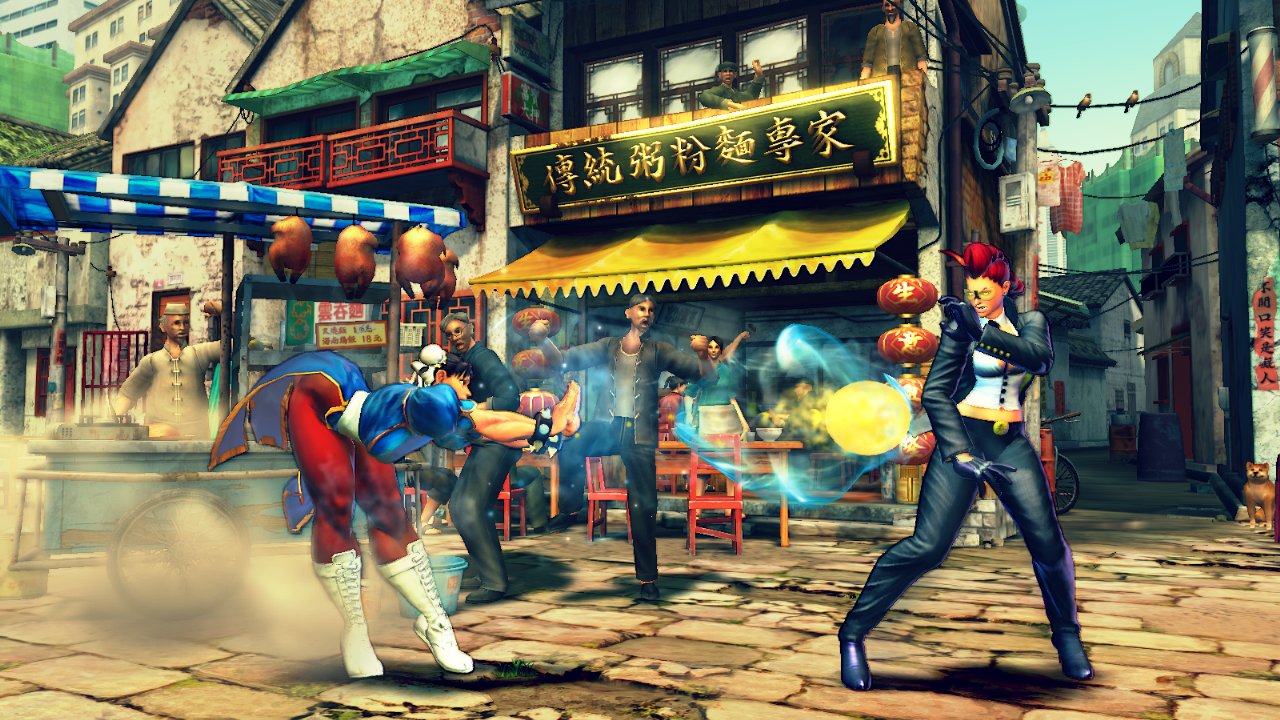 So, here is the problem with Camcom and its Super Street Fighter Sooper Dooper Nifty Hyper Turbo Edition HD Remixes… There have been two more iterations of Street Fighter IV since I played this original one several months ago.  They newer variants are likely better.  I fully plan to pick up the latest Arcade one cheap at some point soon, and if I do I will review it and link it to this guy eventually.  But, I can only really review my experiences with the game and my impressions of it, and at the time I enjoyed it quite a bit.  I kept meaning to do a write-up on it and just never got around to it – so here it is.  An excellent fighting game that is accessible to newcomers but gives veterans a reason to come back to the series as well. 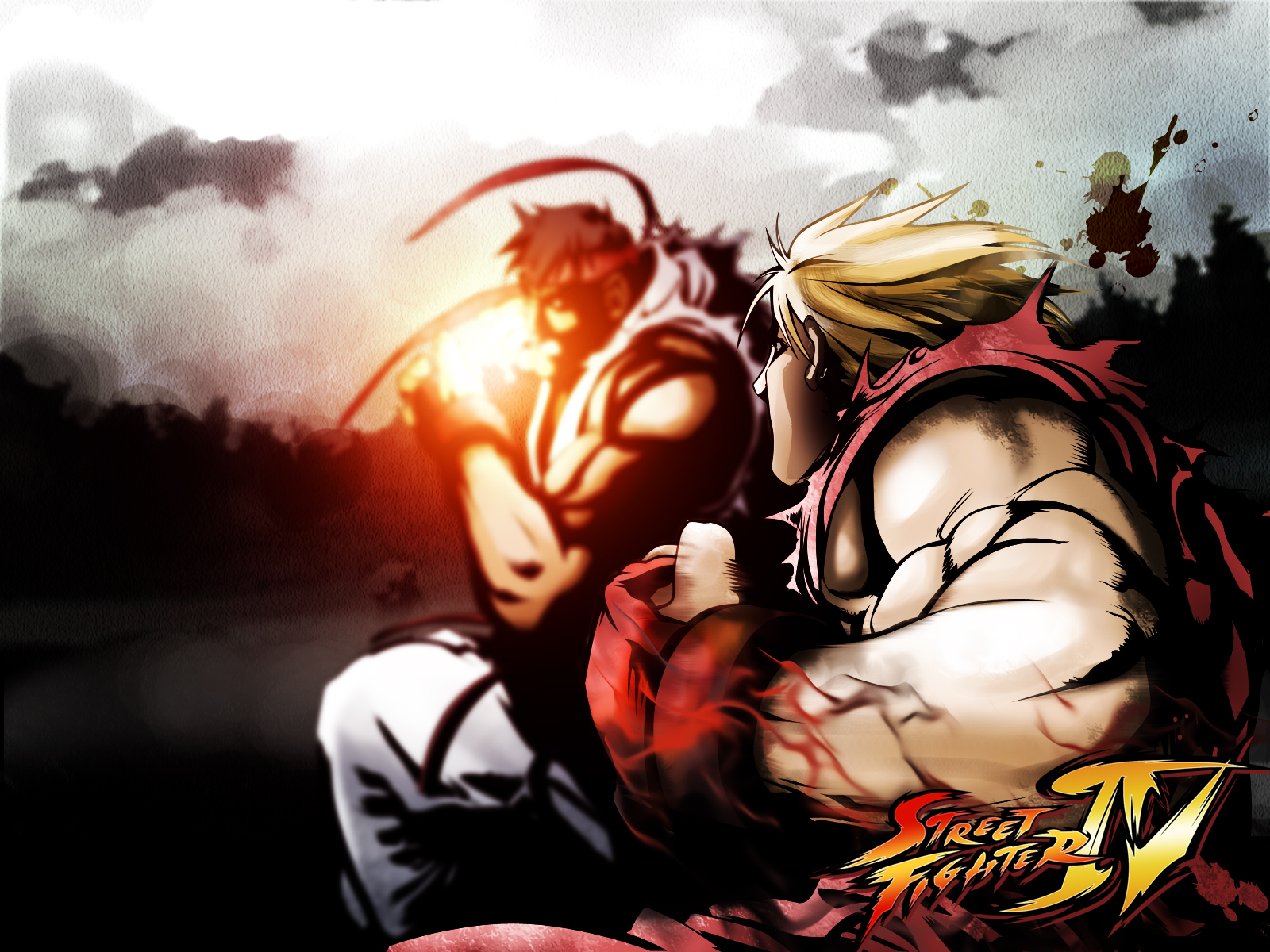