Well, kind of – but not.  I picked up Street Fighter IV shortly after it released some time ago, and then traded it in.  Then when my wife got me my 3DS for Christmas last year, she picked up a slew of games for me (rough life, eh?).  One of them was Super Street Fighter IV.  So, this was the first of the Capcom reiterations of the Street Fighter IV series.  Normally, I do not know if I would bother to write up a full review for this new version, but the key for me is that it is on a new system, with a new audience while having more than just superficial tweaks to the original formula. 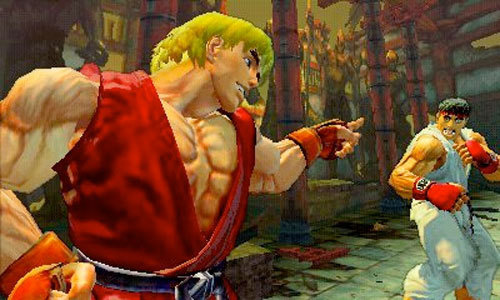 So what are we looking at here?  A port of the game that released on the PlayStation 3 and Xbox 360.  It is still a one-on-one fighter with a large cast of characters, but now it uses the 3DS’ 3D effect.  How well does it work?

This is a bit of a mixed bag, in my opinion.  The character models are large and detailed, passing as a good representation of what the console owners see.  However, the backgrounds look considerably worse in this iteration.  They just look a bit bland and washed out, with no animation taking place.  The 3D effect itself is a bit of a mixed bag, because while the effect is actually very cool – the framerate does not hold up.  In a game that looks so smooth on the console versions, this stood out to me just a bit more than I would have liked on the handheld. 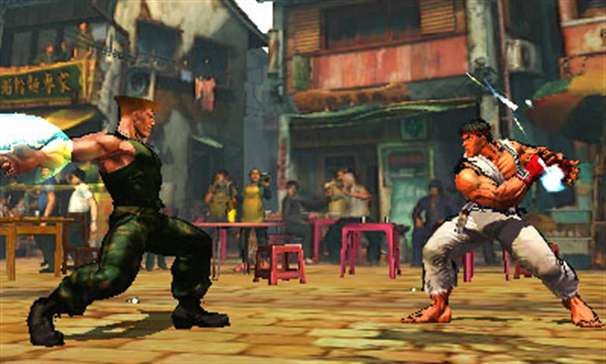 Not much is lost and nothing really is gained from the console counterpart.  There are some decent tunes, though none of them came across as particularly memorable.  Still, the music suited the action and locations nicely.  The requisite shouts and grunts are all here as well. 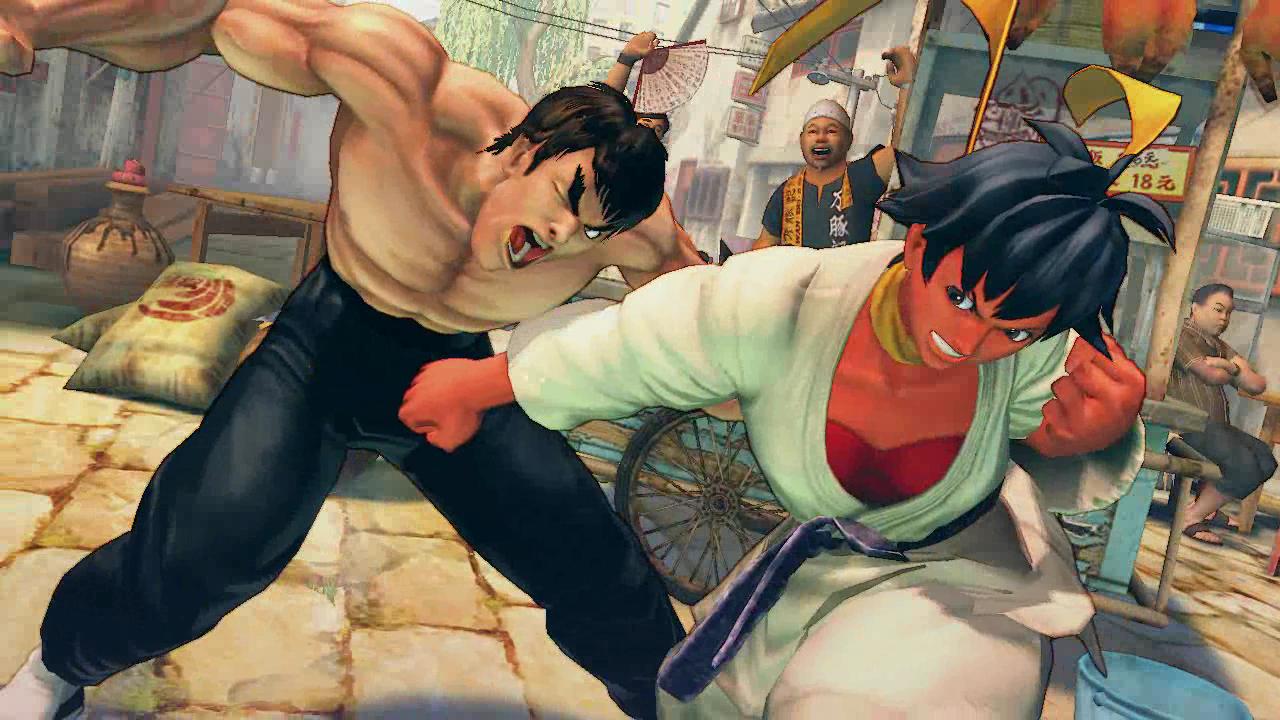 This one could almost merit two scores.  I would give hardcore fighting fans a 7 and more casual players a 9, so I will split the difference and explain why.  For me personally, handheld fighters have never been quite as responsive as their big brothers, the console.  The way I beat on the controllers is something I tone back a bit when playing on a PSP or 3DS, and that holds true here.  It just does not feel quite as precise.

That being said, the 3DS does an excellent job of incorporating a new one touch mechanic.  There is an optional ‘lite’ control scheme that allows players to perform more complicated moves.  You can script out a move, like a fireball, and add it to one of four ‘touch controls’ on the lower half of the 3DS and pull off a more complicated move more easily.  It is a very nifty idea that opens the game up to a wider group of players. 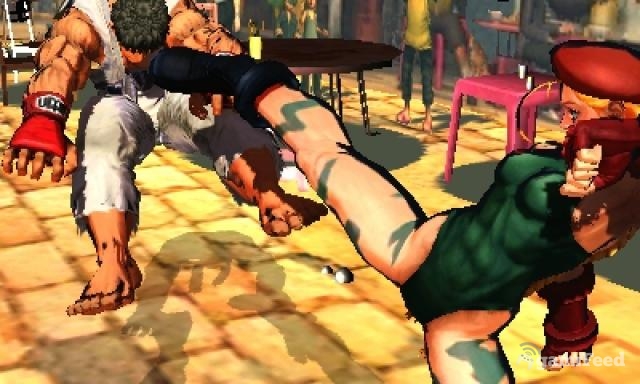 The online modes are here, but I sometimes struggled with the matchmaking.  It was not bad, and it was not a consistent problem, but every now and then it seemed like I dropped for no apparent reason when I have no such trouble using my wireless network on console games.  There is actually a fair amount to do offline though as well, like collecting figures. 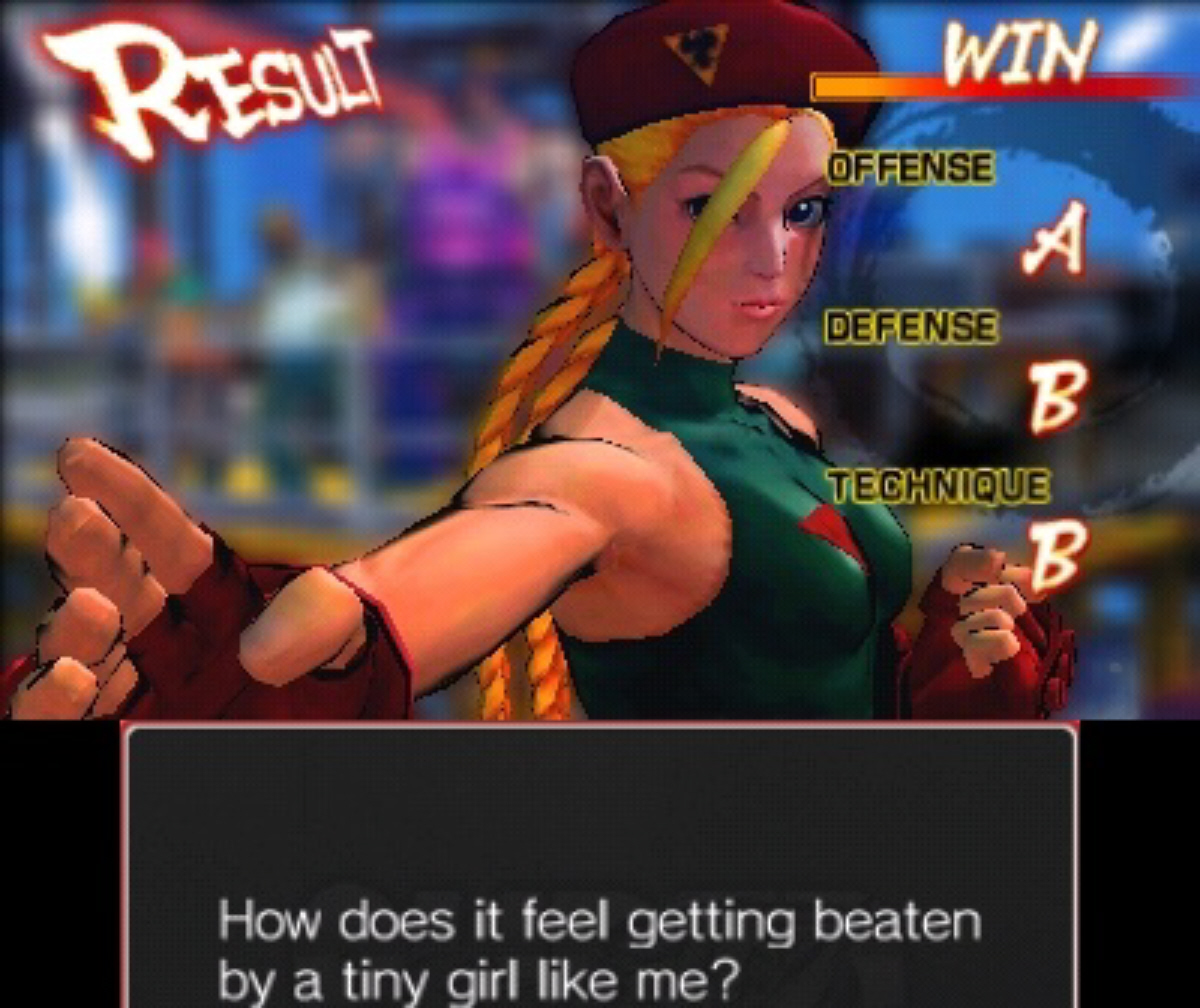 This really was a solid effort by Capcom to cram the arcade and console fighting experience into a handheld.  The game does not appeal to my son as much as me – he prefers Dead or Alive: Dimensions on the 3DS.  I suspect because you can button mash a bit more effectively there, where Street Fighter is a more technically demanding title.  Compromises were made going to the small screen, but not a lot of compromises and I enjoyed the game quite a bit.  That said, it does feel like this version is catering just a bit more to the casual fighting fan than the veteran ones.