Halloween is right around the corner, and with it – my slighter darker themes and wallpapers for about the next month.  Hope you all have a good weekend planned.  Mine will (surprise!) consist mostly of gaming.  I have a few different things I’m juggling going into this weekend: Actually getting some decks revamped for my weekly Magic: The Gathering card night on Monday, reviewing the Magic: The Gathering expansion DLC for Planeswalkers 2013, catching up in my Madden online franchises (I have 3 and I’m behind in two), trying to make some headway in Dragon’s Dogma (big game, and I’ve easily sunk 30 hours into it while only having gotten through about half the main storyline) and I’ve been trying to work on some new things for my MUD as we usually have a Merriment of Masks festival on there around Halloween.  We will see just how much of this stuff I put a dent into by Monday morning when I post here.  For now?  I have a review of a game that is not necessarily a horror one, but has some tense moments that fit decently with the site update.

I remember seeing some footage of Hydrophobia back when it was first announced for the Xbox 360.  The water-related physics and graphics looked pretty impressive and it was officially on my radar.  Then it came out to tepid overall reviews while I was in the middle of playing quite a few other games, so I just never bothered to pick it up.  Since then it has been re-released with the ‘Prophecy’ addition to the title, and by and large the reviews were much more positive afterward, claiming that this was the definitive release to try.

The game has a Tomb Raider in water feel to it.  You control a female protagonist who uses guns to deal with enemies while you solve environmental puzzles via lots of climbing and jumping.  It is a tried and true formula that has been imitated quite a few times over the years, with some examples being more successful than others. 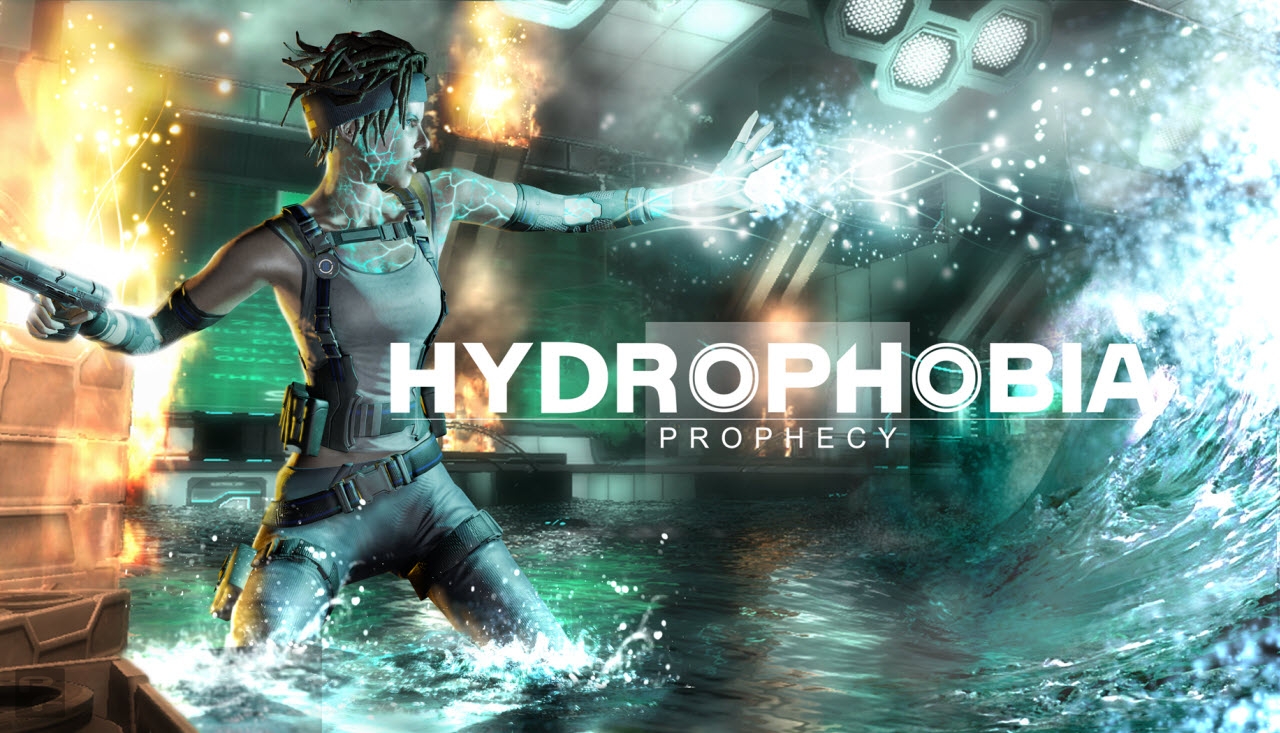 This game looks better than a lot of downloadable titles, but the character models sometimes move a bit stiffly and the environment uses a lot of recycled assets.  The water however, looks amazing most of the time.  It plays a big role in the actual gameplay, but the way the water moves and reflects the environment is very impressive. 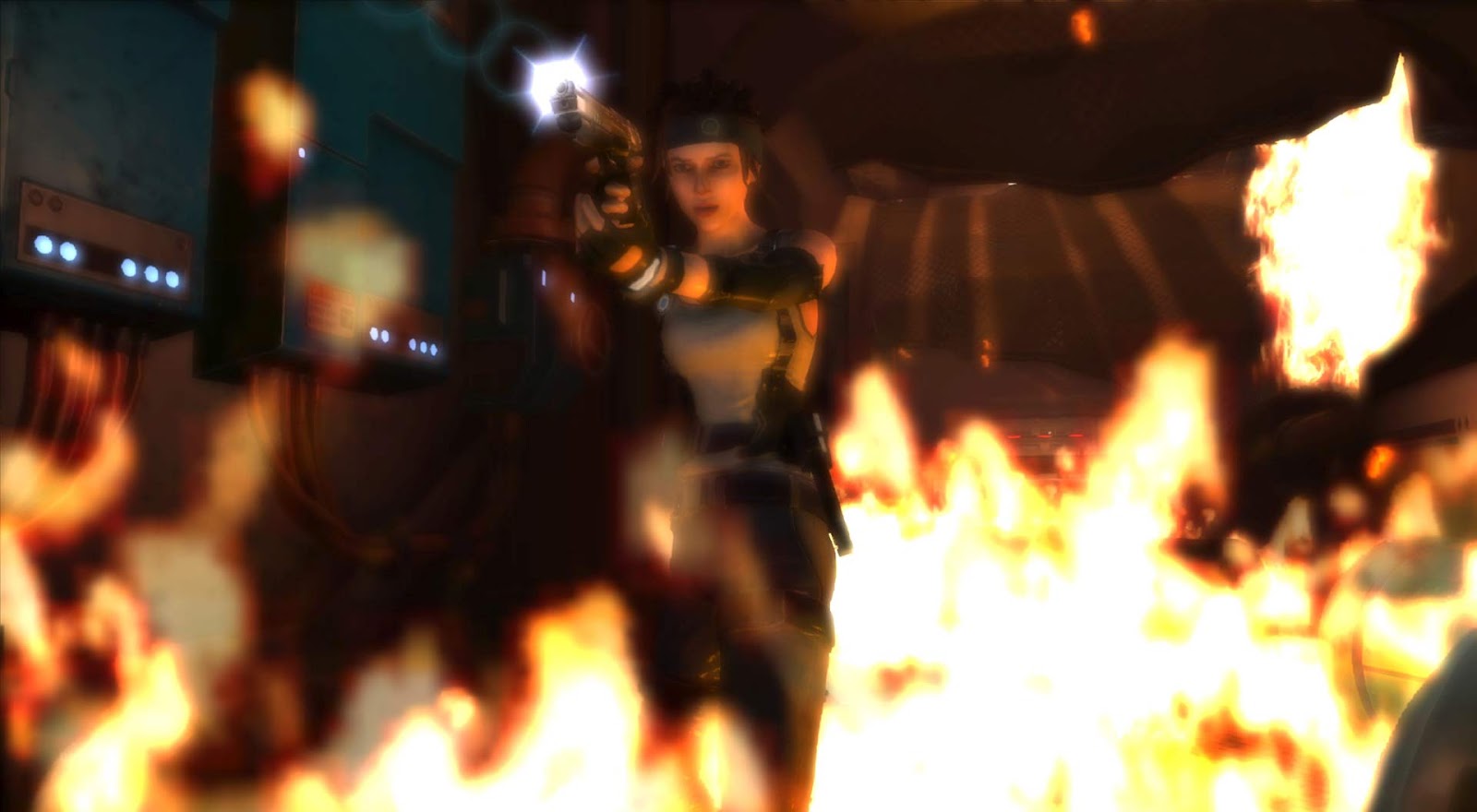 The music sets the scene with all the right raising and lowering notes that help make it easier to get into the experience, while offering no songs that I really wanted to rush out and hear again afterward.  There is a lot of voice work here, though some of it is better than others.  The sounds of your enemies repeating the same basic lines is offset by some of the spoken dialog by the main character and whomever she is interacting with at the time in the game (usually her friend Scoot). 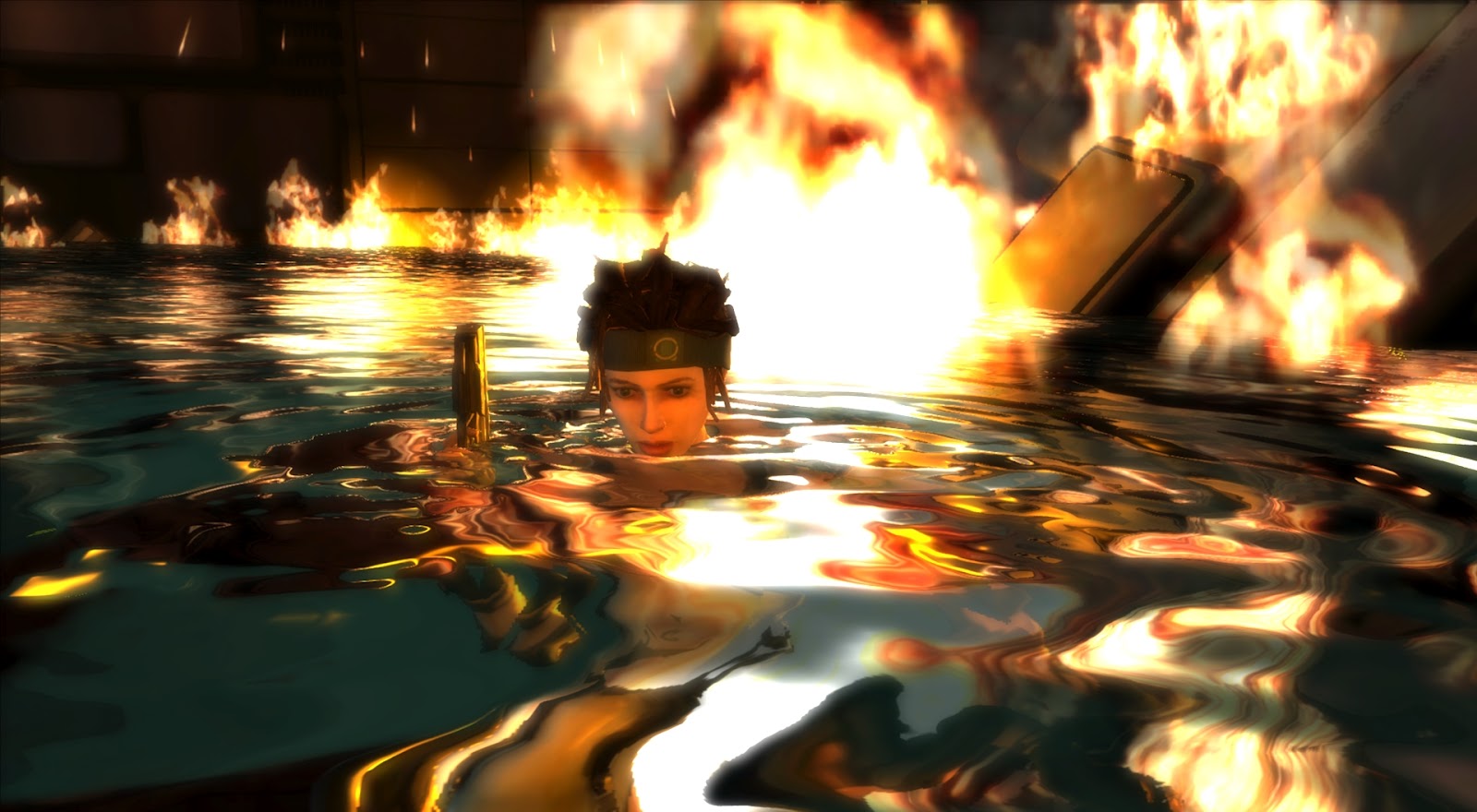 The water handles very, very well.  You feel the splashes, pushes and pulls of the watery environment all around you.  Unfortunately the gunplay in my opinion is really sloppy.  You get used to it after awhile, but you spend so much time shooting bad guys that it would be nice if this aspect of the game had been a bit better polished.  Also some of the puzzles are rather annoying.  I don’t recall finding any that I could not figure out, but just trying to dart in and out of the water, worrying about getting shot or running out of air – often while backtracking through areas you have already traversed – got on my nerves now and then. 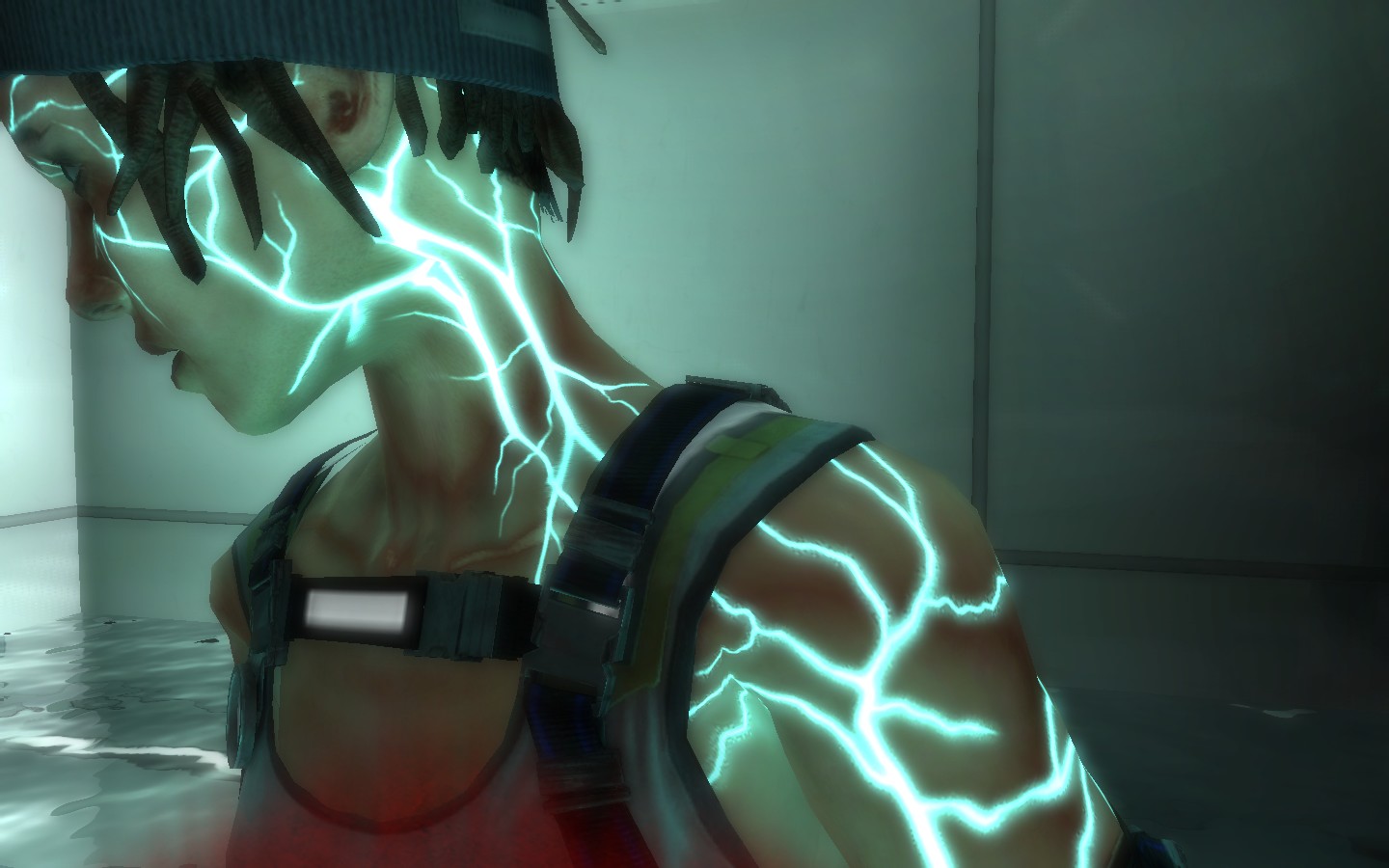 This is a short game – I think I beat it in two sittings.  There is no multiplayer and there is no variance in the storyline to encourage repeat sessions.  That said, there is a Challenge mode that you can play to try and get high scores on leaderboards.  However, I personally get very little mileage out of leaderboard play as I prefer storylines or multiplayer. 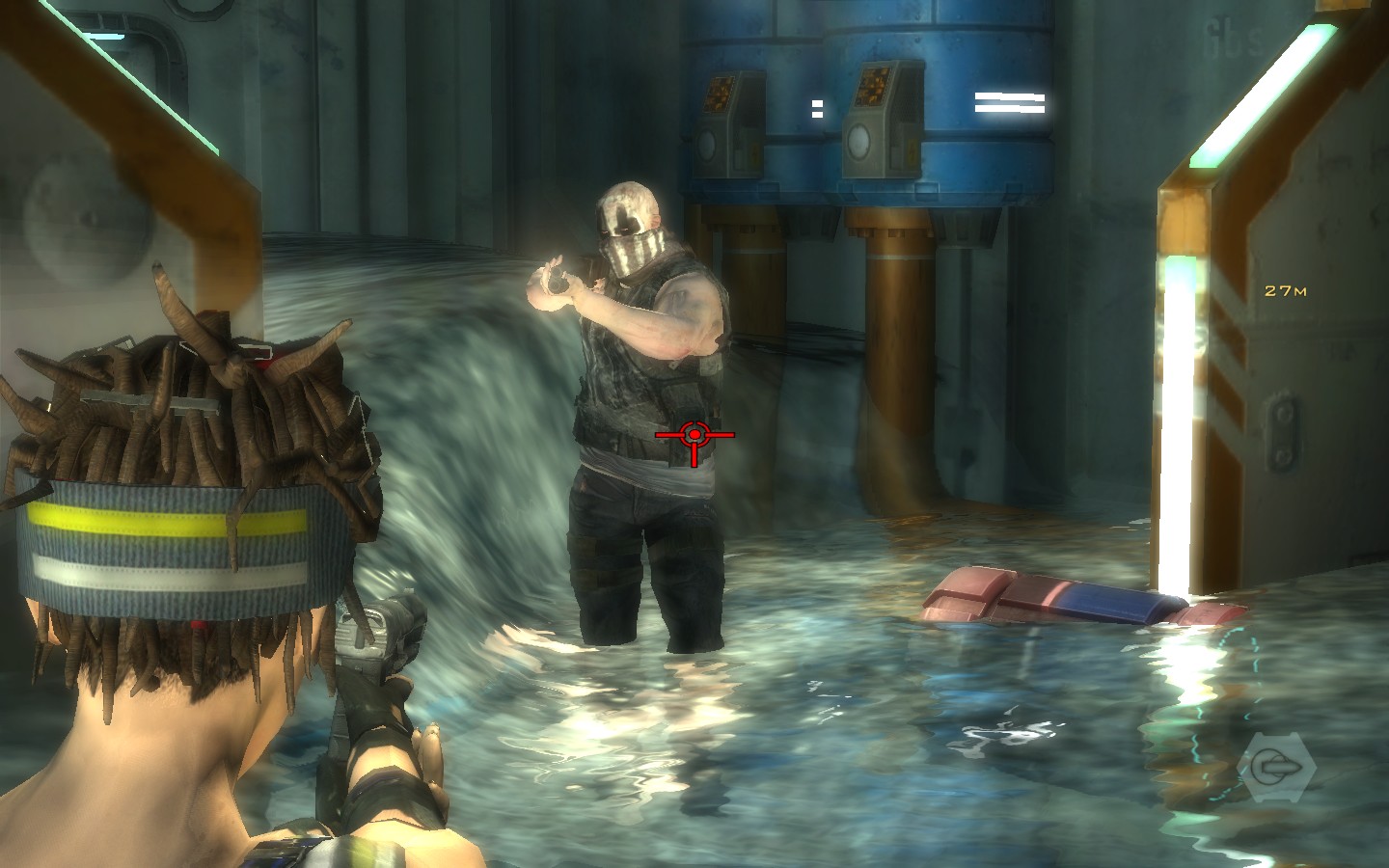 There were some nice touches to this game, and the water physics are pretty cool – and something that other games could probably learn some things from if they impliment similar situations.  However, it feels a bit more like a novelty – not something an entire game should be built around, and maybe that is reflected in the relatively short completion time.  The developers truly wanted to see this game succeed as evidenced by a feedback option in the menu where you could choose from several options to deliver a surprisingly detailed bit of feedback given that there is no actual keyboard entry for it.  That notion is only reinforced by this later release of the game that looks to solve some of the problems from the initial version.

All of that said though, it was just not a game I enjoyed as much as I had hoped to.  I have seen and played games similar to this that were just done far better overall.