comments Share
You are reading
Legends of Pegasus – PC Review

Kalypso media has released some good, ambitious games in the past.  Sometimes however, their ambitious outstrip their resources I think.  Dungeons was a title that I thought had a great premise, but a fairly poor execution as I said in my review.  When I read about the 4X strategy title Legends of Pegasus, I immediately liked what they were trying to do – but I also was a bit worried that the game itself might come out a bit lacking in the end. 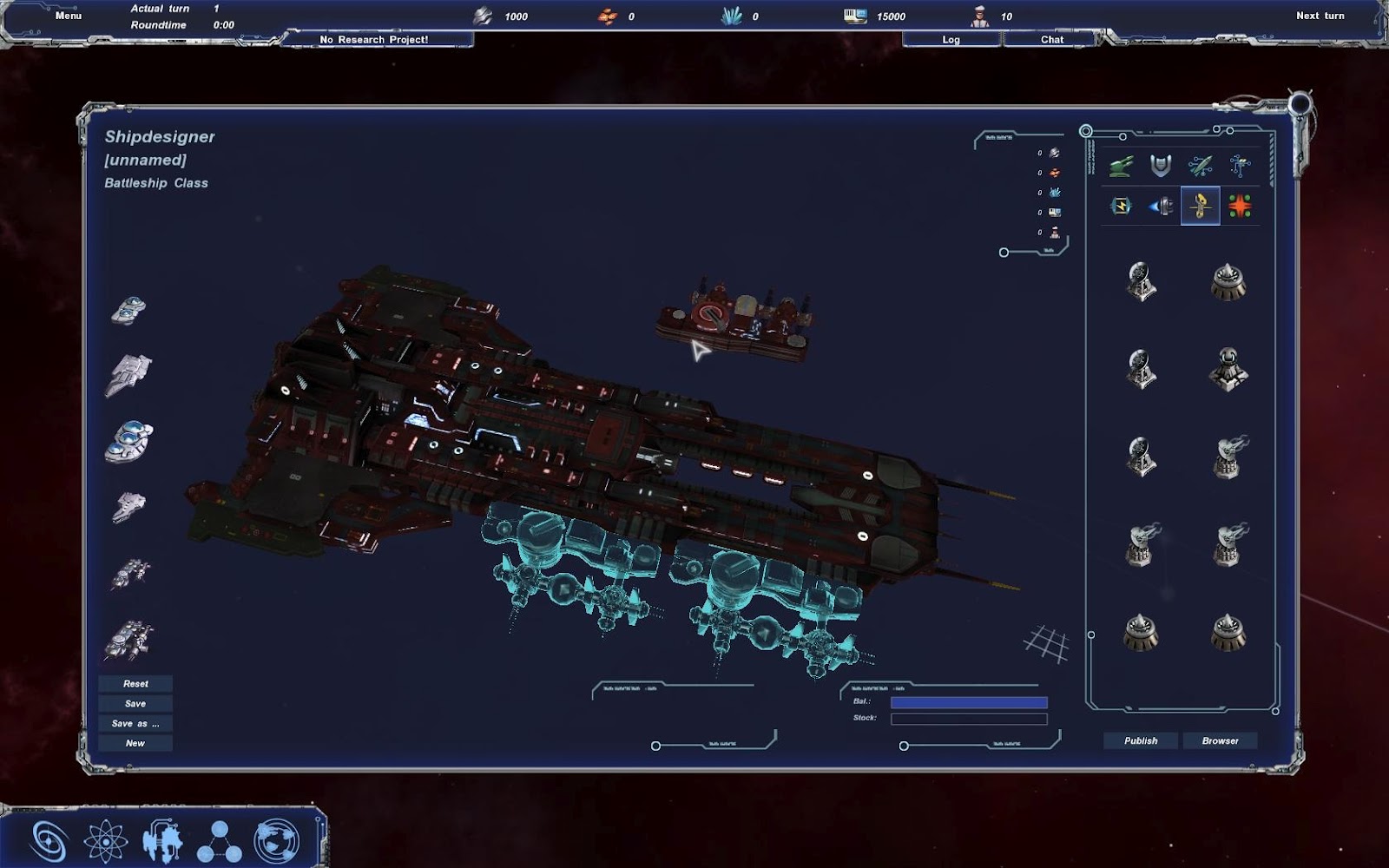 What is a 4X strategy title?  It is generally defined as eXplore, eXpand, eXploit and eXterminate.  These games are generally science fiction in nature (but not always.  Civilization is probably one of the best examples of the genre), and generally turn-based, though there are some real-time examples out there as well.  There are usually several areas of emphasis ranging from economic, military and technological improvement.  By no means are they generally easy to get into if you are unfamiliar with them, but for fans of the genre, they present some deep strategy and entertainment.

Legends of Pegasus actually employs elements of turn-based and real-time strategy, offers multiplayer and a single player campaign.  There is a sort of ‘kitchen sink’ mentality here, where they seem to throw just about every idea found in other games into Legends of Pegasus.

The graphics are decent, in my opinion.  There is some good detail and use of color that makes important information stand out when necessary.  I would not go so far as to say they are stunning, and depending on your machine, they can stutter a fair amount when you have multiple things going on at once.  I tried it on two different machines, and my primary one was okay, but my laptop did struggle at times. 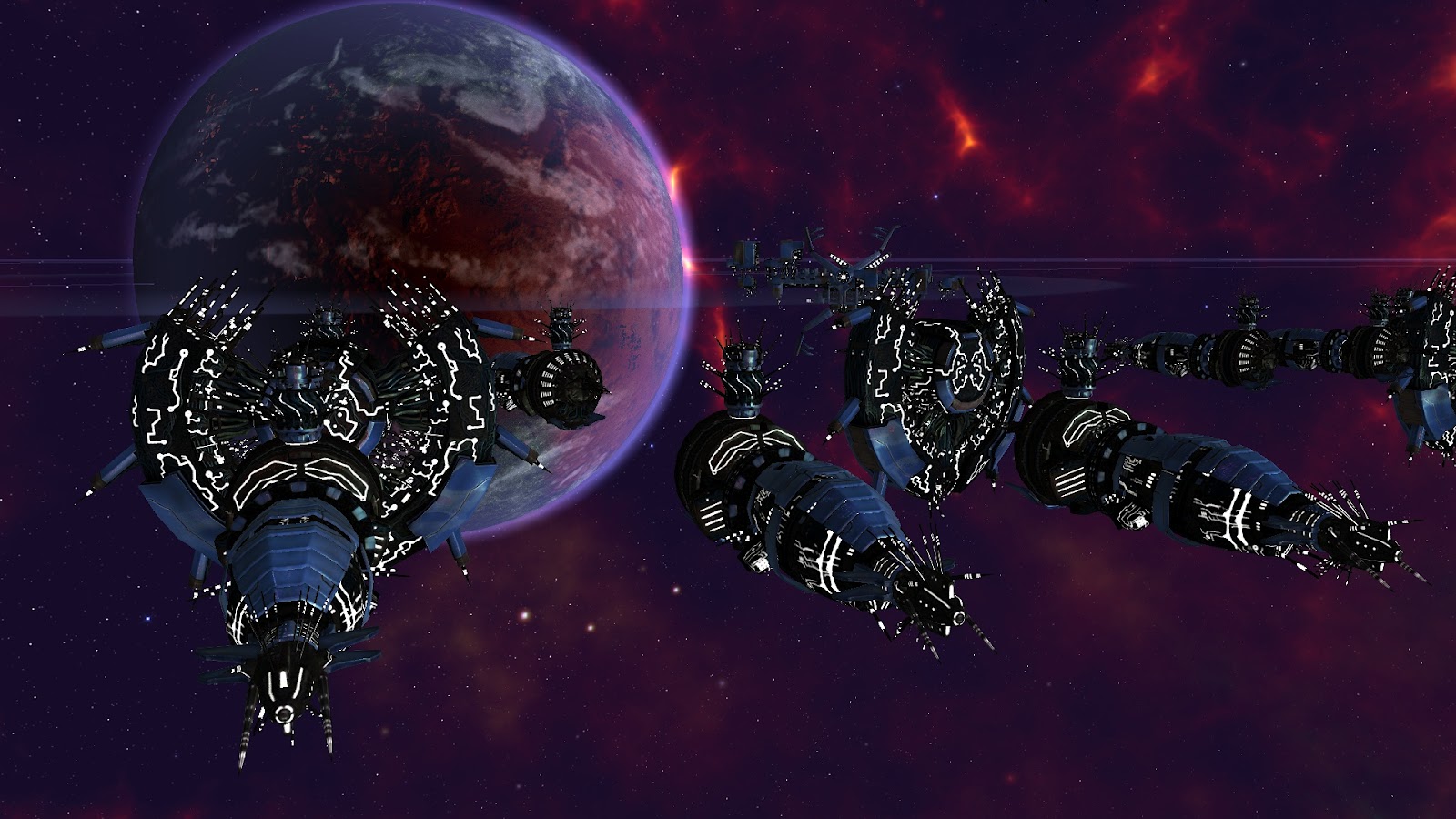 None of the music was especially great, but it never got to the point where I had to mute it due to annoyance either.  Sound effects are really fairly minimal.  Again, they do little to impress, but nothing to annoy either. 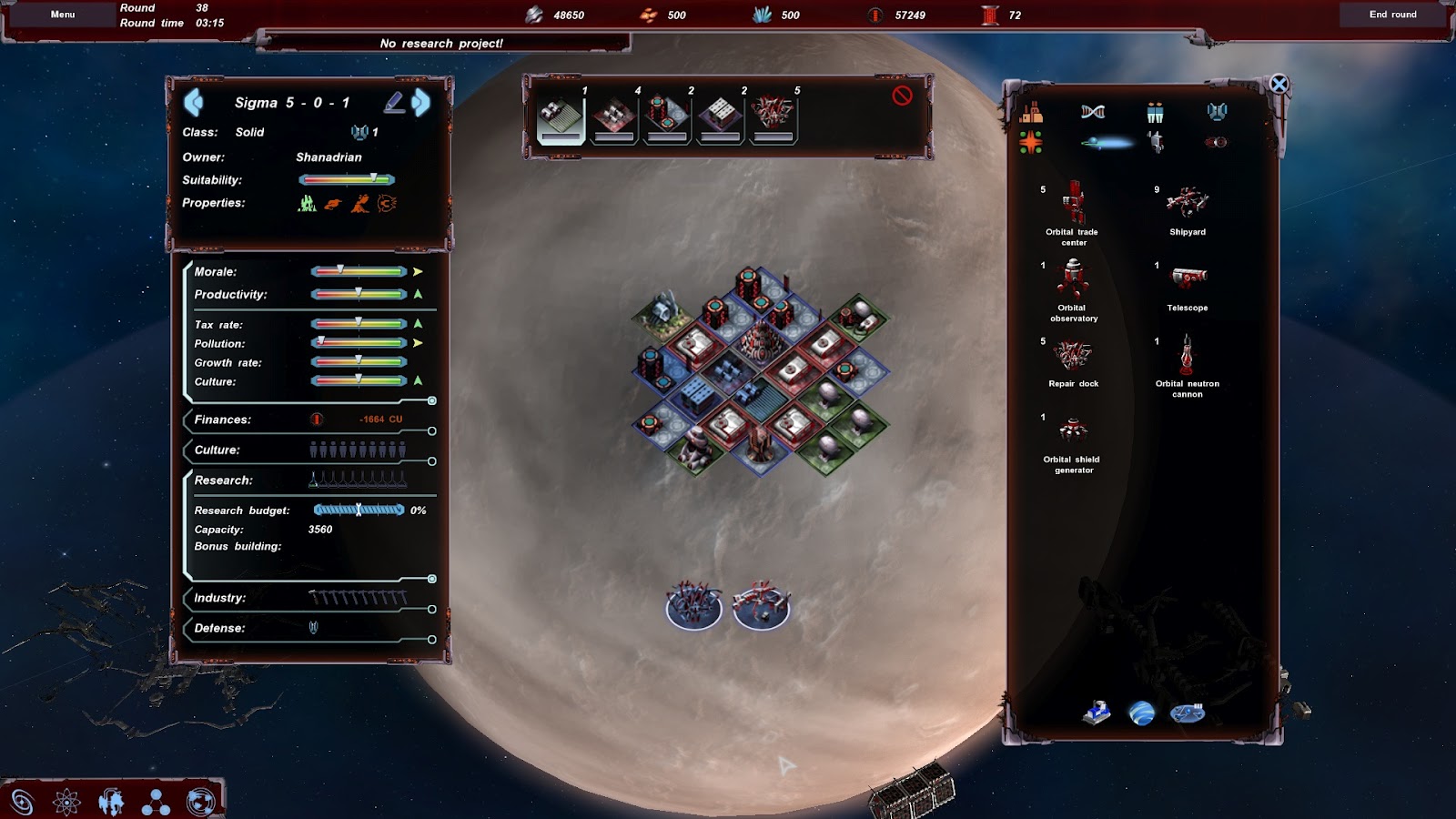 Here is the thing.  For a newcomer to the series, there is so little in the way of proper training or introduction, that they will have a hard time getting into the title.  For veterans of the 4X genre, there is plenty to do, but it often does not feel like it ‘works’.  The debt system completely baffled me at first, and combat surprised me by being real-time while the rest of the game was turn-by-turn based.  I really did not mind the real-time combat, but it did seem a bit out of place at first.  Unfortunately your opponents are none too bright in combat, and usually use only straight-line strategy as they barrel into the wall of your ships.  No real flanking tactics to try and get around your defenses. 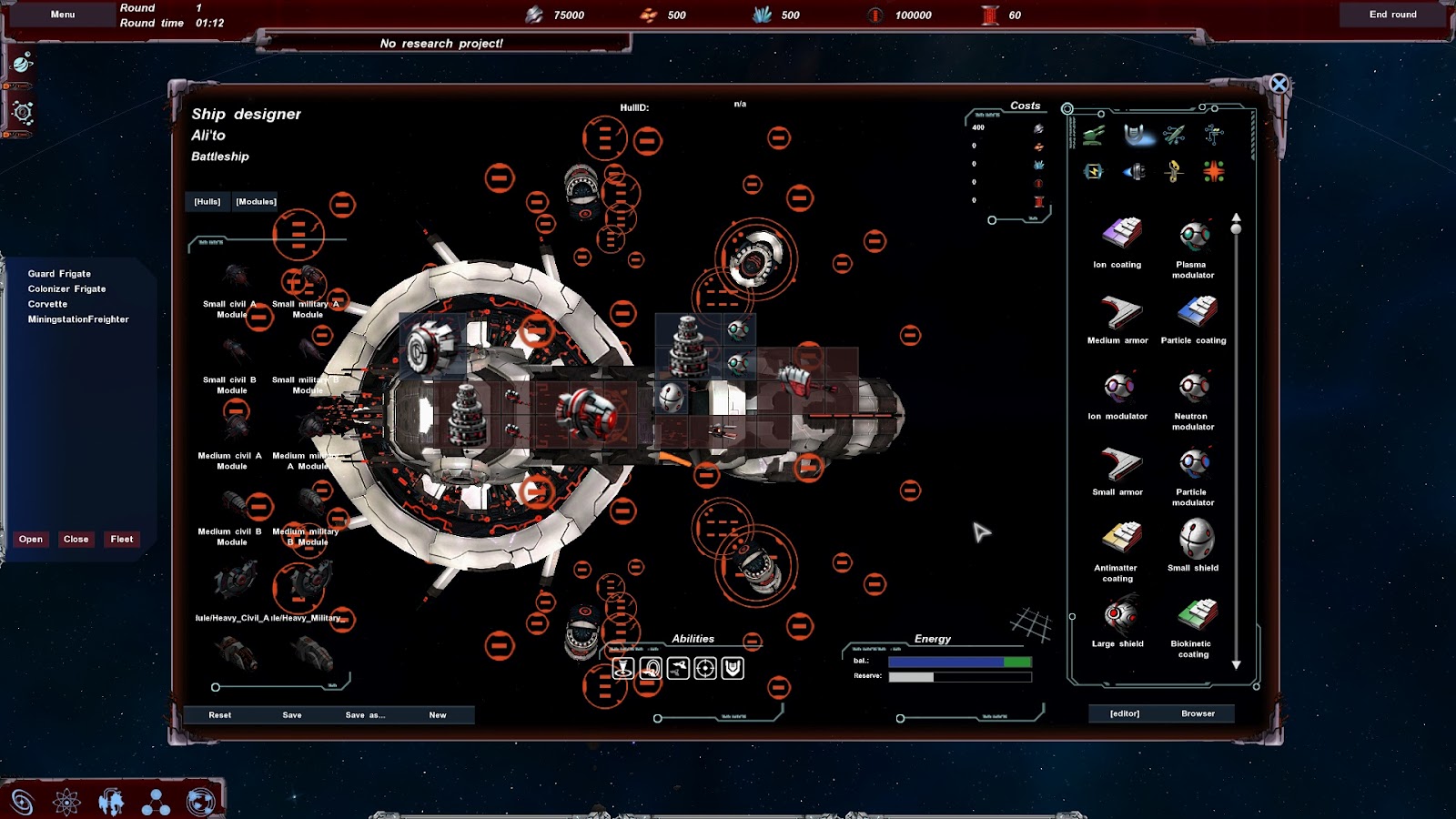 Ouch, right?  Well – yes.  This game has been patched 6 or 7 times already, but it’s only been out a week and a half.  It released in what could generously be described as a ‘buggy’ state.  Others have gone so far as to call it alpha or beta.  Playing for any considerable length of time caused degraded performance at best, crashes at worst.  Early on there were broken UI options, buggy audio problems and even an inability to load some saved games.  Seriously, this thing’s release made Skyrim look downright bug-free. 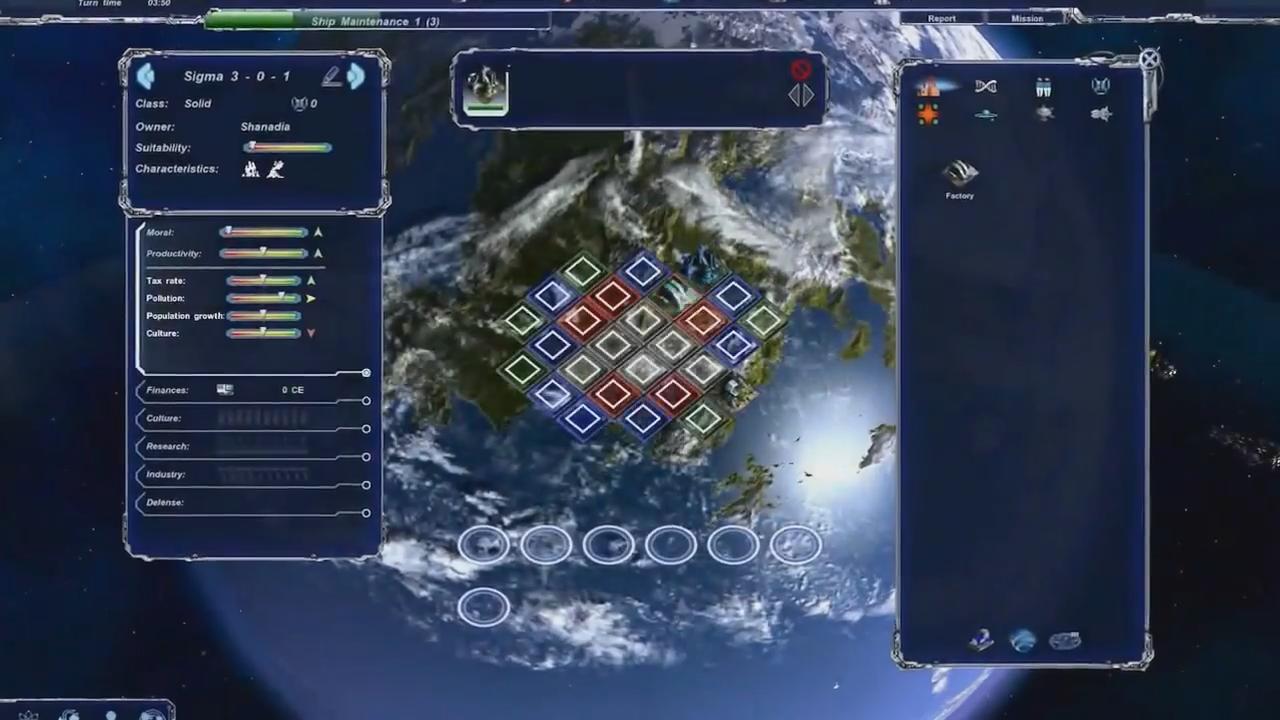 I understand games come out with some bugs, but this was ridiculous.  You could fill at least 1, maybe 2 pages of a Word document with the patch notes so far.  On the one hand, that may be taken as a good sign – the developers appear to be trying their best to salvage the title.  That being said, there is no excuse for a game being released in such an unplayable state.

Even then, I am unsure how much fun the game itself is.  I played it for about twenty hours, but the storyline did little to hook me, and while there are a ton of ideas thrown in here, it feels more like a case of the devs trying to cram in a high quantity of features over a high quality of features.  Once it becomes stable – and I do believe it eventually will as it is already in a much better state than it was upon release – really hardcore 4X strategy buffs may enjoy the title.  It is hard for me to recommend it to anyone else, however. 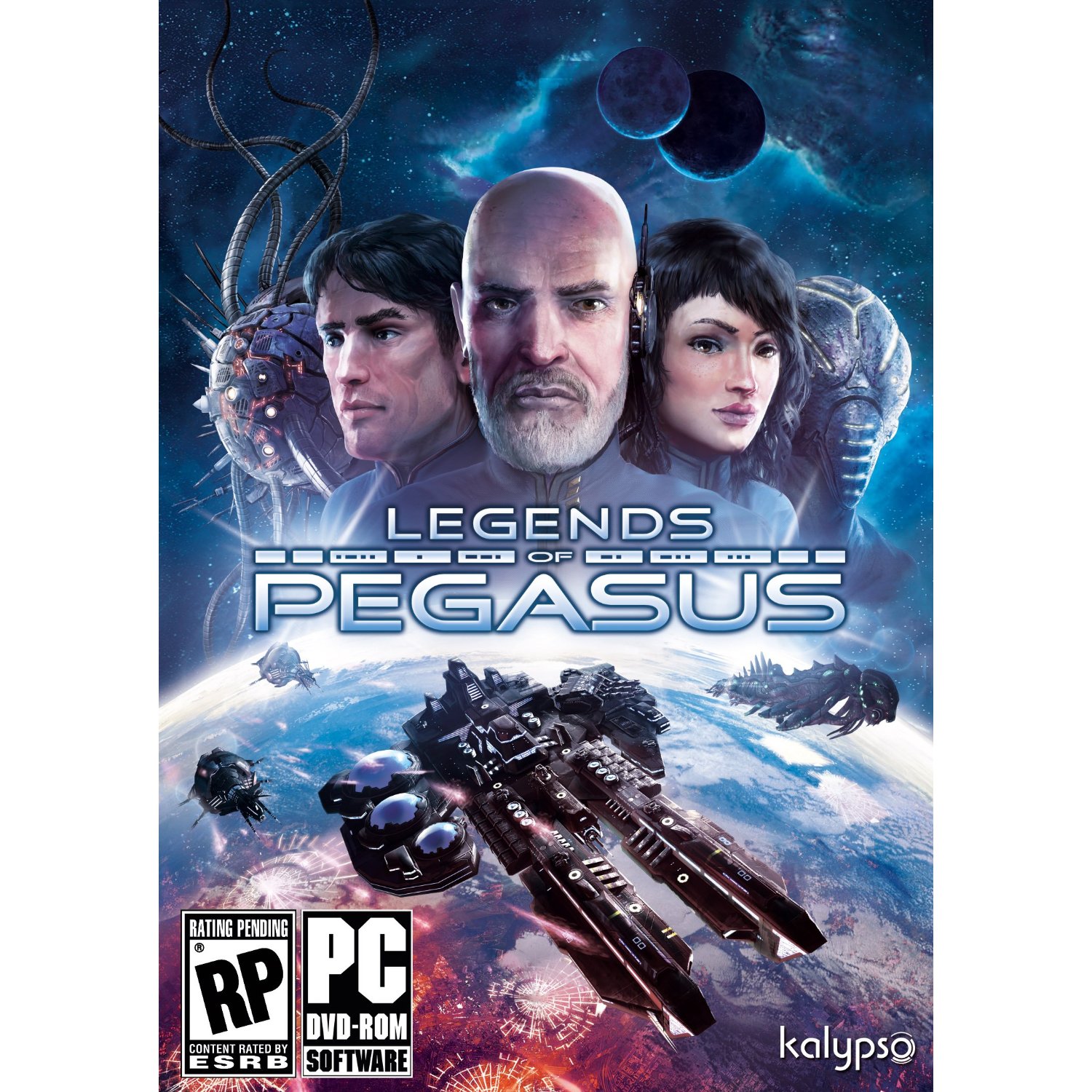