I have been noticing a lot of collectible card games for the iOS lately, and it makes sense really. Matches are usually quick, there is a competitive online element and they tend to be more strategic than action-based. I first heard about Guardian Cross by Square Enix some time ago, and it finally got its release and I have been playing it daily since. 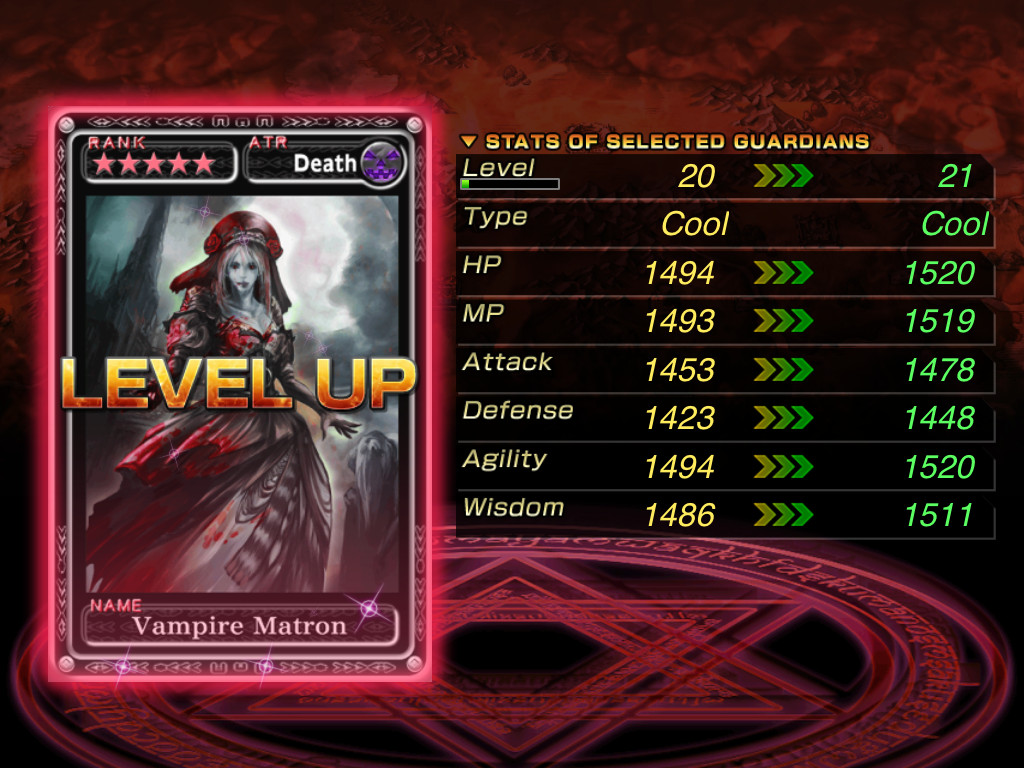 There are several elements to the gameplay, but this is certainly a CCG at heart, though there are some unique mechanics here as well. For starters, you do not buy packs to open like in most other games, but instead use hunting tickets. This introduces you to perhaps the most unique aspect of the game. You use the left side of your screen to navigate a gun scope while tapping a trigger button on the lower right corner and shoot at guardians in the wild.  Guardians can go down in as little as two shots or five (generally). Every time you take a shot, all of the guardians on the map scramble about quickly as they try to avoid being hit again right away. This usually lasts for a couple of seconds, and then they slow down or stop altogether. Once you take a guardian down, their card is added to your stock. There are some other interesting wrinkles mixed into this hunting mechanic.

The creatures will sometimes flash red with the word ‘break’ – which means if you can hit the guardian right at that moment, you take them down in just one hit. This can get tricky though if you just fired and the critter is scrambling about, making it much easier to miss your shot. You also only have a handful of shots you can take before needing to reload, which uses up precious seconds – you only get sixty seconds per hunt. That can be extended however, by finding and taking down creatures flashing yellow. There are usually one or two per session on the map, and taking them down not only grants you the creature’s card for your inventory, but adds an extra ten seconds to your remaining hunting time. I have also seen one incredibly large creature I have been hunting in the more advanced grounds now, that unlike other creatures has a huge life bar but maintains its damage taken between hunting sessions  By now I have encountered several of these, and they always yield a four star (or better) creature when they do finally go down. 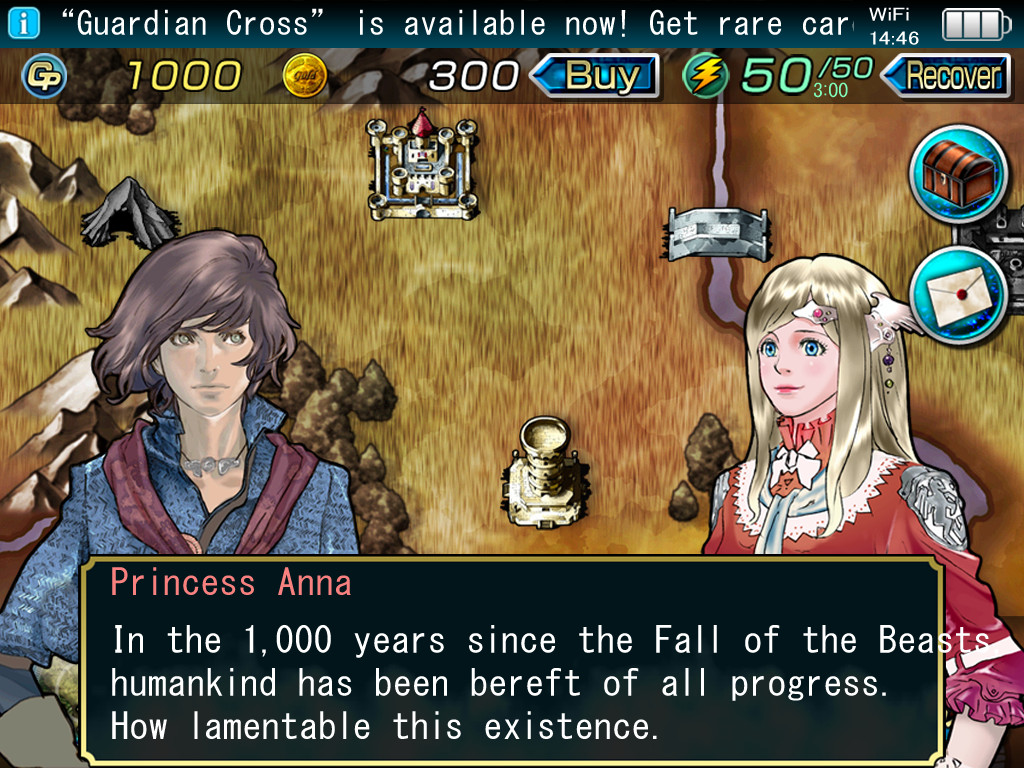 While the hunting mechanic may feel new (and as a note it is much more comfortable on an iPad than an iPhone, simply due to the surface area you have with which to scroll your gun’s scope), other aspects of the game feel very familiar.  You can only play ten cards at a time, and they come in various rarities. The higher the rarity, the stronger the card is. These creature cards can also be leveled up, by sacrificing other unused cards to them for experience. There is a guardian points currency you earn for various things, and this too gets spent as part of the process. Adding experience to lower level creatures is far cheaper than higher level ones. As the creatures level, they unlock new skills. You can also earn orbs which are one-time use items that permanently raise the stats on a specific creature card. Creatures have all sorts of statistics like power, life, defense, agility, innate types of damage and weakness (fire, lightning, light, darkness, etc).

So what do you use these creatures for? Two things. One is a fairly lengthy campaign mode with a story that is better than most of what I have seen out of similar CCG’s. You have a main narrative with ponts of interest on a map, and you access these points of interest to combat people or creatures with their own decks of guardians. Each time you engage in combat, you use five stamina out of a maximum of fifty. You recharge one point of stamina every three minutes. The penalty for losing a match is actually fairly light – your opponent remains damaged and that makes it easier for you to best them again immediately. The downside is you still need to use five stamina with each of these attacks. 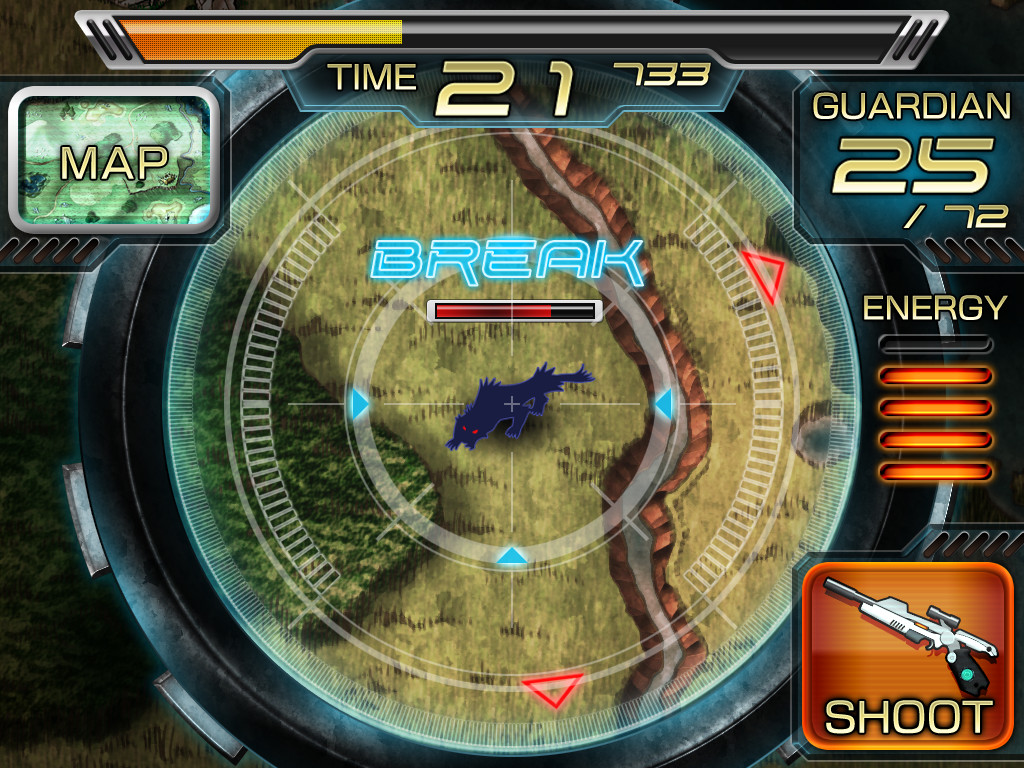 There is also a competitive player versus player component called the Colosseum. Like hunting tickets, you use up a Colosseum Pass to do battle with three different players. At the end, you are awarded points and sometimes an award (usually an orb for stat improvement or guardian points) if you win your rounds. Top performers during a Colosseum session (this one runs about a week) get powerful cards as a reward.

Combat plays out quickly and in automated fashion. Once your deck engages another, your top card fights their top card. The losing card is then removed from the fray, and the surviving card takes on the next one. First deck to lose all of its available cards loses the match. One or two very powerful cards can make all of the difference, and that is what Square Enix is likely banking on – literally. While the application is free, and I feel I have been fairly competitive without spending a cent, you can buy things like potions that restore your stamina (for those who want to progress the storyline without the wait periods) or passes for hunting (to get more creatures), passes for the more advanced hunting grounds (which gives you a better chance at rare creatures) and Colosseum passes. I have been  playing since the release and have quite a few four star creatures and a single five star – without spending any money. 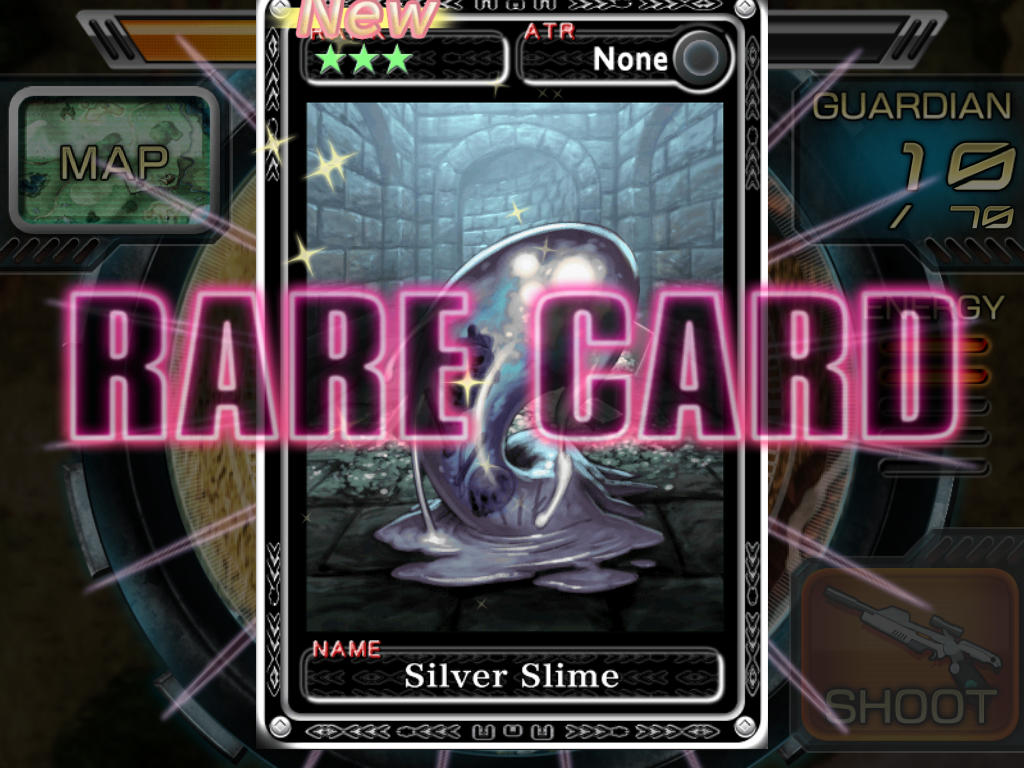 There is also a light social element to the game as well. If you refer a player, both of you get a special rare card (currently they are Final Fantasy themed). You can also spar with up to ten of the people on your friends list each day, and doing so earns you friendship points. Friendship points are just another form of currency that help you buy things like additional hunting passes. You can send items to your friends as well if you are so inclined. If you happen upon a rare silver slime while hunting, that is especially nice because you can send one to a friend on your list while keeping a copy for yourself, and they are solid cards for improving your preferred guardians.

All in all, Square Enix has done a really good job with Guardian Cross. The art on the cards is generally very nice, there are quite a few different things you can do between hunting, fighting in the Colosseum, interacting with people on your friends list or working through the story mode. There are layers of depth, but without reaching the complexity of a CCG like Magic: The Gathering, which may or may not be a selling point for you. I have been enjoying the game quite a bit so far, and if you too are interested in playing, I strongly suggest using a referral code as the rare card you get right off of the bat will help out quite a bit.  Here is mine if you are interested:

Also, if you are interested in adding me as a friend on there, my name is unsurprisingly: Chalgyr

I recommend this effective little time killer if you have an interest in CCG’s, Final Fantasy style art and a bit of competitive strategy. 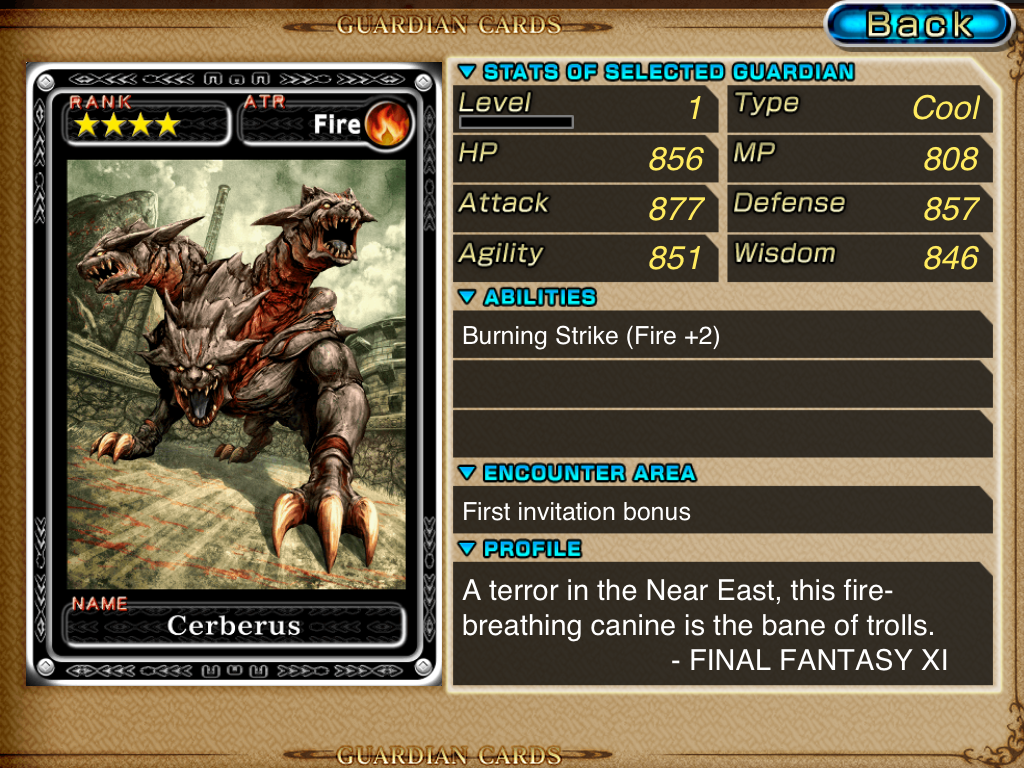