I’m definitely curious about this one.  Not a lot of details have been released yet, but Bioware is having an N7 Day – tomorrow on November 7th, to celebrate the fifth year anniversary of the Mass Effect series. 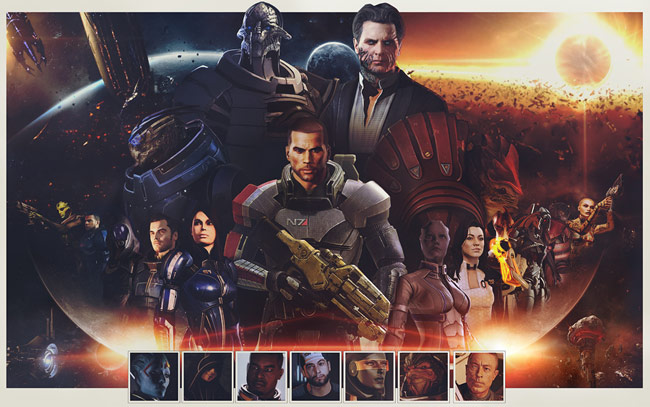 Bioware says they want to unite their fans on this day with somewhat limited details, but hinted at online/in-game rewards and exclusive assets.  I know a lot of people complained when they heard Mass Effect 3 was getting multiplayer, but I think overall that feature has been a success.  It has kept people playing the game long after beating the storyline, and it allows for opportunities such as this.  I know I plan to get some time in tomorrow night after I get home from work.  Here is the statement Bioware issued a couple of days ago on their community site:

Welcome to the first annual N7 Day! To commemorate the 5 year anniversary this month of the original Mass Effect, BioWare will be celebrating with a day filled with in-game and online fun. And you can join us!

Over the last 5 years we have seen Commander Shepard’s tale unfold and it’s been as much a journey for us as our fans. We are humbled by the support and passion of each and every one of you. Mass Effect wouldn’t be what it is today without you, and sharing the experience with our fans was the first thought on our minds. We created N7 Day for you—an opportunity to unite us and our fans in a global celebration of Mass Effect.

It’s a day for everyone, where we can put down our Omni Tools, and raise a glass of Serrice Ice Brandy (or soda for the younger crowd) while we relive our favorite memories from the series.

We have a whole host of fun activities planned for you, too! There will be online events, in-game rewards, behind-the-scenes, N7 Day exclusive assets, and much, much more! Stay tuned for updates on how you can get involved.

Be sure to mark November 7th, N7 Day on your calendars, and join us for a memorable day of festivities— Your day.

I will try to post something tomorrow if some details emerge on what all is offered and then share my thoughts Thursday or Friday on the event.  Given how badly the third game got panned by many of its players for its ending, this is a welcome bit of goodwill toward the community as Bioware has decided to re-release the games as a trilogy pack and has begun talk about the next title in the series.

Rather than make a whole new post, I figured I would just update the existing one with this link from Bioware’s site, found here.  It breaks down some of the stuff, like some downloadable media for your PC, that there is an extra gear pack for those who log in today (I’ll be doing that tonight from home) some community links and so on.